Microsoft is joining a new, $2 billion investment round in Cruise, partnering with the autonomous vehicle company and General Motors to work on commercializing driverless technology. The deal will see Cruise valued at $30 billion, with Microsoft joining not only GM but Honda and other investors in adding new equity to the self-driving firm.

Even in an industry known for its big-ticket spending, it’s a considerable play by Microsoft to wade into the autonomous vehicle space. Cruise began as a startup in 2013, then was acquired by GM in early 2016; at the time the deal was believed to be worth anywhere up to $1 billion.

Since then, the company’s ambitions have expanded. Last year, Cruise showed off Origin, a purpose-designed autonomous vehicle that it intends to launch for ride-hailing services. Built atop GM’s Ultium electric vehicle platform, the pod-like AV has no traditional driver controls and is instead fully-self-driving. GM and Cruise worked with Honda on developing Origin, which is expected to be produced at GM’s recently-renamed Factory ZERO plant in Detroit. 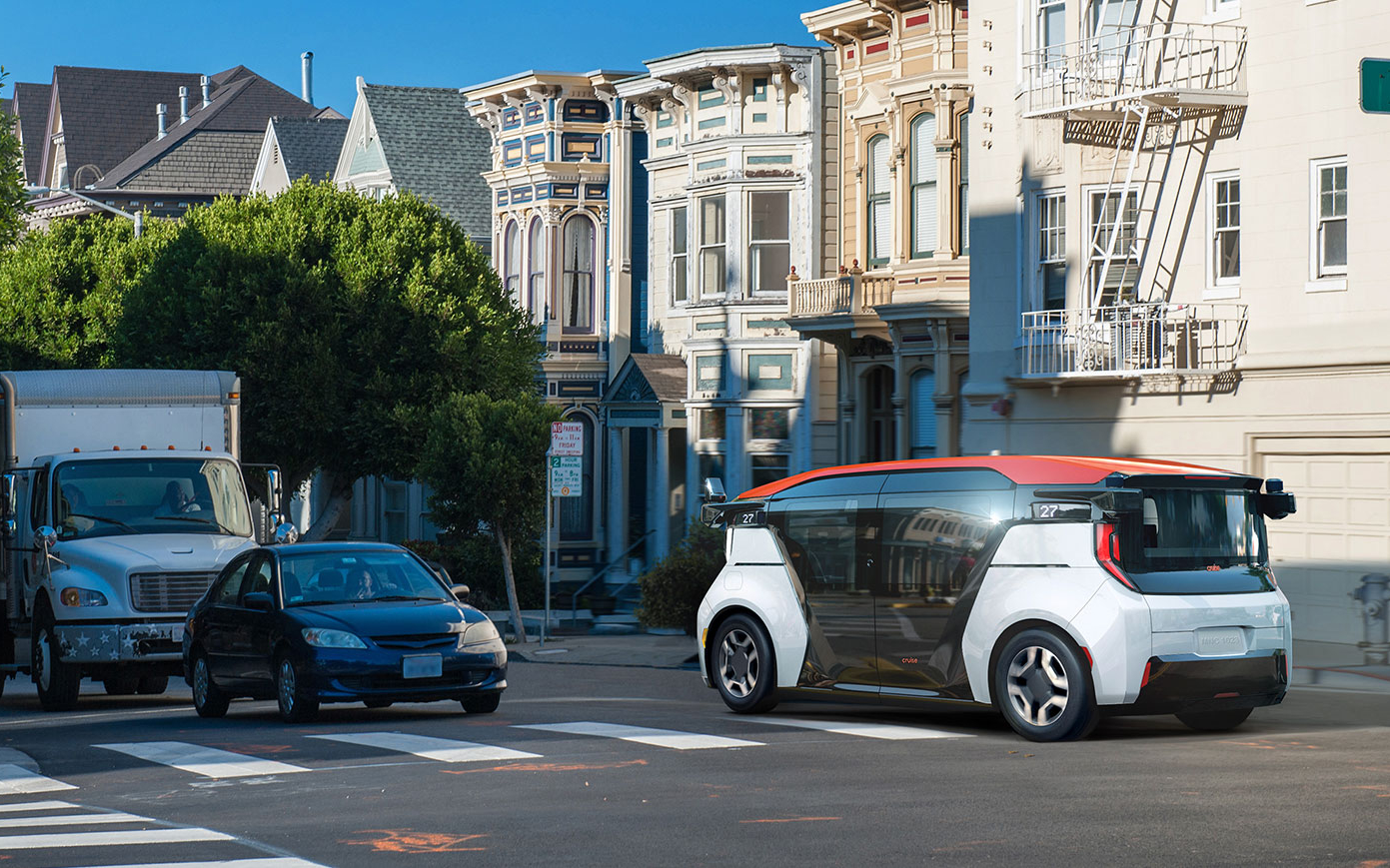 For autonomous vehicles, of course, hardware is only part of the challenge, and arguably the easier part at that. With Microsoft onboard, Cruise will use Azure for its cloud and edge computing.

Unsurprisingly, each of Cruise’s vehicles – whether Origin, or its Chevrolet Bolt EV-based prototypes currently operating on public roads in San Francisco and elsewhere – is connected, constantly sharing data to, and pulling data from, the cloud. Edge computing, effectively distributing processing power around the cloud to help reduce latency, among other advantages, has already been tagged as having significant potential among autonomous vehicle projects. One possibility is that those more localized computers could act as filters, doing an early pass across data shared by a fleet so as to make combining it centrally more efficient and faster.

Cloud support will also be vital for commercializing a ride-hailing business, which Cruise expects to be its main path to profitability. Users will be able to summon a car with an app, with Origin vehicles automatically deployed to collect them. That all requires a capable backend in which to manage a fleet, watch out for potential maintenance or servicing issues, and handle regular charging for what will be fully-electric pods.

Cruise won’t be the only area in which GM and Microsoft play more closely moving forward. GM is also making Microsoft its preferred public cloud provider, “to accelerate its digitization initiatives, including collaboration, storage, artificial intelligence and machine learning capabilities,” the automaker said today. In addition, it plans to “explore opportunities with Microsoft to streamline operations across digital supply chains, foster productivity and bring new mobility services to customers faster.”