Volkswagen has set loose a fleet of autonomous cars in Hamburg, Germany, with the self-driving Golf EVs testing out new systems to deal with unpredictable and congested urban traffic. It’s the first Level 4 trial for the automaker in a major German city, putting not only the vehicles themselves through their paces, but new connected infrastructure systems that allow the urban environment to communicate with the cars traveling through it.

Five e-Golf hatchbacks will be used initially, the all-electric version of VW’s best-seller. Usually, the e-Golf offers features like 125 miles of range on a charge, Apple CarPlay, and Android Auto. However the automaker’s engineers have given it a few extra upgrades you can’t normally choose on the order form. 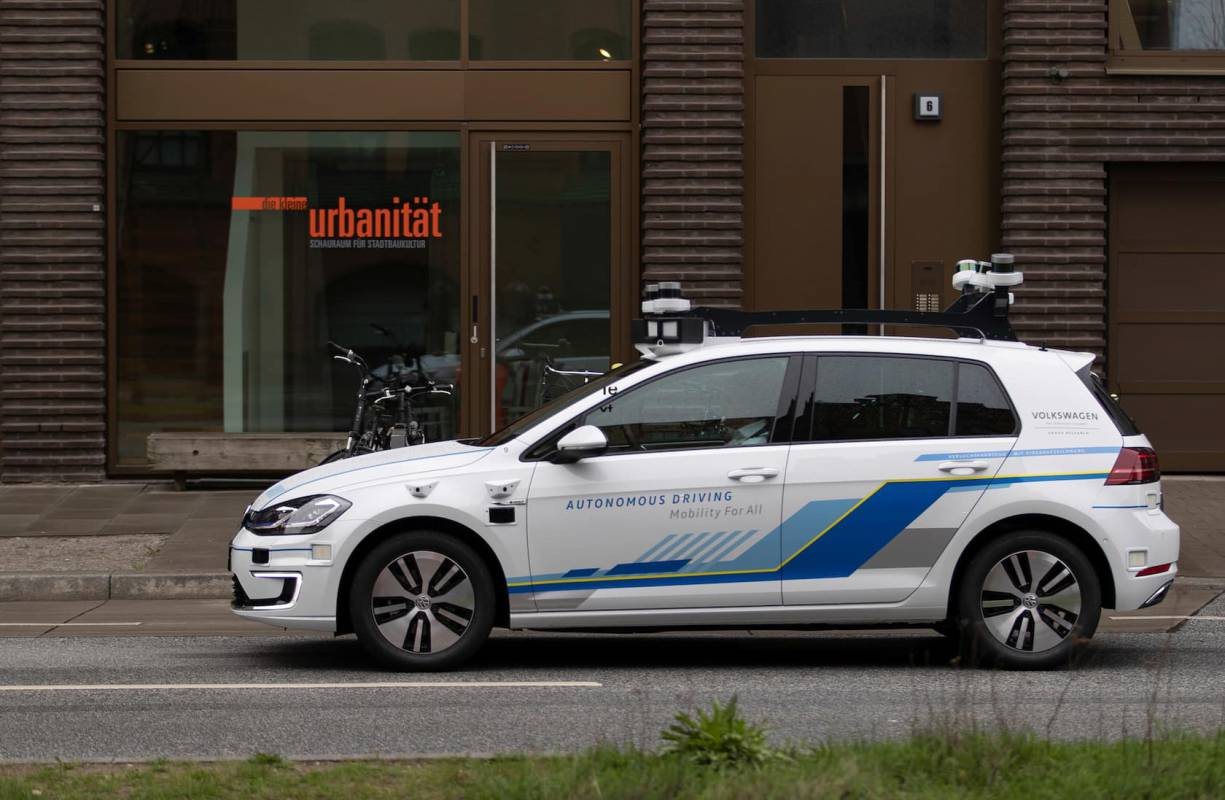 Each car has eleven laser scanners, seven radars, and 14 cameras. There’s a new onboard computer – which Volkswagen Group Research says is the equivalent of roughly fifteen standard laptops – in the trunk, to capture and process up to 5GB of data gathered per minute on each autonomous test drive.

The autonomous e-Golf will be able to recognize pedestrians, cyclists, other cars, intersections, rights of way, parked vehicles, and lane changes in moving traffic. However there’ll also be data fed into the vehicles from the city itself. Hamburg is in the process of upgrading its traffic lights for intercommunication with the cars, allowing them to send data to the e-Golf fleet, and receive data in return. 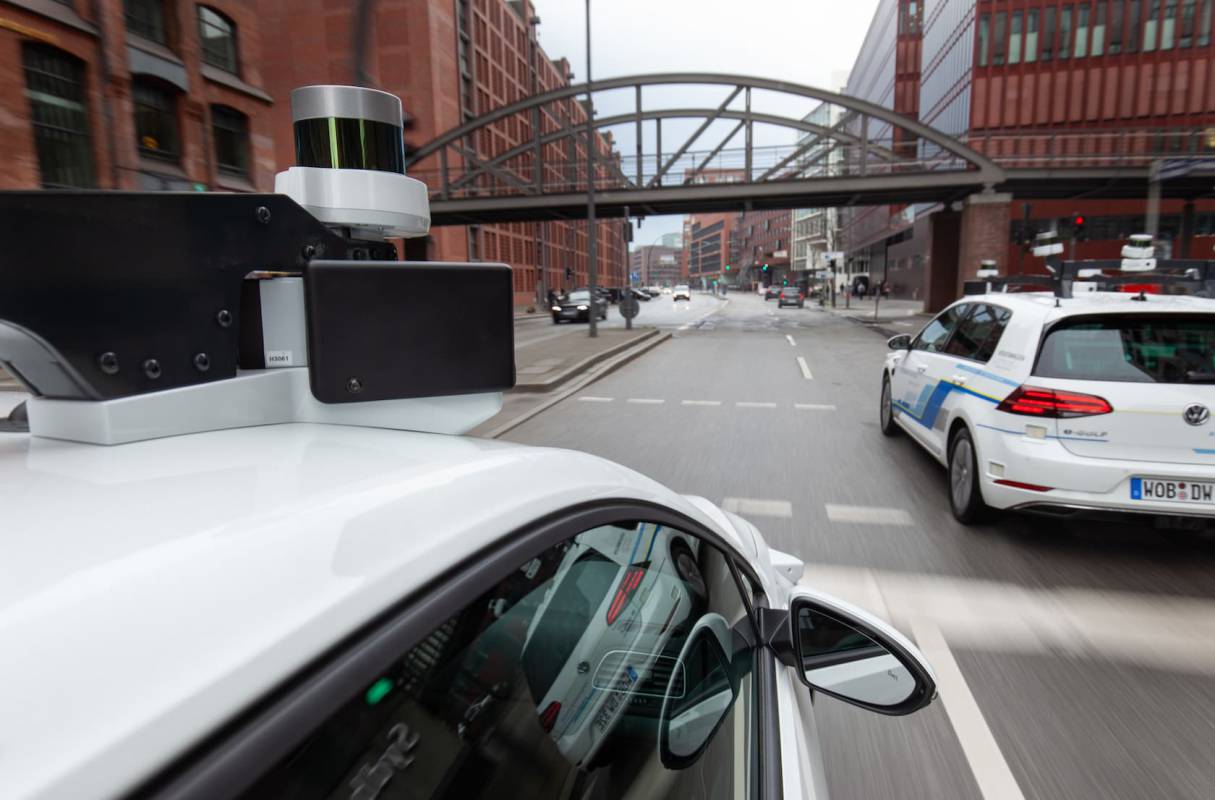 So far, six traffic lights on what will eventually be a 6.6 mile test route have been upgraded to support V2X, or Vehicle to Infrastructure, communications. By the end of the year, though, the city expects that number to grow to 37, and also include a V2X-enabled bridge. The goal is to explore how better connectivity between vehicles and infrastructure can ease traffic congestion and improve overall route guidance. 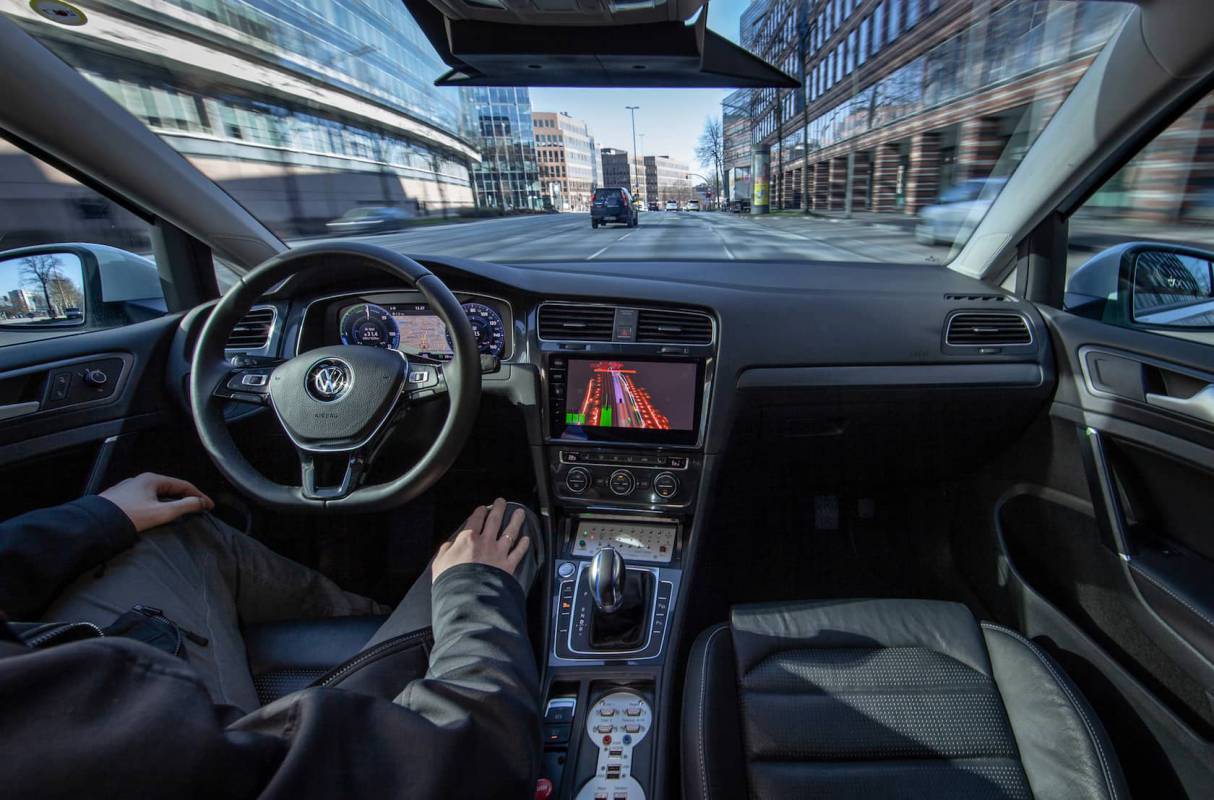 What it won’t be, though, is an unmanned test. A trained safety driver will be behind the wheel, ready to take over in the case of an emergency. That’s required by current German law.

“The tests center on technical possibilities as well as urban infrastructure requirements,” Axel Heinrich, Head of Volkswagen Group Research, said of the trials. “In order to make driving even safer and more comfortable in future, vehicles not only have to become autonomous and more intelligent – cities must also provide a digital ecosystem that enables vehicles to communicate with traffic lights and traffic management systems as well as with one another.” 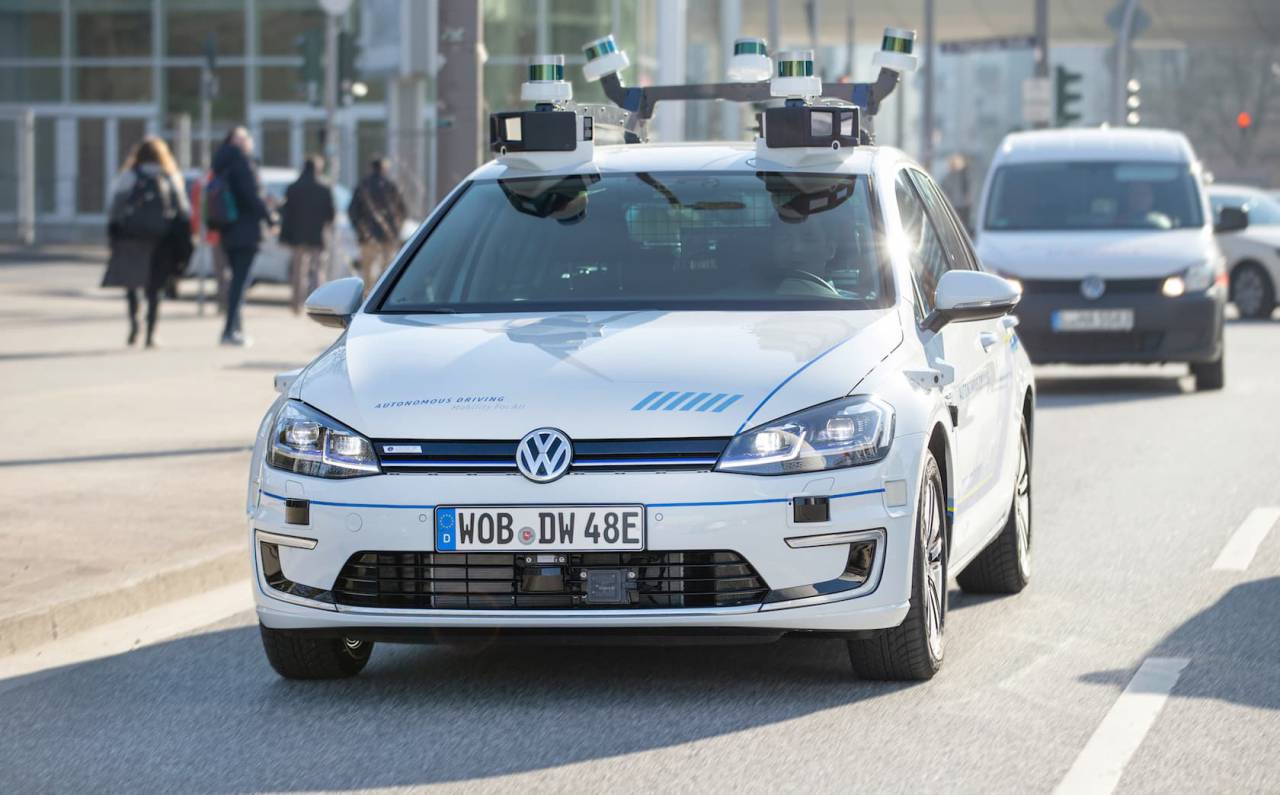 The test route is expected to be completed by the end of 2020. VW likely won’t be the only automaker to make use of it, mind; the city of Hamburg says that “other interested users from industry or science” are welcome to run trials there too. The goal is to reposition Hamburg as “a model city for intelligent mobility,” with more projects to come in 2021.

VW won’t necessarily be going it along on autonomous driving, however. The company is believed to be negotiating the potential to combine forces with Ford on a team effort for self-driving vehicles, building on the two automaker’s existing research.