Vufine+ wearable display beams iPhone or drone to your eye

Google Glass, among its faults, pretty much killed off the head-mounted display segment, but Kickstarter success Vufine is hoping to reignite interest with its latest wearable. The Vufine+, launching on Kickstarter today, doesn’t attempt to do all of the social networking, notification flagging, and voice-controlled interactions which Glass tried to persuade us we needed, and nor – vitally – does it have a camera. Instead, it brings video from your phone, laptop, drone, or pretty much anything else to your eye-line.

In short, it’s a wearable display, not a wearable computer. The L-shaped gadget has an LCD at one end and two ports at the other: the first, microUSB, is used to charge up the battery, which is good for around 90 minutes of solid use. The other, a mini HDMI, hooks up the Vufine+ to an external video source. 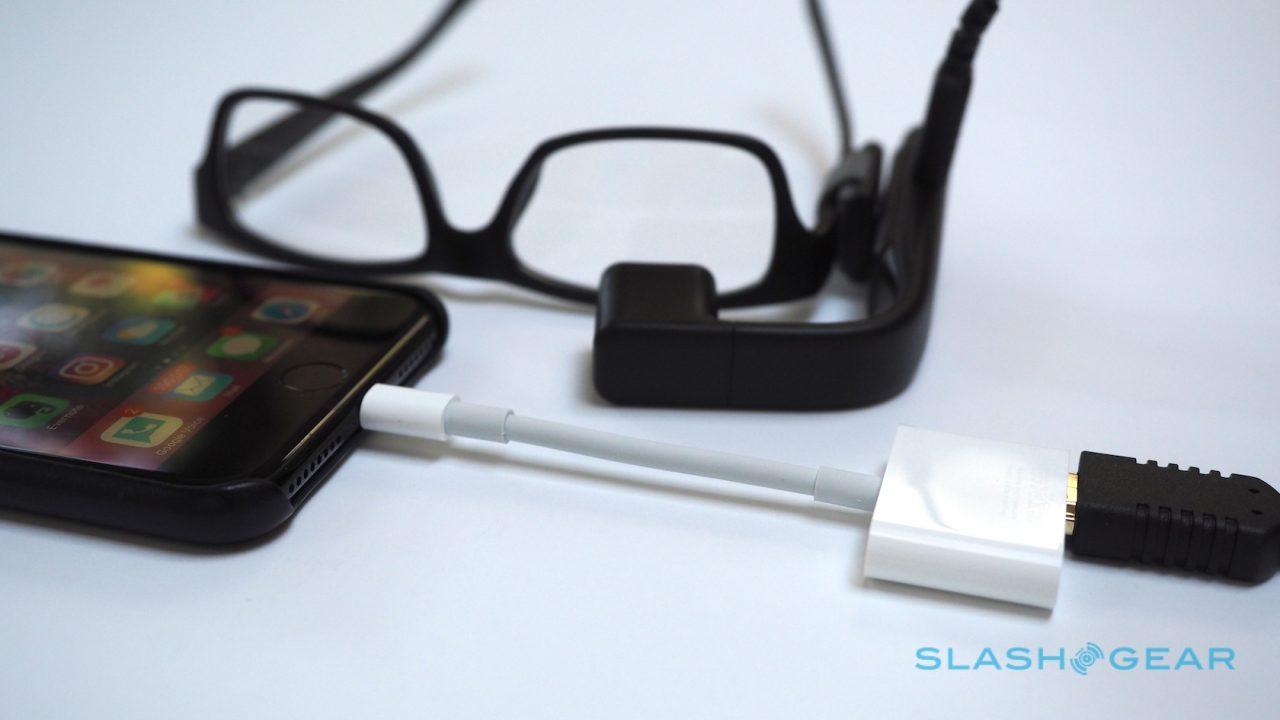 Since it’s standard HDMI – there’s a cable in the box, though you might need an adapter depending on what you’re plugging it into – pretty much anything with that port is compatible. The most obvious device is a smartphone, though it could be a laptop or tablet, the streaming video feed from your drone, or footage from a GoPro. The Vufine+’s display itself tops out at 960 x 540 resolution.

This isn’t Vufine’s first ride on the wearable display rodeo, and it shows from the mounting design. One of my big complaints about Glass was that, though the computing part was self-contained, it was screwed into the headset. The most obvious user-group for it, existing glasses-wearers, therefore had to switch to Google’s not-inexpensive frames if they wanted to keep using prescription lenses, as well as carry a second set of spectacles if they ever wanted to take Glass off but still be able to see. 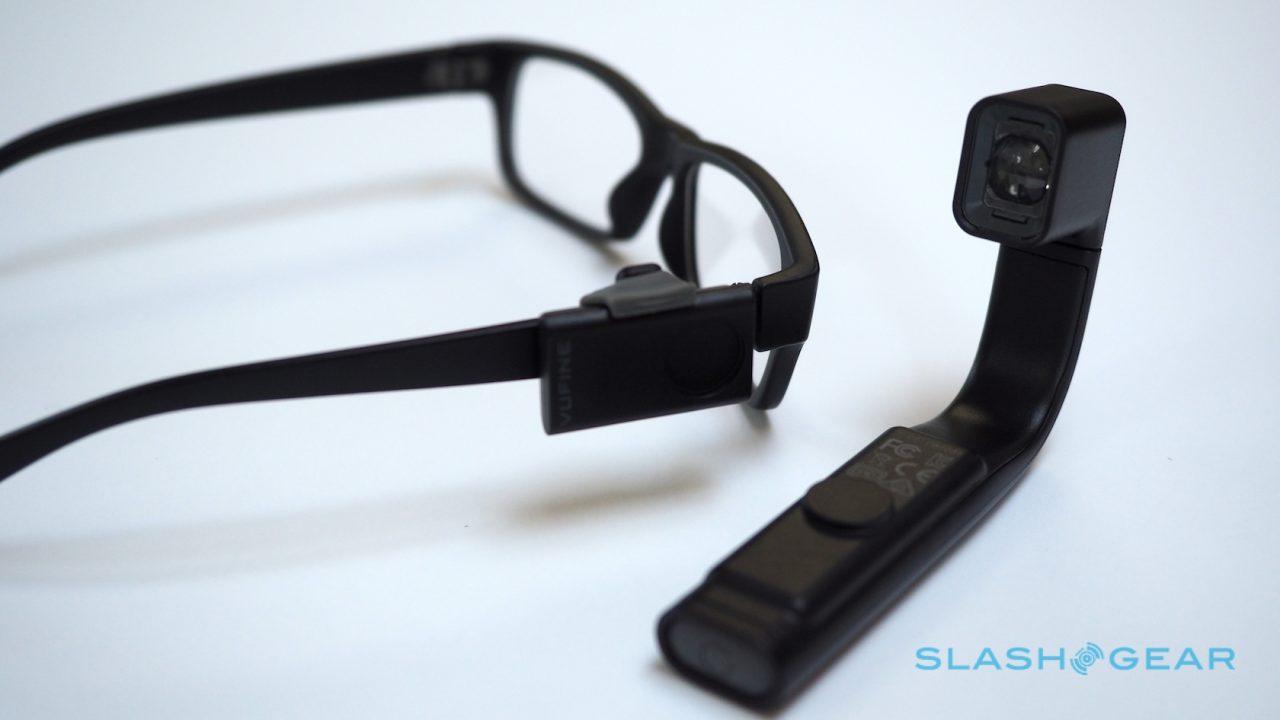 Vufine+ – like its 2015 predecessor, Vufine – is designed to be snapped on and off, however. The mount is a tiny plastic and rubber bracket that clips around the right arm of your glasses; the Vufine+ display itself magnetically attaches to it. It means you can easily remove it when you don’t want to use the display, or while it’s recharging, but not fiddle around unduly when you need it again.

Along with the bracket, Vufine includes a stabilizing arm in the box for those with thinner, wire-style glasses. There’s also a set of generic frames with clear lenses, for those of you blessed with 20/20 vision (or contact lenses). The bracket itself isn’t the most inconspicuous thing I’ve ever seen, but if you wear black frames it shouldn’t be entirely obvious. 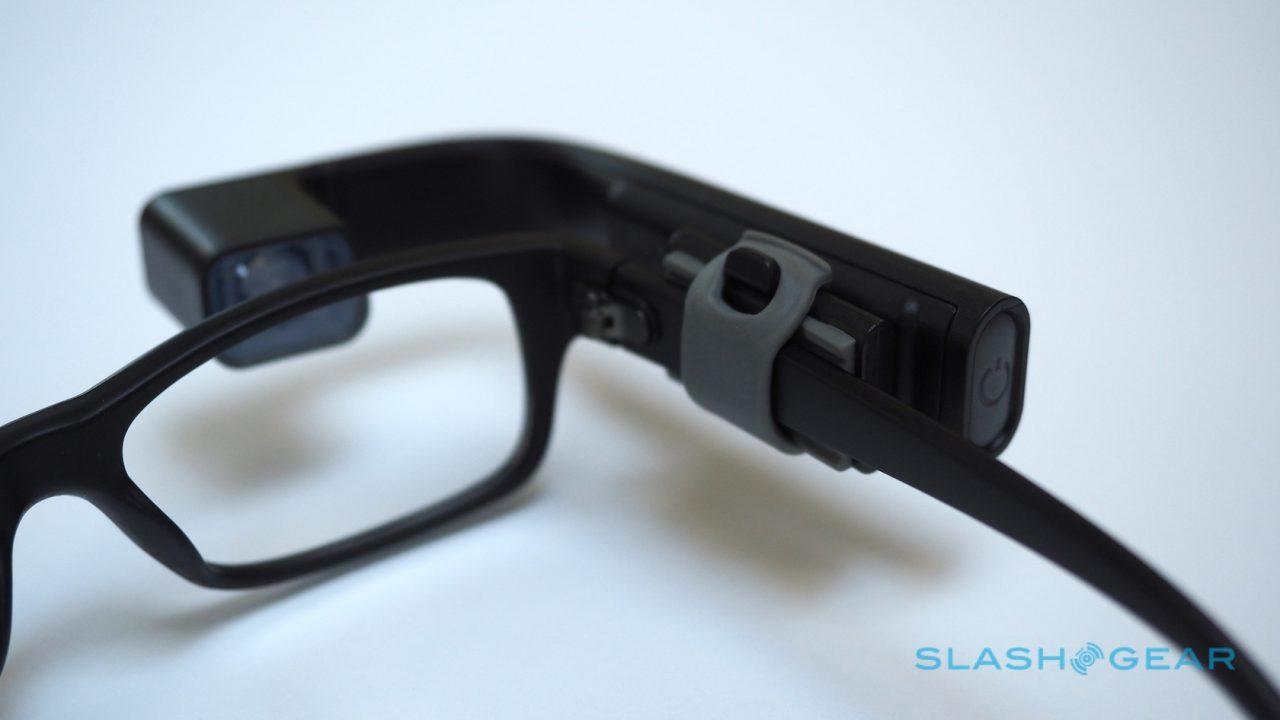 The display clips into place and can pivot up or down. It’s designed for the right eye only – you can’t flip the orientation over for left-eye use – and to be positioned either directly ahead for more consistent use, or pushed up or below your eye-line for occasional glances. Wearing it while also using my laptop, I found it was easy to nudge up out of my sight while typing, then flip into place when I wanted to view something from my phone.

There’s no focusing mechanism, though the eyepiece moves left and right so that you can center it in front of your eye. Pressing the button on the back turns it on; a subsequent press cycles from the standard view, to a zoomed view that magnifies the center of the video, and then a “fit” version which stretches the video to occupy as much of the screen as possible. That’s one of the primary differences over the first-gen Vufine; the other is its ability to handle screen rotation from a connected smartphone. Tilting my iPhone 7 into landscape, the Vufine+ version flipped too. 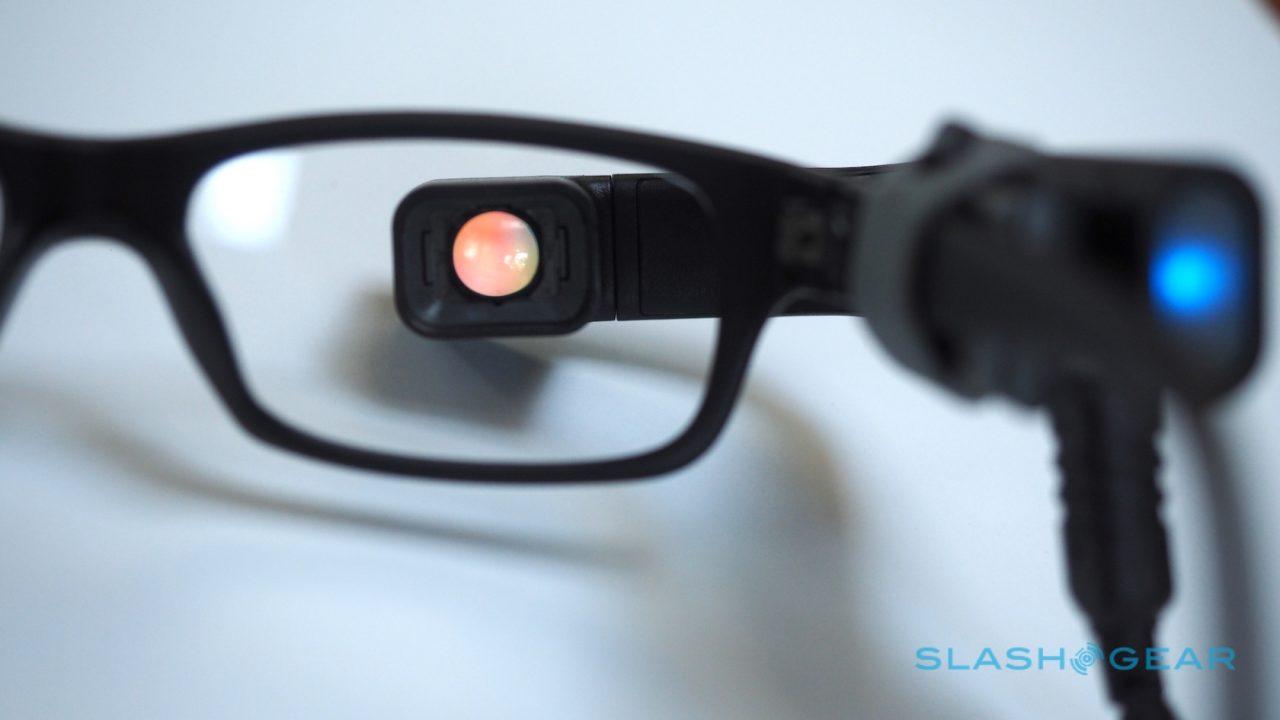 Image quality is surprisingly good. There are no brightness, contrast, or other picture controls, and no adjustments for focus, but I had no problem making out text in iOS. Unlike Glass’ eyepiece, it’s not designed to be transparent – you can’t see what’s going on behind the display – but that helps with brightness, and you do of course have your other eye unobstructed.

The ease of actually interacting with what’s being displayed depends on the connected device. I plugged in a laptop and, being able to type without looking at my hands, was able to put together a text document without too many errors. Trying to type on the iOS on-screen keyboard, however, was more difficult. 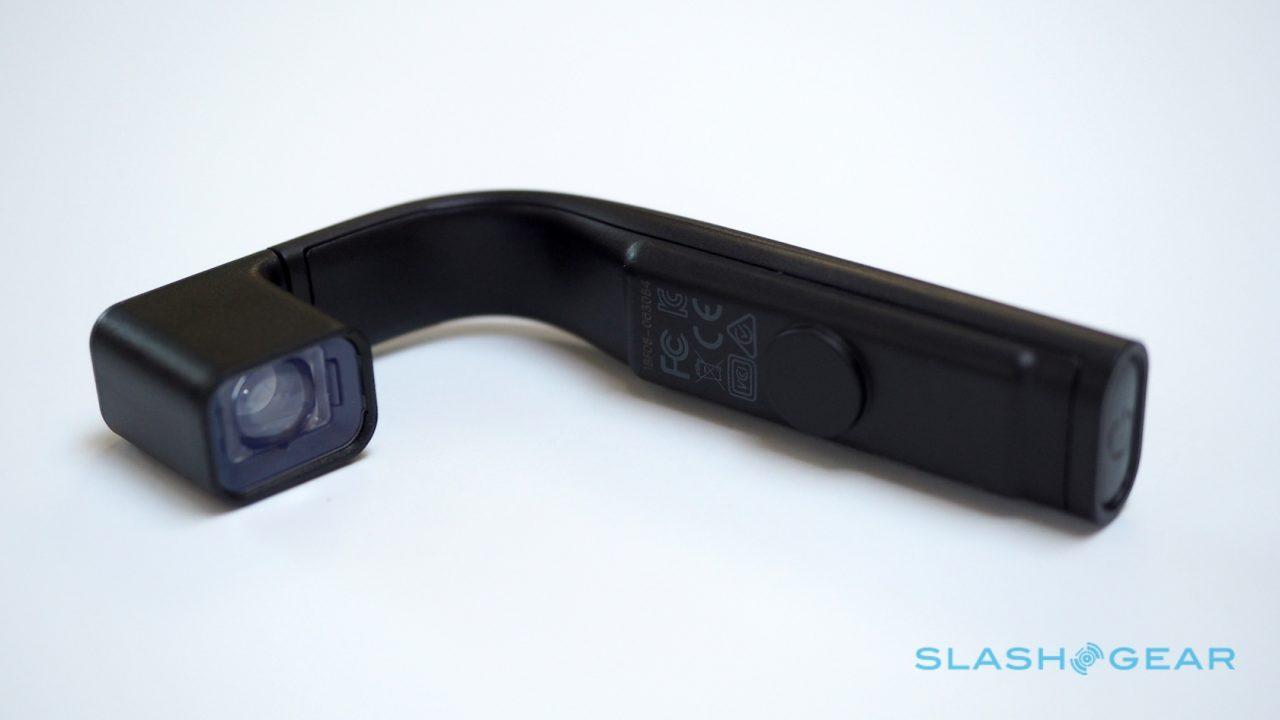 As for comfort, the eyepiece itself weighs around 25 grams, and adding in the magnetic bracket takes that up to around 33 grams. Of course, you also have the weight of a cable dangling off the side, which can leave you feeling a little lop-sided. If you have a wireless HDMI adapter, as some drone pilots use, you could plug that in to avoid the wire, though of course you’d still have the weight of the dongle to contend with. 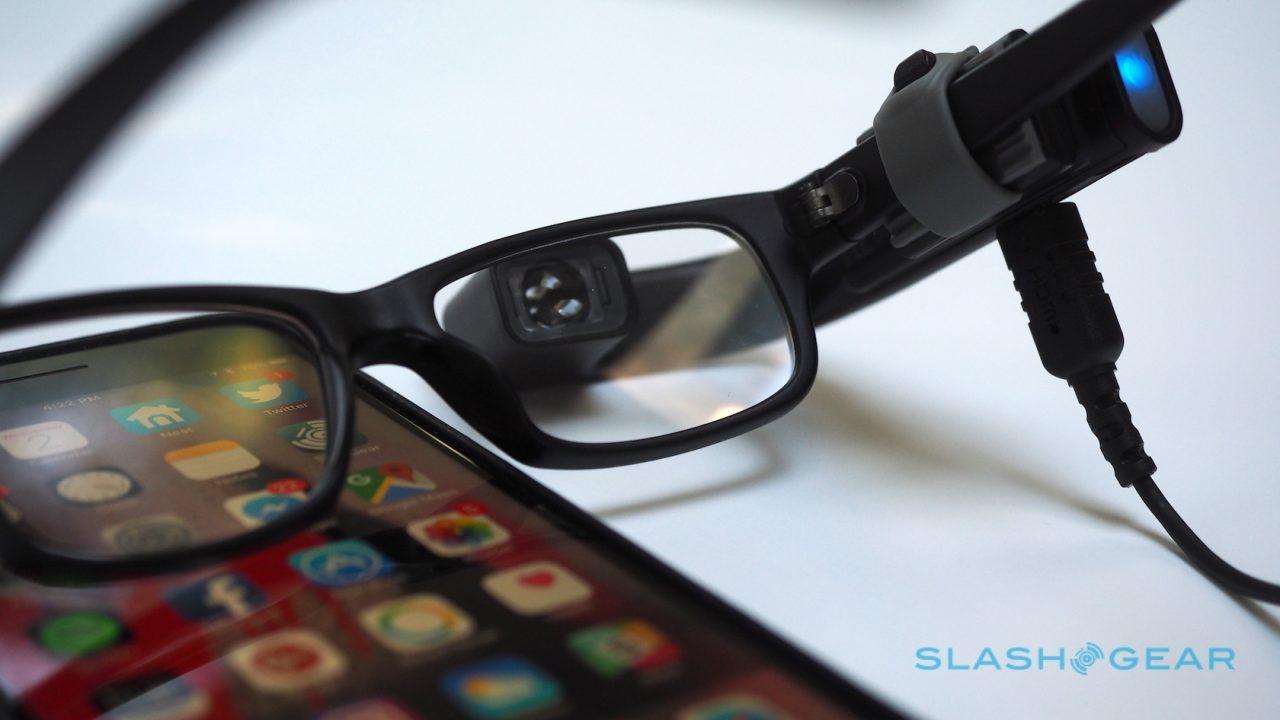 Still, you’re only looking at wearing it for specific purposes (though you could, in theory, also plug in an external battery and power it for longer than the Vufine+’s own 90 minutes) rather than all day, that’s a lot more bearable. It’s certainly not an accessory for everyone, but if you’ve ever wanted a way to keep an eye on drone footage, remotely see your camera’s viewfinder, or interact with your smartphone more discretely, it’s an effective way of doing that.

Vufine’s Kickstarter opens today, priced at $179 (with early-bird pricing for a limited number as low as $159). Regular price will be $199, the same as the first-generation Vufine. If all goes to plan, it’s expected to ship by the end of the year. 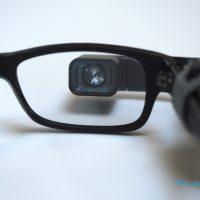 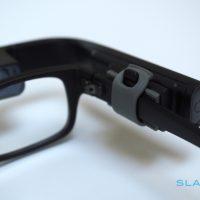 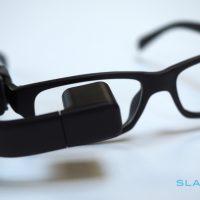 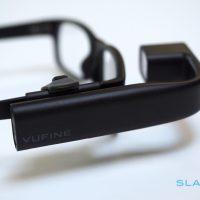 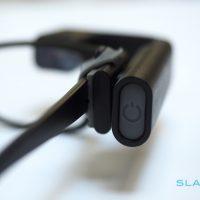 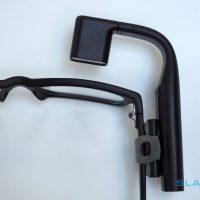 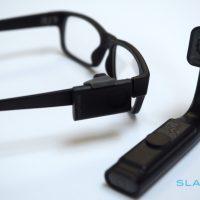 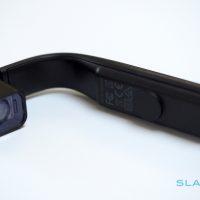 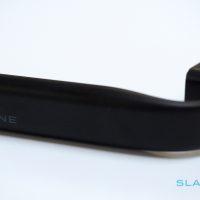 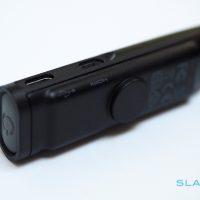 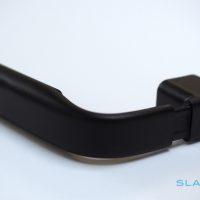 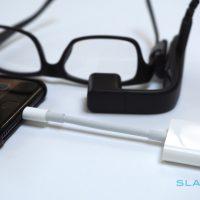 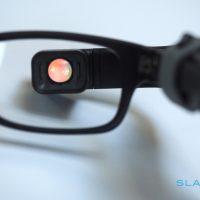 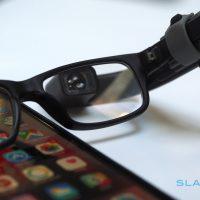 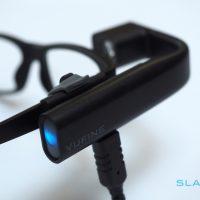