Volvo reveals its new EV brain – and an unexpected promise

Volvo has big EV and autonomous vehicle plans, and it’s bringing software development in-house to deliver it sooner rather than later. The automaker revealed VolvoCars.OS today, its own operating system that will power a new generation of electric vehicles that offer unsupervised self-driving features on certain roads.

Currently, Volvo says, its vehicles include 100+ different ECUs, or electronic control units. These manage everything from adaptive cruise control, to active safety systems, through to cabin lighting and similar, and are pieced together from various suppliers and specialists.

The switch to the new architecture will change that approach dramatically. At its center will be a new core computer, or more accurately two of them, using NVIDIA DRIVE Orin SoCs. Initially, one will focus more on vehicle control and basic functionality, while another is dedicated to autonomous driving and other advanced features. The second-generation system, though, will repackage both computers into a single unit, for efficiencies in processing, cooling, and power.

Volvo believes it can cut around 50 ECUs through the strategy, as well as improve flexibility. There’ll be more support for over-the-air (OTA) updates, for example, which will allow broader upgrades to the various components in the EV. It’ll also be instrumental in adding progressively extended capabilities to systems like Volvo Pilot Assist, its hands-off, unsupervised highway driving system. 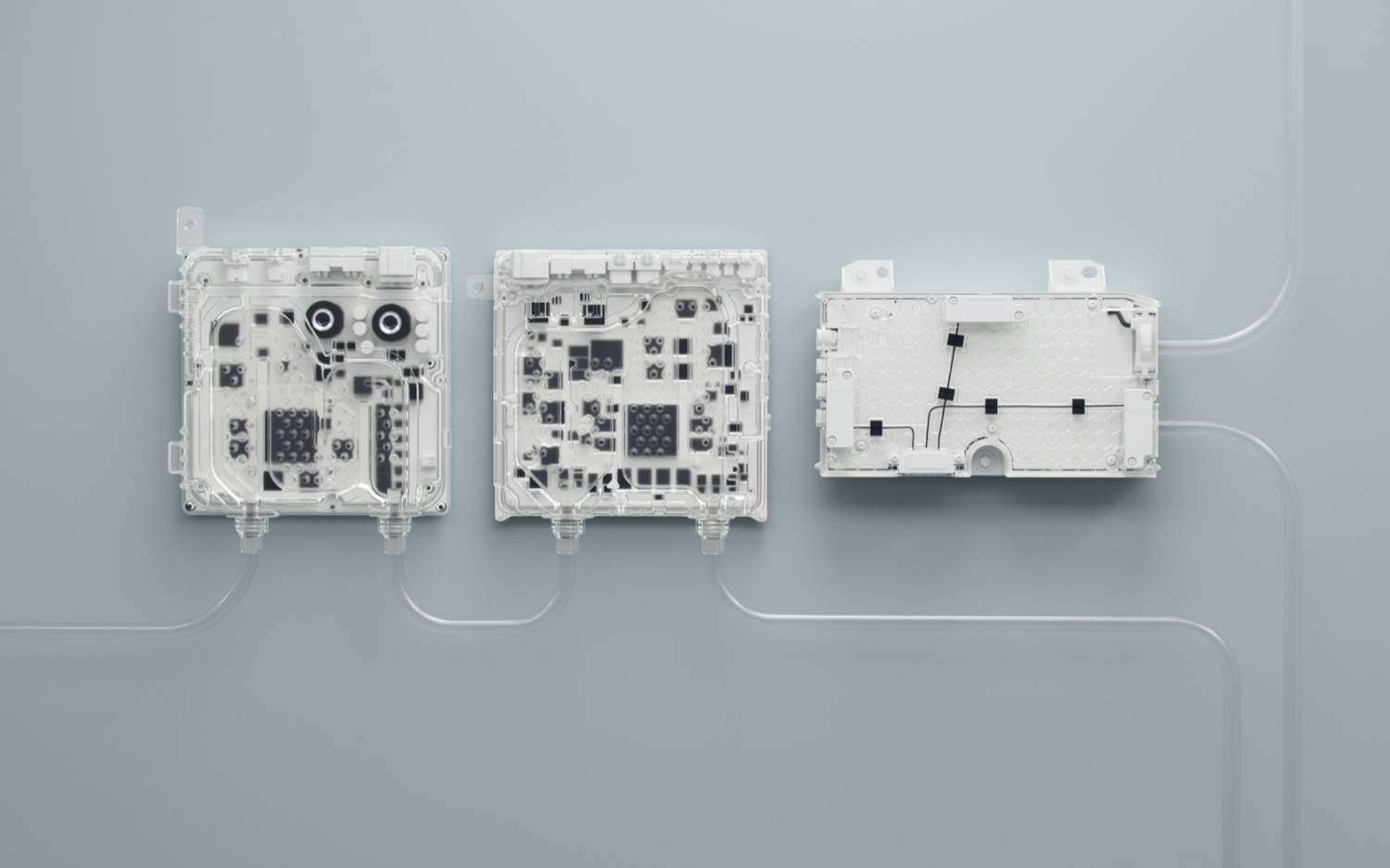 That, along with VolvoCars.OS, is expected to debut on the new XC90, the new electric SUV on track to be revealed in 2022. That will also see a LIDAR sensor fitted above the windshield for the first time on the automaker’s vehicles, using Volvo-backed Luminar technology. It’ll be an increasingly instrumental part of Volvo’s fleet moving forward.

The LIDAR has a range of 230 to 300 meters (755-985 feet), Volvo says, and will be one of a range of sensors onboard. That’ll include cameras, ultrasonic, radar, and others. Unlike Elon Musk’s approach with Tesla Vision, Volvo is counting on more data sources and types of data being a good thing.

“You have another source of vision,” Håkan Samuelsson, CEO of Volvo, points out. “We also have cameras, of course you have radars, and you have LIDAR on top, and it’s better. All of these will be blended into the computer vision system. The car is going to see better, and with that it’s also going to be a safer car.”

LIDAR isn’t an inexpensive sensor, but Volvo is looking beyond the idea of a self-driving upsell. “If there’s technology that can save lives, it’s hard to see that as optional,” Samuelsson says.

To justify that, Volvo is trying to take a step back as it absorbs new hardware costs into the overall bill of materials. “We’re not talking about one device to put on the roof of the car, we are talking about something really strengthening the brand, really increasing the value,” Samuelsson argues. Safer cars, including those with limited top speed as Volvo already does, will also be cheaper to insure. That’s particularly key, as Volvo has said it plans to bundle insurance with its new EVs.

“The total cost of mobility – that’s really the cost we’re looking at – really has to be taken into consideration,” Samuelsson concludes.

Opening up new potential income streams, meanwhile, will be a key aspect of VolvoCars.OS. It’ll effectively be an umbrella across platforms like Android Automotive OS, QNX, AUTOSAR, and Linux, and Volvo will have various APIs which it expects developers to use to create new services and applications for Volvo vehicles and owners.