Volvo and Ericsson want to get your next car talking to the cloud, with a deal that will see future Volvos navigating through the Connected Vehicle Cloud as they do the mean streets. The system – which will stretch to all of the countries Volvo sells in – will support app downloads to the dashboard and two-way interaction with vendors and other services, in addition to safety features such as Volvo has explored in self-driving vehicles and  road-trains.

According to Volvo, the dashboard will soon offer the same sort of digital services as drivers are familiar with from home or work. Information, navigation, and entertainment will all be offered from a central screen, and Volvo will be looking to third-party providers such as internet radio, road authorities, governments, toll-road operators, and others, to tie in with the system. 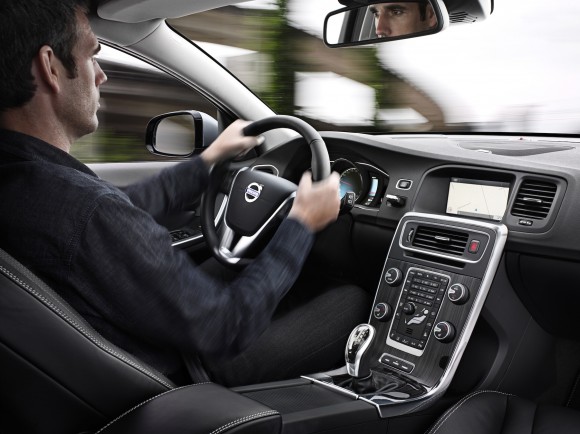 The connection between Ericsson’s Connected Vehicle Cloud system and the individual cars will be encrypted, so as to preserve security – a virus in your dashboard is probably something best avoided – and there’s an ambitious roadmap for developing the technology. Volvo has a history of driver behavior and traffic safety tracking, and elements of each will be integrated with future versions.

Although not quite the self-driving cars Google and others are experimenting with, Volvo’s push into smart-car technology is likely to hit the road far sooner than autonomous transport. Meanwhile, rival firms are experimenting with inter-car communications; Toyota set up a nine acre test track in Japan where the road, street furniture, and other elements can talk with the car’s onboard systems, warning of pedestrians, adverse weather conditions, or other emergencies.

Ericsson too has smart city plans of its own. The company revealed its Networked Society Project earlier this year, an ambitious scheme for ubiquitous connectivity: