Virgin Orbit reveals $3.2bn plan to go public: What Branson is counting on

Virgin Orbit may not be as well known as Richard Branson’s Virgin Galactic, but it could end up just as lucrative as the satellite-launching company plans to go public with a multi-billion-dollar valuation. Spun out of the private spaceflight company in 2017, Virgin Orbit uses an air-launched rocket to deliver more affordable satellite deployments.

That rocket, dubbed LauncherOne, is carried on a modified airplane, Cosmic Girl. The plane – a Boeing 747 – is responsible for carrying the rocket up off the ground, to a height of around 45,000 feet; it then drops from underneath the wing, and takes the satellites to their final deployment position.

A successful launch, with LauncherOne reaching orbit, took place in January 2021. By the following June, Virgin Orbit delivered its first commercial payload to space, with seven satellites released. The company has a maximum payload of up to 500 kg (1,100 pounds) per satellite, and promises significantly cheaper deployments than more traditional systems. 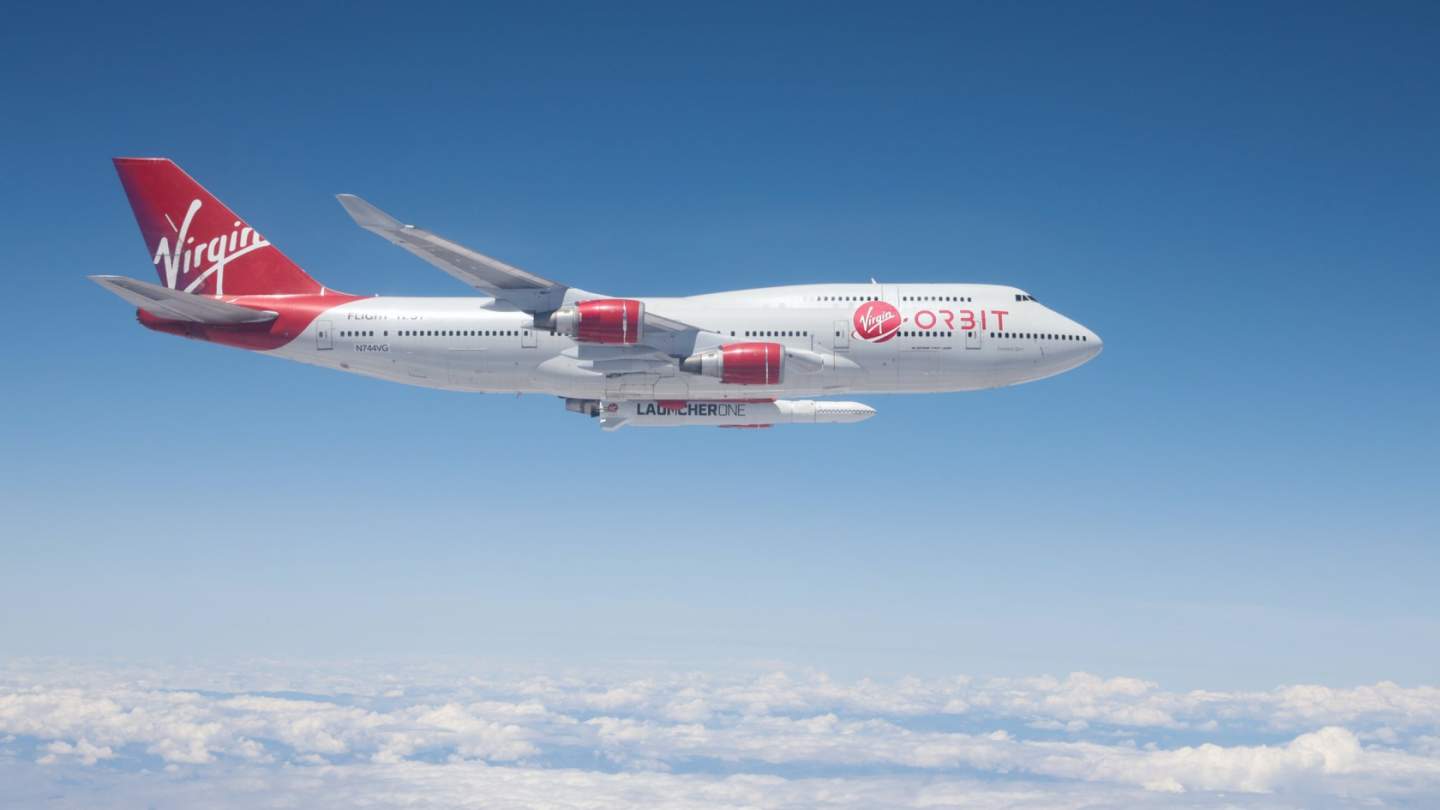 “By beginning each mission at approximately 35,000 feet above sea level and already traveling at a high speed, the simple and reliable LauncherOne rocket achieves a significant performance advantage over grounded launch sites while reducing local carbon emissions and acoustic impacts at the launch site when compared to a traditional ground launch,” Virgin Orbit says. An air launch emits around 90-percent less carbon in the form of smoke and soot onto the local area, the company claims, and air launch sound pollution is around 94-percent less than with ground launch rockets.

Now, courtesy of a merger with special purpose acquisition company (SPAC) NextGen Acquisition Corp. II – which currently trades on the NASDAQ under “NGCA” – Virgin Orbit plans to go public. If all goes to plan, the transaction will close around the end of 2021. The shares will be renamed to “VORB” at that point.

Overall, the SPAC values Virgin Orbit at $3.2 billion. The actual raise for the company, however, is expected to be around $483 million. Of that, $100 million will be a private investment in public equity, or PIPE, round. Boeing and others are expected to take part in that.

Virgin Orbit has said it aims to be profitable by 2024, with approximately $300 million-worth of active contracts already on the books. However the spinoff says it’s eyeing what could be another $2.6 billion in opportunities, including $1.3 billion in active proposals and $2.3 billion in identified opportunities. By the end of 2026, Virgin Orbit predicts, revenues could be in excess of $2 billion.

In addition to satellite launches, Virgin Orbit has also been exploring what’s called a “Satellites as a Service” model, for both Earth Observation and the Internet of Things (IoT). “Virgin Orbit’s IoT offering will focus on connectivity applications for ship management, aircraft, pipeline monitoring, and intelligent agriculture,” the company said today, “which has the potential to help improve efficiency across some of the world’s biggest industries.”