It has begun – Valve and HTC have shipped the first round of Vive VR headsets to developers of all sorts. What you’re about to see is a series of photos of the Vive Dev Kit manual, the box, and the headset itself, as shipped to users across the United States, Canada, and abroad. As Valve’s Chet Faliszek suggests, “this first wave includes a wide range of developers from major movie studios, triple A developers, to small indie teams working on their first title.”

The images you’re seeing here – besides the first, above – come courtesy of developer Devin Reimer who works as CTO (Chief Technical Owl) of indie gaming studio Olwchemy Labs. He and they have created such winning games as Jack Lumber, Aaaaaaculus!, Dyscourse, and Job Simulator.

NOTE: See a whole lot more of this headset in our full HTC VIVE hands-on with SteamVR right now! 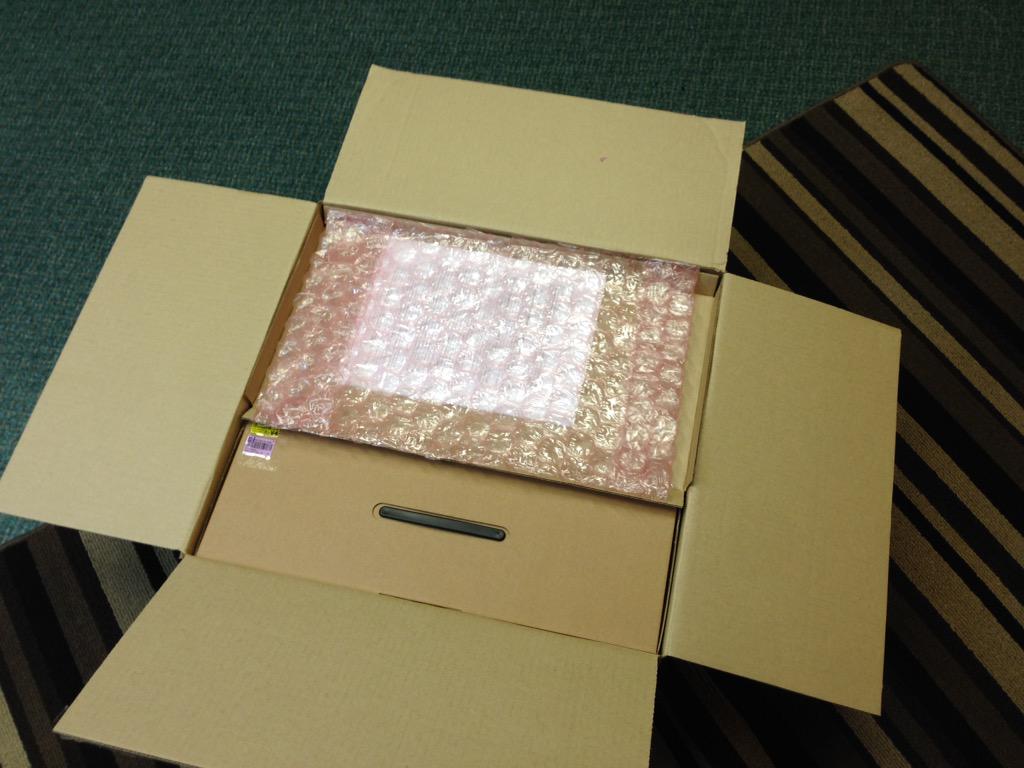 First you’re going to see the box. Innocent enough, but containing more than just the headset itself. Herein lies the headset, controllers, and more.

According to Faliszek, the full kit contains a headset, 2 Lighthouse base stations, 2 wireless Steam VR controllers, various cables, instructions, and “everything else needed to get started.” 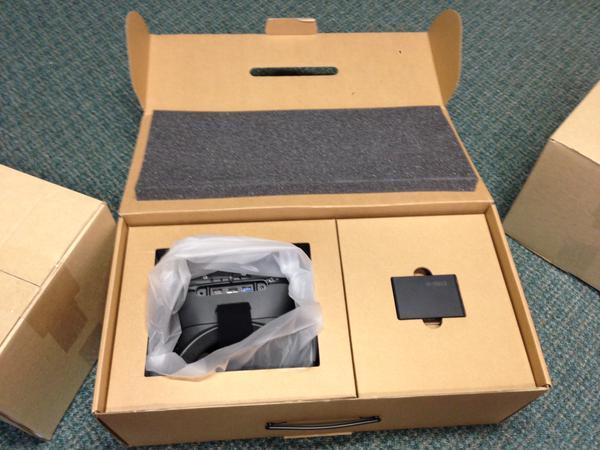 This includes a fantastic illustrated manual, as well – that’s included in the “instructions” bit.

You’ll notice that cats and other humans are not allowed in your development space. You’ll need to get rid of them. 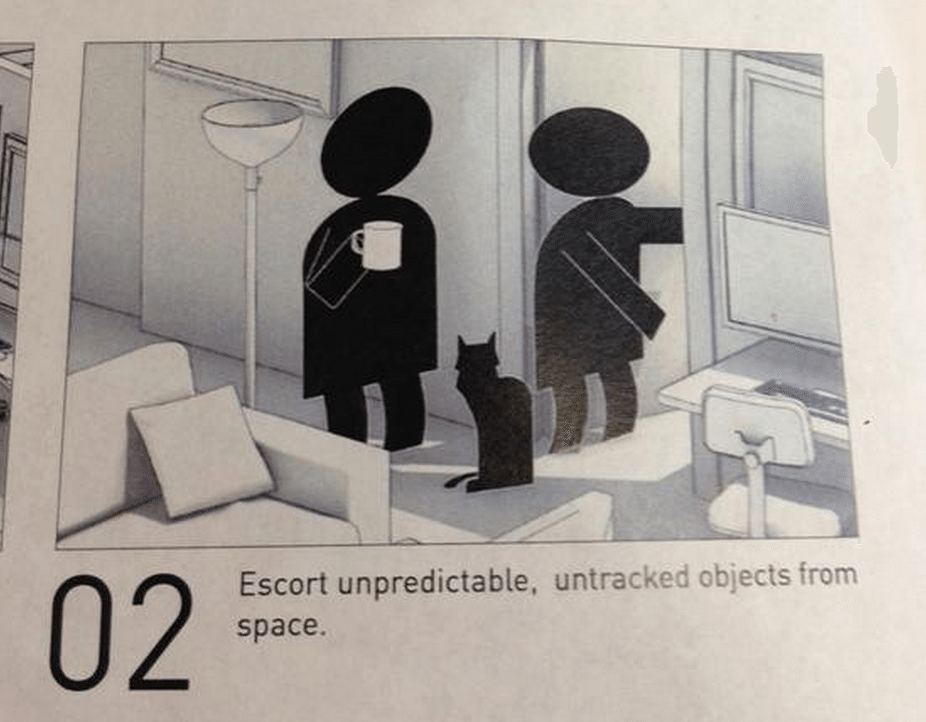 According to Reimer, this is “hands down the most wonderful manual [he] has ever read.” 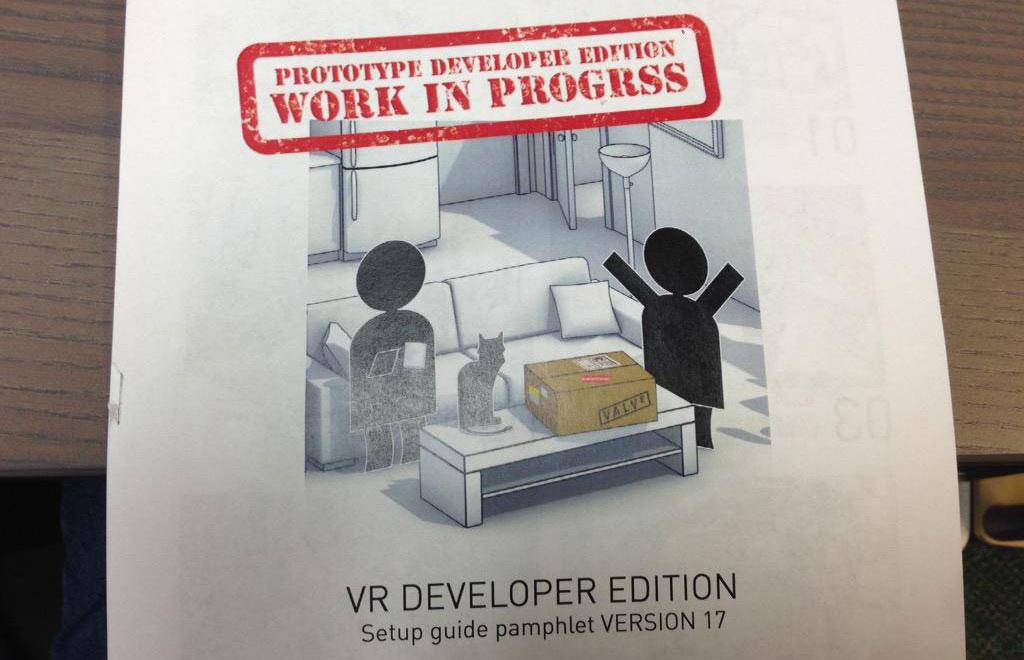 UPDATE 1: Below you’ll see an image as captured by developer Adam Orth from the development group Three One Zero. You’ll notice that this development unit looks just a SLIGHT bit different from the version we used earlier this year. 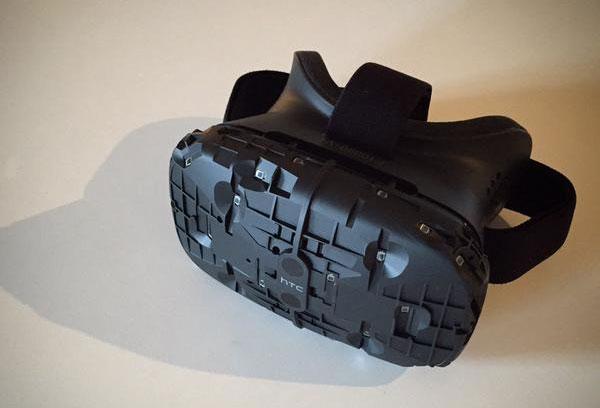 UPDATE 2: Below you’ll see the HTC VIVE developer edition wireless controllers. These were unboxed and photographed by the folks at WEVR. 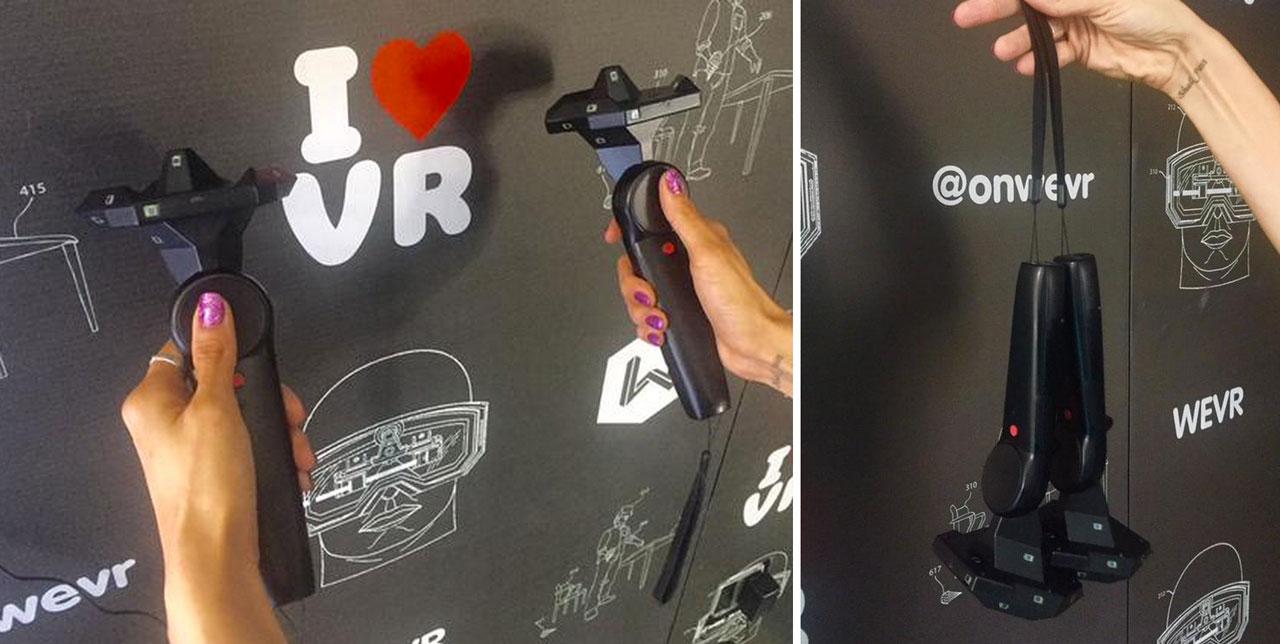 Stay tuned as we continue to collect the bits and pieces and share them with you here!

Also note: One thing we’re particularly interested in is the “major movie studios” the company has shipped to. Does this indicate that groups like WETA Digital are onboard to create more experiences like The Hobbit’s Smaug the dragon in a massive cave?

I don’t think anyone would be surprised.