The VAIO Z Canvas convertible laptop is now available in the United States. We’ve previously reported on this laptop a couple times; it features a tablet portion and a matching keyboard, and is aimed at the creative users out there — those with demanding needs who require a precise stylus and high quality display, among other things. VAIO Corporation first showcased a prototype of the convertible at the Adobe MAX conference in 2014.

The VAIO Z Canvas went up for preorder late last month. The laptop features a 12.3 inch display with a 2560 x 1704 resolution. This is joined by an Intel Core i7-4770HQ processor and Intel Iris Pro Graphics 5200. There’s a detachable keyboard portion, as well as digitizer pen/stylus for drawing and writing. The stylus is notable for multiple reasons, one of which is that VAIO designed it to feel natural, as if one were using a pen. 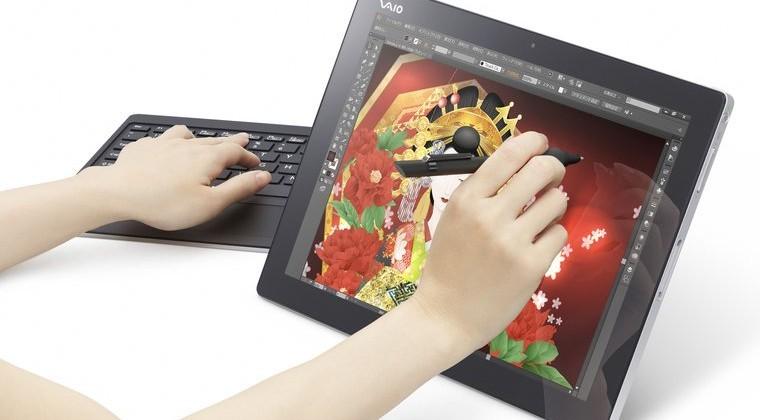 The stylus has 1024 levels of pressure sensitivity. Other features include a kickstand similar to that on the Surface tablets, and wireless functionality with the keyboard. The system runs Windows 10 Pro, which is paired with a 512GB SSD/256GB SSD, and both 8GB and 16GB memory options.