Microsoft’s most impressive and strange project right this minute is the augmented reality headset “HoloLens.” This headset was first introduced back in January at the big Windows 10 event. We’ve had the opportunity this week to go hands-on and eyes-on with the newest iteration of this once-tethered headset at BUILD 2015, Microsoft’s developer conference, and have produced one massive hands-on feature. For those of you wish a slightly shorter attention span, there’s the article you’re reading right now. This is Understanding HoloLens in 5 steps.

Instead of working with “Virtual Reality”, the complete transference of your senses to a fully immersive, separate plane of existence, HoloLens works with Augmented Reality. This is the overlaying of objects onto the environment you’re already in.

Unlike the most well-known virtual/augmented reality headset today – Oculus Rift – Microsoft HoloLens is untethered. This means you’re free to walk around anywhere with the headset on, not worrying about cords.

The first demonstration of HoloLens back in January had a cord connecting the headset to a Windows 10 PC. Now we’re able to have the whole setup resting inside the headset itself.

The hardware is as you see it here, without tether, without a whole lot of buttons to fiddle with. 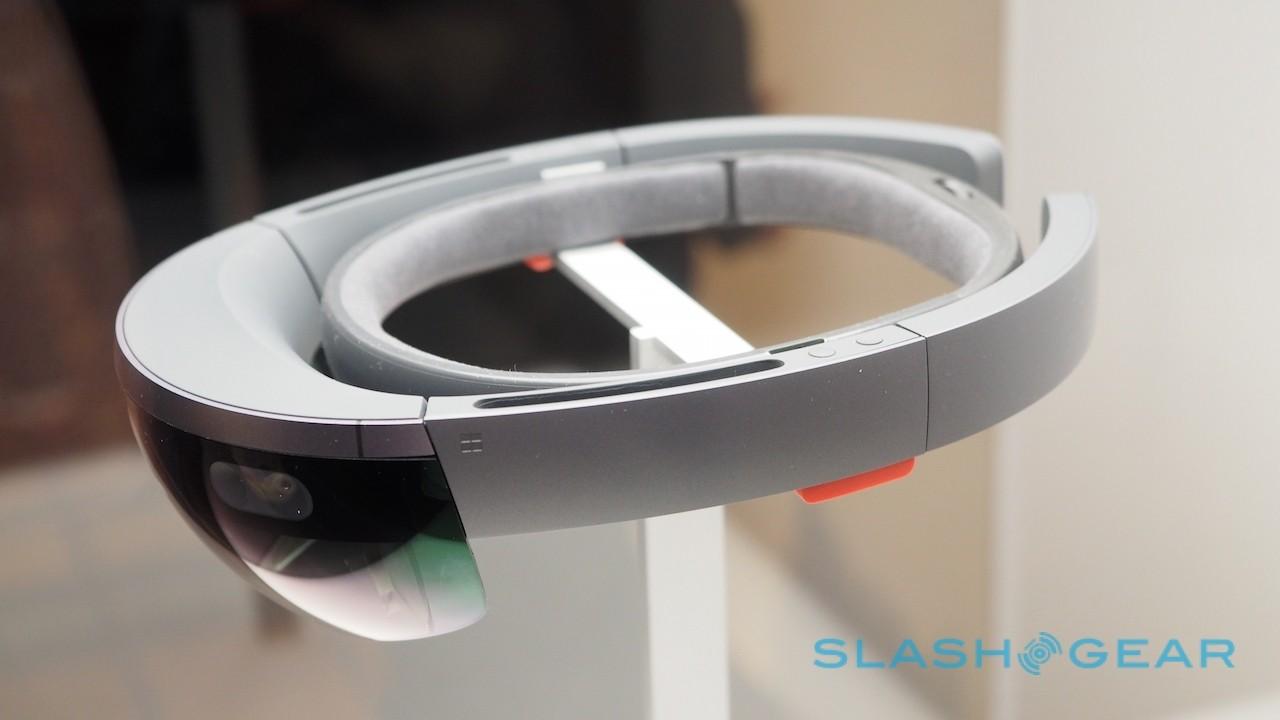 What IS included are the following: 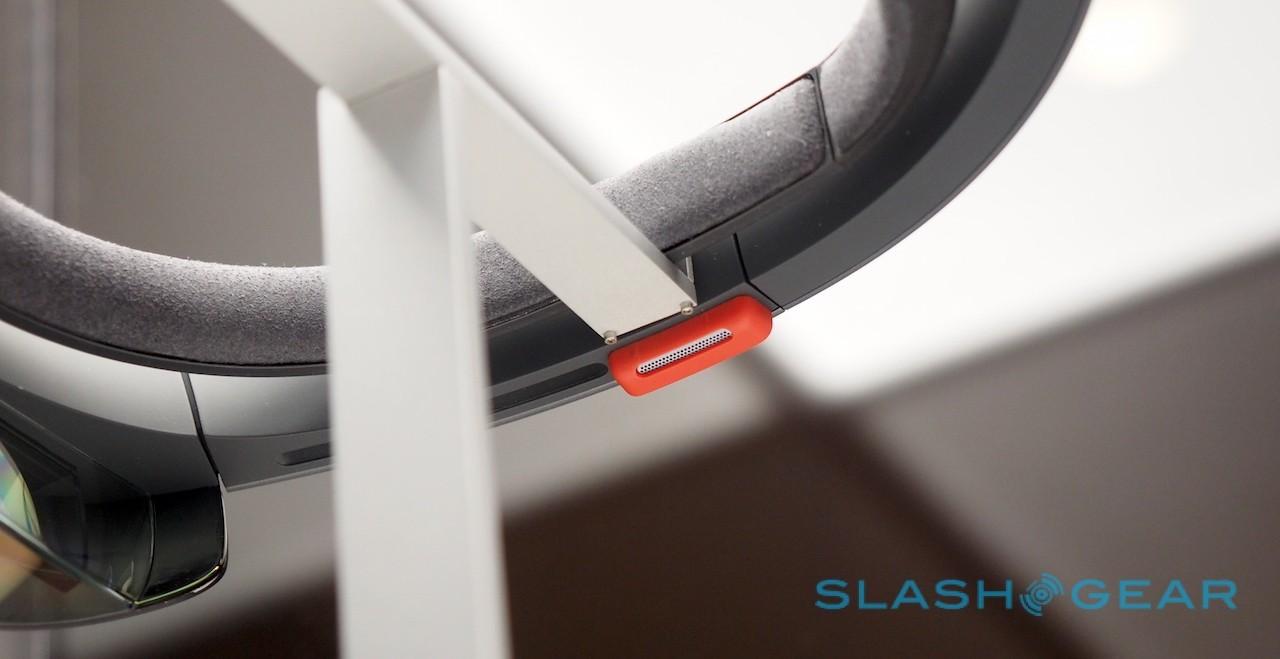 Inside you’ll find the following connections:

We do not know what processor is inside – no word yet on CPU or GPU, or battery life for that matter.

The lenses used in this headset are relatively small compared to our full field of view. The demonstrations you see – like you’re seeing below – are great to show, but don’t necessarily represent what’s being seen by the wearer of the headset.

Unlike a virtual reality headset, where everything that isn’t virtual is blocked, this headset still allows you to see what isn’t being augmented.

Once Microsoft finds a way to cover our full field of view, our mind will be fully “tricked” enough to believe in the vast potential for the headset.

Inside HoloLens you’re using what Microsoft calls Windows Holographic. In this environment you’re using gestures and the pointing of your face to control all elements around you.

There’s a simple circle at the center of your field of vision with which you’ll be selecting items like the pointer of a mouse. To select something – to “click” it or “tap” it as you would on your desktop computer or mobile device, you have to “pinch” it with your fingers.

Not so much of a “pinch” as it is a tap of your index finger against your thumb. 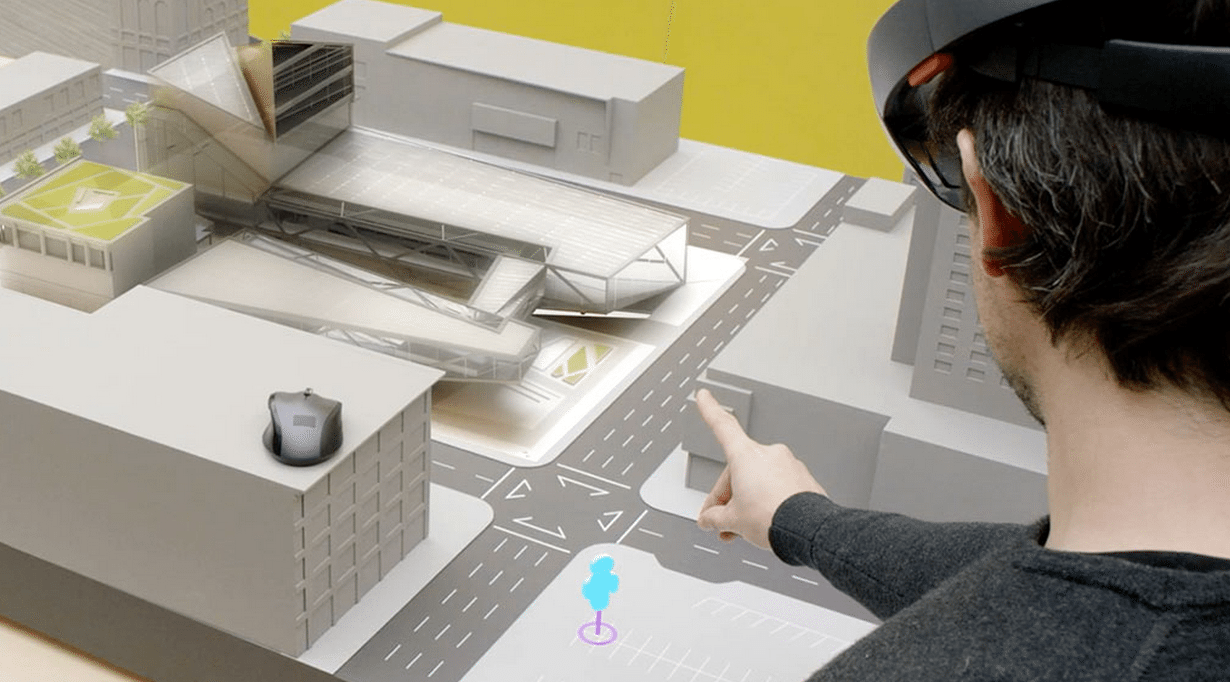 From there it’s a series of wipes, swipes, and push-scrolls to execute all commands.

Unless you’re a voice command sort of person. Per Chris Davies from our full hands-on:

“Finally, there’s voice control, tied into Windows 10’s standard recognizer engine. In fact, there are two options for developers: one always-listening, such as the “reset scene” command which, no matter where I was looking, always took the 3D installation back to its initial state, and another that’s object-specific.”

“So, when I centered the circular pointer over one of the origami balls, and spoke that object-specific command – I picked “Make it so,” because Star Trek seemed appropriate – the ball would drop. Alternatively, I could do the finger-pinch and have the same result.”

Microsoft does not intend for users to wear HoloLens all the time. Thank goodness. Instead, they seem keen to aim the device at these use cases specifically, in no particular order:

Of course gaming will be in there too – but Microsoft is clearly steering away from direct confrontation with the virtual reality gaming universe. They don’t want this to be an us-vs-them sort of deal.

This headset is being positioned by Microsoft to be much bigger than the gaming world alone. 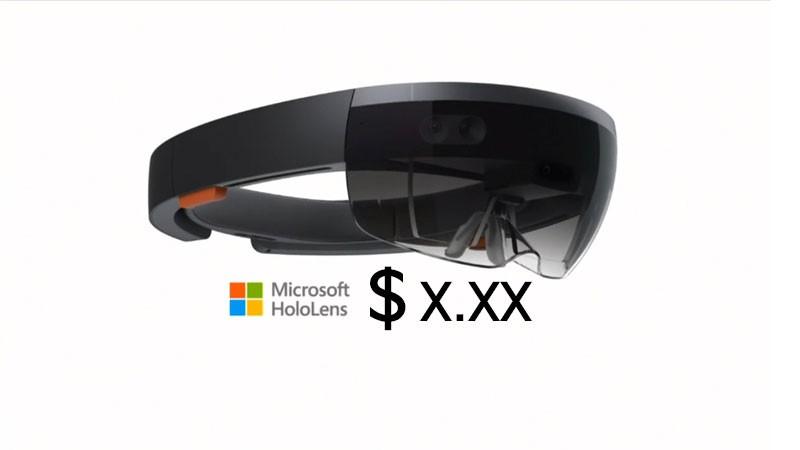 And know this – you can’t get it yet. You will be able to get it in the near future. We do not know when, but we’re crossing our fingers for inside the next year.