Twitter is a wonderful place to share thoughts, but its open nature means users are sometimes subjected to abusive tweets from trolls and angry individuals. The microblogging site has been targeting that issue extensively this year, including changes to its ‘Block or report’ feature and its partnership with WAM! In light of its public efforts, EA’s Chief Operating Officer Peter Moore has been vocal about its dismissal of his own harassment report.

Moore took to his Twitter account late last night where he posted a screenshot of the company’s response to his harassment report. Said Moore in the tweet, “Here you go. I get lots of these, but the threats to my wife and family spurred me to report this to Twitter.” 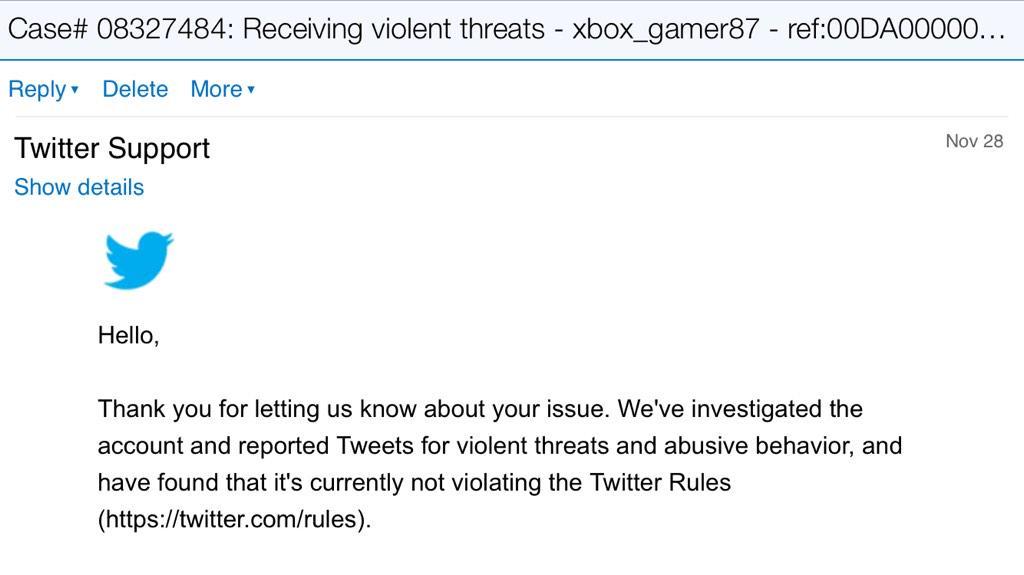 The harassing tweets he referenced came from a single individual who lists his name as Robert Clarke with multiple accounts, including the “@xbox_gamer87” account he used to post things like “hope your wife gets raped”. As you can see in the screenshot above, Twitter’s response says no rules were violated.

The reason may have to do with Clarke’s wording, which says he “hopes” something happens rather than directly threatening that it will. Such wording doesn’t fall in line with Twitter’s rules, which specify that “users may not make direct, specific threats of violence against others.” However, Twitter does state that sending a user messages from multiple accounts might be considered abuse, to which Moore posted a second screenshot demonstrating Clarke has used more than one account to send abusive tweets.