Many people out there want a performance car, but they can’t live with two doors for various reasons. Anyone who owns a two-door sports car or muscle car knows that getting people, pets, and other items in and out of a two-door is very difficult. Thankfully, there are a few four-door cars out there that offer performance and convenience. Back at the beginning of the year, a rumor floated around that Toyota was working on a four-door performance car known as the GR Corolla.

That rumor has since been confirmed. Toyota is teasing the actual car and it should get sports car enthusiasts excited. While we still don’t have any real details on what kind of power or performance the car will offer, Toyota has published images of the front, side, and rear of the GR Corolla in an Instagram post. The upcoming model will be based on the Toyota Corolla hatchback, as a previous rumor suggested.

It adds a familiar Toyota style to the car’s front end that looks very sporty and aggressive. We particularly like the shape of the headlights and the small fog lights in the lower front fascia. The wheels Toyota has chosen are very attractive, and while the GR Corolla looks sportier in the front and the back, the overall shape reminds a bit of the Ford Focus ST.

There’s an aggressive splitter on the back of the car, and it appears to have dual exhausts down low. The shape of the rear taillights mimics the shape of the front headlights, and the car has a very pronounced spoiler at the top of the rear deck lid. This spoiler looks even more aggressive when the GR Corolla is viewed from the side. A body line running down the side of the car underneath the doors gives the vehicle a wider look. 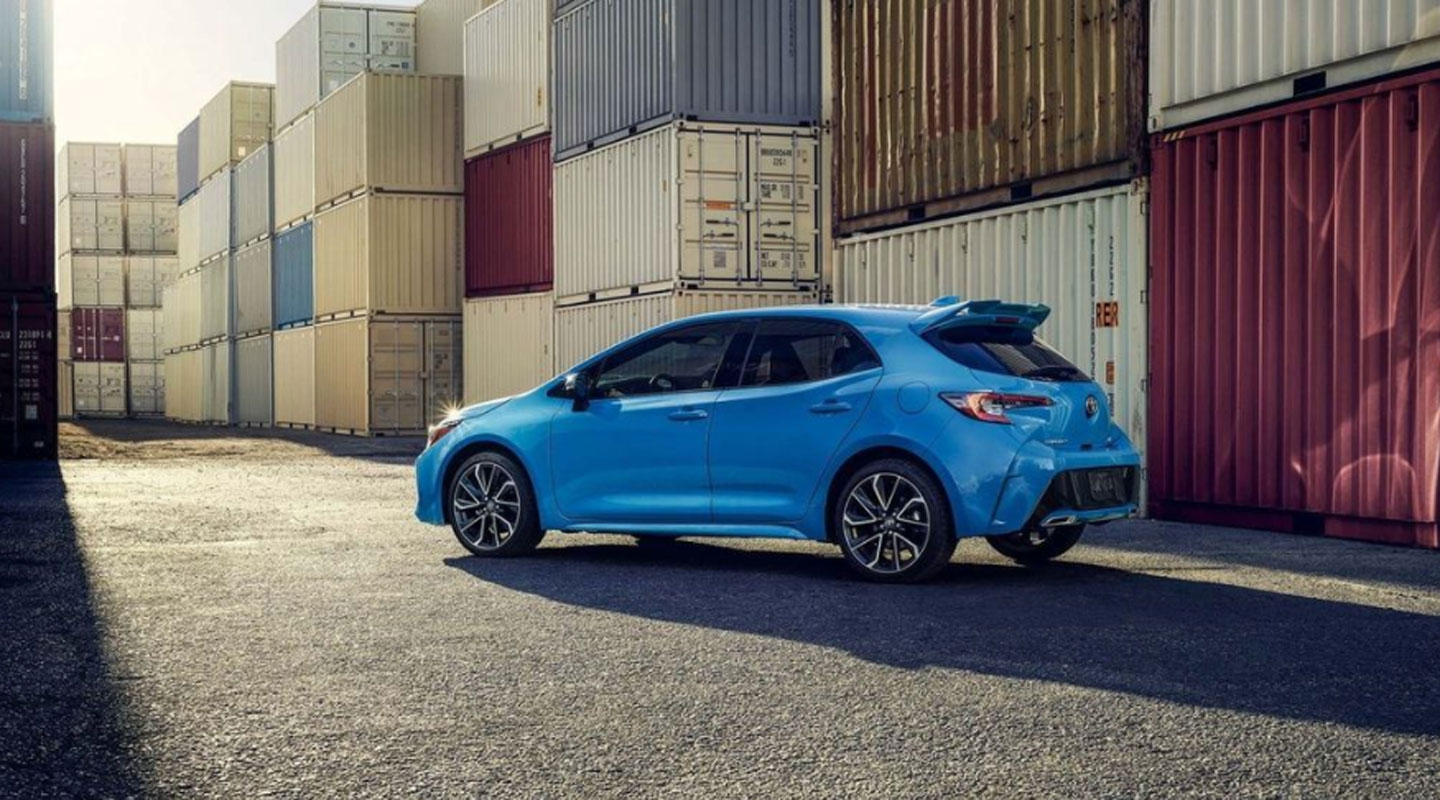 The photographs Toyota shared on Instagram have a disclaimer that the vehicle is shown with options. Optional exterior tidbits will likely include things like different wheels and perhaps a version of the car minus the slick rear spoiler. It is also always a possibility that the very attractive blue color seen on the GR Corolla in the images is an optional paint choice.

Previously, the GR Corolla was seen wearing camo that seemingly gave away hints about the drivetrain for the car. The camo had logos that said “GR Four,” hinting that the car would have all-wheel drive and four doors. According to Autoblog, the camouflage also had “G16” printed on it, hinting at the engine the car will use. Rumors suggest the GR Corolla will use a version of the same engine Toyota uses in the GR Yaris Japan, not hybrid power.

Another interesting rumor suggests that the GR Corolla will only be offered with a six-speed manual transmission. That’s very good news for fans of shifting gears as the number of manual transmission cars on the market today is dwindling. As for power and performance, that’s a mystery. However, rumors suggest the car will make almost 300 horsepower (via Car Sensor). Considering its compact dimensions, about 300 horsepower should make for decent performance, at least on par with the normal Subaru WRX.

One of the biggest mysteries is price. We very much want this car to be an affordable pocket rocket for the masses, but Toyota has a history of pricing its desirable vehicles higher than the competition. A perfect example is the Toyota GR86, which has less power and is rear-wheel drive only starting at $27,700 before the destination charge adds another $1025 to the price. That means buying a base level GR86 will cost you $28,725. 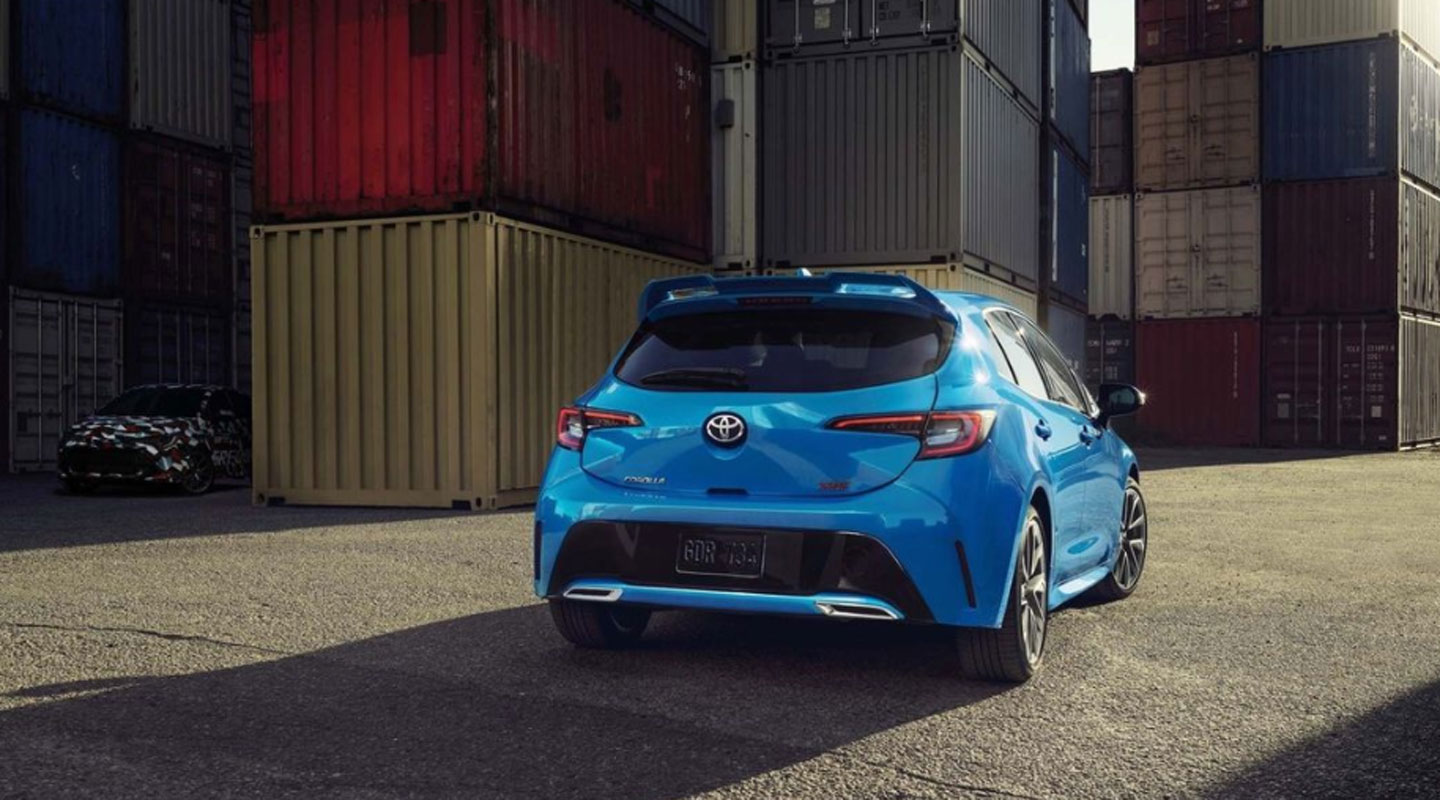 Rest assured, the GR Corolla with all-wheel drive and nearly 300 horsepower will cost more. We wager Toyota will price the car somewhere in the low to mid $30,000 range for starters. We see the GR Corolla as being ideal for competing against the Subaru WRX. A base WRX starts at $27,495 without destination charge and utilizes a 2.0-liter boxer engine with 268 horsepower. Stepping up to the WRX STI pushes the starting price to $37,245 with 310 horsepower.

There aren’t many all-wheel-drive four-door sports cars on the market today. One of the only others is the Kia Stinger packing, a 3.3-liter twin-turbo V6 making 368 horsepower and a starting price of $43,690. The only other sporty Corolla right now is the Corolla Apex Edition, designed for improved handling over the normal version of the economy car. We can’t wait to see the full specifications for the GR Corolla. Whatever it costs, we hope it sells well so we can get more competition in the four-door sports car segment.