Toshiba made a Star Wars television that’s 24-inches diagonally and designed with a Star Wars pattern. They’ve gone above-and-beyond when it comes to hyping this less-than-fantastic design, suggesting that “this model draws viewers into the space odyssey action, submerging them into an X-wing mission every time their eyes meet the TV.” Toshiba would certainly have been better served in making the exterior aesthetic of this television set more subtle, focusing instead on the other tiny details that aren’t quite so eye-searing.

The slightly less shocking bits include “a climactic scene of familiar Star Wars sights and sounds, featuring the appearance of a First Order stormtrooper to the accompanying tell-tale low humming sound of a lightsaber” whenever the TV set is turned off. Whenever the TV is first switched on, the Star Wars logo is shown on-screen. 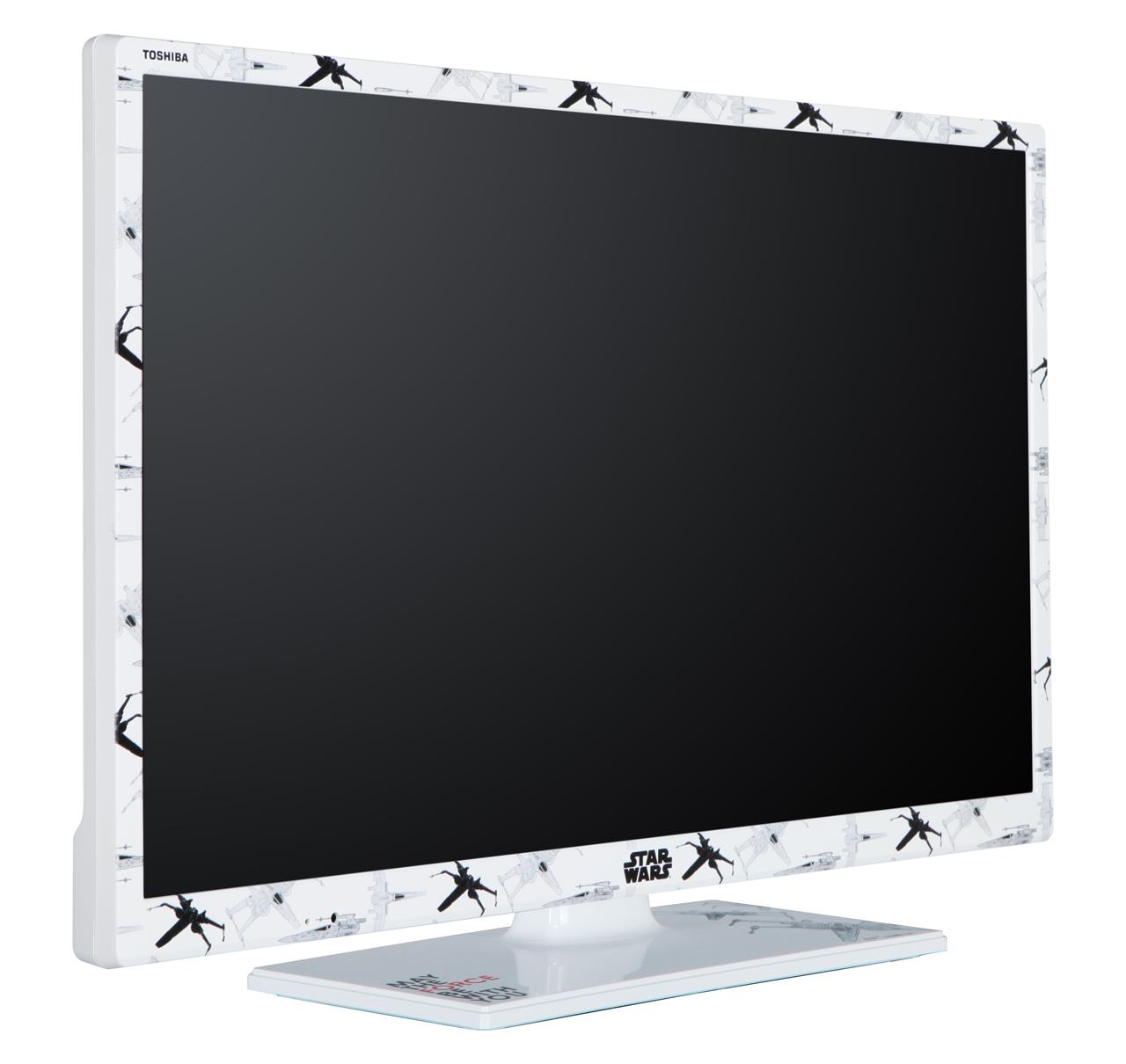 “Framed, decorated and distinguished with hero X-wing starfighters,” said Toshiba in a release today, “it sweeps viewers up in a rush of Star Wars excitement.” On that note – it’s fairly clear that this model will only be released in Europe, but the price has not yet been revealed. So thank goodness you don’t have to worry about needing to complete your Star Wars collection with a US-based set like this.

“Giving us a meteoric launch to remember, this collaboration with Lucasfilm has been the perfect way to celebrate our return to Europe’s TV market,” said European Sales and Marketing Director for Toshiba TVs, Bart Kuijten. “Bringing the fun back to general TV viewing, it’s enabling us to generate excitement for smaller screen sizes, giving us the perfect opportunity to connect to the next generation of TV viewers in the process.”

This TV set is decorated just about as gaudy a way possible. The only way to be more over-the-top would be to have the TV sitting in a giant Chewbacca head made of plastic. An example of the way a special edition item like this should work is the Nissan Rogue One – Star Wars special edition vehicle. 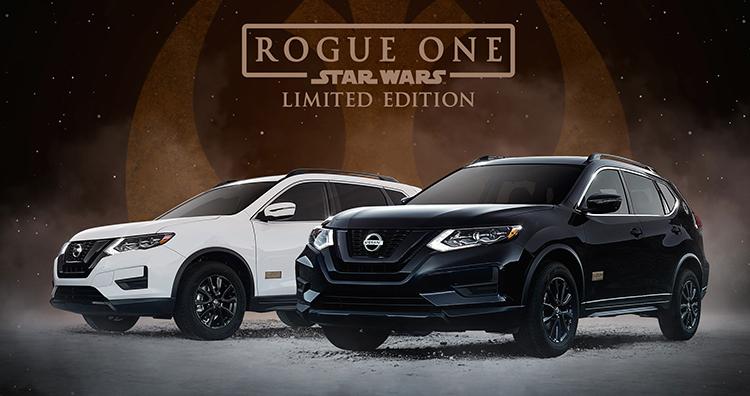 Above you’ll see this vehicle from afar – look how you can’t necessarily tell its a Star Wars car. That’s how it should be. Designing a special edition television shouldn’t be an act in wrapping, it should be a delicately handled act – like placing the Star Wars logo at the base.

Once you get inside the car, the Star Wars action is a bit more pronounced. Each element is carefully placed. This vehicle is designed in a way that lets the buyer of this expensive piece of vehicle know that they’re a true Star Wars fan without BLASTING IT in the faces of everyone else driving around them. 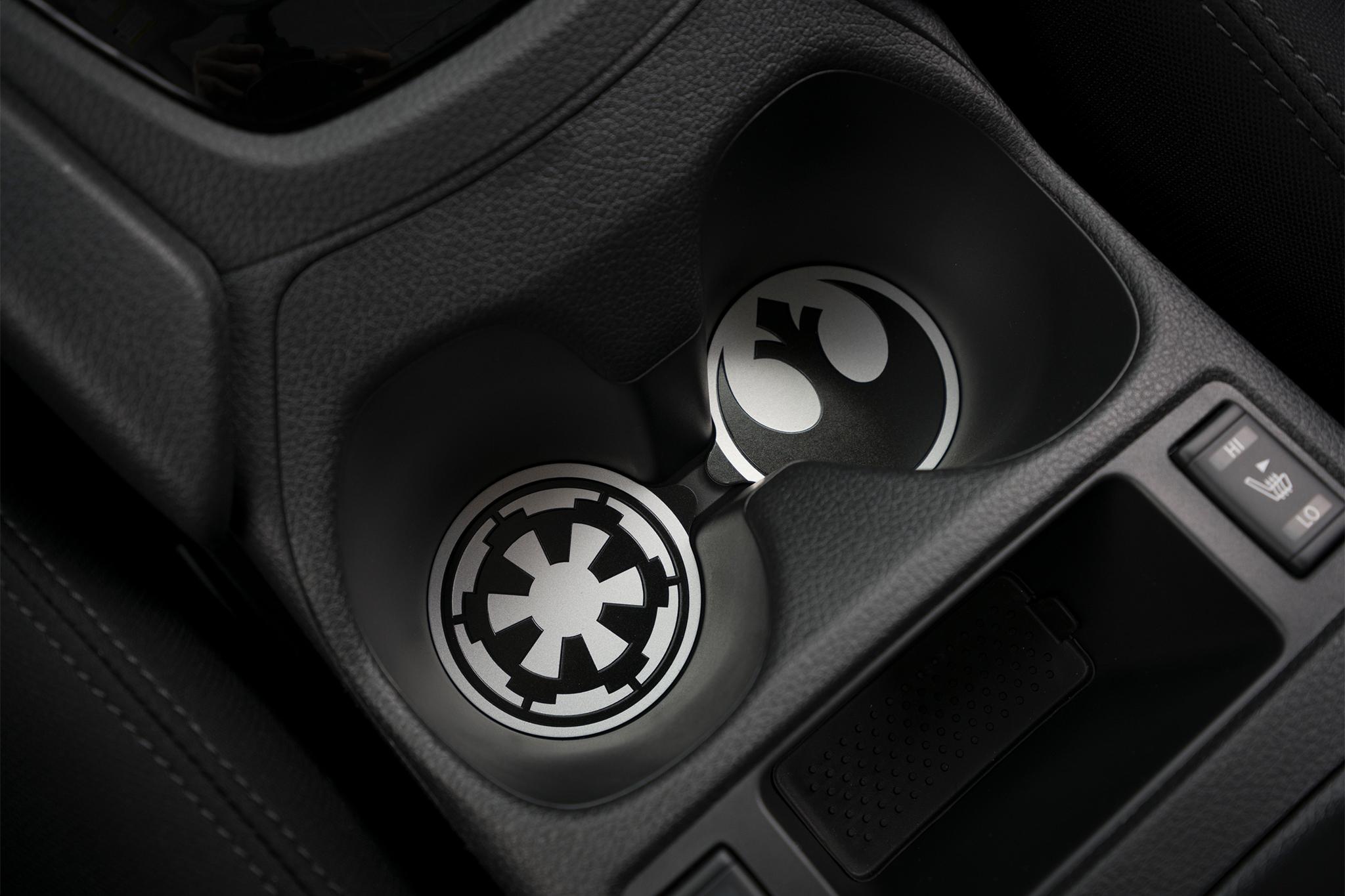 Everything the rest of the TV set above does is awesome – startup and shutdown animations, etc, that’s a good idea, genuinely! Much in the same way the Gears of War Xbox One S includes unique startup and shutdown sounds, so too should this special edition TV – and it does!