This week the folks at Timex revealed a pair of new smartwatches. Both of these watches use the name “Metropolitan” and bear the Timex logo… in their press release. The Timex Metropolitan R is a circular touchscreen smartwatch while the Timex Metropolitan S is a shape that could very easily be mistaken for an Apple Watch – both devices run software that is not Google’s WearOS – this is not Android.

According to Cherlynn Low on Engadget, the logo that appears on the watch’s built-in watchface was AMAZFIT. That’s a bit confusing – especially when the box says TIMEX and the watch has no other visible branding when worn on a wrist. There IS a Timex logo on the default watchband hidden on the back side of the strap.

UPDATE: Per an update via Timex, it would seem that the review unit in question only showed the AMAZFIT logo because it was a pre-production unit. The release-level final production device will come with watchfaces with TIMEX right up front and center, like what we see in the press imagery here.

The “S” model seems to have a TIMEX logo on its watchband and on its built-in default watchface. That’s according to the press release from Timex, which also suggests that the “R” model will come with a watchface that’s packing TIMEX by default. 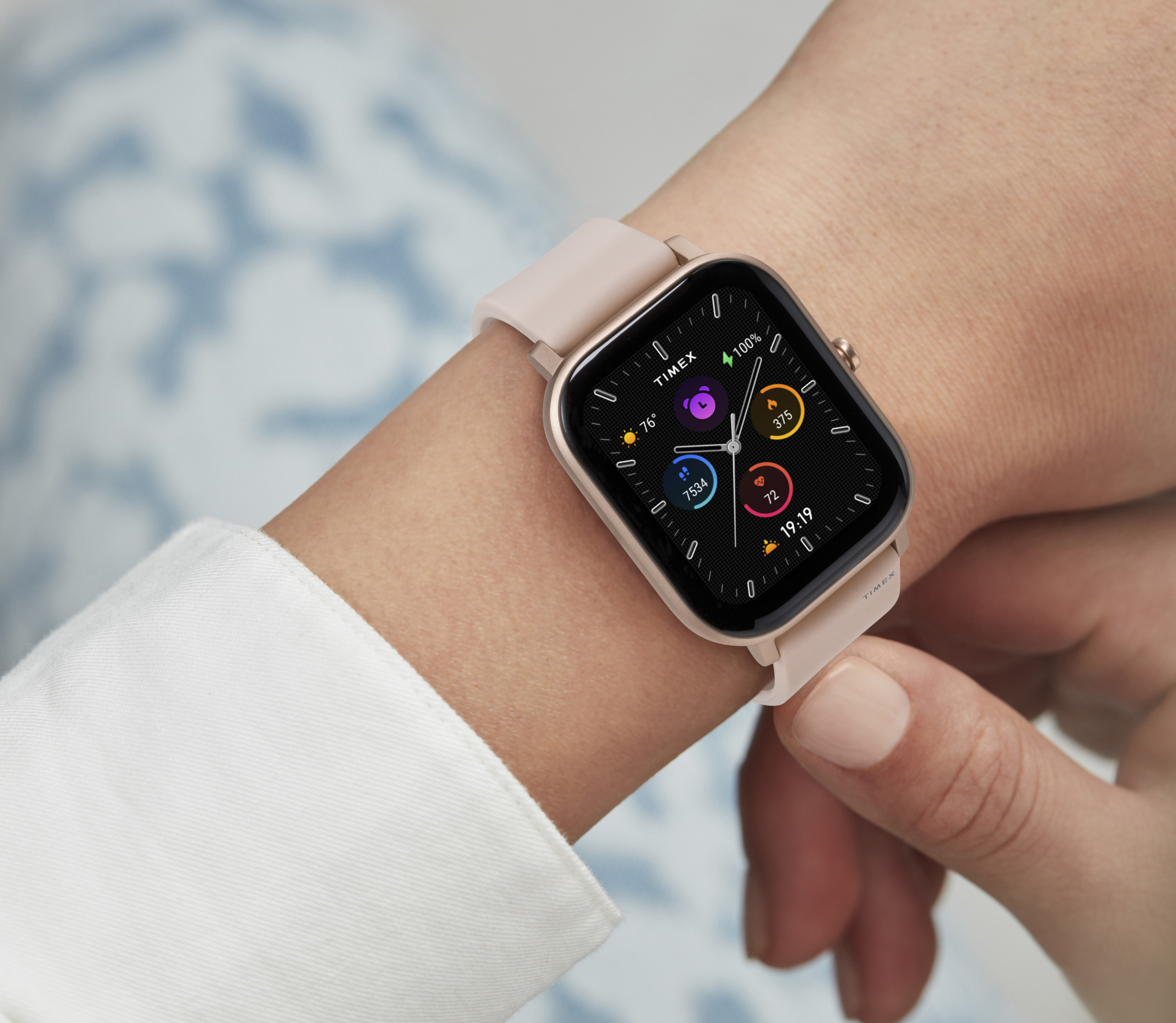 When the watch is first run through its setup process (via the user’s smartphone), it becomes clear that Timex is working with the company Huami for more than just the basis for the watch software. Huami hosts the app the user must use to run the watch, and created the software for the watch.

As mentioned by Timex in the press release for the watches, these watches will be released on June 10th “featuring software that was developed in partnership with Huami.” As noted by Andy Boxall with Digital Trends, the Timex Metropolitan R is “technically identical” to the Huami device “Amazfit GTR” while the Metropolitan S is essentially the same as the Amazfit GTS.

These watches will be sold by Timex for $179, and you’ll find them on the Timex store online exclusively – for now. While this situation isn’t exactly like what happens with OnePlus and OPPO phones, but it’s important to note that you’re not just dealing with one brand here, but two.