What’s that – a TIE-fighter anime series? Not quite. More like a taste of what’s possible made by a single artist. The artist known as MightyOtaking has created the full-sized version of the demo 2-minute picture he’d been working on earlier this year, this piece of work simply called “TIE Fighter (short film)”. “Drawn and animated by yours truly,” he says, “over 4 years worth of weekends.” You’ll notice several sound effects from the original TIE Fighter video game for PC – that’s the inspiration for this whole project, after all.

You’ll be able to watch this short film in two iterations. First you’re going to see the film in its full, final form. This version is hosted by the artist and was published for the first time ever, just this afternoon.

For more information on the plot and characters as the artist has conceived them, head to this character chart PDF, as hosted by the artist on MediaFire.

The music you’re hearing in the above final version of the movie is by made by Zakir Rahman, and can be found on SoundCloud. The track is “Interdictor.”

Below you’ll see a large poster for the film. This was also illustrated by MightyOtaking, with inspirations dawn from artists like Drew Struzan – the original Star Wars movie poster painter. 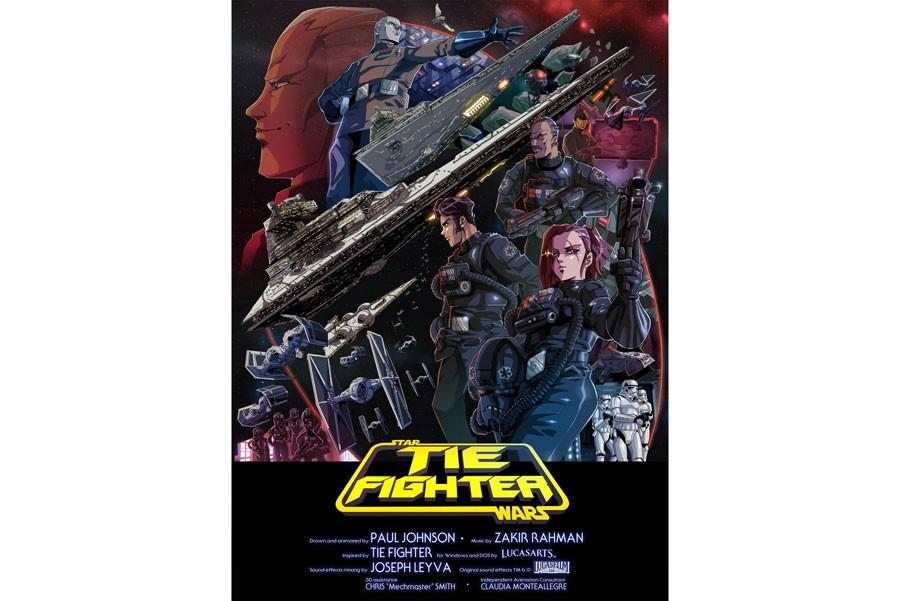 Click the poster image above for a full-sized version suitable for wallpaper use. Thank MightyOtaking for the whole lot, and see his other works over in his YouTube channel.

And tell your favorite animation studio about this extremely skilled individual if you feel so inclined – and make this TIE-friendly epic happen as fast as possible!

Let us know if you happen upon any other new or otherwise super-classic fan-made films in the Star Wars universe. We’re chomping at the bit to see the next full film release early next year!