Tidal did NOT just jack up their price

Earlier today it appeared that the iOS version of Tidal’s music streaming app had pushed a price increase on users. In fact, this price increase isn’t new. Also in fact – it isn’t universal. It’s only through Apple’s mobile products. With iTunes, according to Tidal, “Apple’s policy is to charge TIDAL subscribers a 30% fee on your monthly subscription, for the life of your subscription, if you activate your subscription through the TIDAL app on your iPhone that you have just downloaded.”

Tidal also suggests that users “can easily get the $9.99 or $19.99 pricing by first creating your TIDAL account through TIDAl.com, then go to the App Store to download the TIDAL app.”

Instead of signing up then, through the app, users will simply be able to log in. 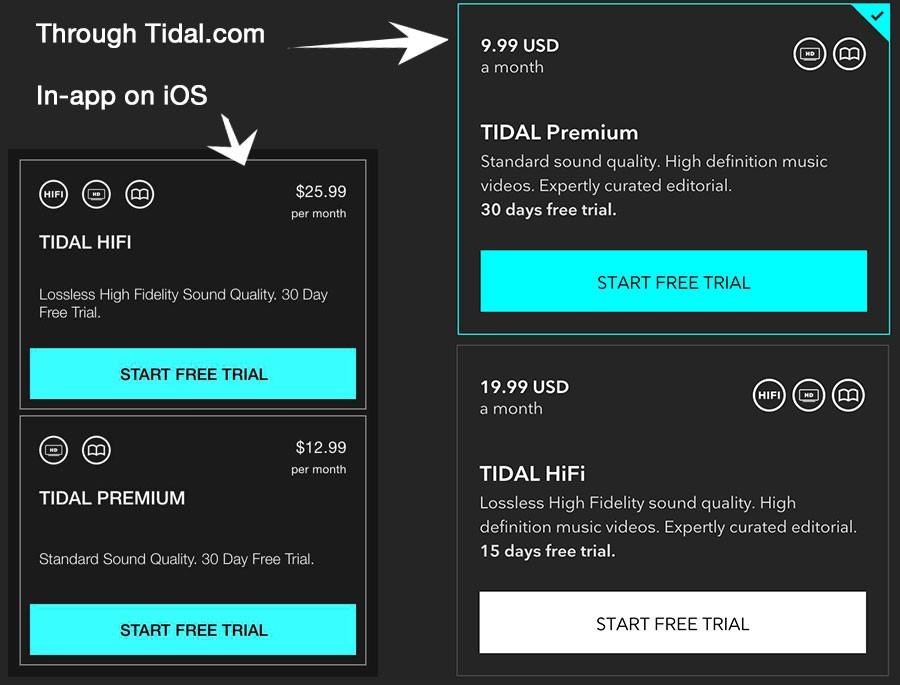 So Tidal isn’t actually raising prices. The iOS device-specific prices have been in play effectively since before Tidal was released. Whether or not they had this extra fee to make up for Apple’s 70/30 revenue split is unknown.

In-app subscriptions require that Apple receive 30% of a developer’s revenue unless that subscription is for a good or service delivered outside of the app. Subscribing through an app to a ride delivery service, for example, does not require the developer to give Apple a 30% cut.

Tidal, on the other hand, is.

They CAN charge money outside of the app for a password-protected service inside the app, however, which is what they’re doing by having subscriptions offered through their webpage. Easy peasy.