Amazon isn’t afraid to make a weird product, and while you can question the value of Alexa inside a microwave, there’s no denying that the idea of connected appliances and other gadgets is one worth exploring as the IoT spreads. Today’s big news might have been more mainstream smart speakers like the Echo Studio, along with cutting-edge experimental tech such as the Echo Frames, but that didn’t mean Amazon lacked some oddball gadgetry as well.

Last year, Amazon opted to debut its kit for third-party manufacturers to integrate Alexa control into their devices by upgrading its best-selling microwave. The Amazon Basics Microwave with Alexa looked just like a regular microwave, and for the most part it was. A cheap model, sized and priced just right for dorm rooms and starter kitchens, which just so happened to be controllable from a nearby Echo smart speaker. 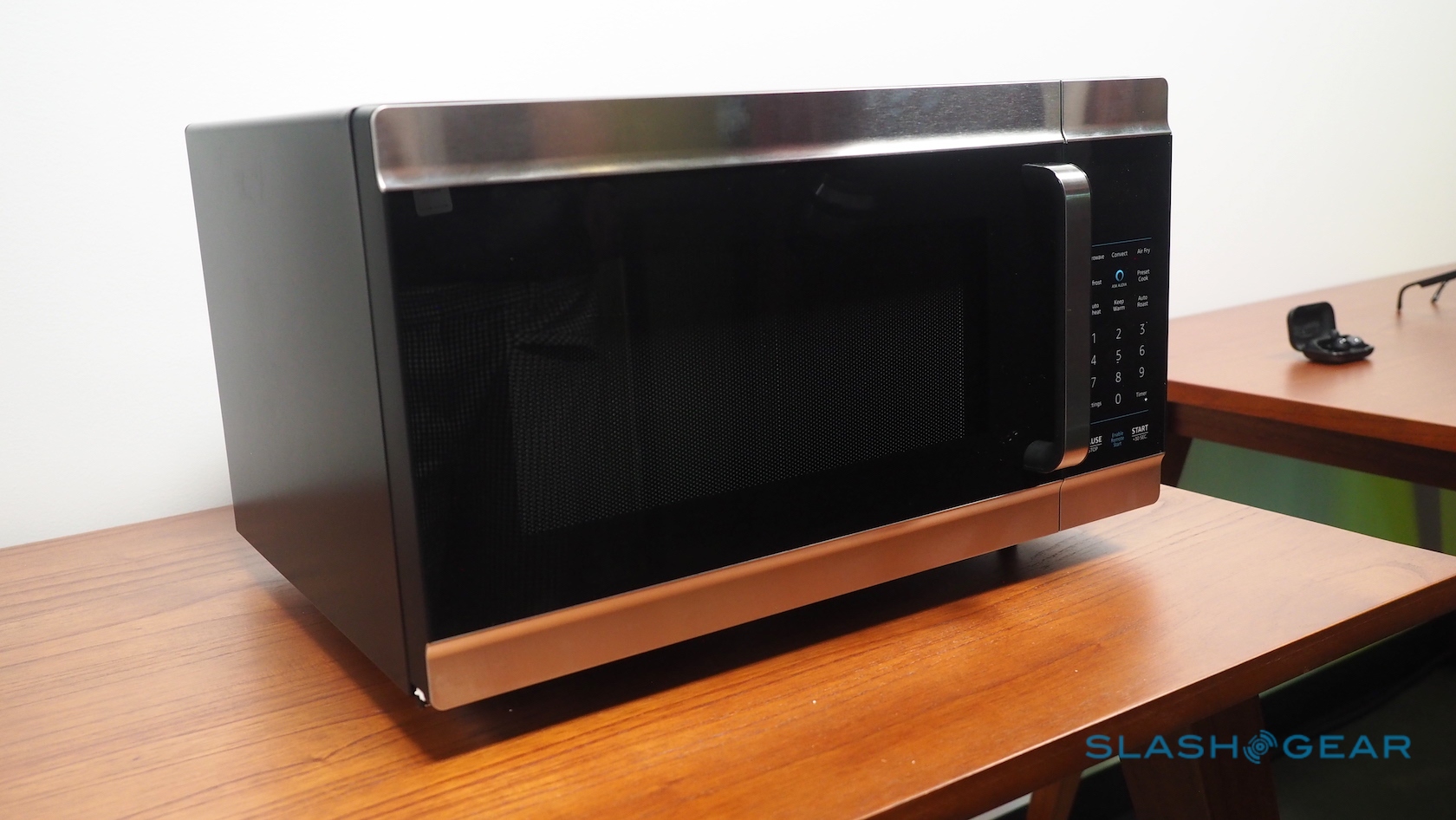 The Amazon Smart Oven takes the same approach, connecting an otherwise straightforward combination oven/microwave to a nearby Echo through which you can control it by voice. In addition to standard microwave duties, it can act as a convection oven, an air fryer, and a food warmer. There are more than 30 presets, and space inside that’s capable of taking a five pound chicken.

Where it gets clever – and a little crazy – is when you connect it to an Echo. You can hit the Alexa button on the front panel and ask for times, power levels, or preset meals by voice. Alexa Announcements will tell you when it’s ready, too, rather than expecting you to listen out for the beep, and a temperature probe keeps track of the actual cook level of the food too. 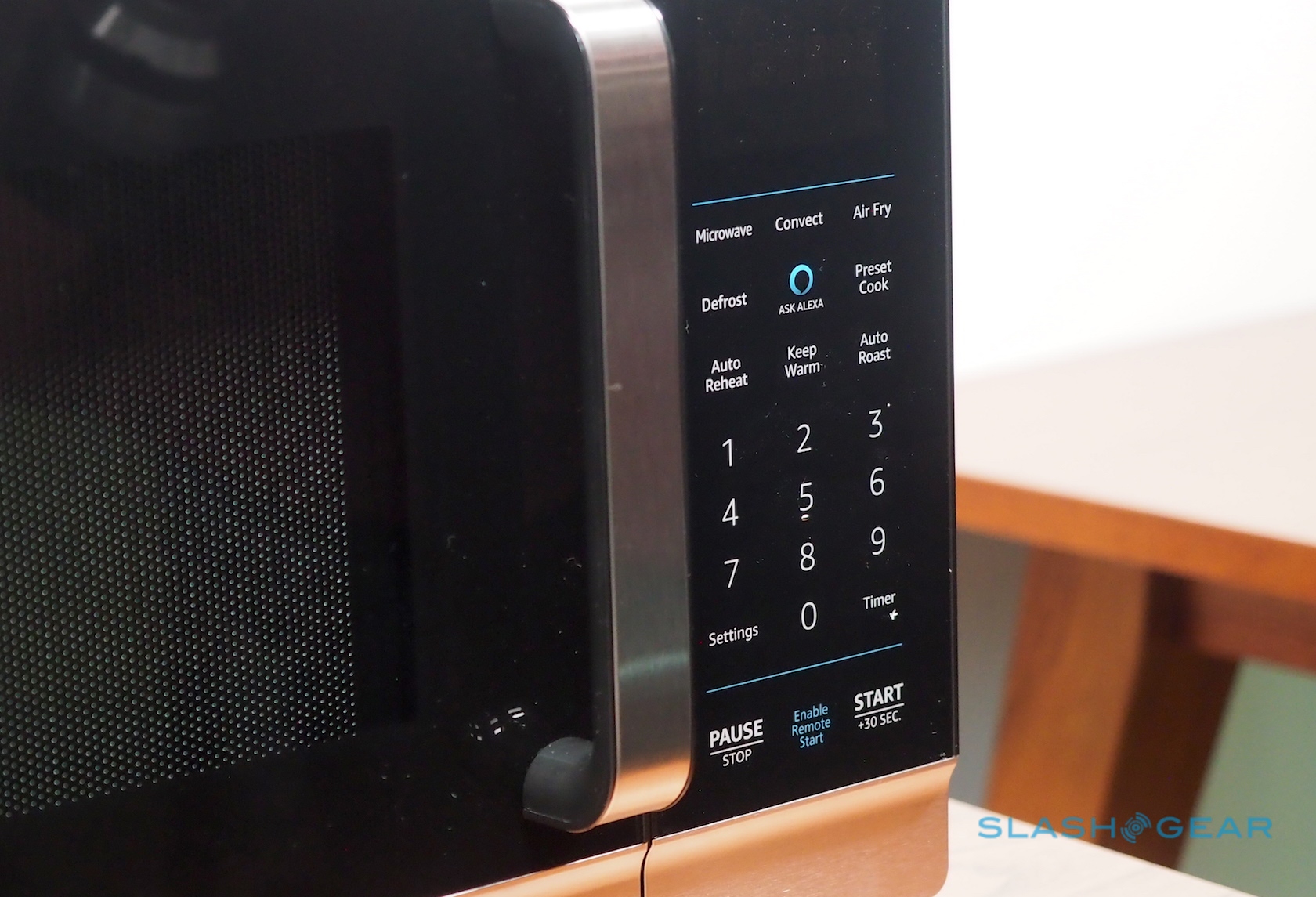 So, you could say “Alexa, air fry French fries” and the Smart Oven would handle all the times and power settings itself. If you’re cooking something more complex, Alexa can remind you when to flip food over for more even results. There’s even a humidity sensor inside, that track when food might be drying out.

Scan-to-cook, meanwhile, allows you to use the Alexa app and the camera on your smartphone to preset the cooking instructions for a variety of prepared meals and packaged ingredients. That includes food from Whole Foods (including the 365 range) together with Gardein and Marie Callender’s.

In some ways, an Alexa-enabled oven still seems silly. I’d argue, though, that a smart oven is less ridiculous than a smart microwave. I feel like I could read the instructions on a frozen lasagne and punch in however many minutes it required on a microwave keypad, but figuring out how best to roast a chicken in a combo-oven would be more challenging. If Alexa can help bypass some of that confusion, I’m all for it.

The Amazon Smart Oven is available to preorder now, priced at $249.99. It’ll ship on November 14, and preorder buyers get an Echo Dot thrown in too.

Alexa already has tight integration with connected lighting and smart bulbs, but the Echo Glow is a little different. Turned off, it looks like an air freshener, perhaps, or maybe some sort of silicone implant. Plug it in and tap it, however, and all is revealed. 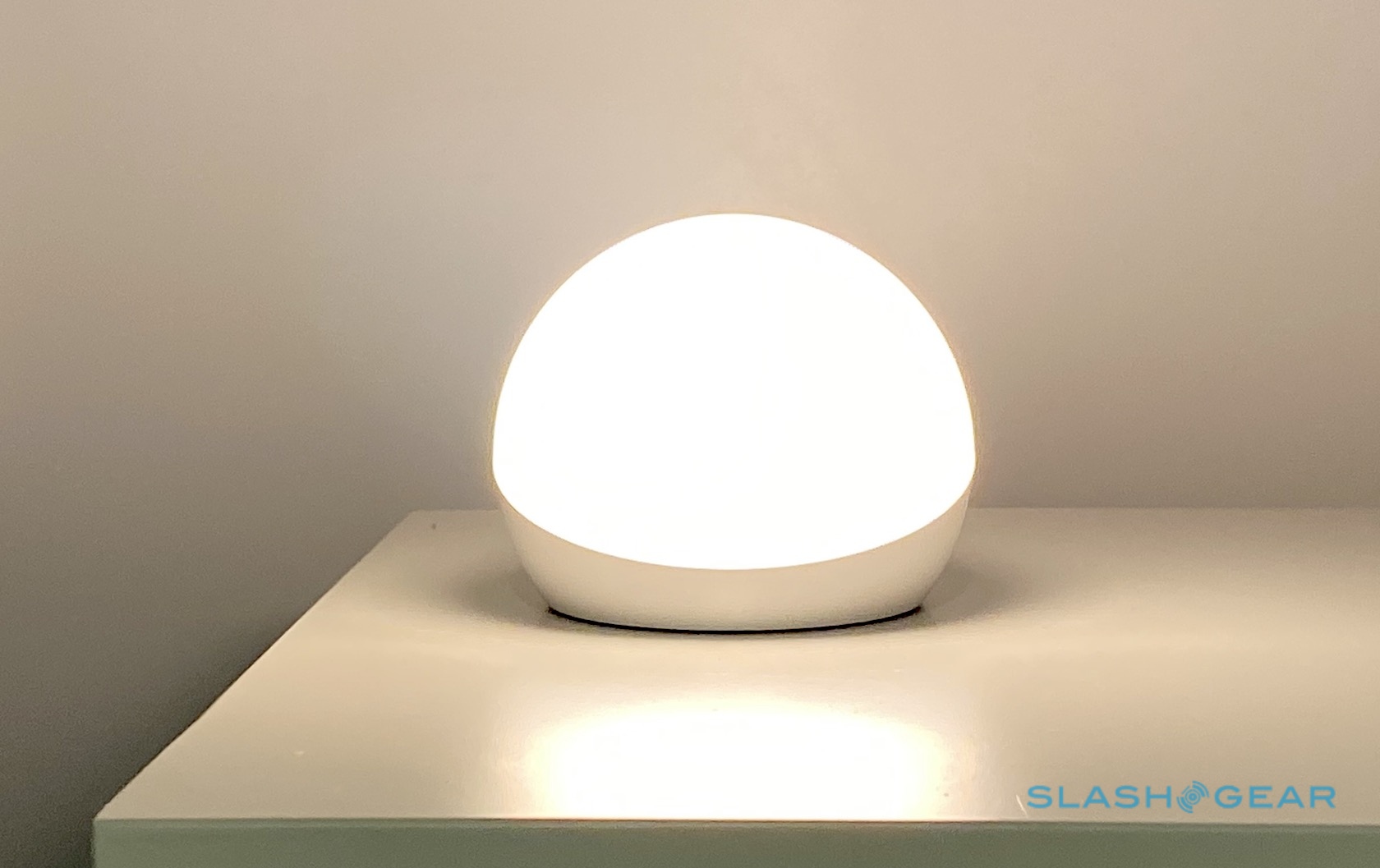 It’s intended primarily as a multicolor nightlight for kids, though its charming talents seem wasted merely on keeping monsters under the bed at bay. For a start it’s affordable for a color-changing lamp, coming in under $30. It’s also flexible: you can adjust both color and brightness by voice.

There’s no microphone, nor Alexa actually built in: instead, like the Amazon Smart Oven you use a nearby Echo smart speaker to control the Echo Glow. You can ask for patterns, too, like a campfire, or tap the top of the light to cycle through the various hues. Ask Alexa for a disco, and the Echo Glow will flicker different colors in time with whatever music is playing. 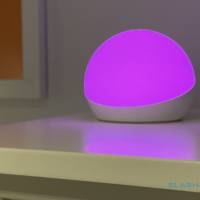 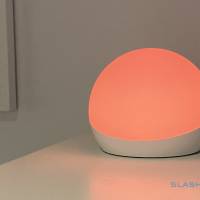 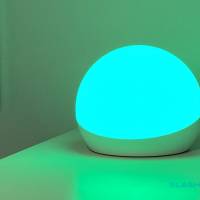 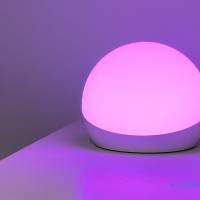 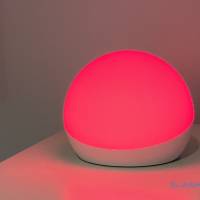 The Rainbow Timer feature, meanwhile, is designed to give kids a better concept of the passing of time – whether that be a countdown to bedtime or for getting ready for school in the morning – with changing colors. There’s also the ability to use the Echo Glow as a nighttime lamp, having it dim in brightness like the setting sun. There’s integration with Alexa Routines as well.

It’s surprisingly compact, at 3.9-inches across and 3.9-inches tall, and while the 100 lumens brightness doesn’t make for task lighting, it’s enough to cast a colorful glow in a darkened bedroom. A button on the back can turn it off without having to resort to the app or Alexa. While I know it’s intended for kids, honestly, I really want one myself. 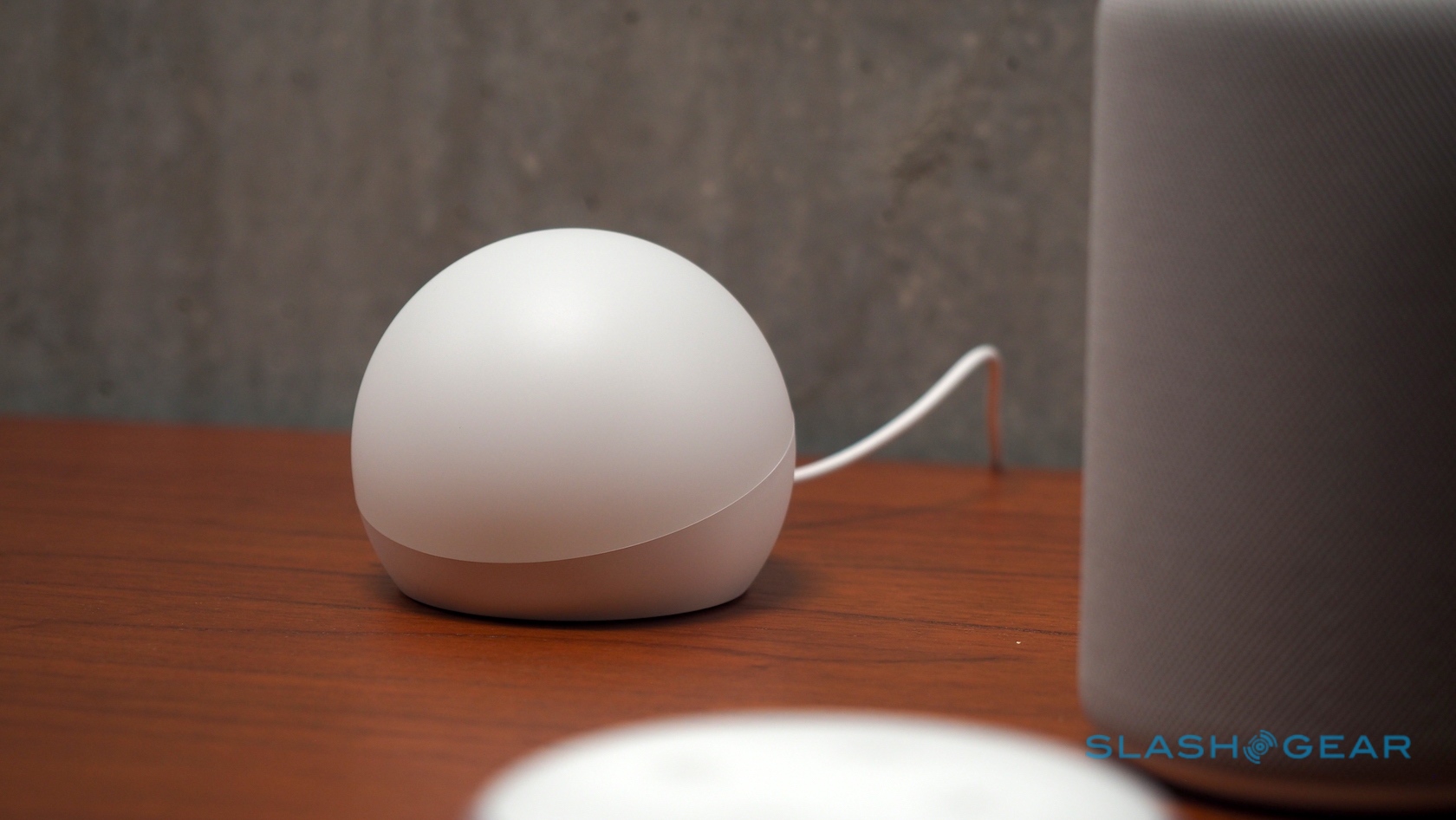 The Amazon Echo Glow is available for preorder now, priced at $29.99. It’ll begin shipping on November 20.

Amazon’s new Echo, Echo Studio, and Echo Show 8 all look much like we’ve come to expect from the company’s smart speakers. The Echo Flex, however, does not. That’s not to say it doesn’t fit just as much of a niche as the other models do. 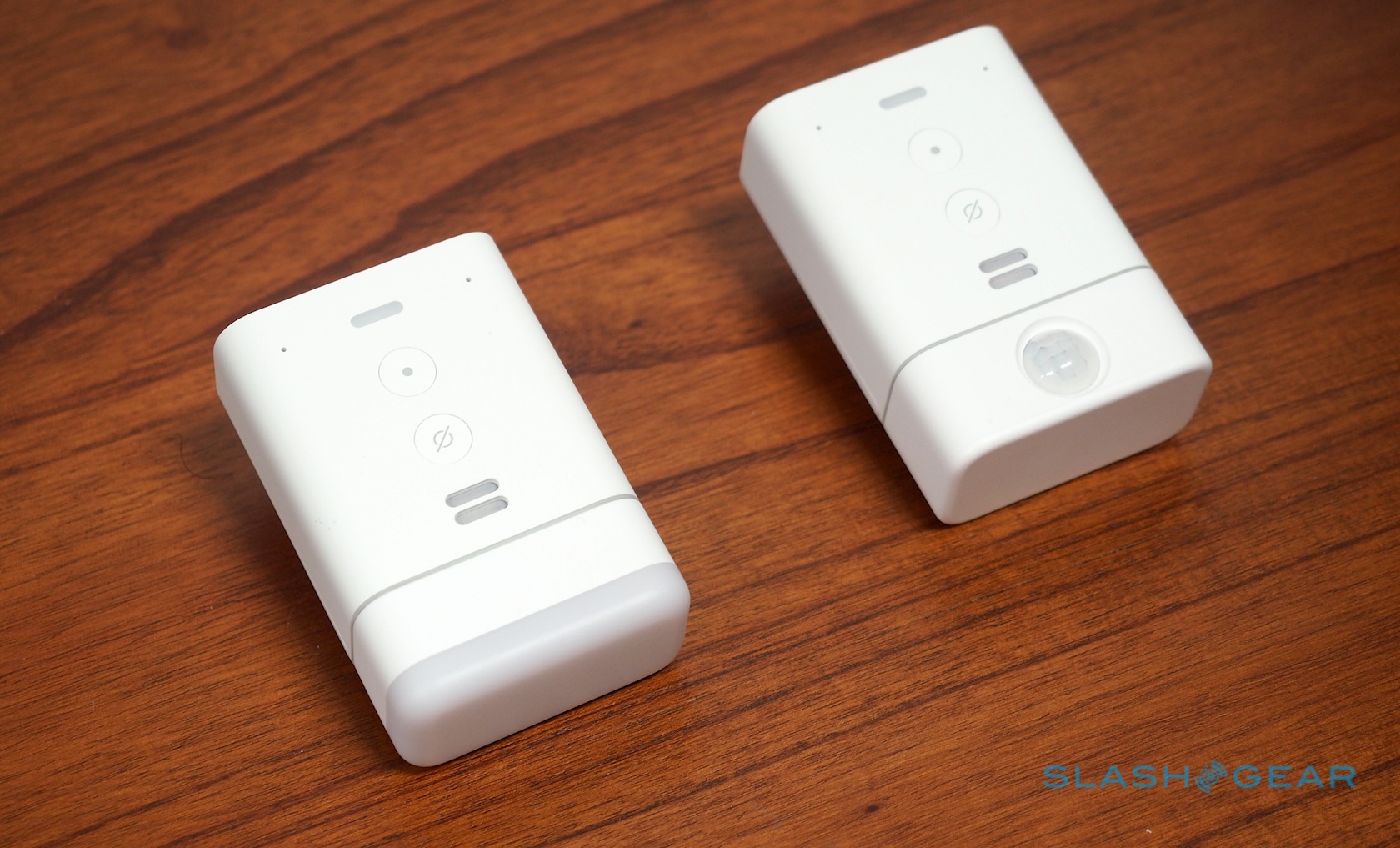 Echo owners – and Echo Dot owners in particular – were coming up with some fascinating (and occasionally complex) mounting systems so that they could put their smart speaker somewhere other than a table or kitchen counter. Recognizing a niche and wading in to fill it as, arguably, only Amazon can, the Echo Flex does away with the power cord altogether. Instead, it plugs directly into an outlet.

There’s a microphone array and a small speaker, the latter focused on voice responses rather than having any aspirations toward music playback. A USB port underneath means the Echo Flex can double as a USB charger for your phone. Had Amazon stopped there, it would be pretty straightforward, but it’s what comes next that earns the new smart speaker a spot on this list. 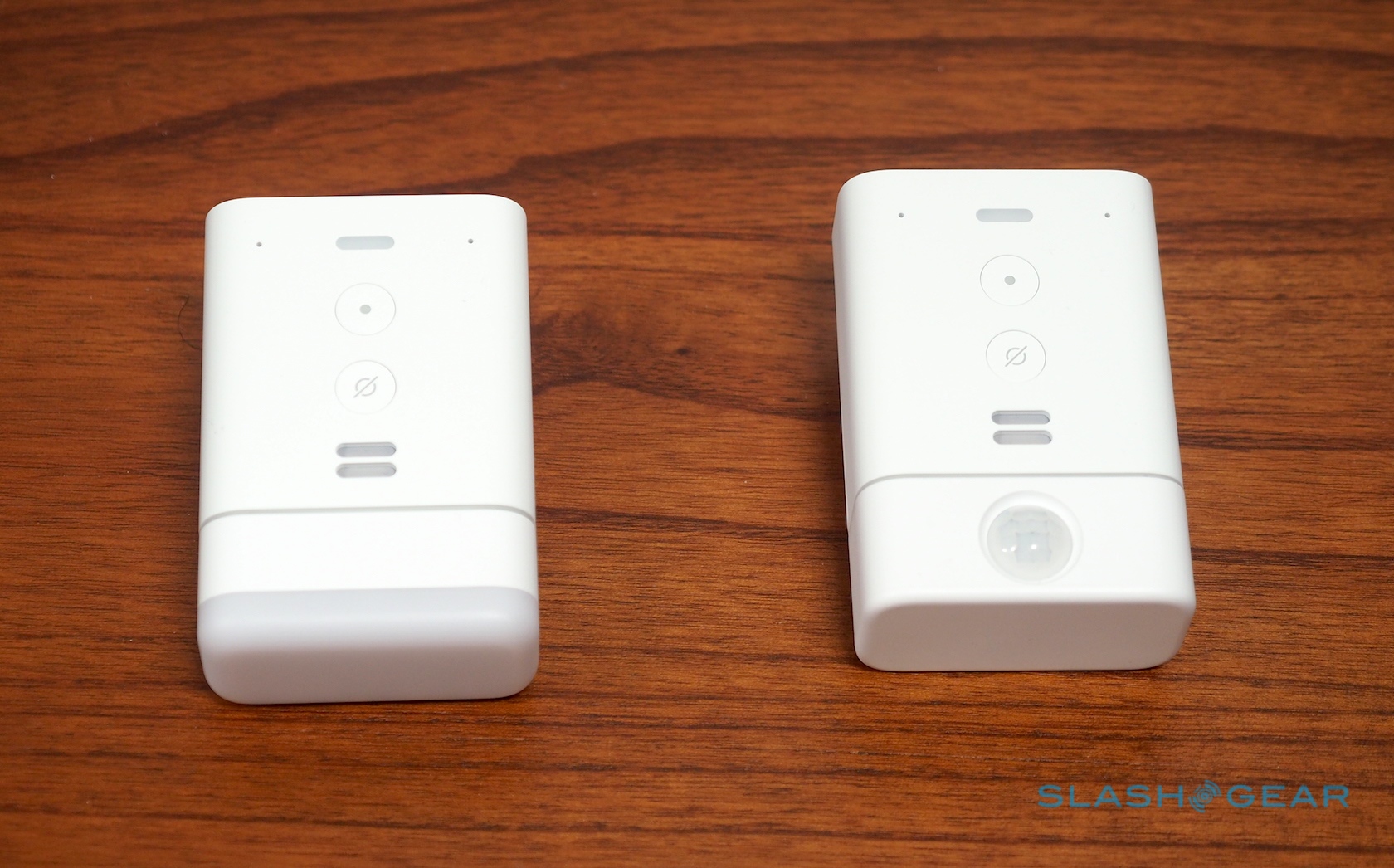 Amazon developed an API for the Echo Flex, or more accurately two of them: one hardware, one software. With that, third-party manufacturers are going to be able to make modular accessories, which will click into place on the bottom. To begin with there’ll be two: a motion sensor and a night light. However, Amazon is expecting more to follow in due course.

It’s a fascinating idea. We’ve seen how Alexa has spread by virtue of software integrations before, with the assistant present on car dashboards, kitchen gadgets, phones, computers, and more. This, though, is the first time an Echo smart speaker has opened up for hardware adaptation. It’s still early days, but while it may at $24.99 be one of the most affordable Echo models, the Echo Flex will arguably be the most interesting when it starts shipping on November 14.