It looks like a HomePod with a letterbox slot, but make no mistake, the Amazon Echo Studio isn’t playing around when it comes to audio. Slotting in at the top end of Amazon’s smart speaker line-up, the beefiest of all the Echos sets its sights on audiophiles with a Dolby Atmos tie-in.

The familial resemblance is clear. The Echo Studio looks like a mini-keg, just over 8-inches high and just shy of 7-inches in diameter. It’s fairly heavy, too: at 7.7 pounds, it’s a couple of pounds more than an Apple HomePod. 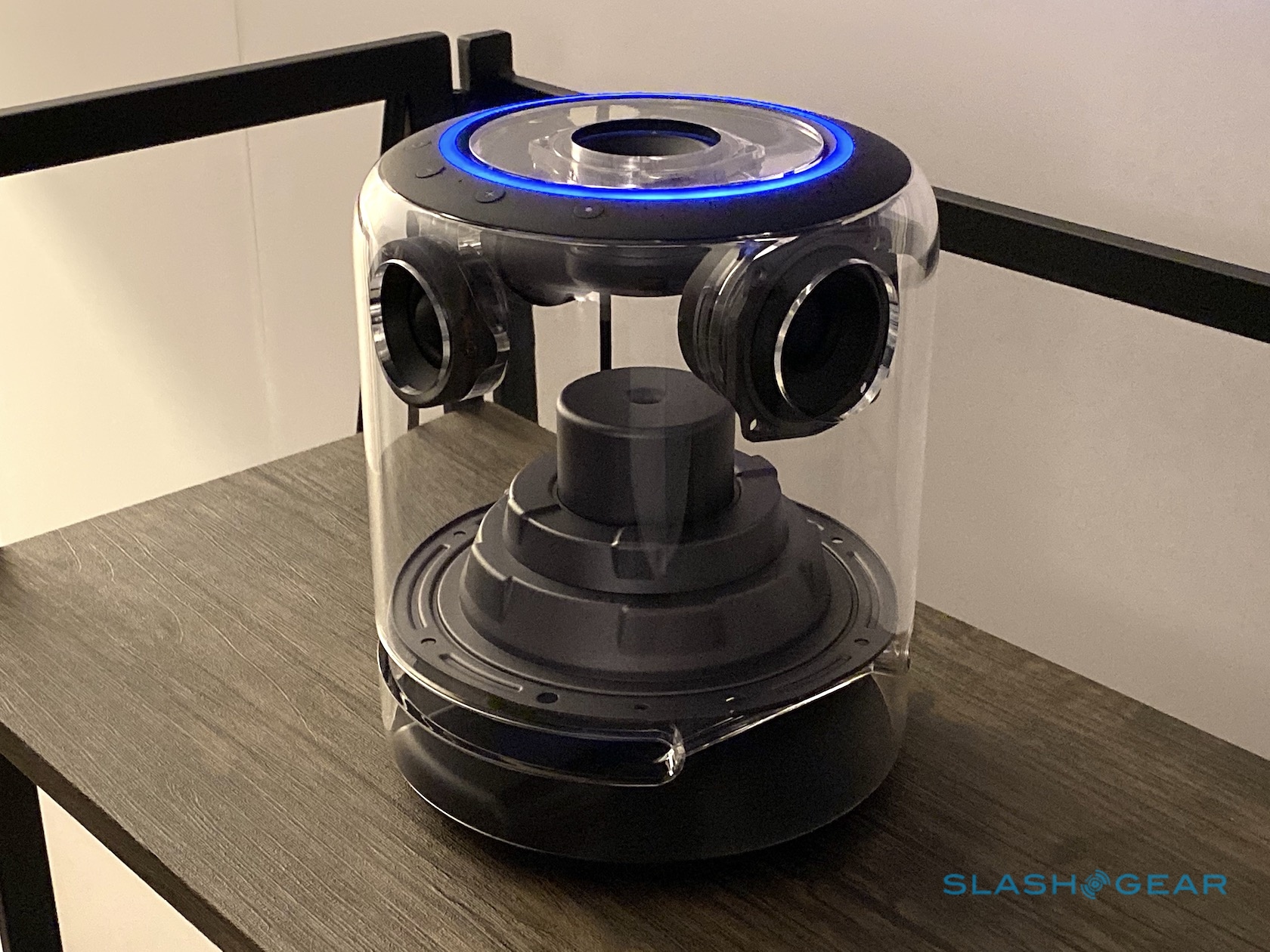 Amazon has made good use of that space. There’s a 2-inch upward firing midrange speaker on the top, with a 2-inch left midrange speaker and a matching 2-inch right speaker. A 1-inch forward firing tweeter is between them. Underneath, just above the slot – which is actually a bass aperture – is a beefy 5.25-inch woofer to make sure the low-end is taken care of.

Around that, Amazon wraps its usual dark gray mesh fabric. The upward-firing speaker is surrounded by a light ring, which shows Alexa’s activity, while at the front edge there are buttons to shut off the seven microphones, trigger Alexa without using the wake-word, and volume controls. 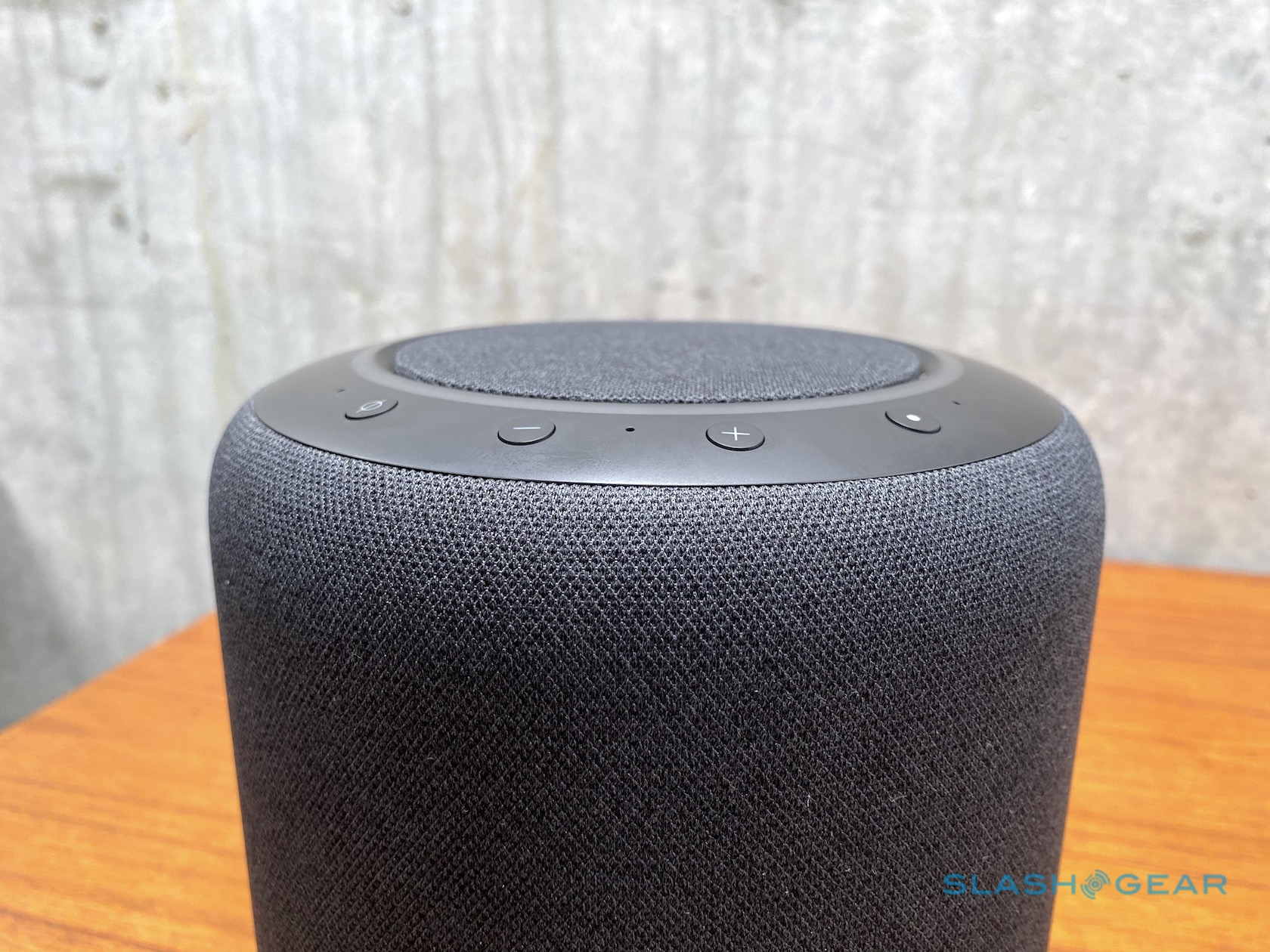 On the back, as well as the power socket there’s a 3.5mm audio input which doubles as a mini optical input. Amazon has also baked in Bluetooth, so that you can pair a phone or other device and stream music via A2DP, along with Zigbee to use the Echo Studio as a smart home hub. 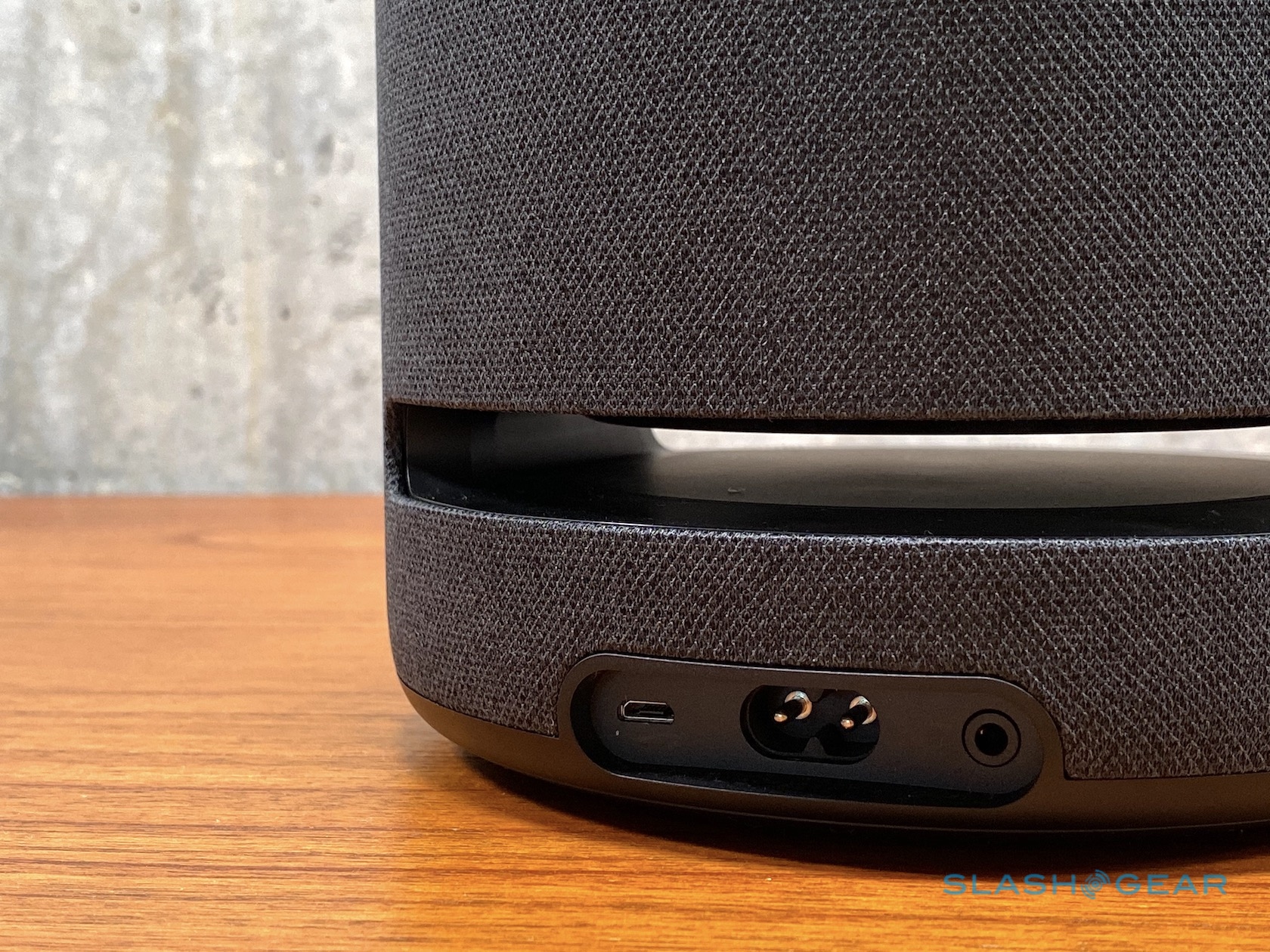 It’ll work on its own, or you can pair two Echo Studio together for stereo playback. It’s also possible to link it to an Echo Sub, for even more bass. If you’ve got a Fire TV Cube, Fire TV Stick 4K, or a third-gen Fire TV, you can link the Echo Studio to that wirelessly for TV/movie audio too.

One Echo Studio alone may be enough, though. There’s an astonishing amount of volume from a single, relatively small speaker, but more than that it’s clear and packs a broad, stereo soundstage as well. The other Echo speakers are serviceable but not really something you’d want to spend all day listening to your favorite album on; the Echo Studio is at another level. 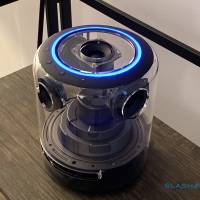 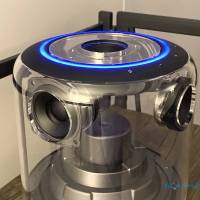 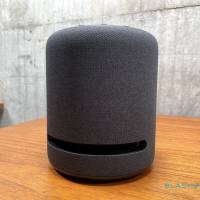 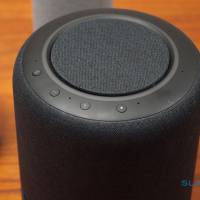 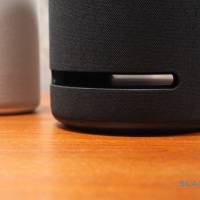 Part of that is down to the automatic tuning. Since the Echo Studio has those seven microphones to play with, it uses them to automatically adjust its EQ settings to suit the space it’s in. We’ve seen similar from the HomePod and, more recently, Sonos’ Move, but it’s still a welcome improvement over the usual manual tweaking other audio systems demand. 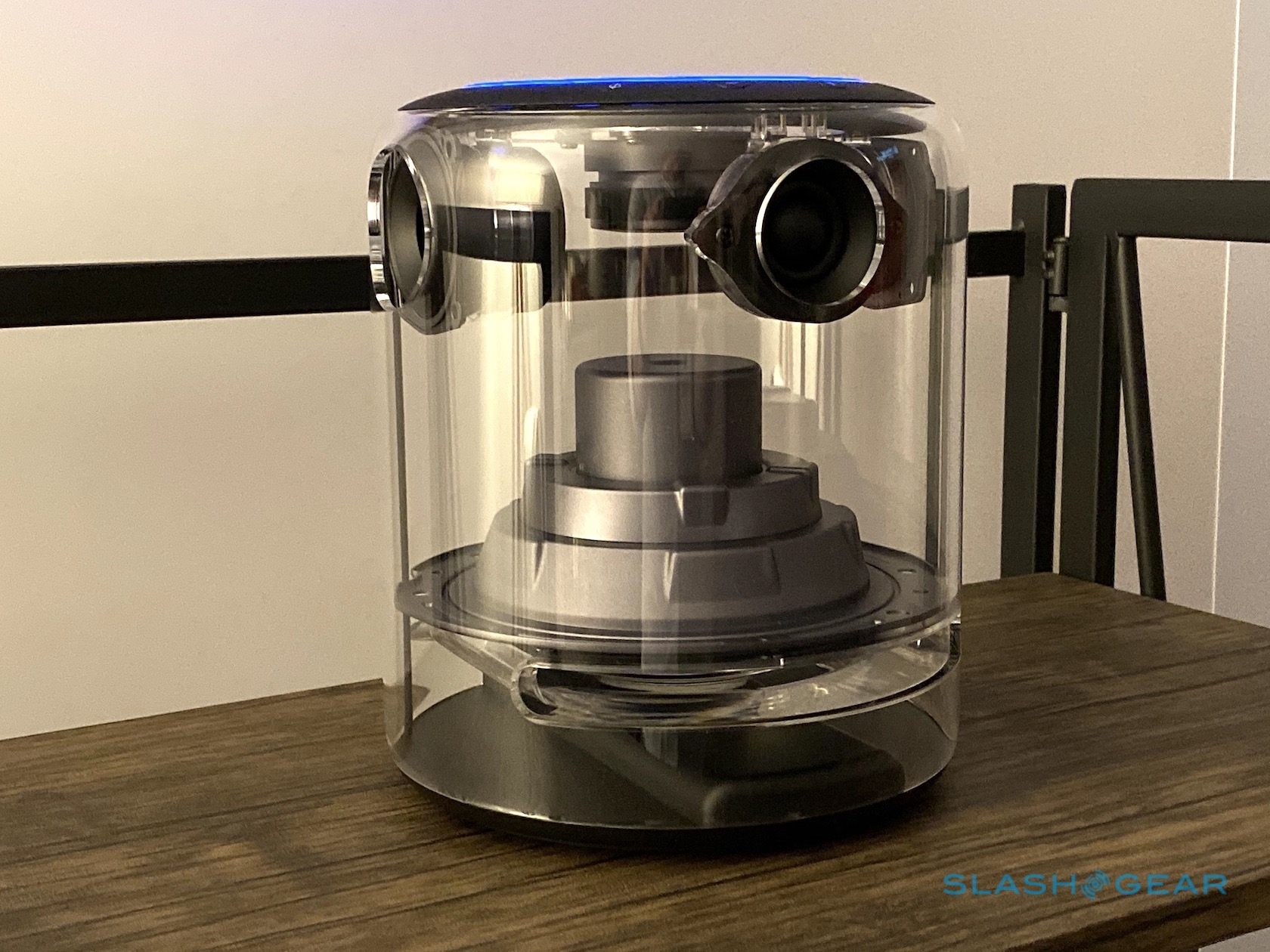 The other magic comes from 3D audio support. The Echo Studio supports Dolby Atmos, along with music that has been encoded in 3D formats, like Sony’s 360 Reality Audio. Eventually there’ll be a catalog of compatible tracks on Amazon Music HD, among other services, though it’s still likely to be a while before anything like the majority of music is encoded in such formats.

If there’s a downside, it’s that Amazon doesn’t plan to sell the transparent Echo Studio that it has here in Seattle to show off just what’s inside the smart speaker. 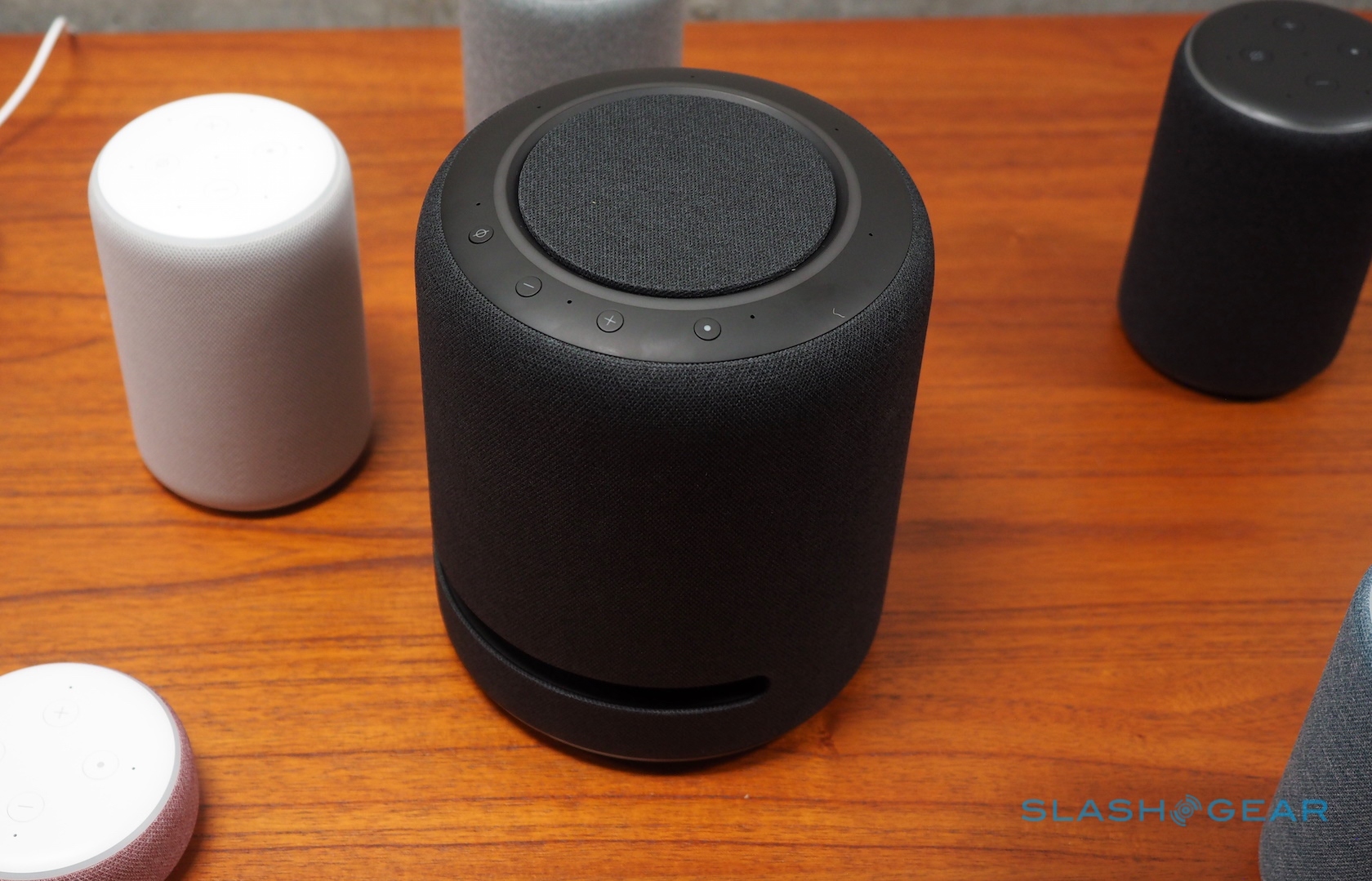 More seriously, just as the Echo Buds should probably give Sony, Apple, and others some sleepless nights for its combination of sound quality, noise reduction, and price, so the Echo Studio could well give Apple, Sonos, and others headaches. We’ll know how serious that will be when the Echo Studio goes on sale on November 7, priced at $199.99.