Patience is a necessary evil for any super-exclusive car, but even by Rolls-Royce standards the roughly four years it took to build a striking new bespoke Koa Phantom is extreme. An example of just what the automaker’s craftspeople are capable of with luxury materials – and a customer with deep pockets and a willingness to wait for a certain tree to fall – the luxury sedan has made its way from the UK to a classic car collection in Indiana, USA.

Nobody has ever called the eighth-generation Phantom lacking. Unveiled back in 2017, it’s as excessive and lavish as you’d expect for anything bearing the Spirit of Ecstasy on its hood. Rolls-Royce went to extremes to illustrate just what flights of fancy it could come up with, from power doors to a dashboard-spanning art display known as The Gallery. 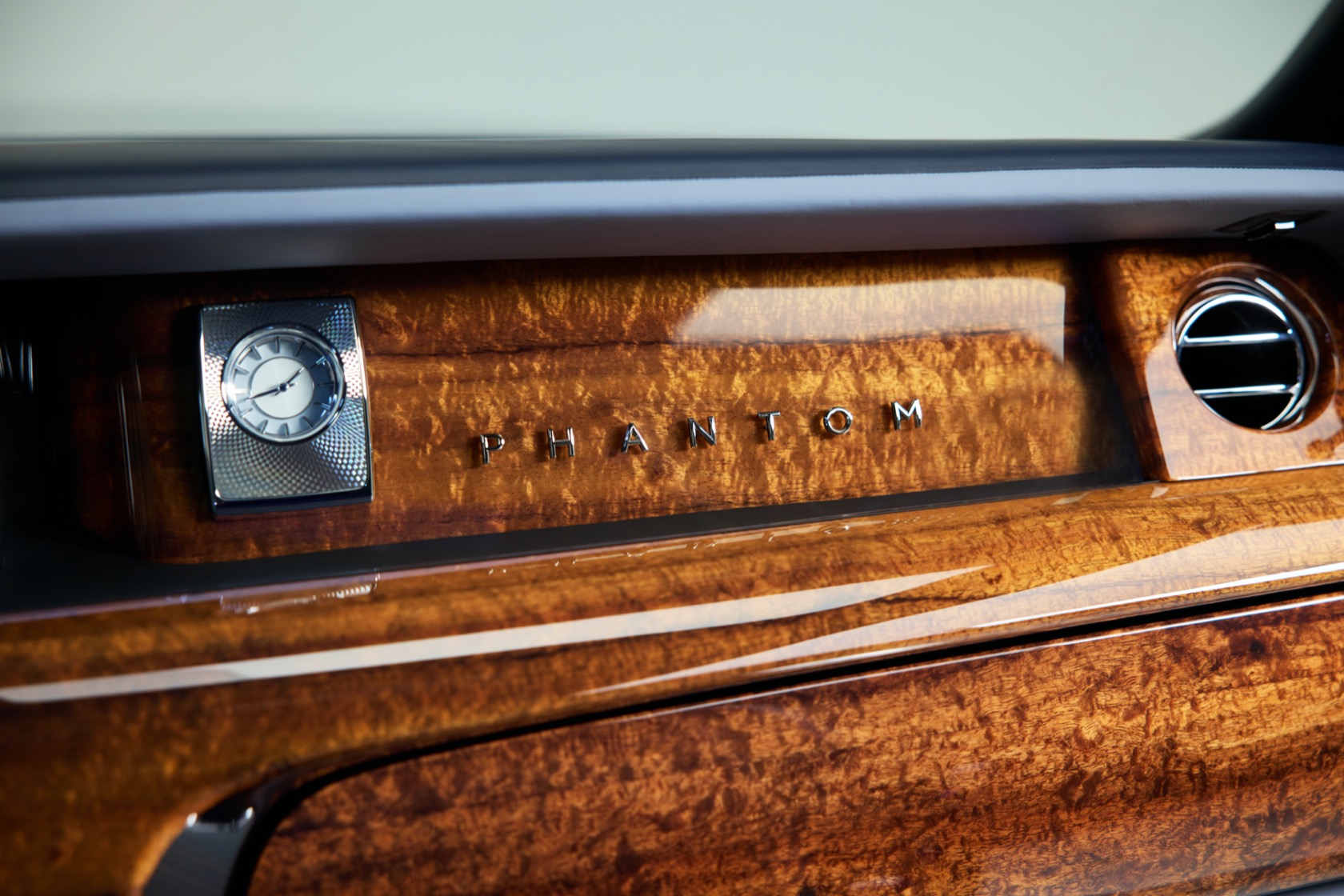 Still, when Jack Boyd Smith, Jr. – who happened to already own four Rolls-Royce models from different eras as part of a 60+ collection – spotted the Phantom VIII, he thought he could do better. His inspiration was another rarity that had promised similar levels of cosseting, only from eight decades ago. The result is the Koa Phantom that Rolls-Royce is showing off for the first time today. 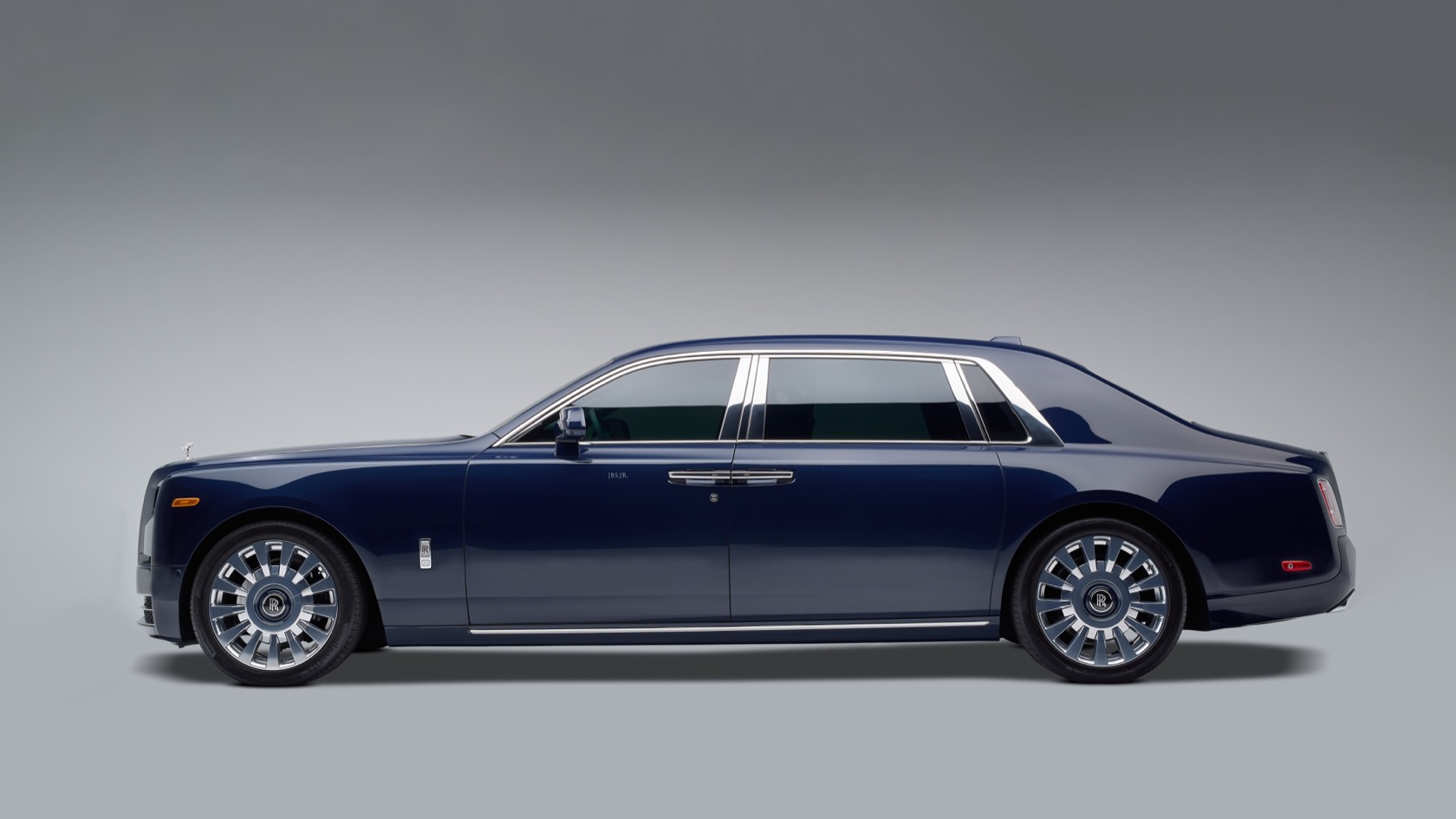 The fairly conservative exterior hides a surprising degree of effort. Its paintwork is finished in a shade known as “Packard Blue,” custom color-matched to the finish of a 1934 Packard Twelve Coupe from The JBS Collection. That temporarily donated its fender so that it could be shipped from Indiana to Goodwood, UK, where the Rolls-Royce color team could try to recreate it for the Phantom. 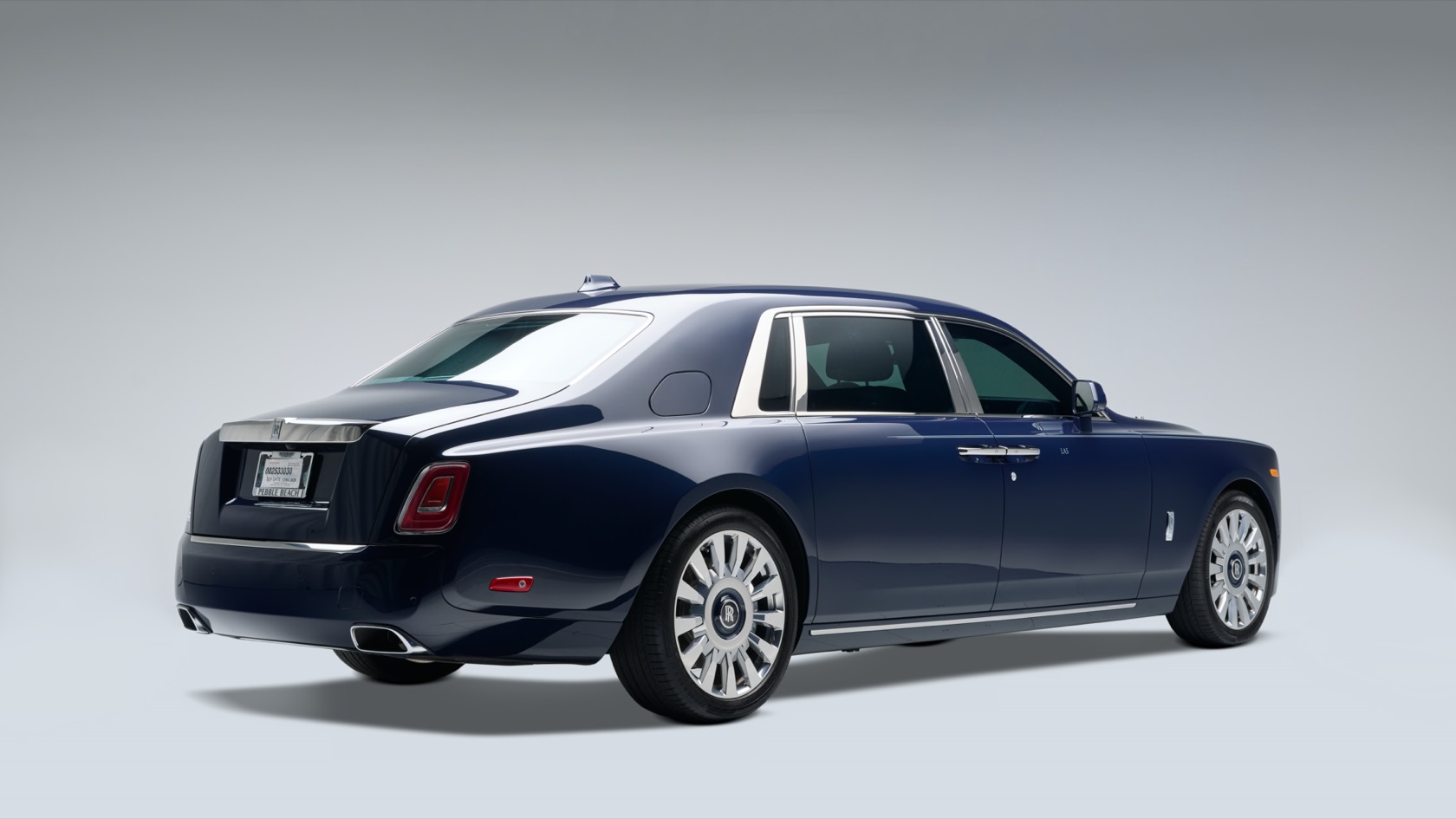 Problem is, paint samples that look right on flat surfaces don’t necessarily hold up on curved bodywork, and vice-versa. It apparently took more than forty attempts to get just the right shade down. A hand-painted coachline in contrasting Dove Grey was added along the length of the car, with matching initials for Smith and his wife on the doors. 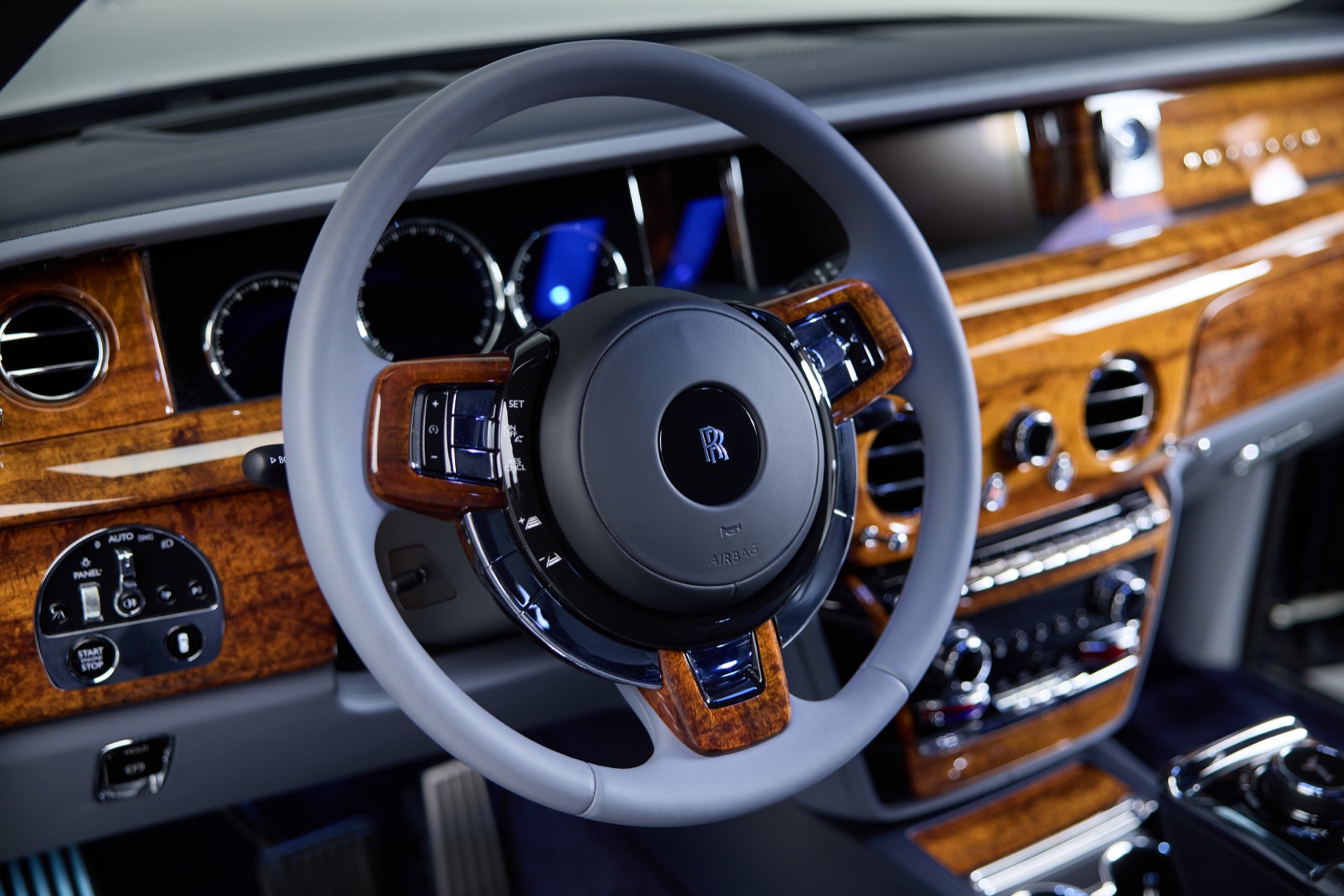 Inside, though, is where things got really complex – and time-consuming. Smith wanted Koa wood for his Phantom, not something commonly found on the Rolls-Royce options list. Native to Hawaii, the tree is actually protected: it can only be harvested from private agricultural land, and effectively when it drops rather than by going out with a chainsaw. 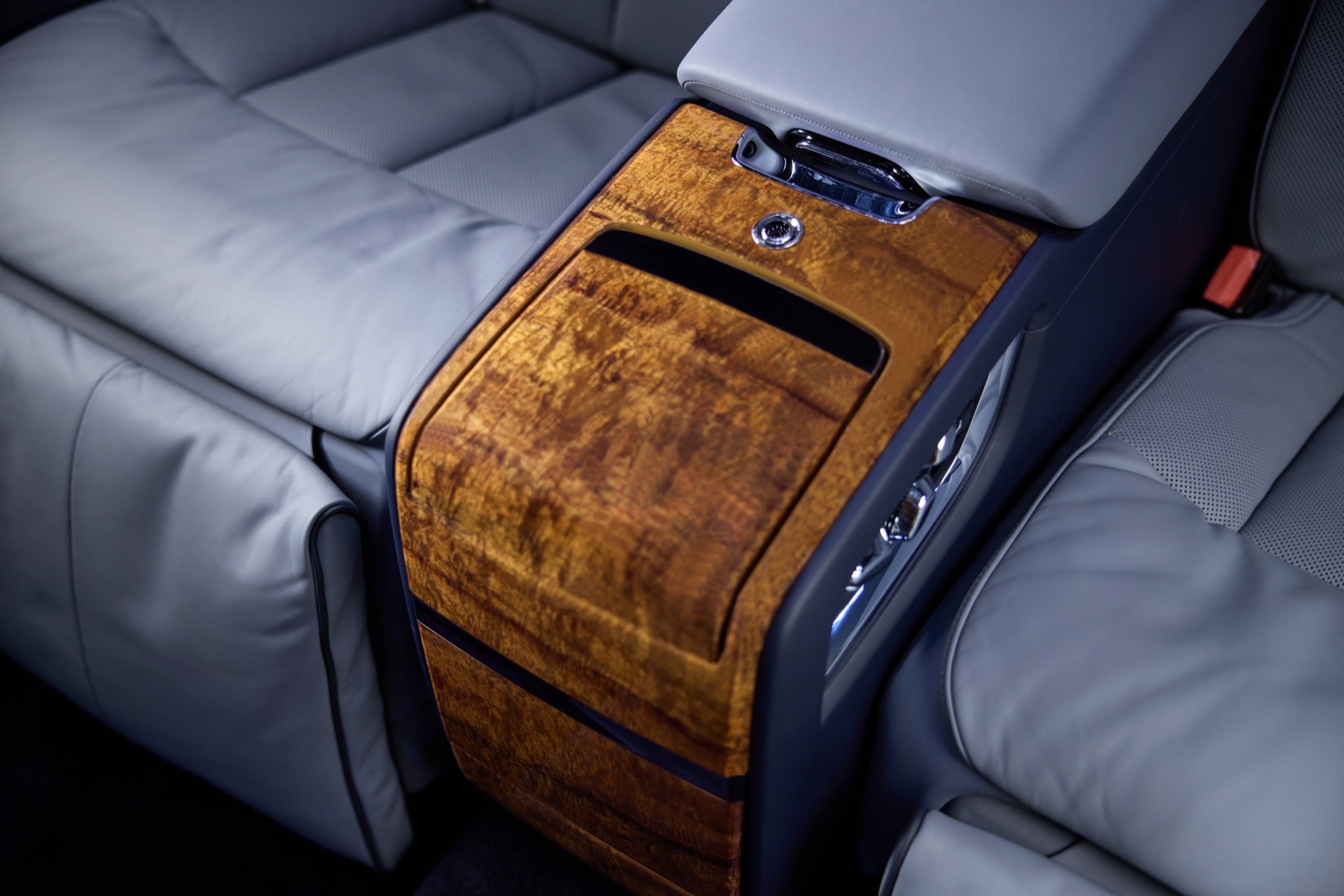 It took around three years for a suitably-sized piece of log to become available. Once they had their hands on it, though, the automaker’s wood specialists went to work carving the wafer-thin slices of veneer that would be used across the dashboard, center console, steering wheel, door trim, and in multiple sections in the rear. 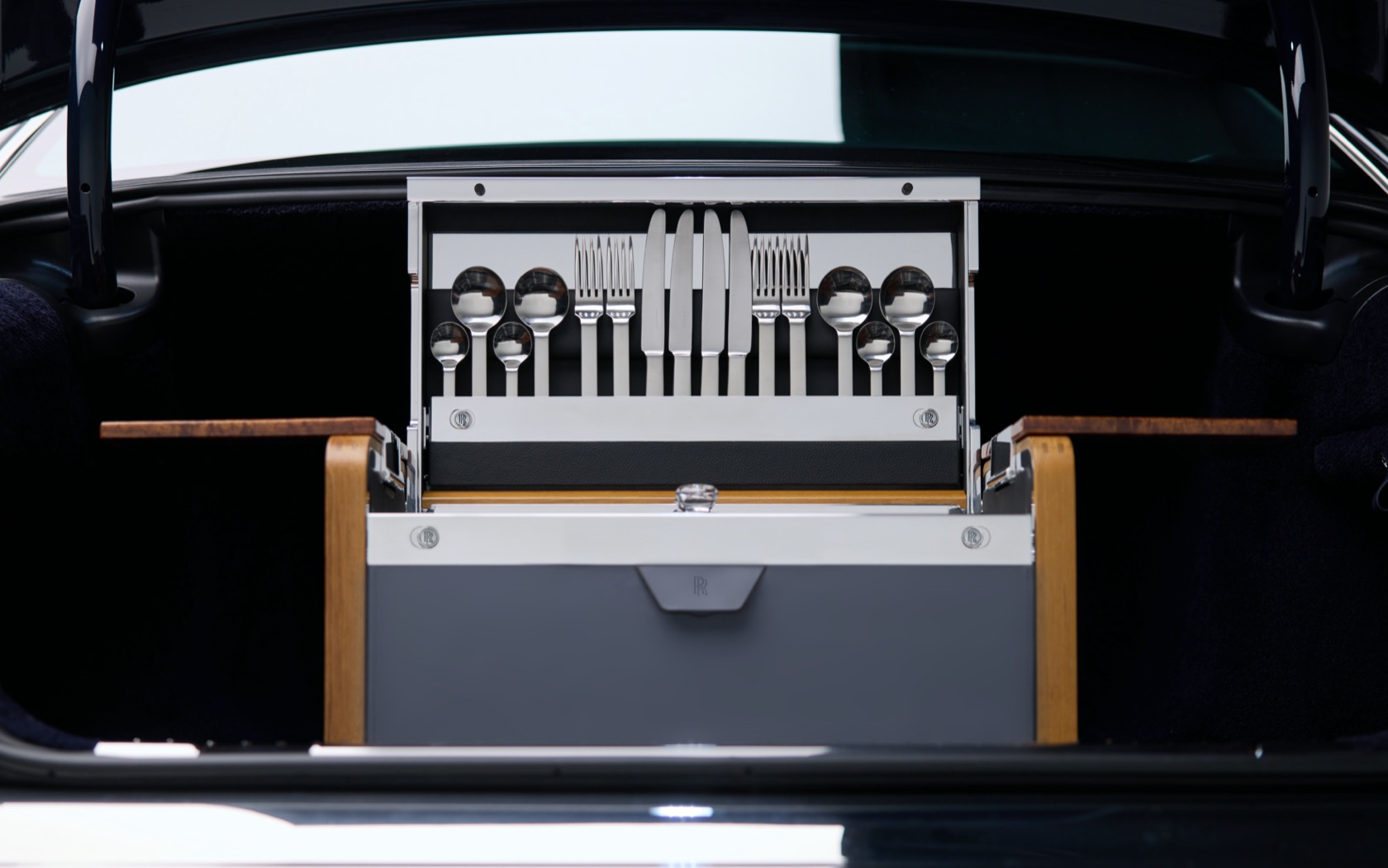 A matching picnic hamper was created, with fold out panels of lacquered Koa wood for tables, and an untreated section to act as a cutting board. Custom glassware – marked, as with the Phantom’s doors, with the owners’ initials – is included, with a matching set in the refrigerator compartment in the back of the sedan. 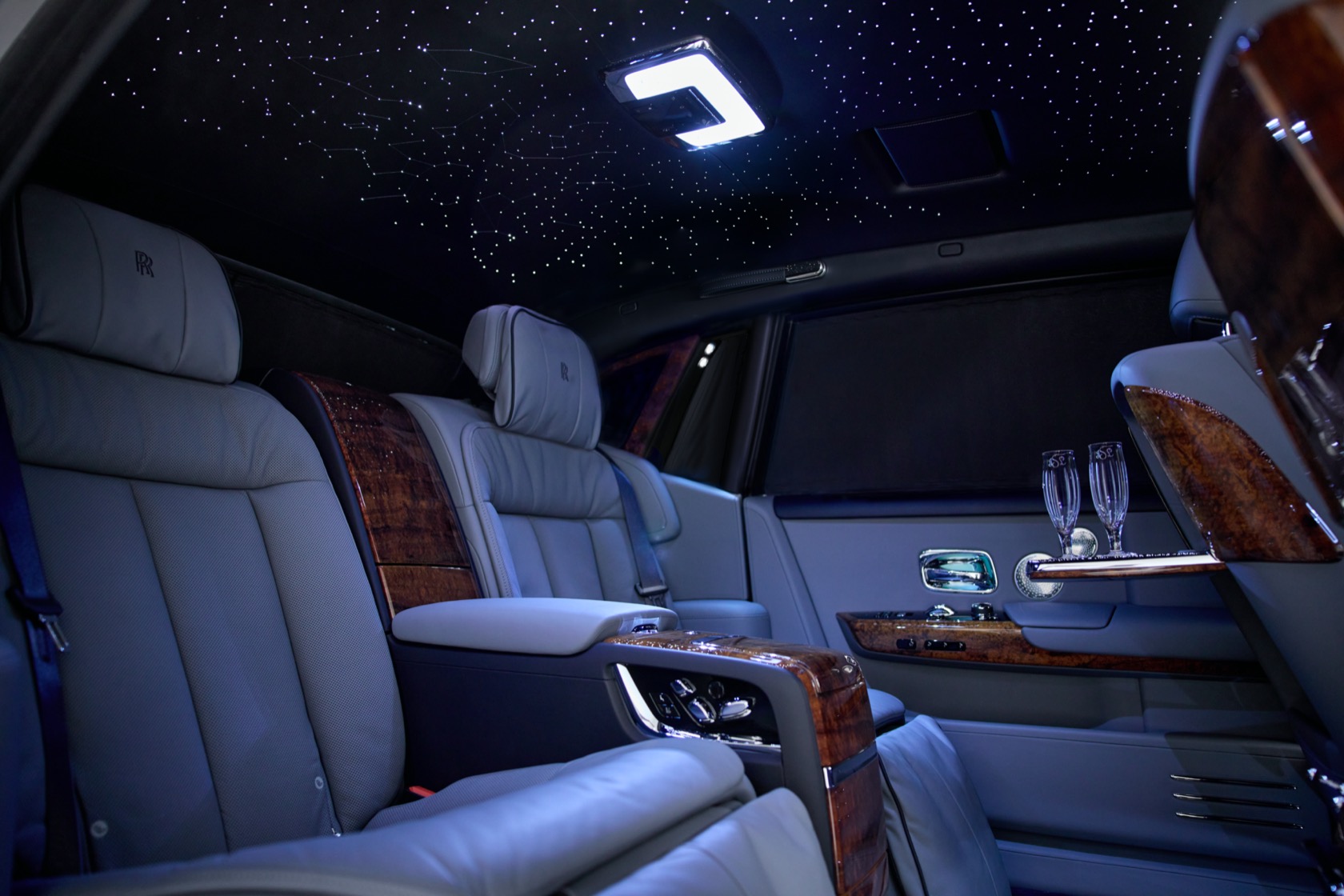 As for the hide, Dove Grey was selected there, contrasting with the golden Koa wood and Navy Blue piping and highlights. The starlight headliner – which Rolls-Royce says has become one of its most popular options – picks out the constellation of the night sky above Cleveland Ohio, where Smith was born, on the date of his birth. 1,420 fiber optic lights embedded into navy-blue leather not only twinkle in the darkened cabin, but can be picked out with shooting stars. 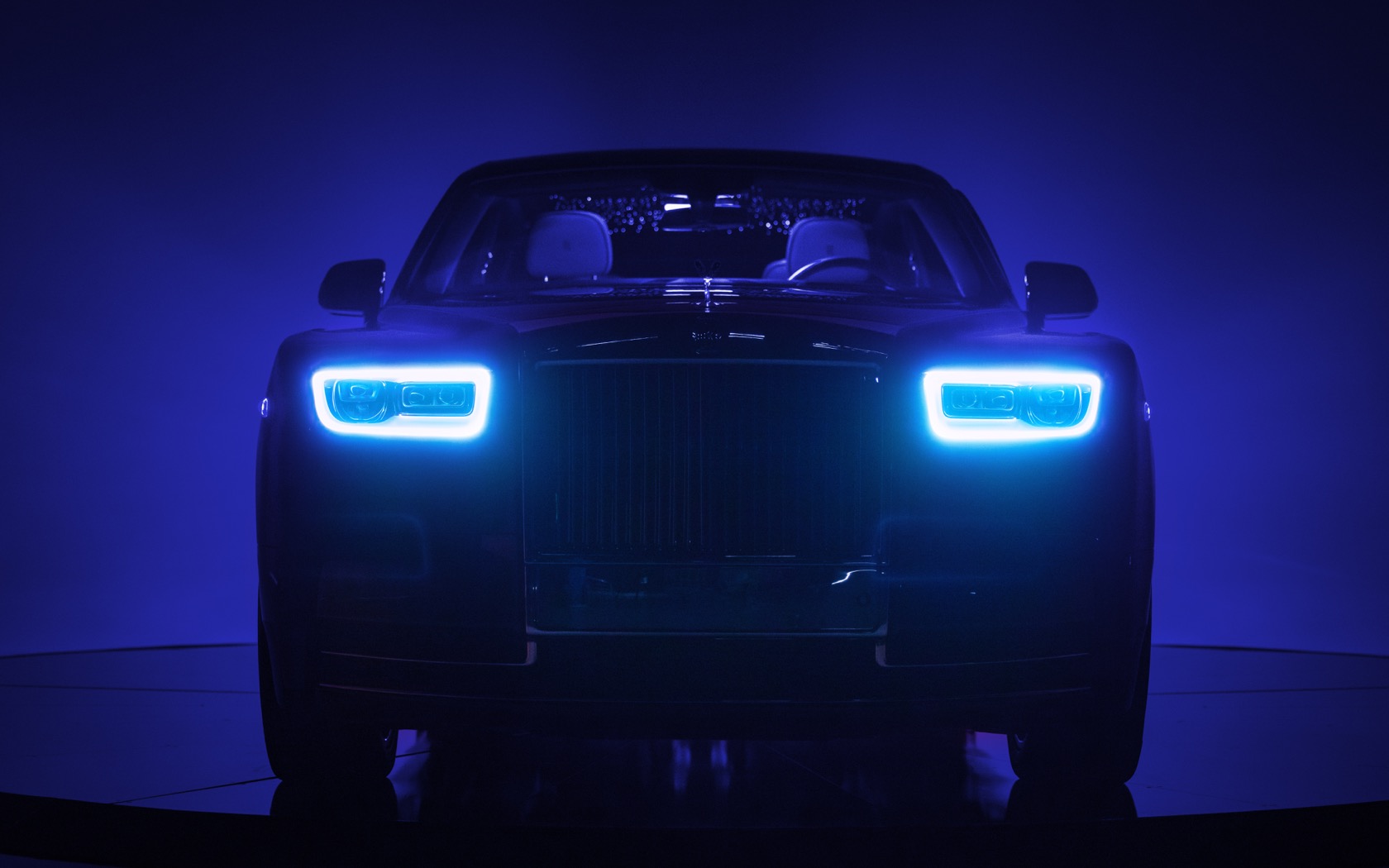 It’s certainly not the most outlandish customized Rolls-Royce in recent memory. If you want “looks like it just rolled off a movie set,” after all, you could do worse than Justin Bieber’s new custom Wraith (which was, to be fair, not the handiwork of the British automaker itself). Still, Rolls-Royce says the Koa Phantom is actually its most complex bespoke Phantom project so far.