This McLaren Senna Ride-On is an awesome electric toy

McLaren has a penchant for creating Lilliputian versions of its supercars. The latest is this McLaren Senna electric toy. Perfect for kids 3 to 6 years of age, this is McLaren’s most affordable version of the Senna supercar. Considering a full-scale Senna starts at around $1 million, the Ride-On version is only $582.

Honestly, it’s still a rather expensive toy, but can you name one with dihedral doors and a working infotainment system? McLaren’s newest supercar toy has the same features as the McLaren 720S Ride-On unveiled in 2019. However, the Senna version is available in six liveries, but the car you’re seeing here – the yellow and green model – will be exclusively sold through McLaren’s retailer network.

And yes, it does have working dihedral doors and an infotainment system. The latter can access files from an SD card or USB device so your kid can play his/her preferred tunes while strolling in the Senna. The car also has a genuine push start button that plays McLaren Senna engine sounds upon engaging. 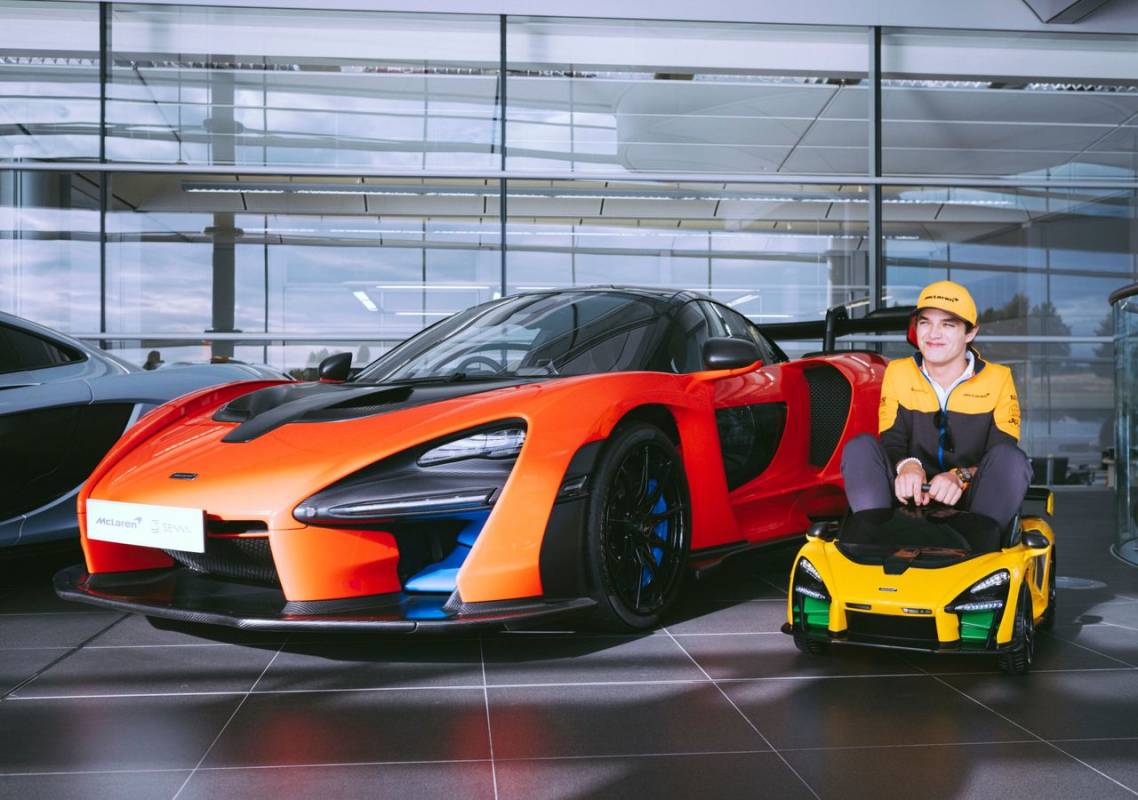 The McLaren Senna Ride-On is not road legal, but it still has functional brakes and brake lights. The car is so special that McLaren Formula One driver Lando Norris couldn’t resist the car’s allure. It may be a toy, but it’s a McLaren toy car, thank you very much! Also, it’s the only toy car to bear the name of three-time Formula 1 world champion Ayrton Senna, who is regarded by many as the best and fastest driver in the history of the sport.

If your kid starts bugging you about McLaren’s newest creation, the Senna Ride-On is available to order now at your favorite McLaren retailer or HyperToys.com. Additional paint colors include white, black, Mira orange, Vega blue, and Memphis red. The car will also be sold in select Target and Walmart stores in the coming months.