This is the new HTC One M8

HTC has been teasing the new HTC One for some weeks now, and the curtain has finally been lifted on the 2014 flagship. Refining the unibody design of the original One, and maintaining HTC’s offbeat approach to photography tech, the new One adds Duo Camera to the mix as well, in addition to throwing in not only unlocked and developer versions, but a Google Play Edition too. Read on for the highlights.

First things first: the name. HTC actually touched on the idea of the “One” branding being a persistent thing, much in the same way that we’ve had multiple iPhones, back at the launch of the first version, but even with a “New” prefix it was likely to get confusing. To fix that, the M8 product code is going to be more broadly used, unlike the M7 code of the original One which was only really intended for internal use. 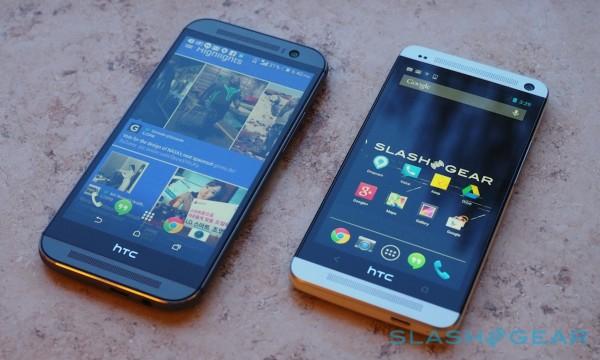 Three color options are on the table – gunmetal grey, which will be the “hero” finish, along with glacial silver and amber gold – all hewn from a single block of aluminum. HTC uses its CNC machine to cut the basic shape, then injects the few remaining slits and gaps with plastic, finally returning to the cutting machine to finish things off. There’s a whole lot less plastic involved this time around, too: the new HTC One is 90-percent metal, versus the 70-percent of its predecessor.

That adds up to a phone that both looks and feels great in the hand. It’s a little longer and wider than before, not to mention a little heavier, accommodating a larger, 5-inch display in the process, but the brushed finish and satin edges nestle into the hand beautifully. We’re yet to see whether the carriers will mar the design with over-zealous badging, but HTC has kept things relatively simple with a small logo on the lower front and an inset badge across the back. 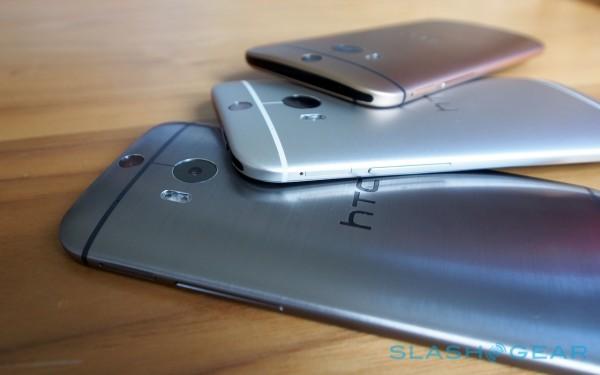 Notably it has the same screen size as the Nokia Lumia Icon on Verizon, though is longer than the Windows Phone. It’s also slimmer, however, with more comfortable edges for extended gripping. Samsung’s Galaxy S5 is yet to hit shelves, but the arguments between those who prefer plastic handsets and those who like metal are likely to be just as vocal as they were in 2013 around the first HTC One and the Galaxy S4.

Sense is now in its sixth major iteration, and looks all the better for it, HTC redesigning things like BlinkFeed to make the UI even more discrete. There’s a better use of motion and gesture recognition, too: pick up the new One and hold it horizontally, for instance, and when you tap the volume rocker the camera app opens. Lifting the phone to your ear while it’s ringing automatically answers the call.

The twin camera design, which HTC calls Duo Camera, measures depth in a similar way to how the human eyes work. That allows for selective refocusing, much as we’ve seen done with Lytro cameras, as well as various effects like bokeh. There’s even a semi-3D mode which tilts the frame around as you move the One M8, allowing you to peek around the sides of objects. 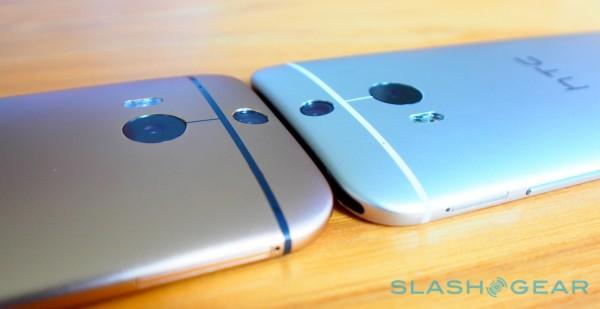 HTC’s UltraPixel tech is carried over, with an effective 4-megapixel resolution but using larger individual pixels to maximize the light that’s captured. This time round, though, there’s not such an obsessional focus on low-light performance, with the camera DSP reworked so that the new One does better across a broader range of settings.

The stakes are high for HTC. Neither Apple nor Samsung show any signs of slowing down their investment into mobile, and 2013 clearly demonstrated that, even with a great phone, it takes more to capture the market. That means clever advertising, as well as fleshing out the midrange with devices like the recently announced Desire 816.

Excited? Check out our full review of the new HTC One M8 for all the details!