This is Mercedes-Benz’s new self-driving car

A lounge on wheels, an obscenely luxurious pod that drives itself, or just the F 015 Luxury in Motion: whatever you want to call it, Mercedes-Benz‘s new autonomous car is certainly striking. Revealed during the company’s CES 2015 keynote, the vast sedan takes a less-than typical approach to driving – and makes an argument for why the best days of the auto industry might still be ahead of it. Despite the ongoing growth in the population, and the increasing number of people who live in urban areas, Dr Dieter Zetsche Chairman of the Board of Daimler says, driverless cars give the gift of privacy.

Autonomous cars are “exclusive cocoons on wheels,” Dr Zetsche insists, describing such a vehicle as “the redefinition of automotive luxury.”

Mercedes-Benz is no newbie when it comes to autonomous driving. Back in 2013, the company hooked up with Nokia, blessed an S Class with HERE maps data, and sent it trundling across part of Germany as a proof of concept.

Whereas that car might not have stood out as something unusual at first or even second glance, the same can’t be said for the F 015. 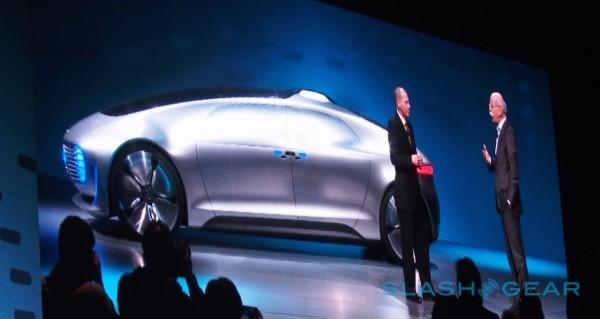 A vast silver lozenge, studded in mutli-color LEDs and with windows that almost hide as metal, it sits on 26-inch custom wheels. A four-door, the rear doors hinge at the back, and lack a B-pillar completely.

“Two words here: clean and clear,” Dr. Zetsche says, “we moved the wheels to the corners of the car,” which leaves far more space inside.

The lights are used to communicate with pedestrians and other road users, and can project a virtual crossing if it detects someone wanting to walk across the road. Lights at the back show vehicles behind that there’s someone passing. 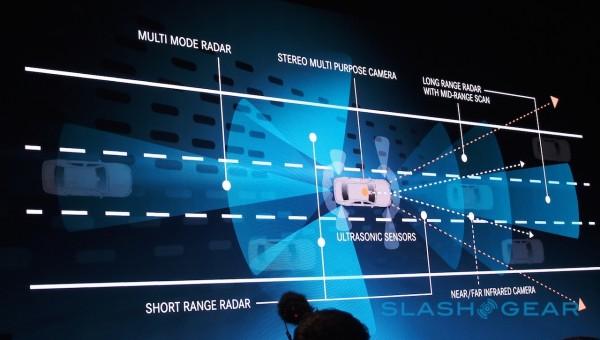 “We are confident that Mercedes will soon be able to make this a business case,” Dr Zetsche says of the technology, but admitted that there’s more to getting such cars on the road than just the gadgetry.

“How do we make sure that customer data is safe with these vehicles?” he as How are we going to deal with legal implications that are as-yet unclear? Who are we going to hold responsible in the unlikely event that an autonomous car crashes?”

Want more? We have all the information on the Mercedes-Benz F 015 in our in-depth backgrounder. 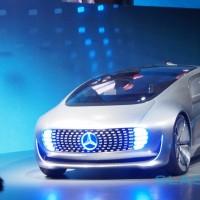 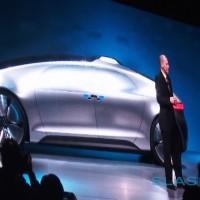 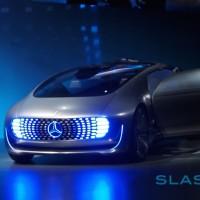 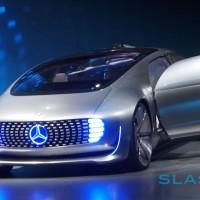 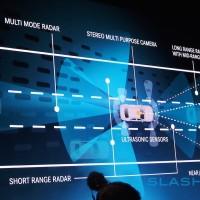 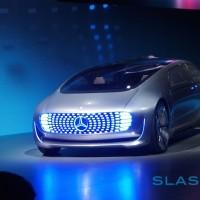