NASA’s Perseverance may have been on Mars since February, but the rover is only now preparing to take its very first sample of red planet rock. It’s taken more than a month of exploration in Jezero Crater, the location NASA selected to land Perseverance for the strongest chance of discovering ancient signs of life, to identify the best candidate spot for a multi-stage sampling process.

That assessment work started on June 1, with Perseverance focusing its efforts on a 1.5 square mile area of the crater. That portion was picked by NASA scientists at the Jet Propulsion Lab that manages the rover because it’s believed to contain the deepest, and most ancient, layers of exposed bedrock.

Even when a final location within that segment is decided upon – something NASA expects to do within the next two weeks or so – the sampling process itself is going to take almost two weeks to complete. Key to it all is Perseverance’s 7 foot long robotic arm, which will begin by setting out the rover’s workspace: effectively laying out all the tools and equipment it will require. There’ll actually be two sites picked, one for the sample and another to act as the “proximity science” zone.

After that, it’ll be the turn of five different instruments to come into play. As Vivian Sun, of NASA’s JPL explains, “first we use an abrading bit to scrape off the top layers of rock and dust to expose fresh, unweathered surfaces, blow it clean with our Gas Dust Removal Tool, and then get up close and personal with our turret-mounted proximity science instruments SHERLOC, PIXL, and WATSON.”

Those three tools will give NASA mineral and chemical analysis of the target spot. At the same time, SuperCam will fire a laser at the abraded surface, then use spectroscopy to measure the plume that generates. Finally, Mastcam-Z – the zoom-equipped camera with which Perseverance has sent back recordings of the Ingenuity Mars helicopter among other things – will document the whole process in high resolution.

The abilities of Perseverance to do on-site analysis, though, are only part of what NASA envisages for the Martian samples. After giving the rover a Martian day to recharge with its solar panels, the JPL team will move on to sampling.

Perseverance won’t return to Earth, but it is going to gather up samples of Mars rock that, eventually, will be analyzed back on its origin planet. For that, NASA developed an ultra-clean sampling system, to minimize as far as possible the chance of taking contaminants from Earth to Mars. Those tubes are instrumental to the Sampling and Caching System.

“Sampling day kicks off with the sample-handling arm within the Adaptive Caching Assembly retrieving a sample tube, heating it, and then inserting it into a coring bit,” NASA explains. “A device called the bit carousel transports the tube and bit to a rotary-percussive drill on Perseverance’s robotic arm, which will then drill the untouched geologic “twin” of the rock studied the previous sol, filling the tube with a core sample roughly the size of a piece of chalk.”

After being returned to the Adaptive Caching Assembly, the sample will be measured for volume and Perseverance will take photos of it. The container will then be sealed hermetically, and stored. Eventually, NASA plans to leave the cache of sample tubes on the surface of Mars, where a future mission will scoop them up and bring them back into orbit. A subsequent mission will collect them from there and return them to Earth.

In all, NASA says, it takes around 11 days for the whole process to be carried out. Although there’s understandably excitement for Perseverance’s sampling work to get underway, the team responsible for the rover are also upfront about the limitations of just what can be worked out from these early chunks of gathered rock. 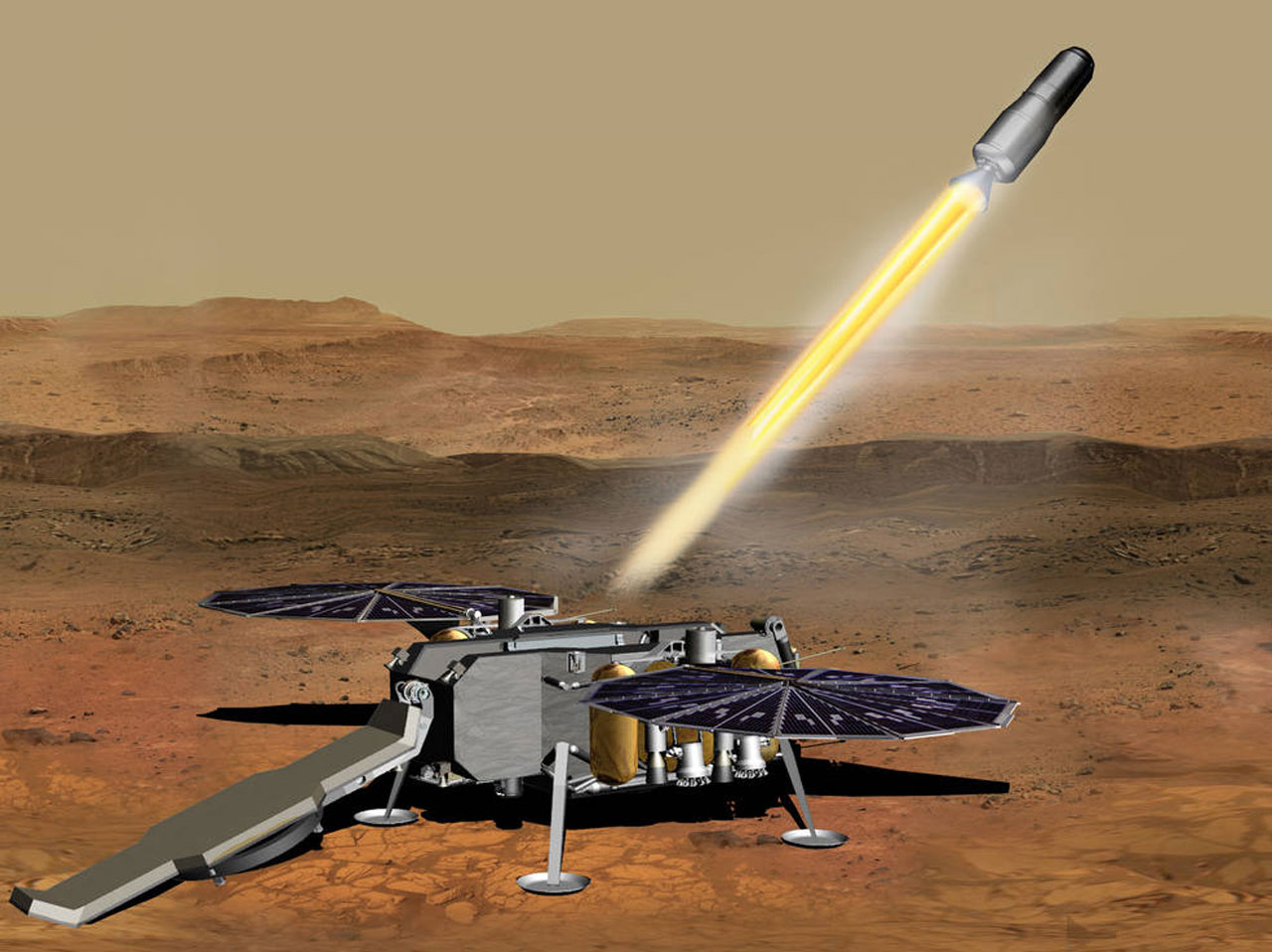 “Not every sample Perseverance is collecting will be done in the quest for ancient life, and we don’t expect this first sample to provide definitive proof one way or the other,” Ken Farley, a Perseverance project scientist at Caltech, points out. “While the rocks located in this geologic unit are not great time capsules for organics, we believe they have been around since the formation of Jezero Crater and incredibly valuable to fill gaps in our geologic understanding of this region – things we’ll desperately need to know if we find life once existed on Mars.”

It’ll be a while before anybody gets to load those Martian rock samples into equipment here on Earth. While NASA has awarded contracts for the system by which the containers will be returned, the joint NASA/ESA mission to do that isn’t expected until 2028 at the earliest.