NASA’s mission to take the Perseverance rover to Mars may be ambitious in its own right, but even that pales in comparison to the US space agency’s incredible plan to bring samples of Martian rock back to Earth. While Perseverance will join Curiosity, Sojourner, Spirit, and Opportunity as permanent residents of Mars, the samples the rover collects of soil and rock there are intending to make a return journey.

Of course, getting stuff from Earth to Mars – while challenging in itself – does at least have the collected expertise of NASA and its commercial partners to count upon. Bringing samples back in the opposite direction, though, is far trickier. While Curiosity and the other rovers have beamed images and scientific data back through their data connections with Earth, you can’t do that with physical soil samples.

NASA’s plan, then, is an audacious decade-long relay race comprising not only the Perseverance mission but two further ones. The robotic rover – effectively a mining machine, sample-gatherer, and science lab on six wheels – will first gather up the various soil and rock NASA has its eye on in the Jezero Crater on Mars. It’ll package that into tubes, and then basically leave them. 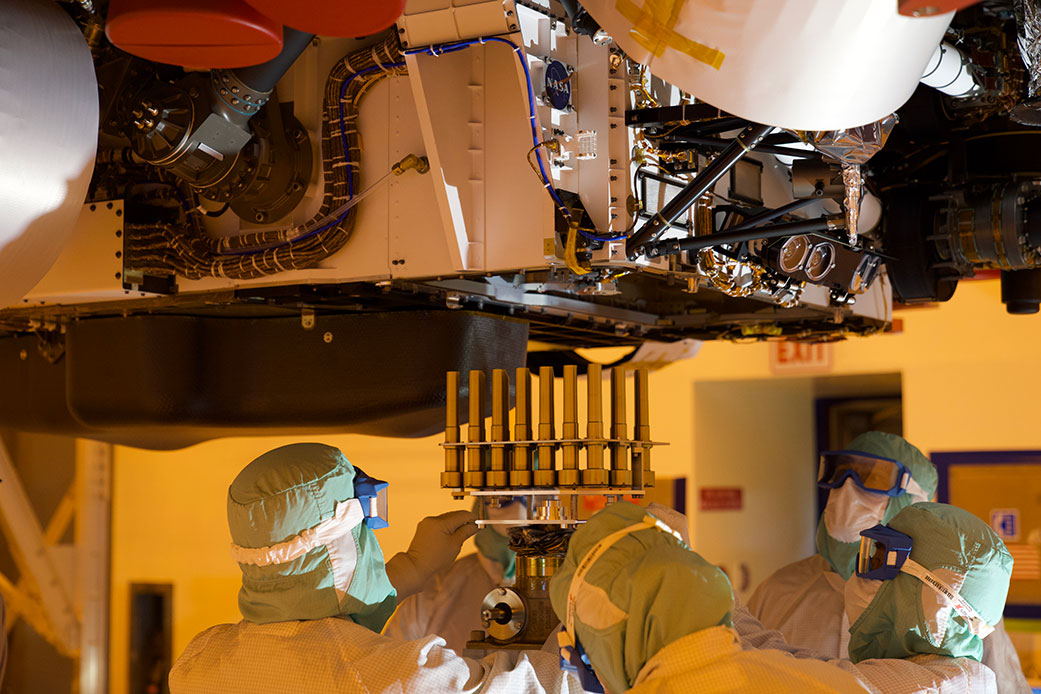 A second mission – currently in the planning stages between NASA and the European Space Agency (ESA) – will be responsible for delivering the Mars Ascent Vehicle to the planet. Unlike Perseverance, it’s designed not only to make it down to the Martian surface, but return back into orbit too. It’ll be accompanied by a special “fetch” rover which will go hunting for Perseverance’s left-behind tubes, and then load them into the Mars Ascent Vehicle itself before it takes off.

Finally, NASA and the ESA plan to launch another mission to Mars. That won’t be designed to land on the planet, but instead capture the samples that have been orbiting the red planet. If all goes to plan – never an entirely safe bet when you’re dealing with the vastness of space and the minutiae of federal agency budgets – that could take place in 2031, though it wouldn’t be remiss to expect it to get pushed back until later that decade.

While Perseverance’s primary mission is expected to run for two years – though the rover is likely to remain operational for some time after that – the sampling tubes it prepares for the later missions have to guarantee stability for much longer. The earliest the Mars Ascent Vehicle’s cargo could be recaptured is expected to be 2028, after all, and with the length of the return trip to Earth in mind, NASA is planning for over 10 years of stability.

The answer, NASA explains today, is the Sample Caching System. At first glance a set of white-coated test tubes, each of the 43 containers is made mainly of titanium and weighs just 57 grams. The white finish helps avoid solar heating, which could change their contents over time.

Each is designed to hold 9 cubic inches of material gathered by Perseverance, in a titanium nitride coated chamber with hermetic seals. That was cleaned with an obsessional focus on Earth, to avoid any potential contamination. 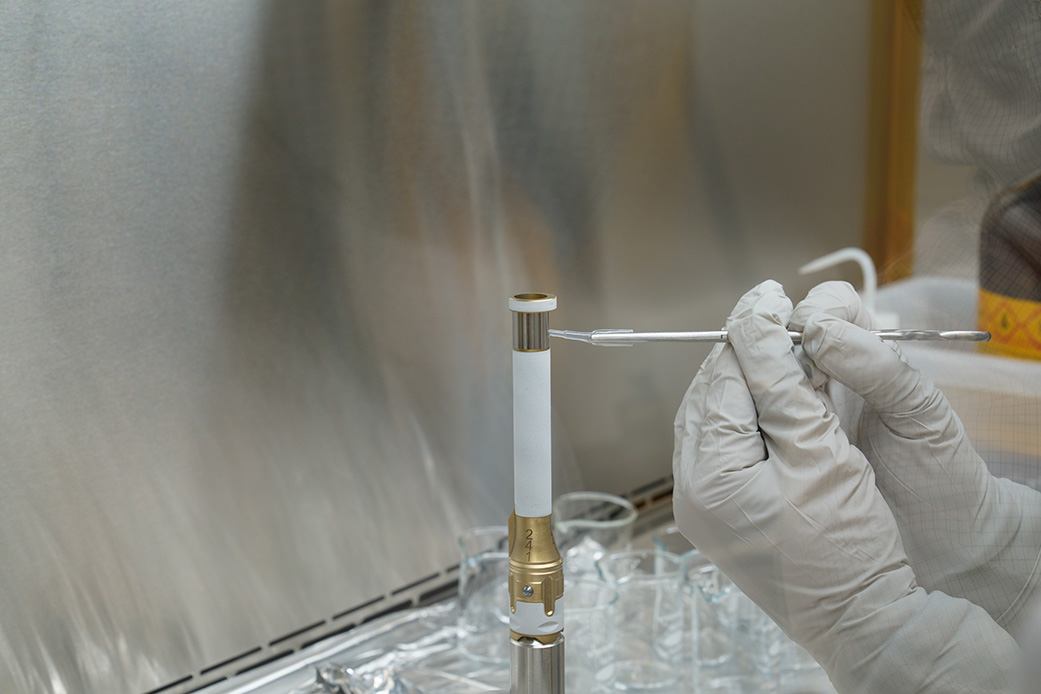 “We did all our assembly in a hyper-clean-room environment, which is essentially a clean room inside a clean room,” Ian Clark, assistant project systems engineer for sample tube cleanliness at NASA’s Jet Propulsion Lab, explains. “Between assembly steps, the sample tubes would be cleaned with filtered air blasts, rinsed with deionized water, and sonically cleaned with acetone, isopropyl alcohol, and other exotic cleaning agents.”

Finally, NASA measured for any remaining contaminants, and then baked the tubes again. 43 were selected from 93 candidates, with 38 due to be used for collecting samples while the remainder are so-called “witness tubes” as a further cautious step. “They’ll be opened one at a time on Mars to witness the ambient environment primarily near sample collection sites,” NASA explains, “cataloging any Earthly impurities or contaminants from the spacecraft that may be present during sample collection.”

While it may sound like a whole lot of effort to go to for what will amount to about a handful or so of samples, there’s plenty riding on what Perseverance collects. NASA and the ESA hope that the Martian rock and regolith will show what signs of ancient microbial life might remain on the planet.