We weren’t expecting the humble smartphone to stumble into the uncanny valley, but a big chunk of malleable fake human skin has proved that once again you don’t need to have imagined something in order for it to subsequently terrify you. Phones that react to squeezing aren’t new, but most of the time they don’t look like a prop from Silence of the Lambs.

Researcher Marc Teyssier clearly thinks that’s an omission which needs to be addressed, and he’s got just the creepy slab of pseudo-skin to do it. An HCI researcher and interaction designer, his focus is on how digital devices and software can be made more approachable and effective by picking up anthropomorphic cues. 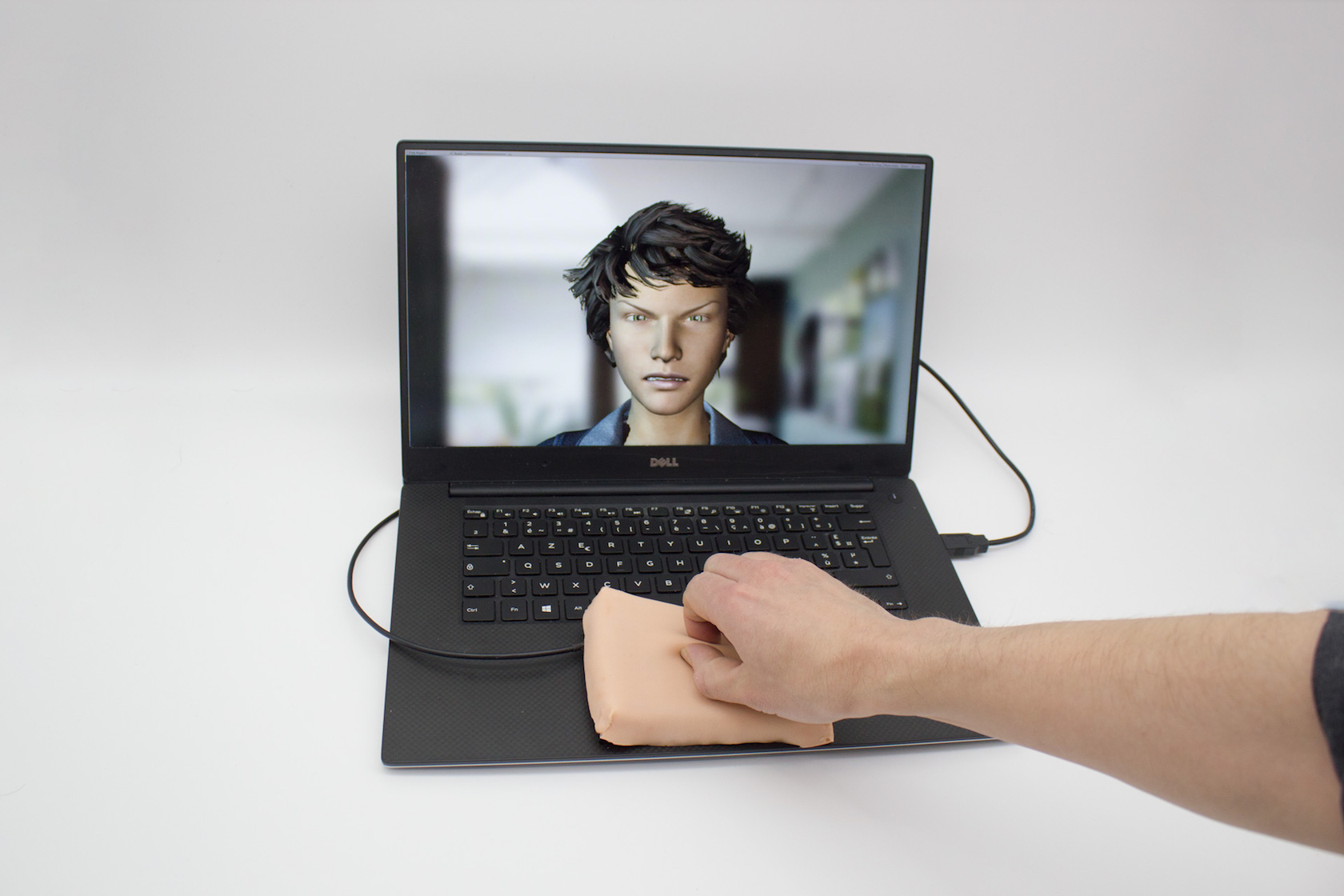 For his latest “Skin-On Interfaces” project, that interface is ominously flesh-like. “Human skin is the best interface for interaction,” Teyssier suggests. “I propose this new paradigm in which interactive devices have their own artificial skin, thus enabling new forms of input gestures for end-users.” 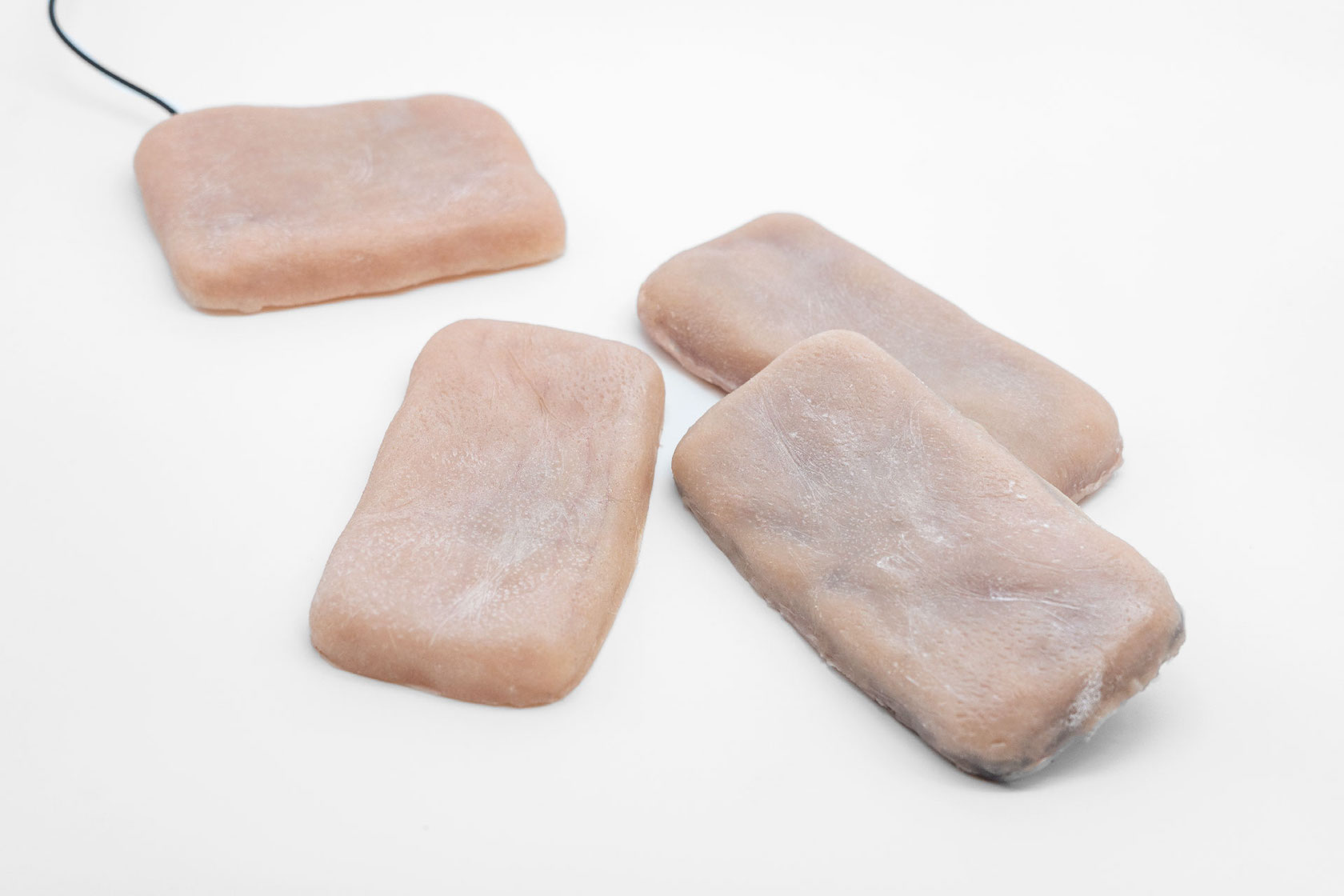 Produced with fellow researchers Gilles Bailly, Catherine Pelachaud, Eric Lecolinet, Andrew Conn, and Anne Roudaut, the Skin-On Interfaces replicate the multiple layers that human skin consist of. In humans, that means an epidermis, Demis, and hypodermis. For Skin-On, it means layers that both track input gestures and have the feel of pushing into flesh.

The result is a material that can track everything from a tap through to multitouch, different levels of pressure, and complex gestures including stroking, stretching, and grabbing. The interface is connected to a specially-designed breakout board, which supports up to 12 sensing electrodes and 21 transmitting electrodes. That can be paired with any other micro controller for processing the touch data. 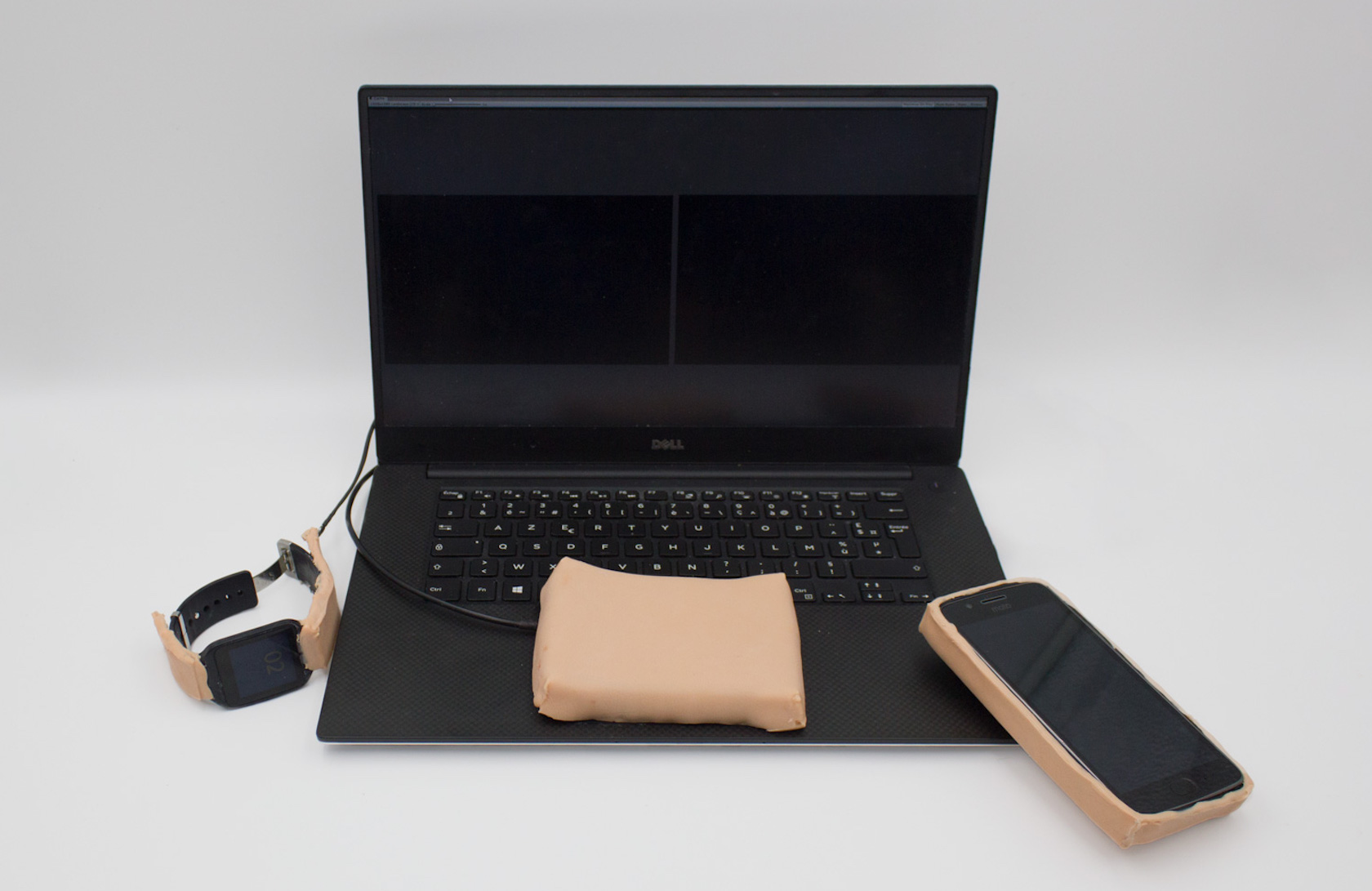 As well as a phone case, Teyssier and his team also used the Skin-On Interface method for other devices. If, for example, you’ve always wished the trackpad on your laptop was a meaty lump of pinchable, pokeable faux-flesh, the good news is that it could be. Another prototype replaced a smartwatch strap with a strip of the digital skin. 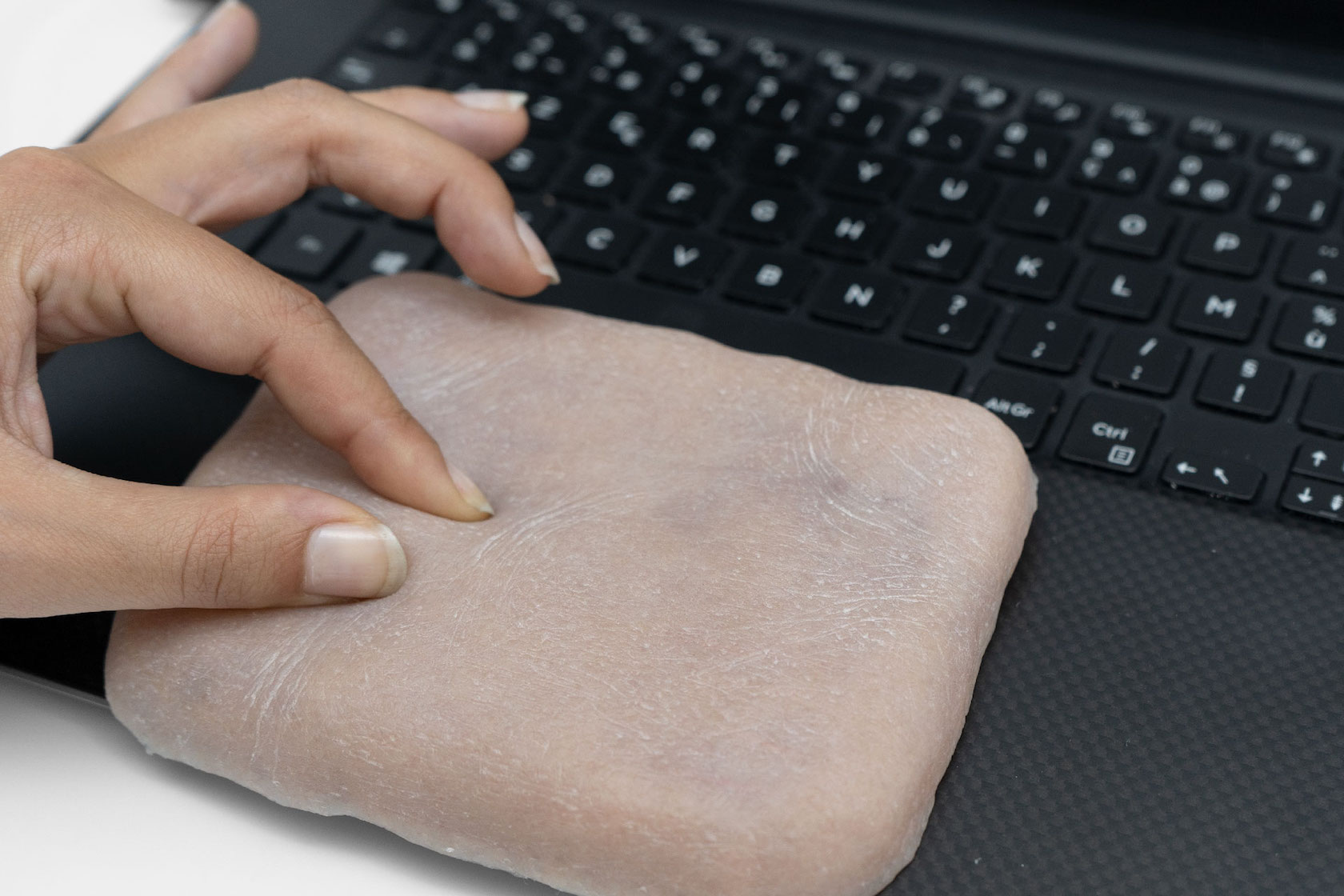 While Teyssier isn’t talking about commercializing the interface, he does give instructions for how to create it yourself. It’s made up of silicone poured into a skin-textured mold, with embedded electrodes.

As far back as 2009, with prototypes like the Synaptics Fuse, companies have been exploring touch and pressure for interaction purposes. While devices like the Pixel 4 include pressure sensors – in the case of Google’s phone it can trigger the Assistant if you squeeze the sides – a body that actually deforms when that pressure is applied is much less common. Whether or not we’re quite ready for skin-textured phones is a good question.