The Xbox Watch nobody asked for has leaked

The smartwatch market seems to be slowing these days, with only a few major players (like Apple) still pursuing a slice of that particular pie. A few years back, however, it seemed that everyone was making smartwatches and fitness trackers of some variety, with Microsoft counted among that group. Many of you are probably familiar with Microsoft’s Band line of wearables, but have you ever heard of the Xbox Watch?

If you follow consumer electronics news closely, you might be familiar with such a device. Though Microsoft never officially released the Xbox Watch, we’ve seen prototypes pop up in the wild here and there, with the most recent sighting being back in September. Now we’re seeing the Xbox Watch in a state we’ve never seen it before, as Hikari Calyx over on Twitter has not only managed to obtain one, but also power it on.

Sightings of the Xbox Watch were already rare enough as it is, but we’ve never actually seen one powered-on before. The results are, unfortunately, unexciting. The low-resolution display only shows us four apps: GPS, Workouts, Settings, and a debug menu for developers who were working on the watch. Other than that, though, there’s next to nothing of note to be found within this Xbox Watch. 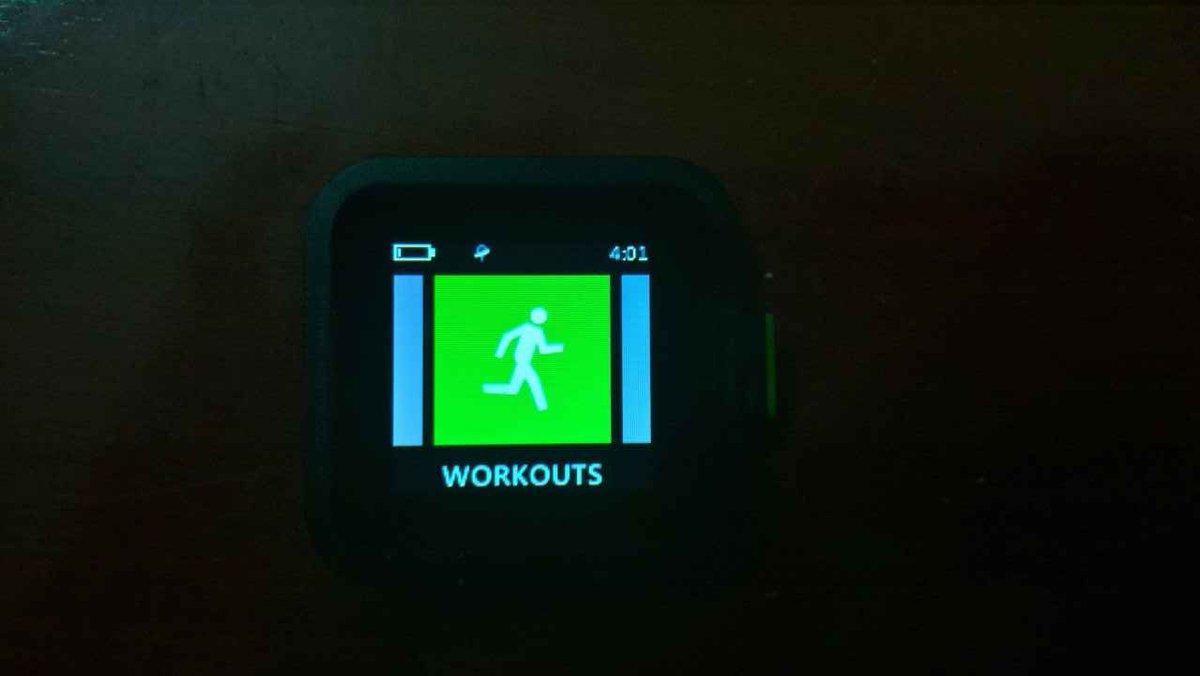 We do see a tile-based operating system like the ones we saw on Windows 8, various Winodws Phones, and the Xbox 360, so the Xbox Watch is certainly a product of its time. In terms of aesthetics, the Microsoft Band definitely ended up being the more attractive device, but considering this is just a prototype, it’s possible that what we see here wasn’t intended to be the final design of the Xbox Watch.

In any case, Microsoft has since left the smartwatch and fitness tracking scene altogether, discontinuing the Band line and instead focusing on building partnerships with other hardware manufacturers like Fitbit. With that in mind, this is probably as close as we’ll ever come to knowing the full story behind the Xbox Watch, so if you have a particular interest in this doomed device, it’s best to soak it all in now.