Volkswagen may have wrapped its new ID.3 electric car in a brightly colored paint job to make sure we couldn’t see in through the windows, but that hasn’t stopped the EV’s dashboard from leaking. Indeed, VW has only itself to blame, since the early glimpse of the screen-heavy cabin come from promo videos it itself published early.

Revealed earlier this year, the ID.3 will be the first of VW Group’s production vehicles to use its so-called MEB platform. That’s the all-electric architecture with which it aims to bring EVs to the mass market – and make a profit in the process – across a variety of segments.

The first of those cars is an urban-focused hatchback, with a price tag in Europe that works out to around $33,600 before subsidies or incentives. Range will start at around 205 miles – on the WLTP cycle, not the US EPA – and stretch to 342 miles at the top end. VW, though, expects the mid-spec ID.3 with roughly 261 miles of range to be the most popular. 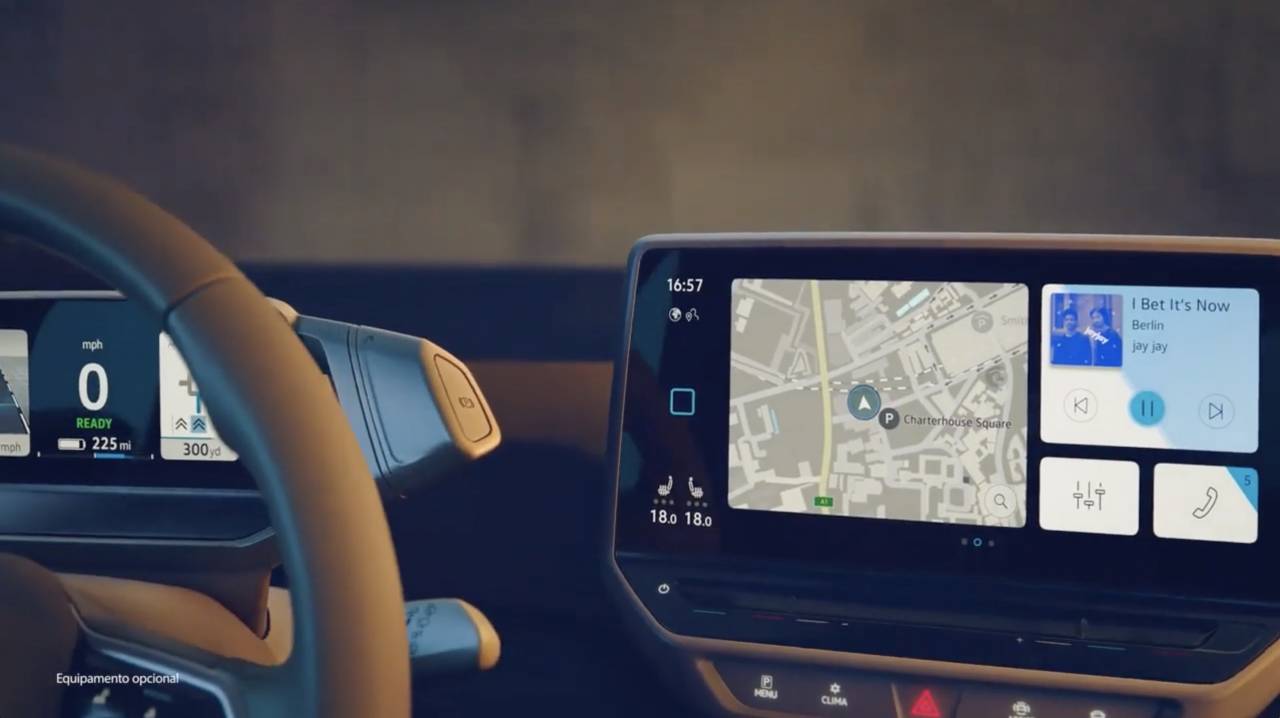 The outside, though wrapped up for the car’s debut, doesn’t look like it will ruffle too many feathers. Certainly, it’s a long way from the ID. BUZZ electric microbus, which itself will spawn a production version. What VW hadn’t shown us, though, was how the ID.3 looks inside.

For that we expected to have to wait until later in 2019, when the car makes its official debut. Instead, though, a prematurely published – and then yanked – VW video spilled the details. While VW may have pulled its copies, it didn’t do so fast enough to avoid the information spilling out.

Unsurprisingly, if you’ve been following VW Group’s recent electric concepts, the production path of the ID.3 was hiding pretty much in plain sight. The ID.3’s cabin looks much like SEAT previewed in the el-Born concept back in March, with a digital display for the driver and a larger, central touchscreen to handle multimedia, HVAC, navigation, and EV power management. 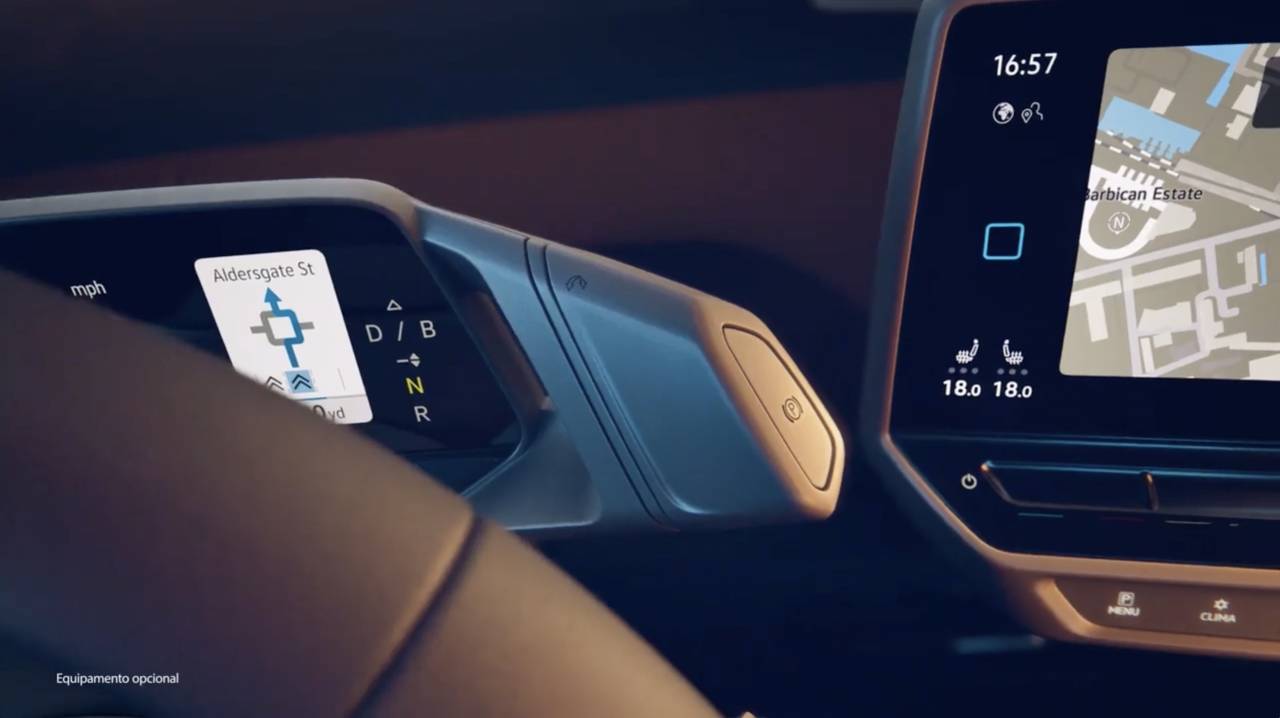 There’s a rotating knob on the side of the driver’s display that puts the EV into forward, reverse, or park. It also looks to switch the ID.3 between two drive modes, which are presumably standard and high regenerative braking. 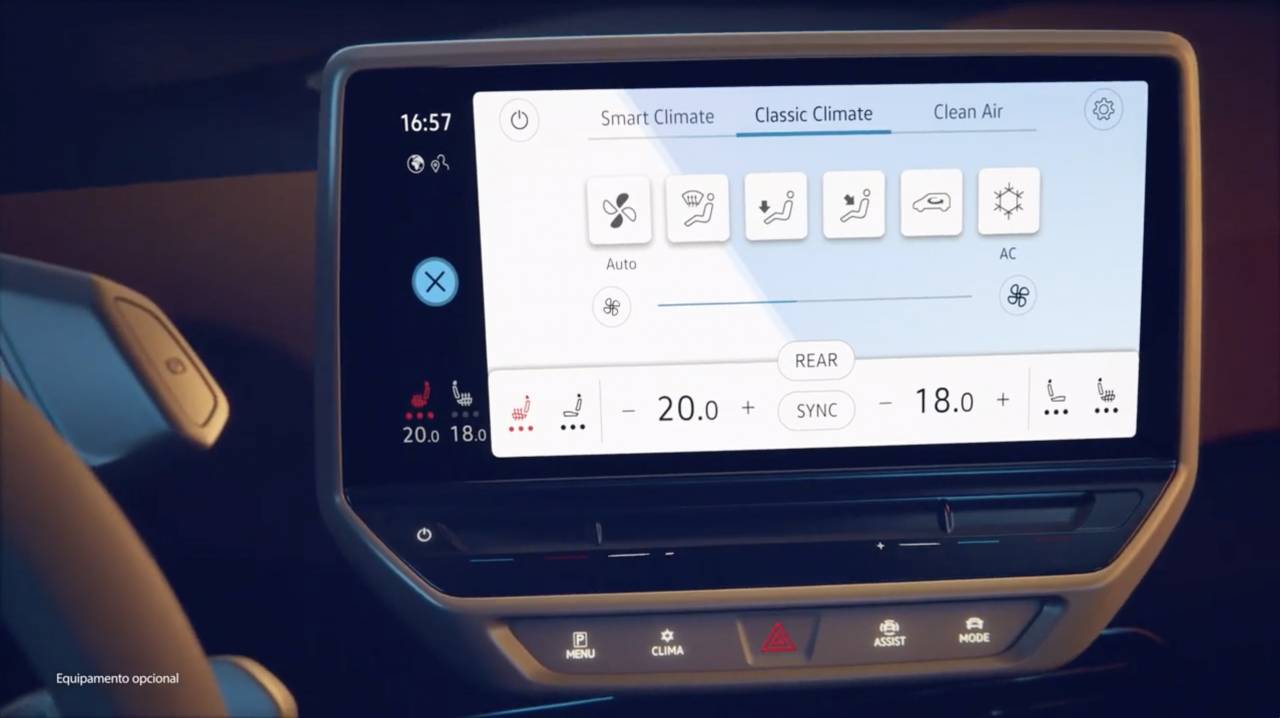 The central touchscreen, meanwhile, tops shortcut controls for temperature and accessing the assistance systems along with other features. It uses a new interface for VW, too, with widgets that can show navigation and multimedia on-screen simultaneously, among other things. More widgets can occupy the driver’s display, so that you still get directions, speed, range, and other information on a single pane. 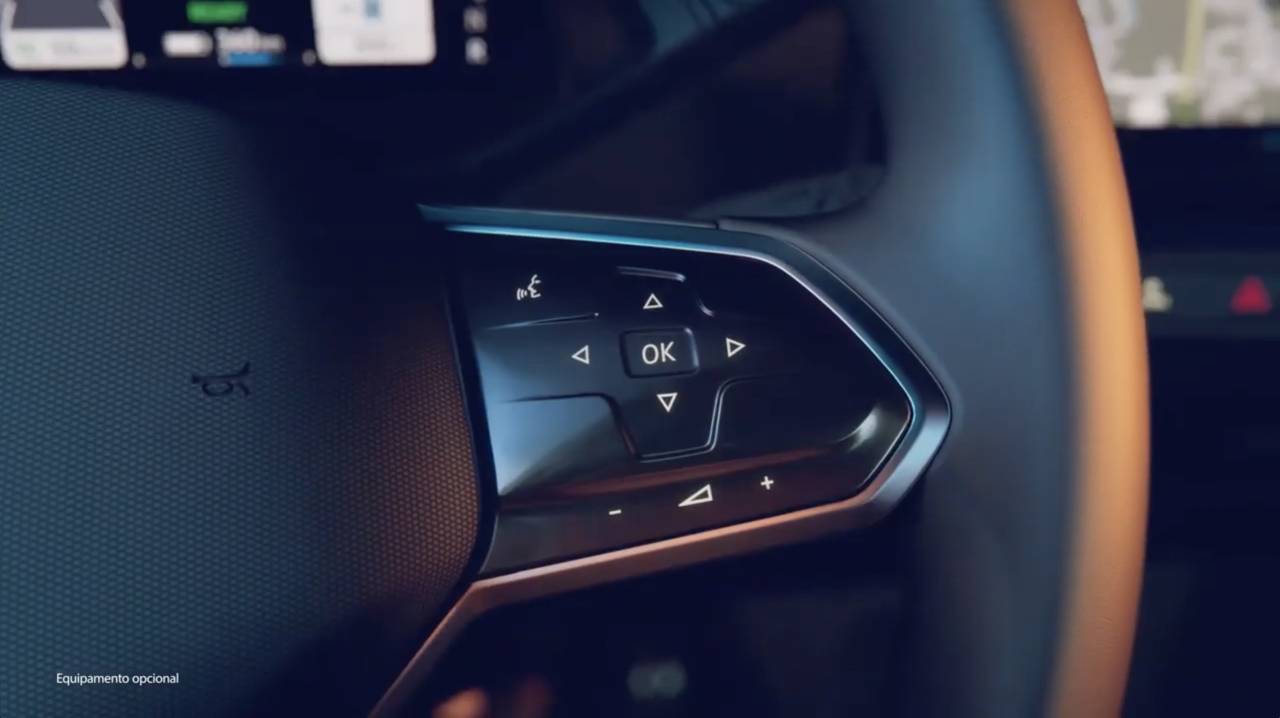 Tesla Model 3 fans may not be impressed by the size of the ID.3’s central screen – the el-Born concept had a 10-inch panel, SEAT said, and we’d expect the ID.3 to measure in the same – but it’s certainly clean, not to mention lighter than the fairly dark dashboards in other recent VW cars. What you shouldn’t expect to see is a US launch, however. Volkswagen of America has previously said that it doesn’t plan to offer the ID.3 in the US, opting instead to wait for the ID.CROZZ-based electric crossover.