The Suzuki Swift Sport Hybrid is a brilliant hot hatch

Quirky Japanese automaker Suzuki recently unleashed the Suzuki Swift Sport Hybrid in Europe, and we say it remains a brilliant choice for a hot hatch. In fact, it’s among the first subcompact cars to gain an electrified powertrain. However, Suzuki didn’t do it solely to amplify the Swift’s modest performance attributes.

Have you heard of the new Suzuki Jimny 4×4, a small SUV that won the hearts and minds of enthusiasts worldwide? Apparently, the new Jimny’s order books were indefinitely closed in Europe. The reason? “Suzuki announced that the higher CO2 emissions levels of the Jimny would adversely affect its whole range CO2 average in Europe after 2020,” according to Suzuki’s press release. 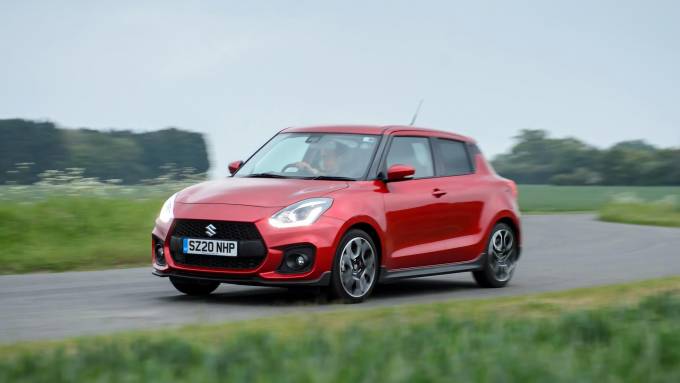 This means electrification is essential in keeping the Swift road-legal, and Suzuki has done a marvelous job with the hybrid model. It still has a 1.4-liter turbocharged four-cylinder gasoline motor, but Suzuki threw in a 48-volt integrated starter-generator and a small lithium-ion battery pack for good measure.

But despite this, the Swift Sport Hybrid is producing 10 fewer horsepower than a regular Swift Sport, topping out a measly 127-horsepower. This also means the hybrid is a bit slower to 60 mph at 9.1-seconds, but that’s fine.

Since the dinky electric motor and compact battery pack only added 33 lb. to the Swift’s rather lean 2,260 lb. curb weight, the hybrid remains a lightweight in the hot hatch segment. Also, the electrified components are all fitted under the front seats for better weight distribution. What this means is agile handling despite carrying lightly more weight. 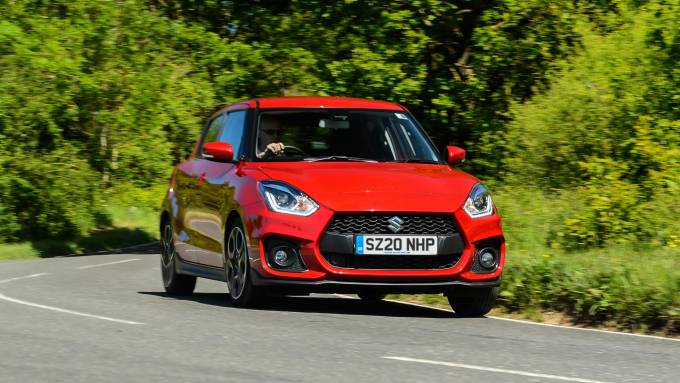 And now, the good news. Sure, the Swift Sport Hybrid is not exactly a barnstormer, but the mild-hybrid powertrain allows it to achieve 50 mpg with lower CO2 emissions. According to Suzuki, the Swift Sport Hybrid emits 127 g/km of CO2, down from 135 g/km from a conventional Swift. And since the hybrid motor kicks in to support the engine below 2,000 rpm, it also produces 173 lb-ft of torque at lower engine speeds.

The hybrid system is a crafty one, too. Besides providing a power boost when the turbocharger is at rest, it also starts the engine during start/stop driving. It even allows the car to coast using all-electric power on those long highway drives. The system harvests energy from braking and decelerating to top up the battery as you drive. 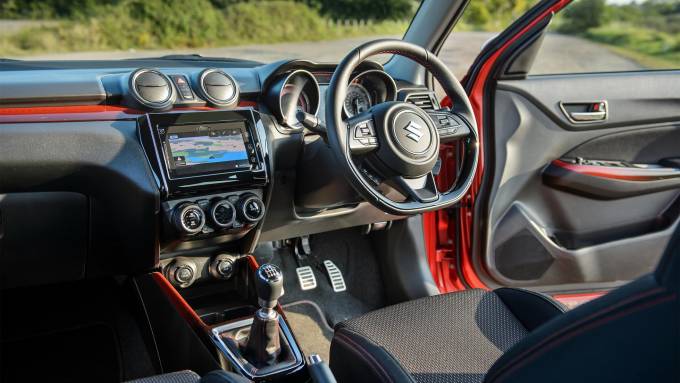 On the safety side, the Suzuki Swift Sport Hybrid has standard adaptive cruise control and lane-keeping assist. Pricing has yet to be announced, but we reckon it’ll start at $21,500 if it came to America. But it won’t. 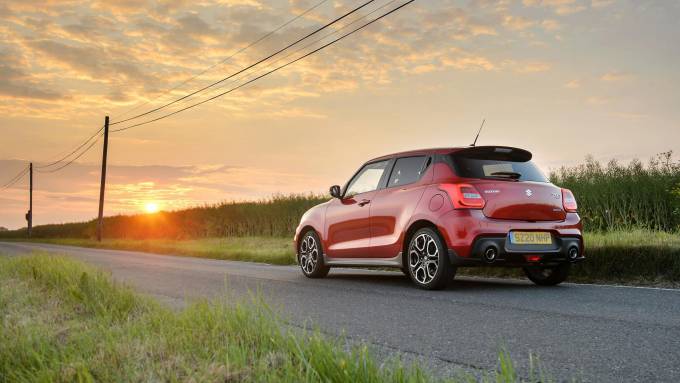 Still, it’s good to know Suzuki is dabbling with electrification. Whether or not the brand will make a comeback in North America is anybody’s guess.