The 2019 Suzuki Jimny is official, and we’re officially annoyed

Suzuki has spilled all the details on the all-new 2019 Jimny, and it has done nothing to dilute our enthusiasm – or our fury – about the tiny off-roader. The new Jimny was previewed last month, only in its fourth generation despite originally launching all the way back in 1970.

From what we can tell, it’s pretty much pitch-perfect, too. The Japanese automaker has nailed the basics, making sure the 2019 Jimny rides on a ladder frame, with 3-link riding axle suspension with coil springs, and part-time 4WD with a low range transfer gear. The styling, too, is a comely blend of retro and new.

We knew all that from the preview, though, but now Suzuki is digging into the details. On the outside, the squared-off design is meant to both appeal to the enthusiasts but also be practical in both urban and wilderness conditions. The clamshell hood is flat, and the A-pillars more upright, helping with visibility. The side window lines are dipped, meanwhile, improving what you can see out of the side.

Indeed, practicality is the watchword here, and though the 2019 Jimny may be meant to be affordable, it doesn’t mean Suzuki has skimped on the details. The roof edges get drip rails, for example, so that when you open the door you don’t get muddy water sloshing down into the cabin. The rear lamps have been shifted to the bumper, so that the hatch can be wider.

Like the Jimny models of old, there are round headlamps with separate indicator lamps, and slits integrated into the front wings. It’s light, too: under 2,450 pounds curb weight in its most pared-back form. A 37-degree approach angle, 28-degree breaker angle, and 49-degree departure angle, along with 8.3-inches of ground clearance should make the Jimny fairly nimble over complicated terrain, too. 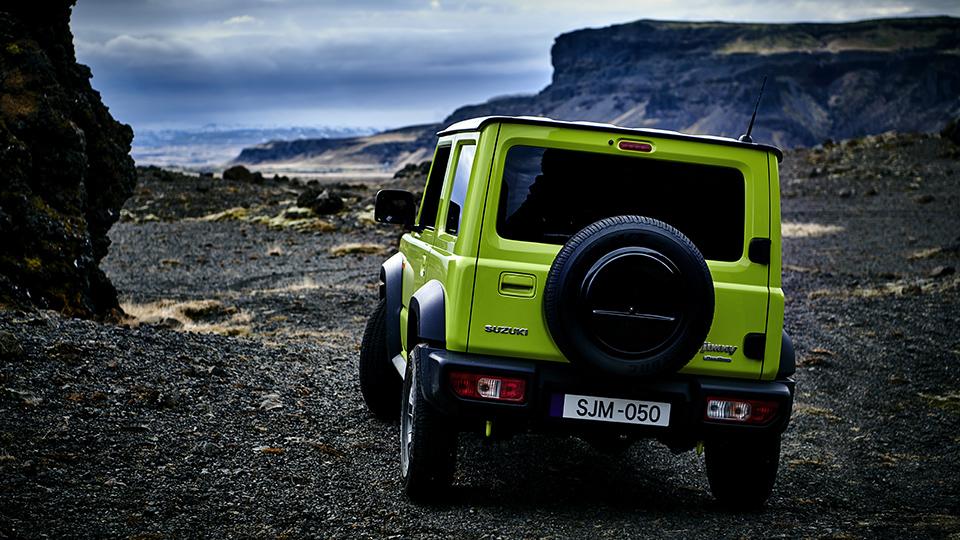 The new ALLGRIP PRO 4WD system should help there, too. Suzuki added a new “x-member” and two extra cross members for more torsional rigidity to the ladder frame, and the brake LSD traction control can shift torque left to right depending on grip. There’s the choice of 2H (2WD-high gear), 4H (4WD-high gear), and 4L (4WD-low gear), with the latter pushing more torque to the tires in lower gears.

Gone is the old 1.3-liter engine, replaced by a 1.5-liter four-cylinder that’s actually smaller and lighter. Either a 5-speed manual or a 4-speed automatic transmission can be had, to put the 101 horsepower and 96 lb-ft of torque to the mud. Suzuki has aded its Safety Support system too, with automatic forward collision braking, lane departure and weaving warnings, auto high beams, and traffic sign recognition.

There’s also hill hold control and hill descent control, tire pressure monitoring, and six airbags. The cabin itself is fairly minimalistic, with a scratch- and stain-resistant finish along with chunky controls intended to still be usable even if you’re wearing gloves. A 7-inch touchscreen – also glove-friendly – for the infotainment system is an option.

Honestly, there’s a lot here to love, which makes Suzuki’s continued decision not to bring the 2019 Jimny to the US all the more frustrating. The automaker exited the American auto market back in 2012, with its US arm declaring bankruptcy amid underwhelming sales of dreary product.

The same criticism can’t be leveled at the 2019 Jimny, though. It’ll go on sale in Europe, Australia, and other markets early in the new year, with pricing to be confirmed closer to that point. 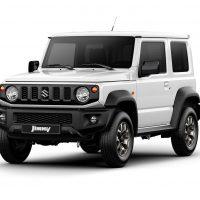 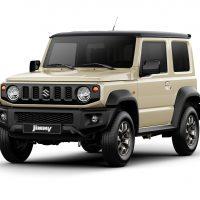 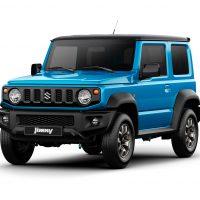 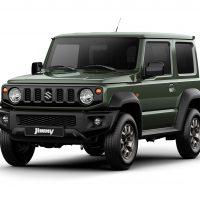 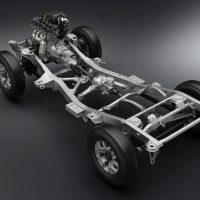