The Samsung Galaxy foldable phone just got beat by this

Samsung’s Galaxy X (or F, or whatever it’ll be called) may well be beaten to the punch by a device called FlexPai. Manufactured and sold by the folks at Royole, the Royole FlexPai is, indeed, what they call “the world’s first foldable smartphone.” Given the company’s development of flexible displays over the past four months, there should probably be no doubt that they’re capable of getting this flexible smartphone to market. Now the question is: which market?

Looking at what the Royole FlexPai does in the company’s first device preview, we can get a pretty OK idea of what’s possible. On a very basic level, this video shows what uses one might have for a flexible display-toting smartphone. This flexible smartphone folds back on itself, with one display, while Samsung’s solution is rumored to have one flexible display on one side, and another smaller display (non-flexible) on the other side on just half the phone.

As mentioned by my colleague JC late yesterday, this FlexPai foldable screen phone foreshadows the coming months. with more than one company on the brink of revealing their plans for flexible display-toting devices, this might well be the next notch. But it’ll be far, far more useful than the notch, which was absolute nonsense and should never have come to market in the first place – so says I. Below you’ll see a video showing further rolling of Royale’s display – it can do a whole lot more than just that one bend.

A rather blurry bit of video showing the device working at the company’s launch event can be seen below. You’ll also see some launch event photos from Weibo, captured by 锋潮科技 and this gallery from Digital Tail (数字尾巴) 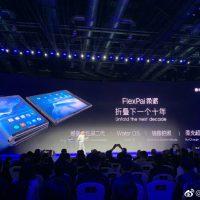 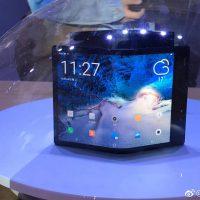 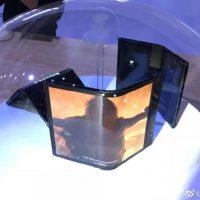 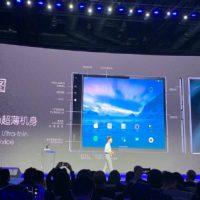 Here you’ll see some very basic uses for the device’s folding, transforming size. This device uses a version of Android called “water OS”, developed by Royole specifically for this device.

One of the most unique use-cases for this phone is the dual-view camera mode. With this, both sides of the folded device will show a view of the other side, both with forward-facing cameras. As such, both sides are sort of like mirrors, and both can capture a photo through the other. Weird, and most certainly unique. 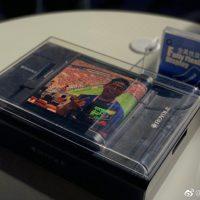 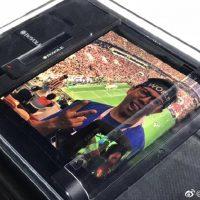 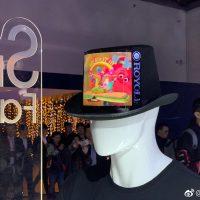 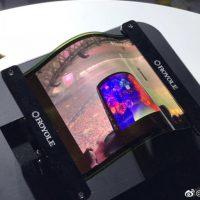 As for the Royale FlexPai smartphone, they’re wasting no time at all. “Flash sales” of this device begin TODAY, November 1st, 2018. Further sales of the phone will commence in December.

The Samsung Galaxy foldable smartphone will have its user interface explored at the Samsung Developers Conference next week. We’ll be there to bring you the whole thing, front to back, as it happens!