Starting this afternoon at 1PM Pacific Time – 4PM Eastern Time – the next big Pokemon GO event will begin. This event was announced earlier today by Niantic itself in an official fashion, which means it’s not a secret in any way, shape, or form. This event will include a large amount of Water Type Pokemon – the sort that most Pokemon GO trainers are not able to access on a regular basis.

Inside this event, a limited number of Pokemon will be appearing far more regularly than they normally would. This includes water-type Pokemon, as per the theme of the event: Water Festival. Why the Water Festival is occurring this week, we might never know – what we DO know is that we’re about to see a whole lot more Gyarados in Pokemon Gyms very soon. 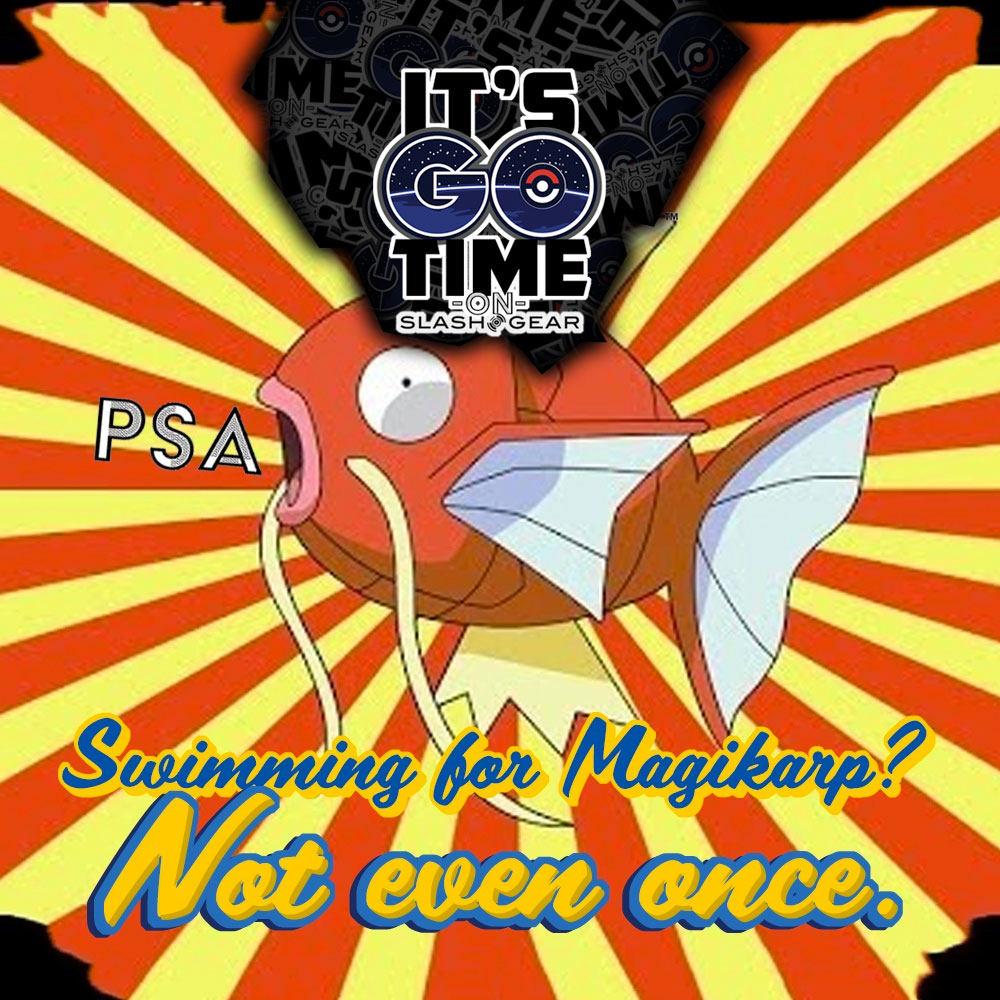 SEE: Our original Magikarp Event Guide – well before the fact!

A cryptic reference to Lapras in the release from Niantic this morning makes us feel like we’ll be seeing a few more of this otherwise rare Pokemon, too. We’ll be checking the game files for exact catch rates and etcetera when we get access to the update.

The event itself will (supposedly) end on the 29th of March, 2017. In the past, events such as these have lasted upwards of a day or two past their original end-date. We shall see!