Lotus may be embracing electrification but the British automaker is giving combustion engines a fitting send-off, with the 2022 Lotus Emira promising supercar focus with sports car pricing. Unveiled today, the Emira may be the last of the gas-only Lotus models, but it taps the automaker’s newest platforms and tech.

That means the Lotus Sports Car Architecture underneath, and a choice of two gas engines – including one new to Lotus, from partner Mercedes-AMG – delivering the performance. AMG’s 2.0-liter turbocharged inline-four will be the standard drivetrain, while the 3.5-liter V6 from long-standing partner Toyota will be the upgrade. 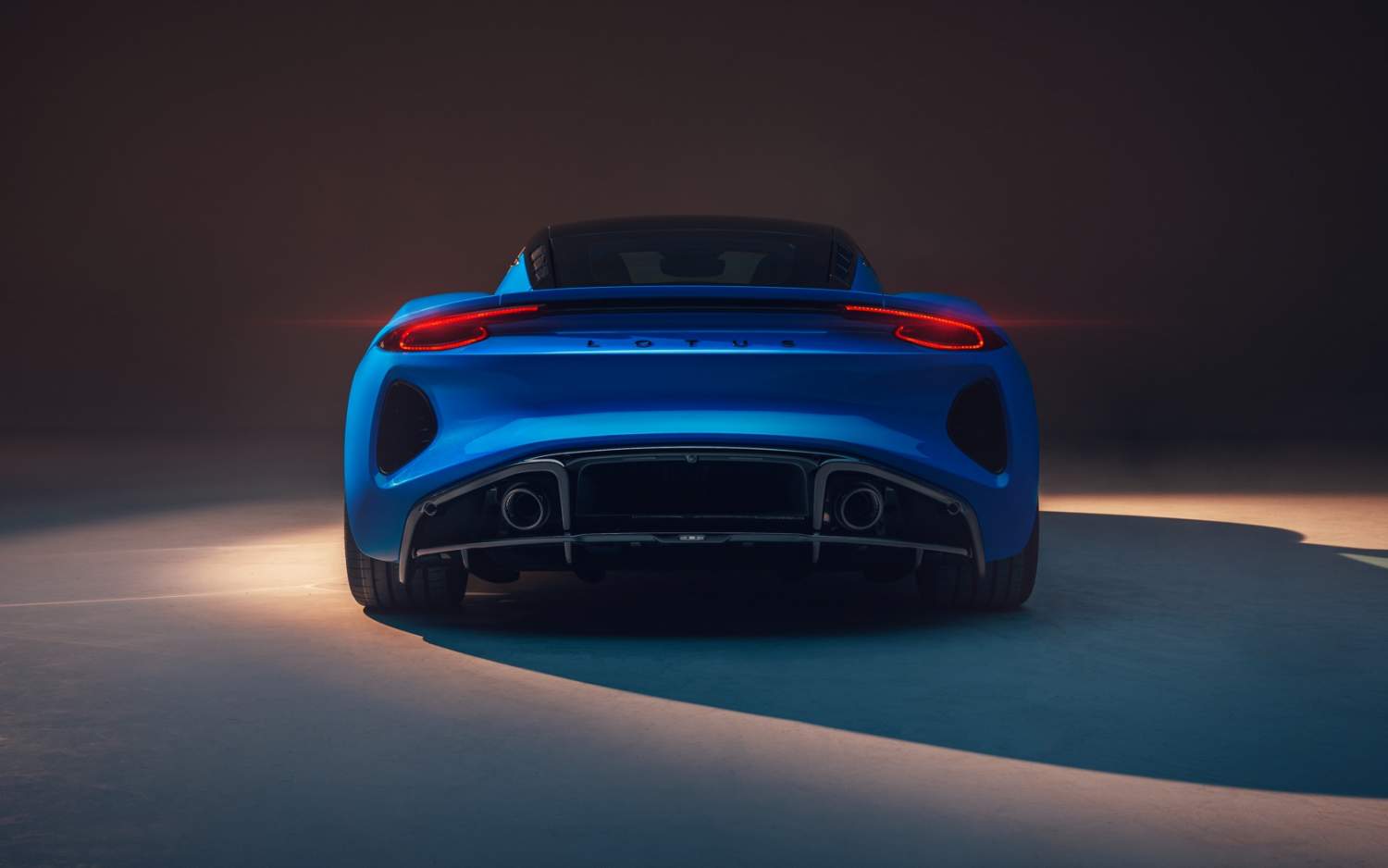 Depending on your engine choice, you’ll have your pick of three transmissions: the AMG 2.0-liter will come with an 8-speed DCT, while the Toyota V6 will come with either a 6-speed manual or a 6-speed automatic. As with any model bearing the iconic green and yellow badge, lightweight design is the lodestar: Lotus says that, in its lightest form, the Emira should weigh under 3,100 pounds. Pricing, meanwhile, will kick off at under £60,000 ($85,000). 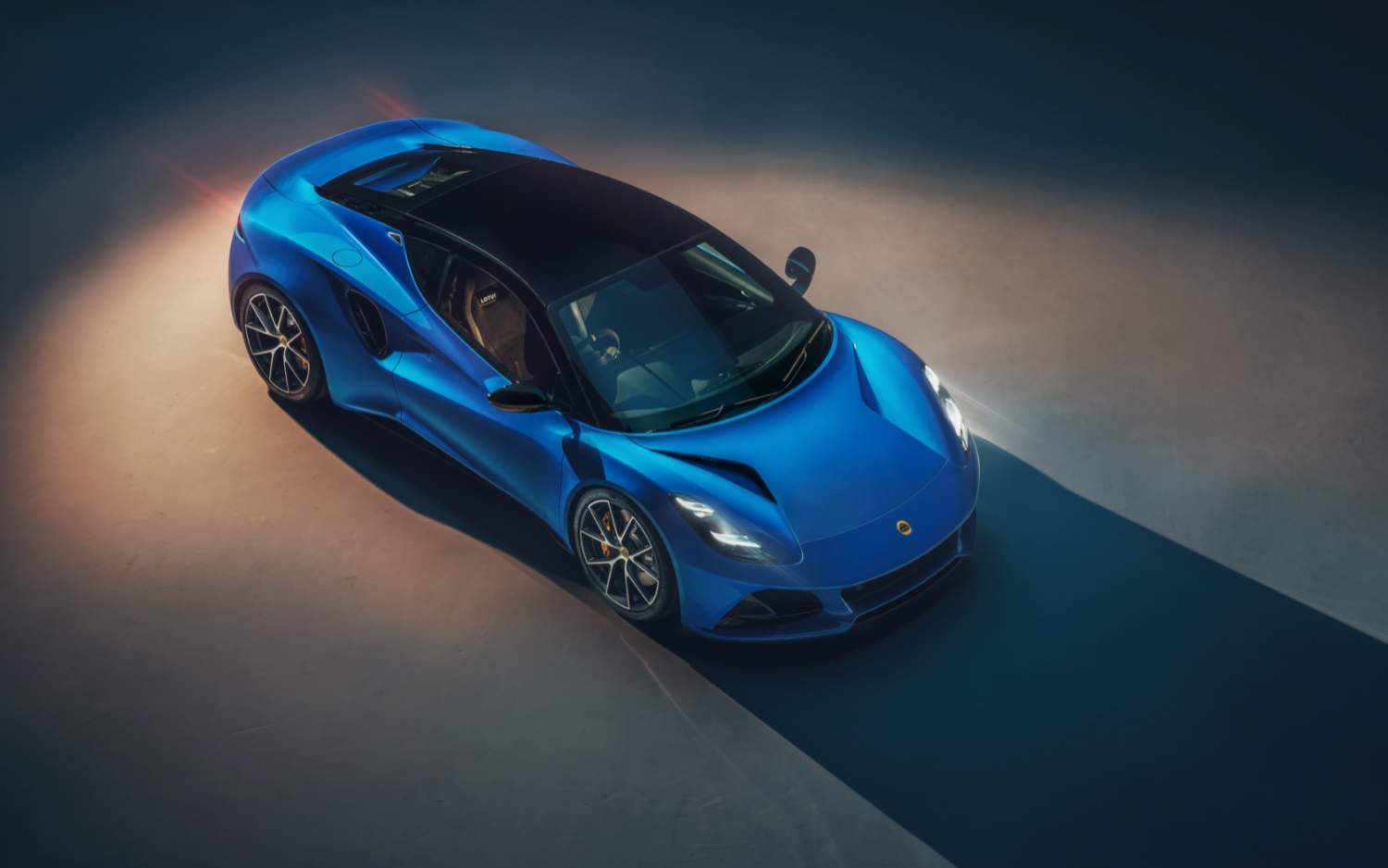 Outside, the Evija hypercar has donated much of the detailing. It emphasizes the mid-engine design, and includes striking elements like the hood-mounted exit vents. Vertical LED headlamps are standard, as are 20-inch wheels. They’ll be shod in Goodyear Eagle F1 Supersport tires as standard, with Michelin’s Pilot Sport Cup 2 a cost option as part of the Lotus Drivers Pack.

At the back, a pair of flat C-shaped LED light clusters are joined by a slim, high-level brake light. Twin tailpipes and an air diffuser are standard, too. What you don’t get are any active aerodynamics, which Lotus says is down to the Emira being designed so as to not need that weight and complexity. 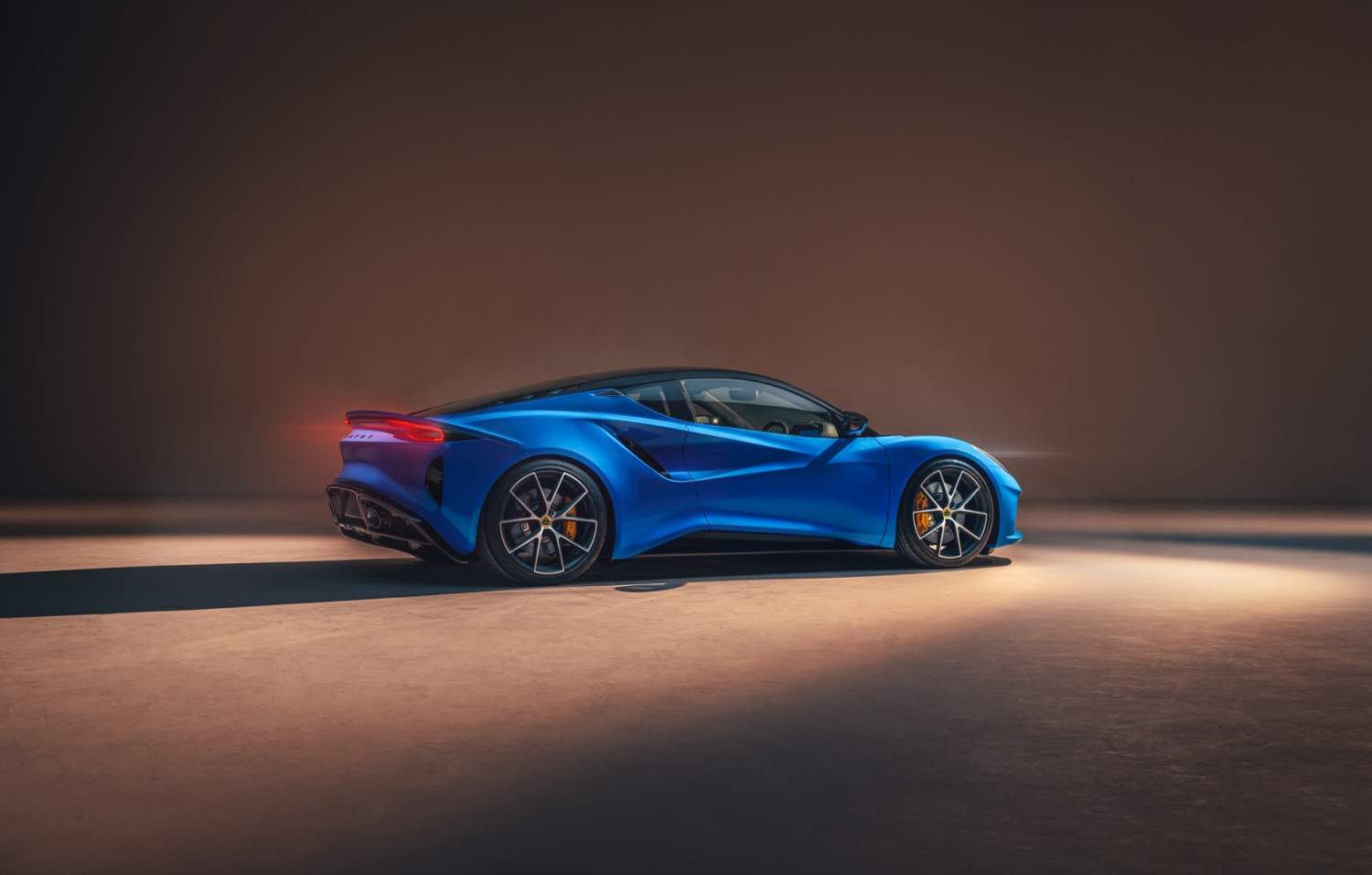 Underneath it all is the new Lotus Sports Car Architecture, made up of bonded extruded aluminum. There’ll be two chassis and suspension settings, with Tour the default and promising a blend of performance and comfort. Sports – available on cars with the Lotus Drivers Pack – will bring stiffer suspension. Either way, there’s hydraulic steering as standard.

Lotus is keeping specific performance numbers close to its chest, though initially it’ll be launching the Emira First Edition with the V6 engine. That will offer between 360 hp and 400 hp, and 0-62 mph will come in under 4.5 seconds. Top speed will be up to 180 mph. 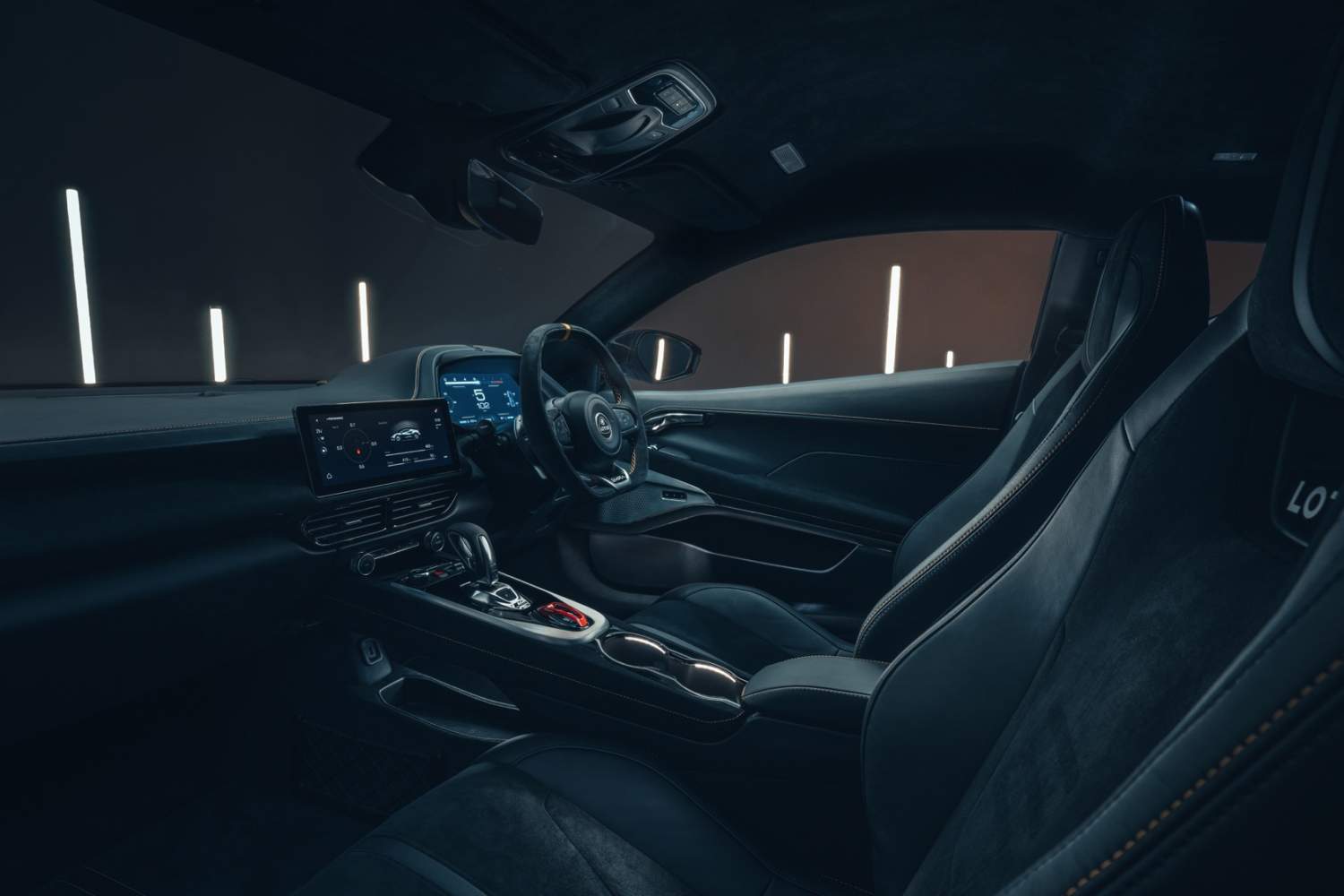 Inside, Lotus’ traditional strategy of minimal distractions continues, though the automaker promises a big uptick in quality. The dashboard now wraps around the driver, with more soft-touch surfaces. The start/stop button has a protective red cover, and there’s a semi-exposed gear linkage on the manual V6 cars. 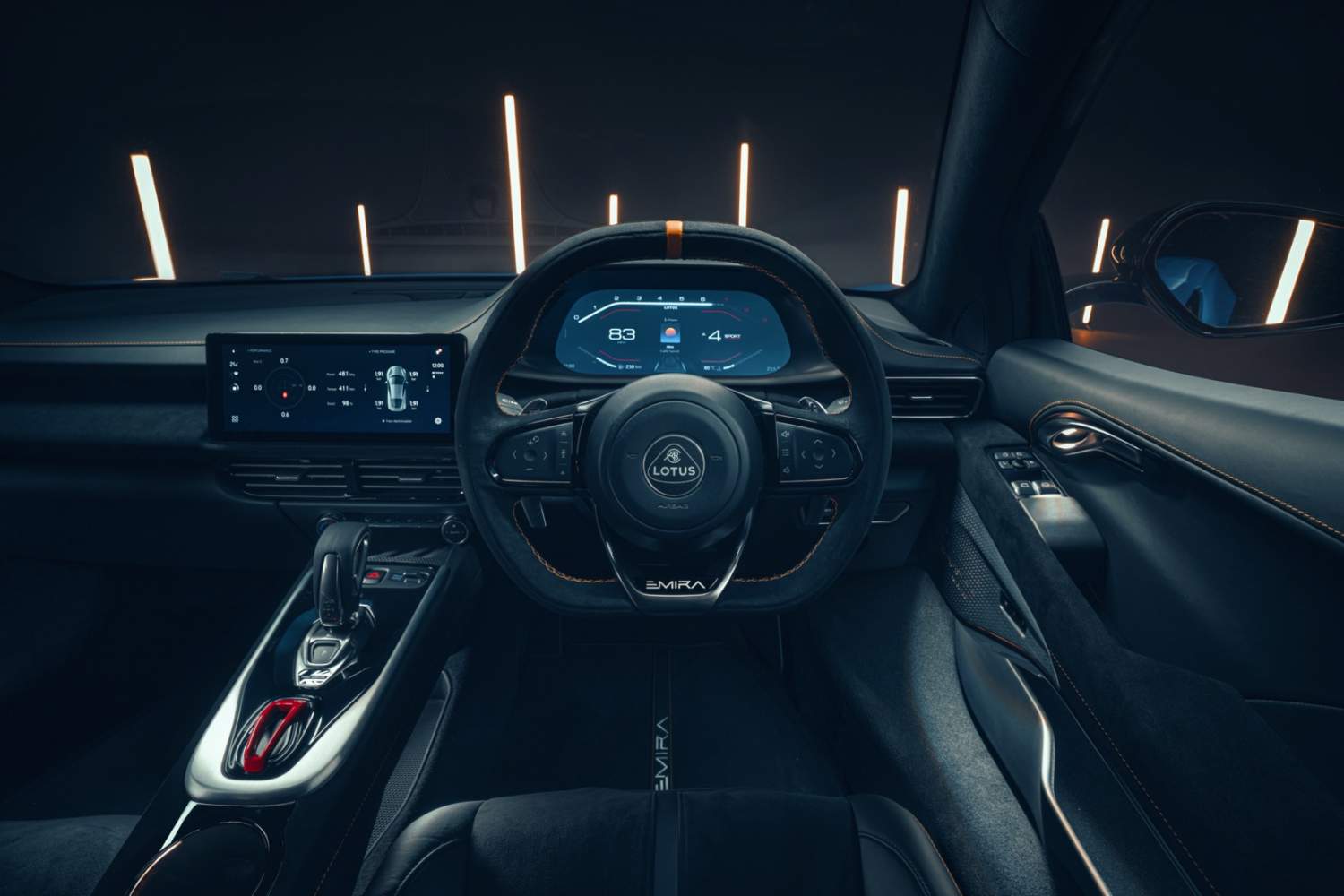 A 10.25-inch infotainment touchscreen supports Apple CarPlay and Android Auto as standard; it’s paired with a 12.3-inch driver’s display. A 10-channel KEF auto system is exclusive to Lotus, and there are even practical features like both USB and 12V ports, twin cup holders, door bins that’ll actually hold half-liter bottles, and a phone storage slot. A 208 liter cargo space is behind the seats, plus a further 151 liters in the trunk. 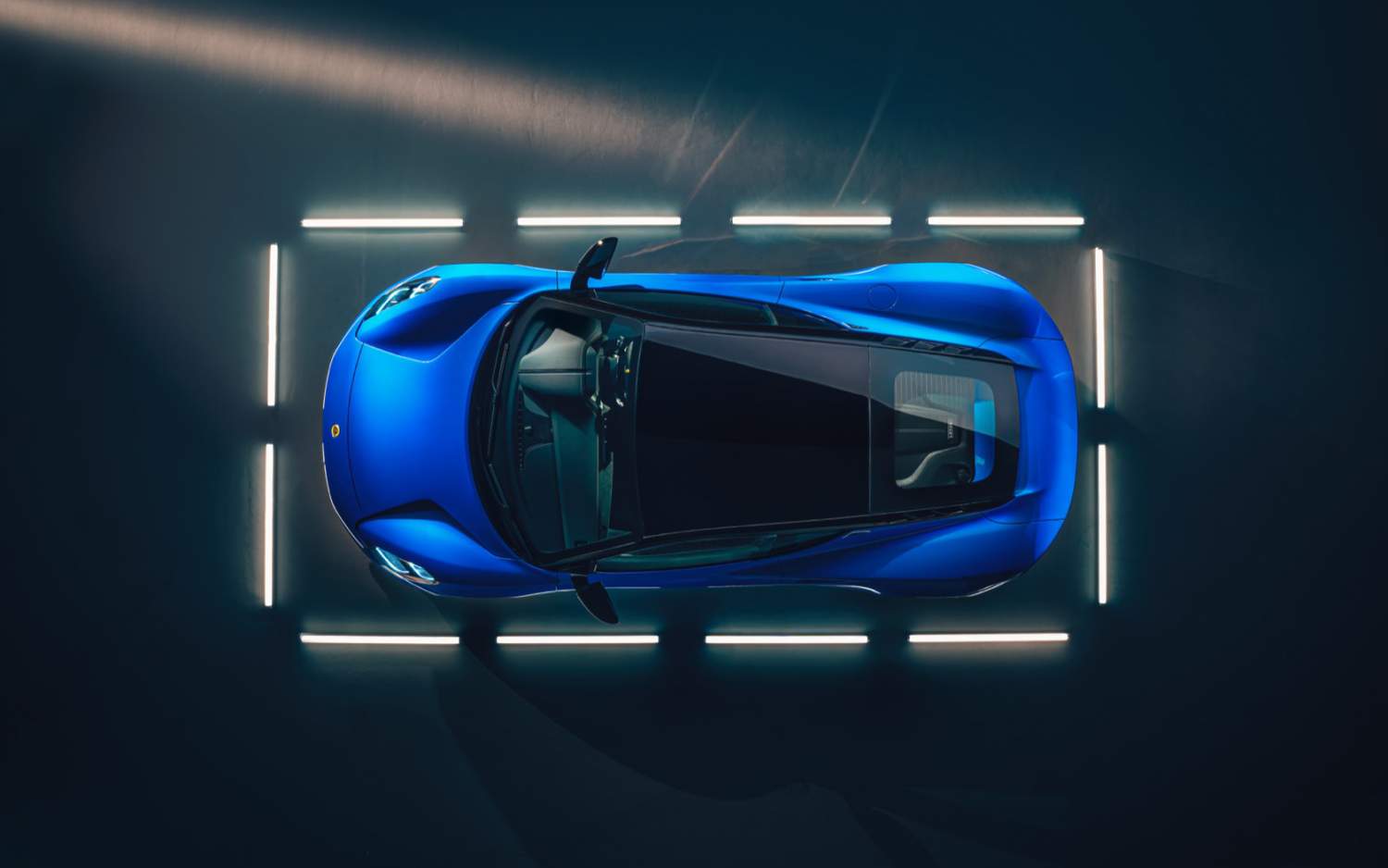 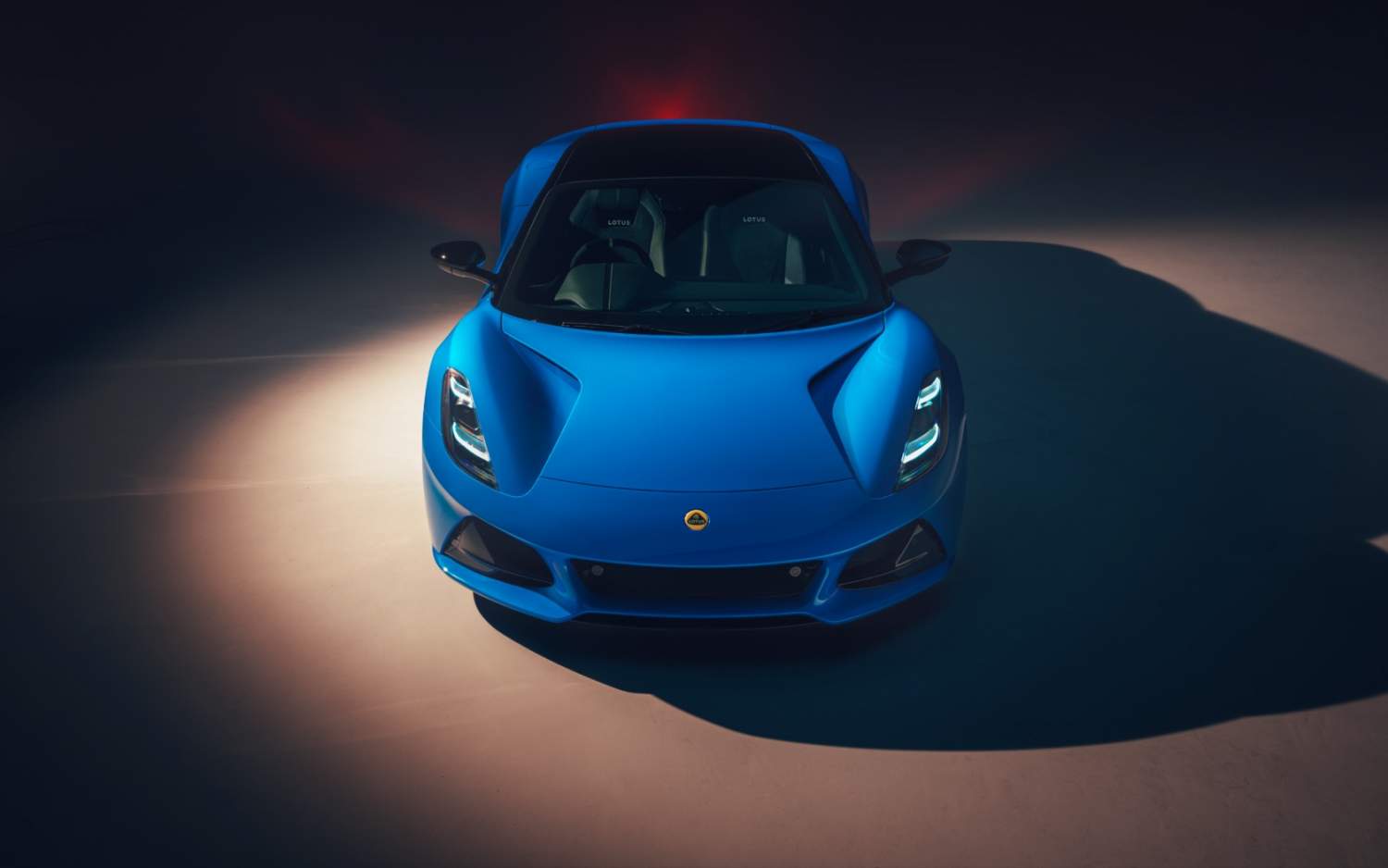 Production is expected to begin in time for deliveries from spring 2022. Deposits are being taken from today, meanwhile.