The new iPad vs iPad 2

There’s a lot to be said about the upgrade in iPad technology we saw this week by Apple in the iPad 3, aka iPad HD, aka The new iPad, but when it comes down to it, it’s the price that prospective iPad purchasers will now be paying attention to most. Which model makes the most sense for you to purchase when you head to the Apple store this afternoon? Here we analyze not just the idea that newest model of the iPad is the only option you’ve got, but that both models have superior points not just limited to their price right out of the box!

First, the items that are the same for both models. Each of these units have the same display size, at 9.7-inches, LED backlit, and IPS LCD technology. the big difference between the two here, and perhaps the biggest difference between the models over all is the “Retina” classification of The new iPad. Where the iPad 2 has 1024 x 768 pixels, the new model has 2048 x 1536 pixels – that adds up to be a lot if you’ve used either previous model of the iPad.

The rest of the similarities like in the innards for the most part, with internal storage measuring out at 16GB, 32GB, or 64GB depending on which model you want of either generation. The front-facing camera is the same on both models at VGA quality, the sensors inside the device are the same as well, with 3-axis accelerometers and gyroscopes in both. Wifi is the same bands at 802.11 a/b/g/n, the connector ports are the same with your Apple 30-pin dock connector at the bottom and 3.5mm headphone jack at the top. Location technology is also the same for both models with Wi-fi, digital compass, and aGPS.

[aquote]This is a vast improvement in numbers, but what does it mean in the long run?[/aquote]

Then we get down to some interesting differences: Bluetooth being one we’ve not spoken about at length yet. Where before we were using Bluetooth 2.1+ EDR, now we’ve got Bluetooth 4.0. This is a vast improvement in numbers, but what does it mean in the long run? Have a peek at the post New iPad first tablet with Bluetooth Smart 4.0 and find that it’s the Bluetooth Special Interest Group that notes how superior this improvement really is. Power consumption is lower, range has increased to 200 feet, and AirPlay is about to get a whole lot smoother. 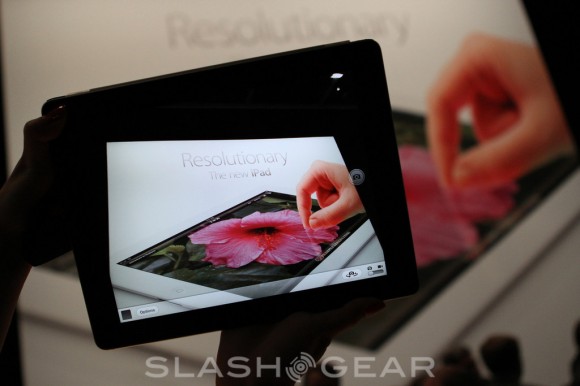 The battery size has been increased vastly, with the iPad 2 sitting at 25-watt-hour lithium polymer rated at 10 hours now raised up to a 42.5-watt-hour lithium polymer. The thing is though that this battery is also rated at 10 hours with wi-fi on this model. It’s also rated at 9 hours when you’re using nothing but 4G LTE. What this means, basically, is that though the battery is bigger, your improved elements on this new model suck it up twice as fast, so you get the same performance in the end.

[aquote]You’ll want to weigh the difference in speed and coverage between these two generations.[/aquote]

In The new iPad we get LTE data capabilities once and for all, this in addition to the device now being “World-ready” as they’re calling it with 3G, HSPA+, HD-HSPA, and 4G LTE on both Verizon and AT&T, these being two different models entirely due to slightly different technology. The iPad 2 has slightly fewer bands with EDGE plus Quadband HSPA or CDMA EV-Do Rev.A for Verizon only. You’ll want to weigh the difference in speed and coverage between these two generations to be sure, but because the carriers here will be marketing The new iPad almost exclusively, you’ll have a harder and harder time finding the previous generation to purchase at all if you want mobile data. Your non-mobile data models (wi-fi only) are basically the same regardless of generation for connectivity.

For the camera on the backs of these devices, there’s absolutely no denying that the iPad 2’s camera is less than impressive. It’s got less than 1 megapixel going for it, and if you’ve used one you know that this tech is next to useless for photos and video alike. If you want to use your iPad for collecting video and photos, you’re going to want to go with The new iPad with its 5-megapixel camera, complete with some additional technology whipped up by Apple like an improved lens which gives this device a boost similar to what we’ve seen in the iPhone 4S – not quite THAT good, but certainly better than the previous generation pad. 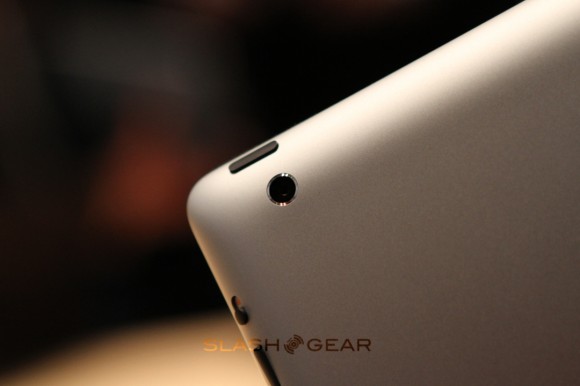 Then of course there’s the A5 processor compared to The new iPad’s A5X. At the moment it appears that Apple’s done something spectacular to the four graphics processors in this system on a chip, but until we get the device in our hands, there’s really no telling how vast the improvement really is. At the moment we can see that this new chip is clearly made to handle the vast upgrade to the display as well as the battery-draining powers of the LTE radio. The iPad 2’s A5 chip works perfectly well for the iPad 2, the A5X is made specifically for The new iPad, put it that way.

Then there’s the cost – The new iPad will cost you a cool $499 for the least expensive version, that being wi-fi only with 16GB storage inside. As it was with the release of the iPhone 4S, the previous generation iPad, the iPad 2, now has a price reduction as well. The iPad 2 now costs $399, a price that’s going to be extremely hard to beat for competitors releasing similar-sized tablets with the same amount of power under the hood – especially since Apple continues to be its own force in the market with its own separate ecosystem of apps, support, and brand power.

The long and short of it is this: the iPad 2 is already magical. If you need to take fabulous photos and simply must have the fastest mobile data, go with The new iPad. The difference of $100 isn’t that great when you consider you’re already dropping at least $400 on a tablet, but if you’re willing to go refurbished, you’re already able to get the iPad 2 for $349 – which at this point your humble narrator is having a tough time resisting even though he’s already got a perfectly fine iPad 2 sitting right here on the couch. Imagine that!

Have a peek at The new iPad hands-on as well as our iPad 2 Review to get as close to a one-to-one look as we’ve got at the moment.