Lucid Motors’ Air EV may have plenty of range, but the startup automaker has also been promising no shortage of driver-assistance tech for its upcoming Tesla rival. The company is pulling back the curtain on that – and just how it’ll work – today, though it’s also setting expectations about what to expect on day one.

First off, Lucid isn’t talking – probably wisely, given the state of technology and regulations around self-driving vehicles right now – about fully autonomous driving any time soon. Instead, the Lucid DreamDrive system will aim to support a human driver rather than replace them outright. 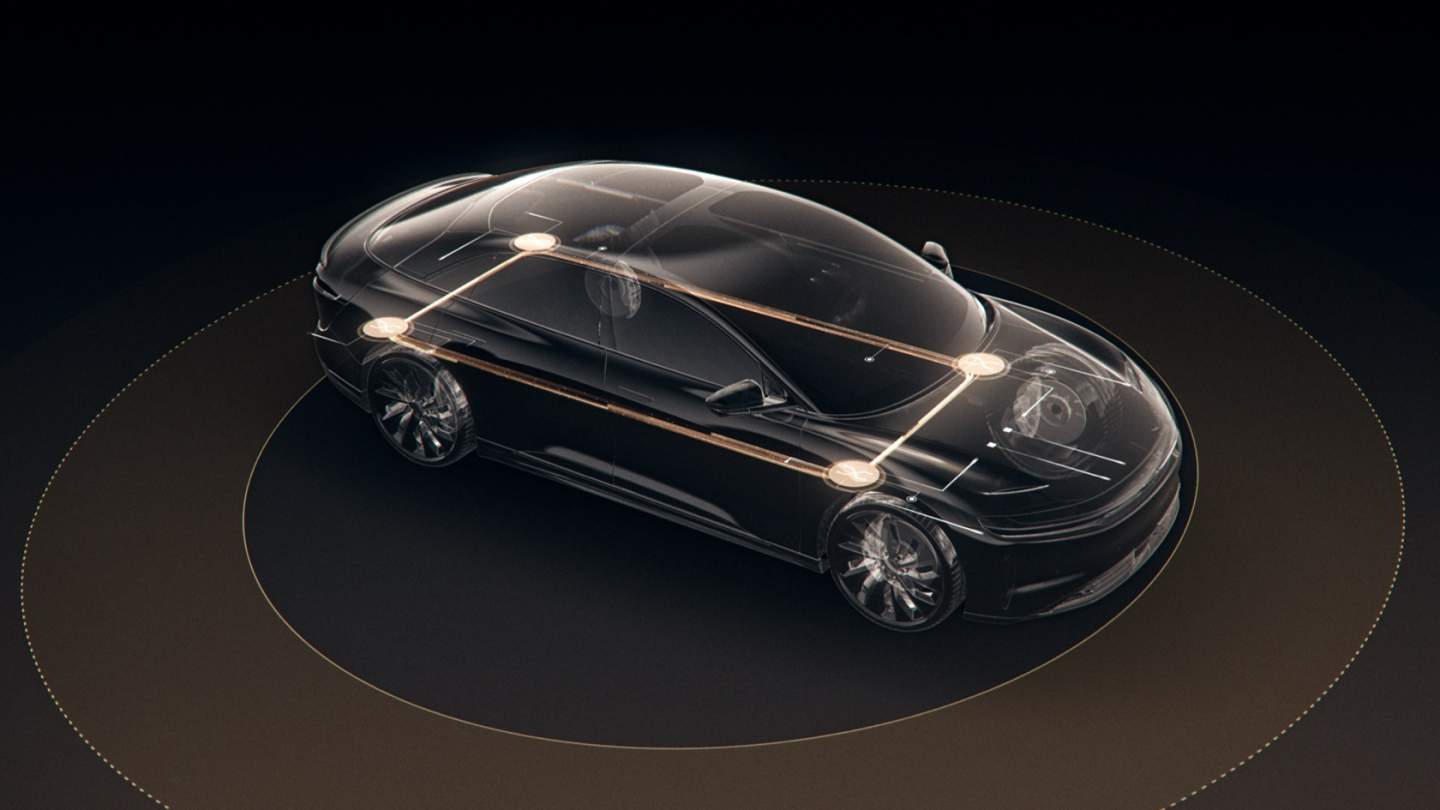 Standard on all models, DreamDrive consists of 32 different sensors. Along with 14 visible-light cameras, there’ll be five radar, four surround view cameras, and various ultrasonic sensors. They’ll be linked together via an ethernet-based networking system.

DreamDrive Pro, meanwhile, will be standard on the Lucid Air Dream Edition and Lucid Air Grand Touring; it’ll be optional on other trims. It will add a LIDAR – aka a laser range-finder – to the system. Lucid is using a solid-state LIDAR, with a promised “ultra-wide field of view” to feed the system more data.

As for what that data will be used for, Lucid says there’ll be 30 different assistance features in the end. That’ll include basics like front and rear cross traffic protection and autonomous emergency braking, plus a bird’s eye view camera to make parking easier. There’ll also be Auto Park, which can spot a perpendicular or parallel parking space and then maneuver the EV in and out. Auto Park can also turn the wheels to the curb, depending on whether you’re facing up or down a hill. 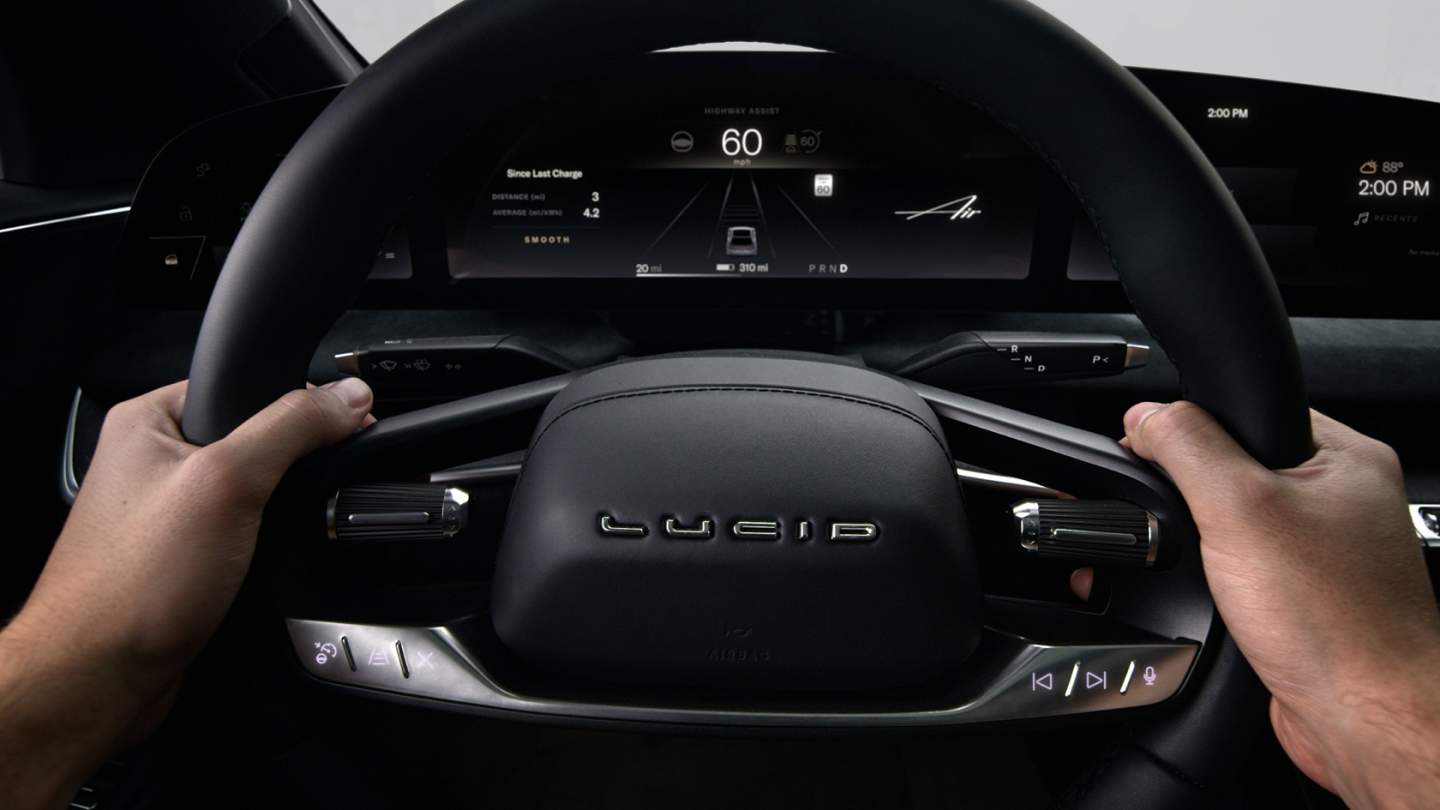 Highway Assist combines adaptive cruise control and lane centering, maintaining pace with other traffic on the highway. A combination of wheel sensors – tracking when your hands are in contact – and attention monitoring with an infrared camera watching the driver will ensure whoever is at the controls is paying sufficient attention. Highway Assist will be able to automatically bring the Air to a complete stop – along with put the hazard lights on and sound an alert warning – if the driver is believed to be incapacitated.

Traffic Jam Assist, meanwhile, will kick in at speeds between 0 and 40 mph. It can help center the Air in the lane, even if the lane markings are partial or occluded. 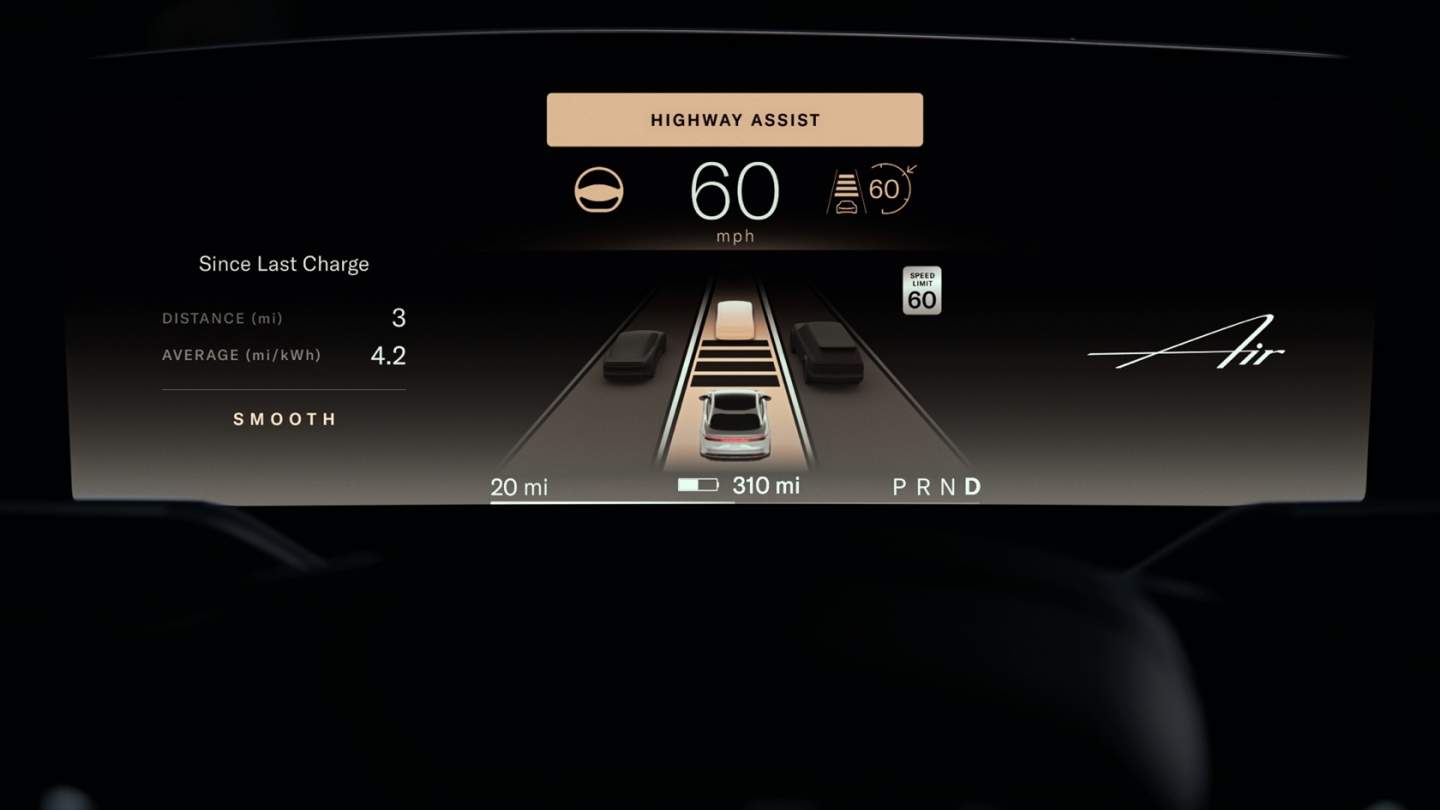 Down the line, though, will come what’s arguably the most exciting functionality. DreamDrive Pro equipped cars will have new Highway Assist features that Lucid says are currently in development. OTA updates will be used to eventually push out Highway Pilot, for example, a “conditional hands-free driving” system which will presumably allow for hands-off operation on stretches of divided highway, much as Cadillac’s Super Cruise and Ford’s BlueCruise do. 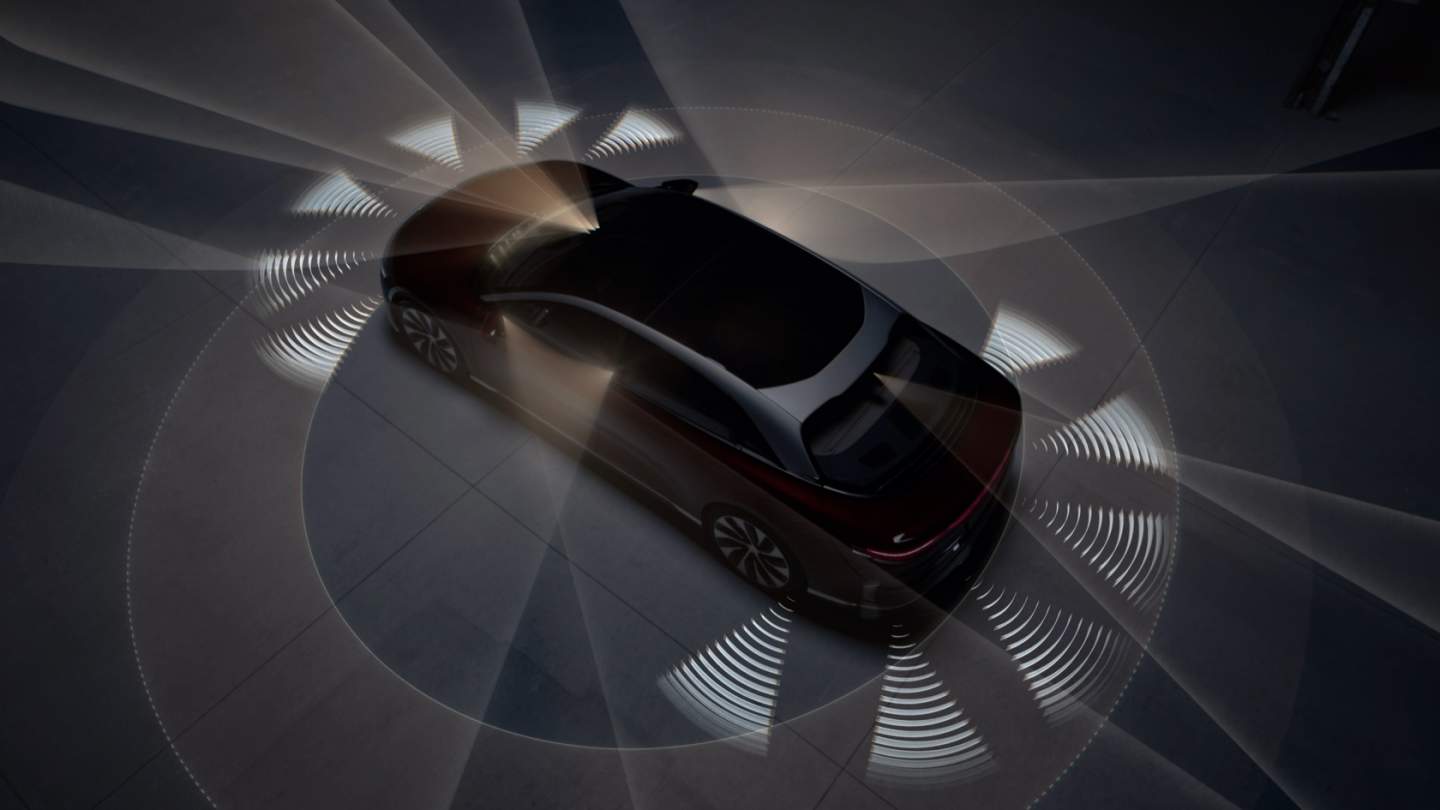 Lucid gave the EV segment a surprise back in September, knocking Tesla from its electric range throne with word that the Air Dream Edition Range would be capable of 520 miles according to the EPA test cycle. Deliveries are expected to begin by the end of the year, with the car priced from $169,000, or potentially $161,500 after the US federal tax credit.