The IoT will survive this Juicero scorn

In a shocking revelation that came as a surprise to practically nobody, a $400 connected juicer may not be the must-have in the kitchen that it was pitched as. Nor is it the best poster-child for the Internet of Things and, as is usually the way, scorn heaped on Juicero has spilled over to the connected home more broadly. After all, with $120m in funding, some are already describing the company as the epitome of IoT hype.

If you’ve managed to avoid the Juicero madness, here’s the tl;dr version. Last year the company made headlines – and encouraged head-scratching – with its tech-laden juice maker. For $700 (subsequently dropped to $400 earlier this year) you got a new, WiFi-connected box for your kitchen counter.

Want some delicious spinach, celery, romaine lettuce, kale, lemon, and cucumber juice? Slot in a $7 pouch, press the button – or remotely trigger it from your phone – and Juicero musters four tons of power to coax the fluids from the organic, carefully chopped and measured contents into your glass. Tastier than Soylent; geekier than your Kitchen-Aid; and flashier than a Tesla dashboard. It was peak Silicon Valley and, even as the jokes rolled in, so did the venture capital. 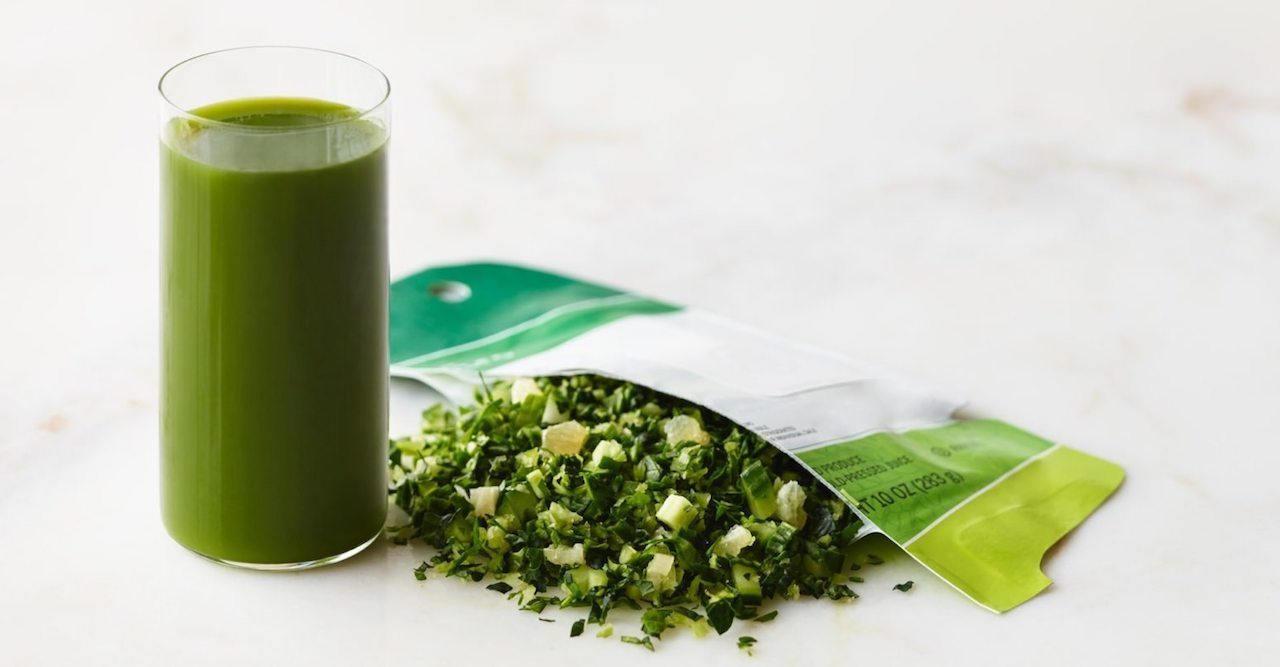 This week, those four tons of computer-controlled pressure were thrown into question, when Bloomberg published a piece suggesting you could squeeze just as much from a Juicero pouch by hand. On the face of it, it seemed like the pinnacle of gadget – and IoT – hubris. “Pay us $400 and lock yourself into our fruity pouch supply chain, even though you don’t really need the fancy machine.” Juicero was easy to skewer, and so skewered it was.

Today, there’s a rebuttal from Juicero’s relatively new CEO, Jeff Dunn. He points to the WiFi-connectivity allowing potentially expired packs – or recalled ingredients – to be locked out, and even offers suddenly dismayed owners the option to get a refund if they decide their geek-juice fix can be obtained in better ways. However, Dunn also argues that it’s convenience that is at the heart of things, not really juice.

“Convenience” means a lot of different things to different people. For some – Juicero’s creator being only the most topical example, not to mention the investors which poured cash into the project – it’s about getting an experience you might otherwise have missed out on. Having an interesting flavor of juice, without the hassle of buying the individual fruits and vegetables, peeling and chopping them, getting the proportions right for the best flavor, squeezing them, and then not having to wash a blender or juicer afterwards.

The idea of a WiFi-connected, $400 way to do that strikes many as silly. Not everybody, though, and just as pod-coffee makers have found traction, presumably the hope is that it’s this sub-segment which makes Juicero profitable. Never underestimate the value of saving time.

For instance, just today Mercedes-Benz announced it was flipping the switch on its integration with Google Home and Amazon Alexa. If you’ve got one of the smart speakers, you’ll be able to ask Mercedes – via the cloud, and its “Mercedes me” service – to remotely lock or unlock your car, start the engine, pre-program the navigation system, and more.

On the face of it, you could level many of the criticisms Juicero has weathered over the past few days at Mercedes’ system. Both introduce a high-tech solution to a problem some would argue doesn’t really exist. Both offer an alternative to an existing fix, too: in Mercedes’ case, you can already remotely start the car from your key fob, or from the company’s iOS and Android Apps, or through your Apple Watch, or indeed by just getting inside and pressing the engine-start button.

Does that make it pointless? I’d argue no. I could certainly see the ability to program a navigation destination by voice, before I leave the house: Mercedes’ infotainment system is by no means bad, but having everything waiting for you rather than sitting in the driveway while you scroll through an onscreen keyboard would be a legitimate time-saver.

Maybe unsurprisingly for a category with “things” in its name, the IoT always looks fairly ridiculous when devices are viewed in isolation. Do I really need to control the lamp from my phone… or could I just press the switch? Does my stove really need a WiFi link to the cloud? Is it really essential that my curtains and blinds be networked and motorized?

Considered individually, the answer is probably no. There’s a sliding scale of weirdness, too: products like Juicero, which sit at the cutting-edge of A Certain Type Of Geek, are at one extreme. Yet I’d argue that a house which can regulate its temperature more efficiently by automatically adjusting which windows are shaded and which aren’t; that can shut off appliances that may have been forgotten about; and which can use light temperature to prompt greater efficiency or relaxation (and maybe even fool your body into thinking you’re a little warmer than you are, delaying turning the heating on in the process) isn’t fatuous. Niche, certainly. Hardly essential. But not ridiculous.

NOW READ: The IoT keeps letting me down

I won’t be buying a Juicero myself. I’m not sure you should either. But I’m not seeing the current lambasting of it – and the Internet of Things more broadly – as the death knell some might. The IoT may be as raw as the vegetables in a Juicero “Root Renewal+” pack, but I’m pretty confident it’s not going to be overcooked any time soon.