The Infiniti Project Black S is the best sort of hybrid

Hybrids can be earnest, sensible ways to boost fuel economy, or they can be like the Infiniti Project Black S and borrow lashings of F1 technology to deliver ridiculous on-road performance. Handiwork of Infiniti and the Renault F1 Team, Project Black S may look like a body-kitted Q60, but it’s actually something a whole lot more interesting.

Back when Infiniti and the Renault F1 Team announced they’d be collaborating in late 2018, the promise was straightforward. The Q60 Red Sport 400 would donate its VR30 twin-turbo V6 gas engine, to which the F1 engineers would apply a very special sort of hybrid tech. 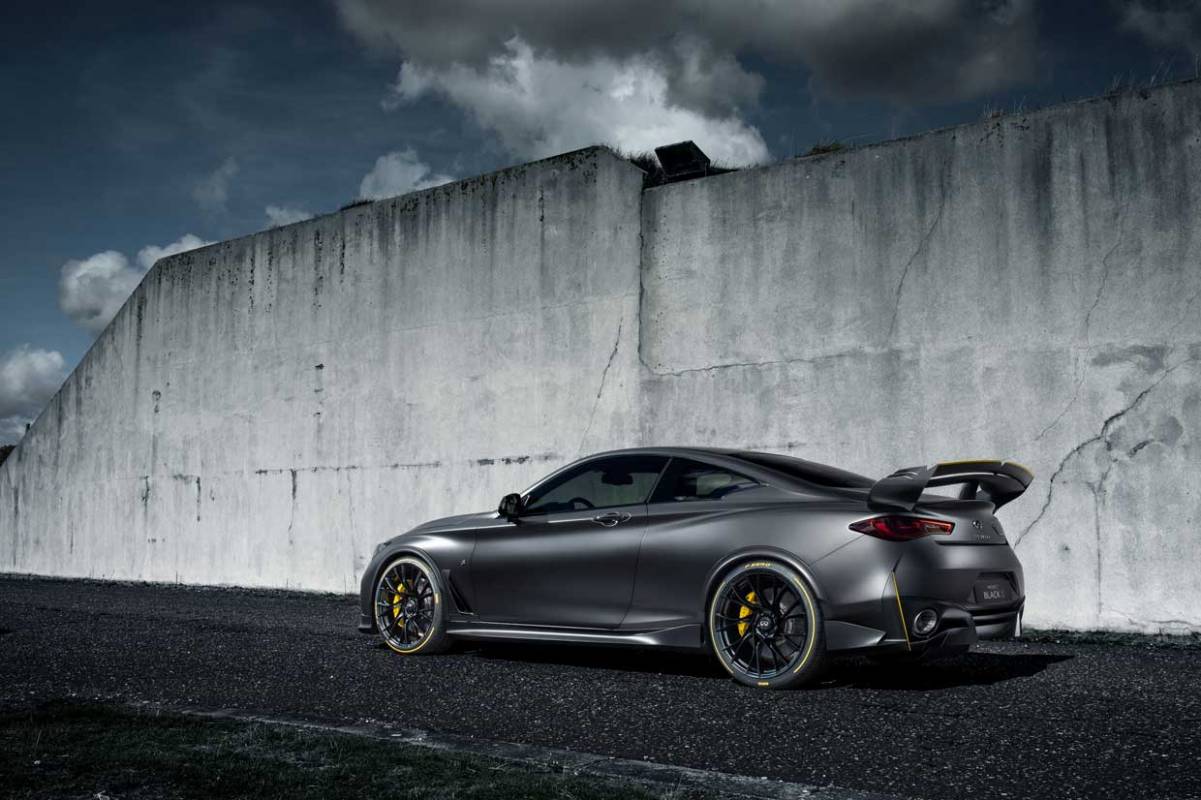 Think “hybrid” and you probably think of a Prius, or something similar. A gas engine working with one or more electric motors, which can also operate as a generator when the car is slowing. The Project Black S’ system is a little more performance-minded.

It uses a pair of heat-energy harvesting systems, or MGU-H (Motor Generator Unit – Heat), which generate electricity during acceleration, and a kinetic harvesting system, or MGU-K (Motor Generator Unit – Kinetic), which recovers power during braking. That’s fed into a 4.4 kWh lithium-ion battery pack in the rear. Much as is the case with the Renault F1 Team’s R.S.19 racecar, the Project Black S stores up power and then uses it to instantaneously spool up the pair of turbochargers. 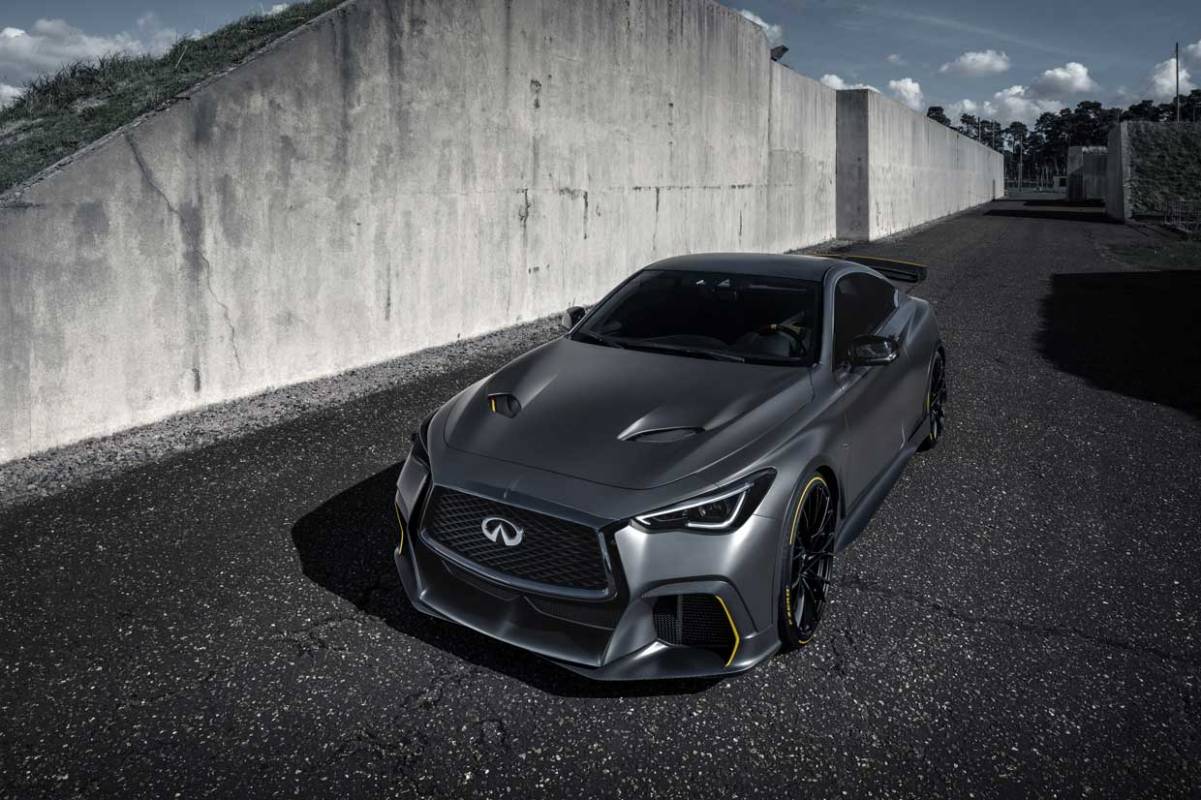 Typically, there’s some lag involved in a turbocharged car when you hit the gas pedal: that’s because the turbos themselves have to spin up to speed before they can start contributing to the engine’s performance. By bypassing that lag, this very special Infiniti hybrid promises a much quicker response, not to mention more power than the regular car. Indeed, according to this recently-completed prototype, power has risen to 563 hp, or 40-percent more than you’d get in the regular Q60 Red Sport 400.

Three drive modes control how that hybrid power is utilized. They’ve been dubbed Road, Quali, and Race, and affect how the Project Black S gathers up and then expends its electrical assistance. 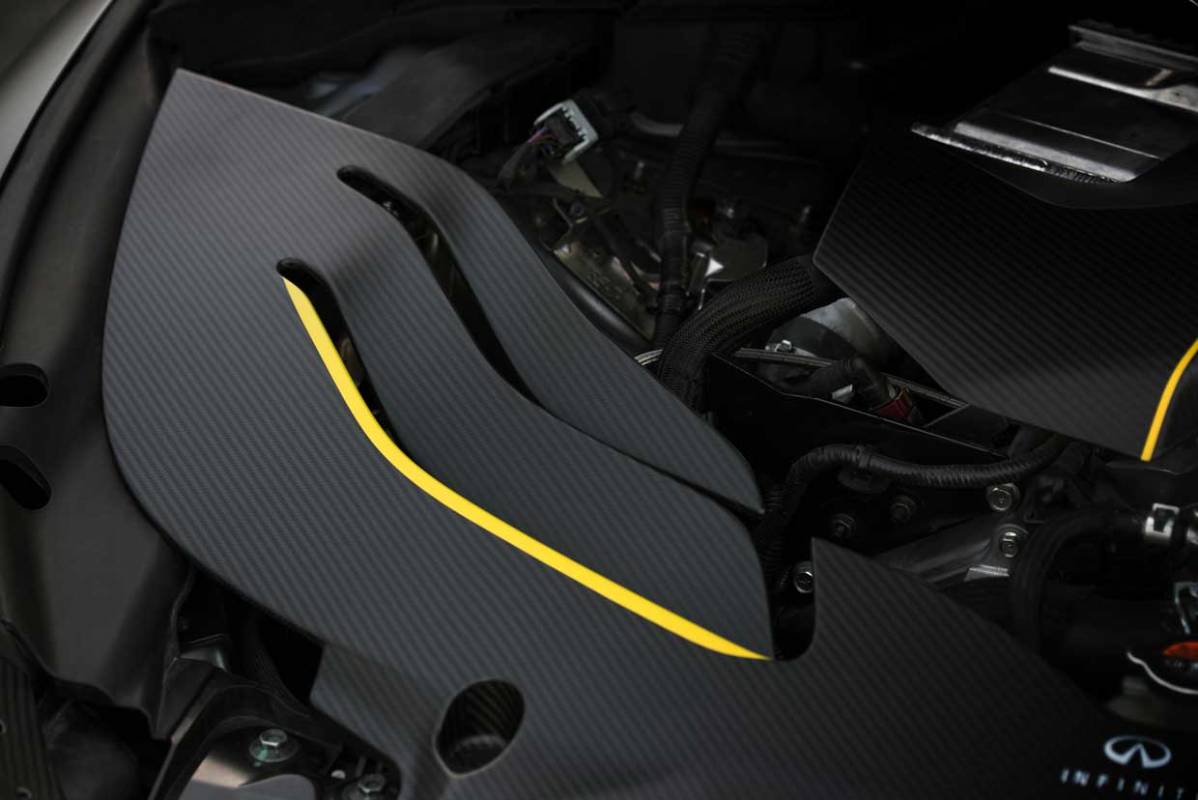 Our lingering question – and one we can’t imagine we’re alone in hoping for an answer to – is whether the technology here will ever get the green-light for production. The dual-hybrid system is definitely unique when it comes to road cars, and Infiniti has been upfront from the start that this is by no means guaranteed to make it to a series model. The latest message on that front isn’t quite the commitment we’ve been hoping to hear, but neither is it a complete disappointment.

“There is still work to be done,” Mike Colleran, Deputy Chairman of Infiniti Motor Company, says of this latest milestone. “Now we have two completed prototypes we will fully evaluate the production potential of Project Black S. It is still too early to predict the outcome as we need a solid business case, but the latest rounds of testing have proved its unique performance and underlines our pursuit of electrified performance. This is an exciting phase of the process. We will consider every element of the development prototypes to establish the feasibility of volume or limited production in future.”

That’s definitely not a “no,” so forgive us if we keep our fingers crossed.