The dirty secret about drones is that they generally take some practice to fly well. We’re not talking “sit in front of the TV and master the latest console game” practice, either: you need a big open space, no trees to crash into, and enough daylight to see what you’re doing. That’s before you get to flexing your camera-operator skills. Not for nothing do the drone videography pros generally have two people at the controls: one piloting, and the other operating the gimbal.

In short, it’s all too easy to get seduced by the spec list, the demo videos, and the soaring sample footage, and then be seriously disappointed when you find the reality is a whole lot harder than the pros make it appear. Just because drones have drifted down in price from the professional tools they once were, to fairly attainable mass-market toys, doesn’t mean you can take one out the box and be producing YouTube-ready video in minutes. 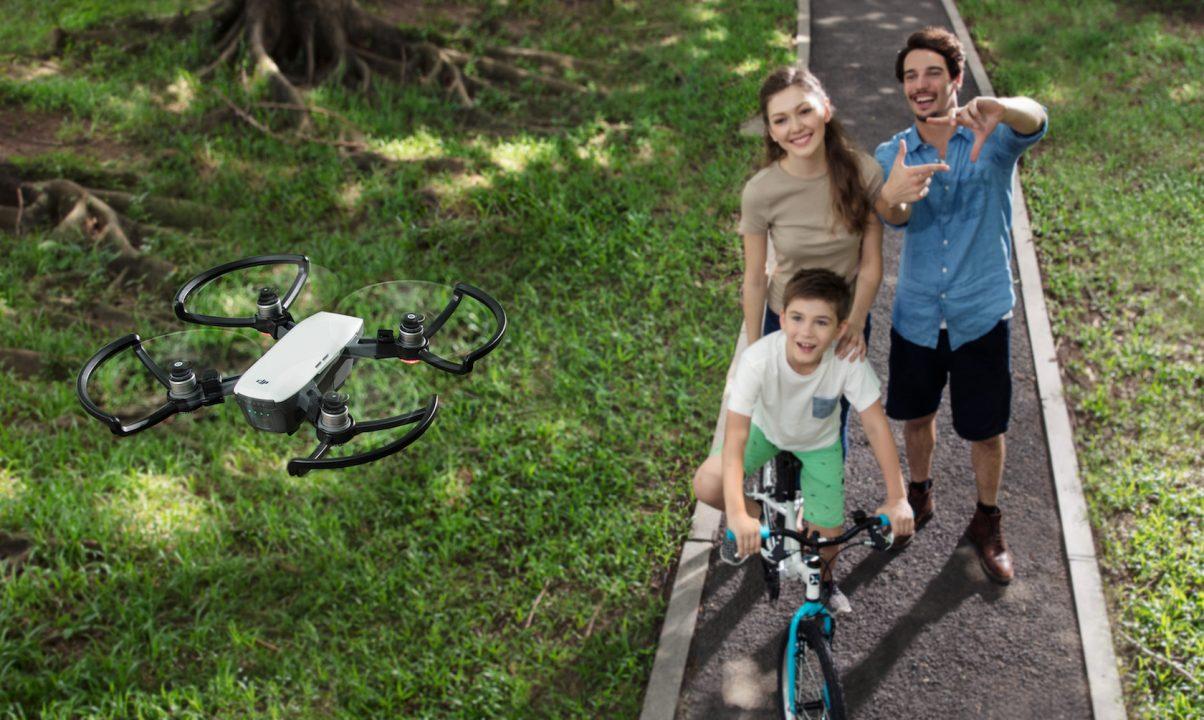 DJI’s Spark makes some big promises, then. It’s not the first drone to be sold without a dedicated controller, no, but it’s a lot more unusual for a drone company to say you can do without any kind of phone or controller whatsoever. The Spark puts gesture control front and center, taking off from the palm of your hand and automatically going into its Gesture Mode.

From there, you can operate all the basics without needing to think about what, technically, is going on to make them all happen. Hold up a palm to the Spark and it’ll follow as you move your hand around. DJI calls it, unsurprisingly, PalmControl, and you can also use it to trigger a photo, relying on the drone’s own smarts to ensure you’re in-frame.

Still, it needs to be more than a hovering selfie-stick, which is where DJI’s QuickShot modes come in. Watch any drone footage and you soon start to recognize some common types of shot: DJI has made those into easy defaults that Spark should be able to do without operators figuring out what they need to press.

You can have the camera shoot upward, for instance, filming what’s underneath it, or zoom away from the subject so that you progressively see what’s around. Another mode circles around a target, while the fourth combines that with an upward spiral. They’re the sort of thing which is actually fairly difficult to learn how to pilot manually, at least with any degree of smoothness.

The more expensive Mavic Pro has donated some of its talents, too. The Spark can track a subject and make sure it doesn’t crash into obstacles as it does so, for instance, or plot a course to a point you select even if there are objects in the way.

NOW READ: What you need to know about DJI’s Spark

Of course, we’ve seen plenty of drones promise convenience and simplicity. DJI’s decision to go with 1080p video recording puts it at a disadvantage compared to the similar Yuneec Breeze, for instance, which can capture 4K footage. If the Spark can actually deliver on its ease-of-flight claims, however, it’s probably worth looking beyond the on-paper specifications. After all, if the best camera is always the one you have with you, the best camera drone is the one that you can be bothered actually flying.