German tuning house Brabus is busy in glamming up the Mercedes-Benz G-Class. But instead of infusing ridiculous amounts of power, Brabus has created an impressive lineup of armored G-Class SUVs called the Invicto. According to Brabus, the Invicto G-Class adheres to strict VR6 plus ERV standards for armored protection.

This is good news for politicians, diplomats, and affluent VIPs. The Brabus Invicto G-Class is good enough to repel various small arms fire. However, it’s also tough enough to withstand sustained fire from an AK-47 as well as powerful blasts from as much as 33 pounds (15kg) of TNT.

The secret is in Brabus’ innovative ‘Shelter Cell’ technology. The process of retrofitting a standard SUV with armored plating is nothing more than welding plates of steel to critically exposed body panels. But for the Invicto G-Class, Brabus took a step further by creating a self-contained and self-supporting bolted structural cell with a zero-joints design. 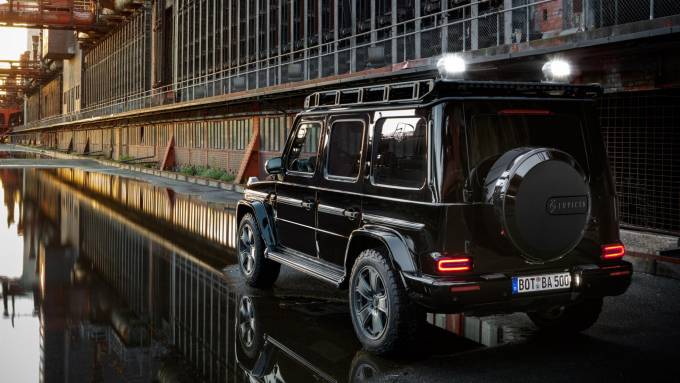 According to Brabus, the ‘Shelter Cell’ consists of hot-rolled steel armor plates and are each inserted into the body with virtually zero gaps. The door panels and the upper windscreen frame are protected by overlapping labyrinths of fibers and metal-ceramic composites. This technique ensures the shelter cell is free from voids or gaps to offer outstanding protection against projectiles and explosives. Meanwhile, the windows and front/rear windshields are crafted from the thickest glass available today. 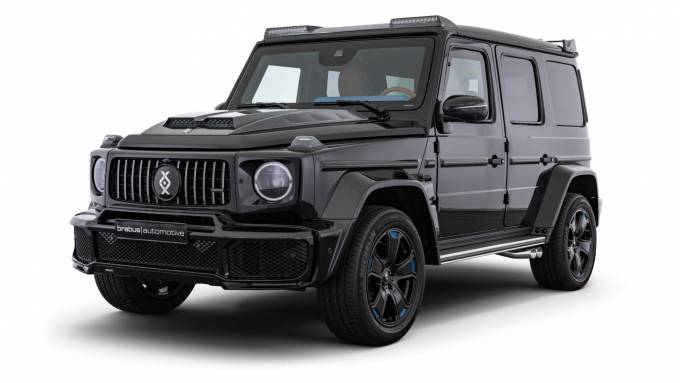 Naturally, adding a protective shell to an existing Mercedes-Benz G500 or AMG G63 means adding more weight to an already hefty SUV. The unique shelter cell contributes a ton of additional mass, but Brabus was kind enough to modify the brakes and suspension to handle the added weight. Also, the Invicto receives heavy-duty wheels and run-flat tires, the latter of which enables the vehicle to continue rolling for approximately 30 miles after being shot. 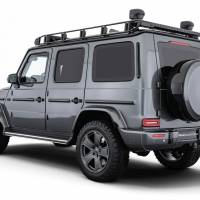 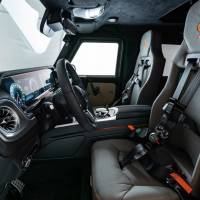 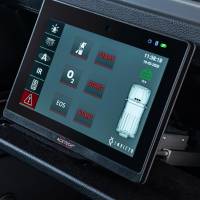 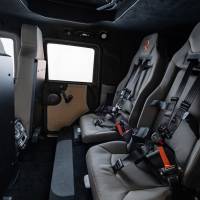 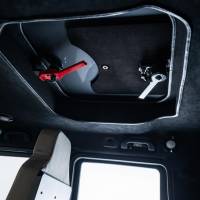 Brabus is offering three different models of the Invicto G-Class. The Invicto Luxury receives a Brabus Widestar body kit and a premium interior. On the other hand, the Invicto Pure looks pretty much like a regular G-Class albeit with different wheels. But when the going gets tough, you’ll need the Invicto Mission with a military-grade navigation system, a roof rack with a powerful LED light bar, blinker lights in the windscreen and front grille, and a fortified escape hatch in the roof. 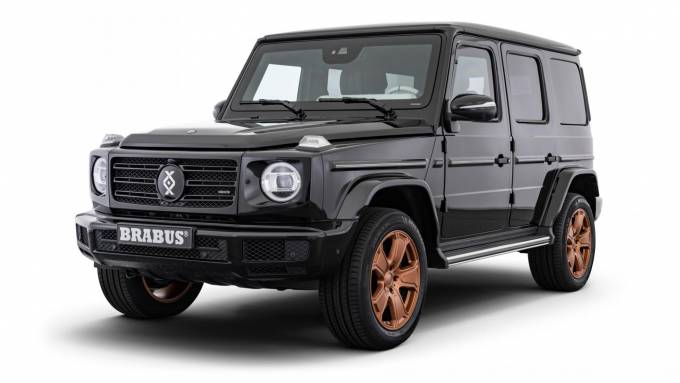 Additionally, the Invicto Mission has four custom seats equipped with five-point harnesses. The seats are wide enough to accommodate passengers wearing bulletproof vests. You’ll also find an oxygen supply in the rear boot. If you’re interested in turning your Mercedes G500 or AMG G63 into a virtual tank with four wheels, prepare to spend around $367,200 (£301,000).