The Best Green and Energy Efficient Cars For 2016

It’s hard to think of an automotive segment that’s seen more investment and faster growth than energy-efficient green cars. Whether using a pure battery electric drivetrain or a plug-in hybrid design, eco-friendly automobiles are fighting to be part of the mainstream, Although issues such as range, affordability, and charging infrastructure still loom large when discussing green cars,
the technology behind these models is impressive – and shows no signs of slowing down.

Check out our picks for the best green and energy efficient cars for 2016.

The Brief: Tesla has been the darling of the electric car scene, proving that a start-up can bring next-generation battery technology to market while simultaneously offering a rigorous program of software and hardware upgrades over the life of its primary vehicle, the Model S.

The Tech: The scary-fast Tesla Model S P90D features an electric motor at both the front and rear axles along with a 90-kWh battery pack, giving the all-wheel drive luxury sedan 762 horsepower to play with. Even more important than its sub-three-second 0-60-mph time is its 250 miles of driving on a full charge. Even the entry-level P70 edition of the Model S comes close to delivering the same range, despite its more modest 328 horsepower, single-motor design.

The Why: With a starting price of $84k, the Tesla Model S P70 has shaken up the world of high-end sedans. The fact that it’s done so on battery power alone makes it that much more notable. 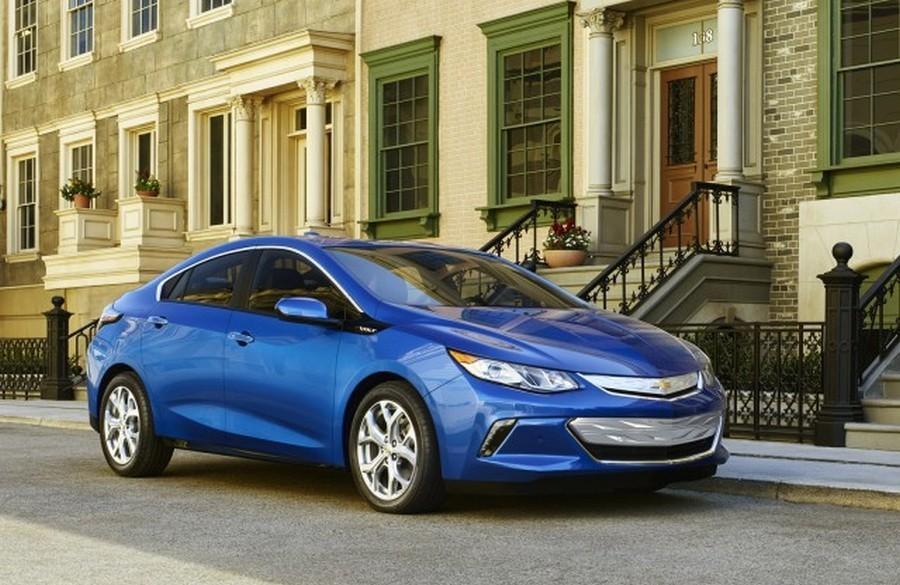 The Brief: The second-generation of GM’s extended-range hybrid aims to dial back the science project aspect of the original Chevrolet Volt and make it feel like more of a ‘normal’ car. The effort has been successful: the Volt drives better, rides more comfortably, and offers more advanced features than its predecessor, all while delivering even better efficiency than it did before.

The Tech: For the redesign, Chevrolet upgraded the 2016 Volt’s gasoline engine to a lighter, direct-injected, 1.5-liter four-cylinder unit capable of producing 101 horsepower. Next, engineers also took weight out of the T-shaped battery in the car’s floor while simultaneously boosting its capacity to 18.4 kWh (up from 17.1 kWh), allowing for an all-electric range of 50 miles. A pair of electric motors continue to provide primary motivation for the car, but the units are all-new, and offer 149 horses and 294 lb-ft of torque.

The Why: Most commuters will never see the inside of a gas station thanks to the 2016 Chevrolet Volt’s 50 miles of EV range, but the 370 miles of gas generator driving available for longer trips makes it one of the most practical green cars on the market. 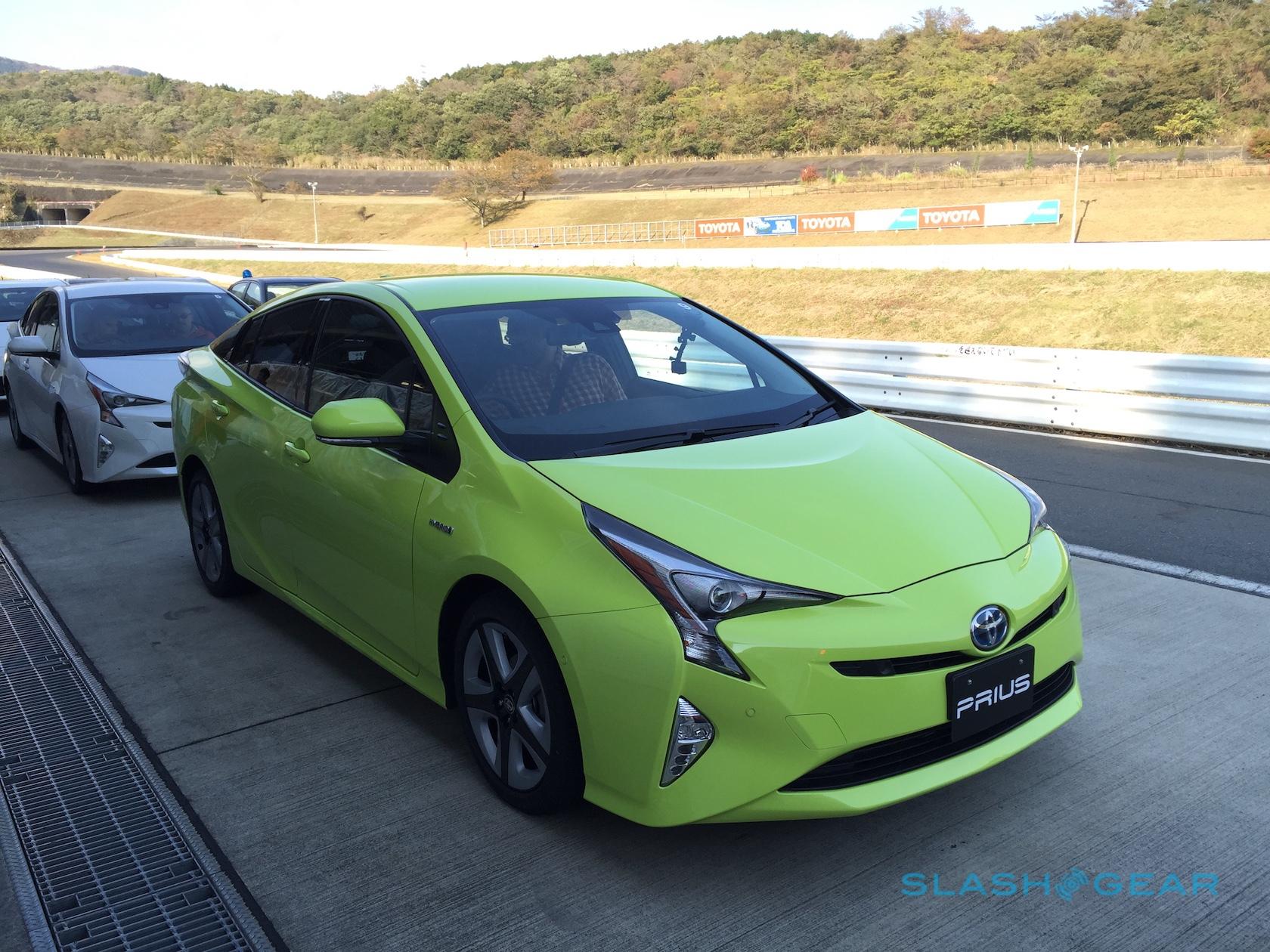 The Brief: The 2016 Toyota Prius is the latest version of the car that for thousands of drivers has become the go-to hybrid model. The compact hatchback boasts brand-new styling, a revised gasoline/electric hybrid setup, and outstanding fuel mileage of 54-mpg in city driving and 50-mpg on the highway.

The Tech: Although not quite as frugal as the model it replaces, the new Toyota Prius drivetrain is a better drive in real-world situations than ever before. It consists of a 1.8-liter, four-cylinder gas engine working together with a single electric motor that for the very first time is linked to a lithium-ion battery pack. 121 total system horsepower are 13 less than what was found in 2015, but a focus on low-end torque keeps performance comparable in a straight line. It’s also worth pointing out that the new motor is lighter and smaller. You can still get the old nickel-metal hydride battery on low-spec Prius models, if you’re seeking to save some money and gain a four extra miles per gallon in combined driving – look for the ‘Eco’ badge.

The Why: For a huge number of hybrid shoppers, the Toyota Prius is the only green vehicle they would ever consider owning. The 2016 redesign does little to shake that faith. 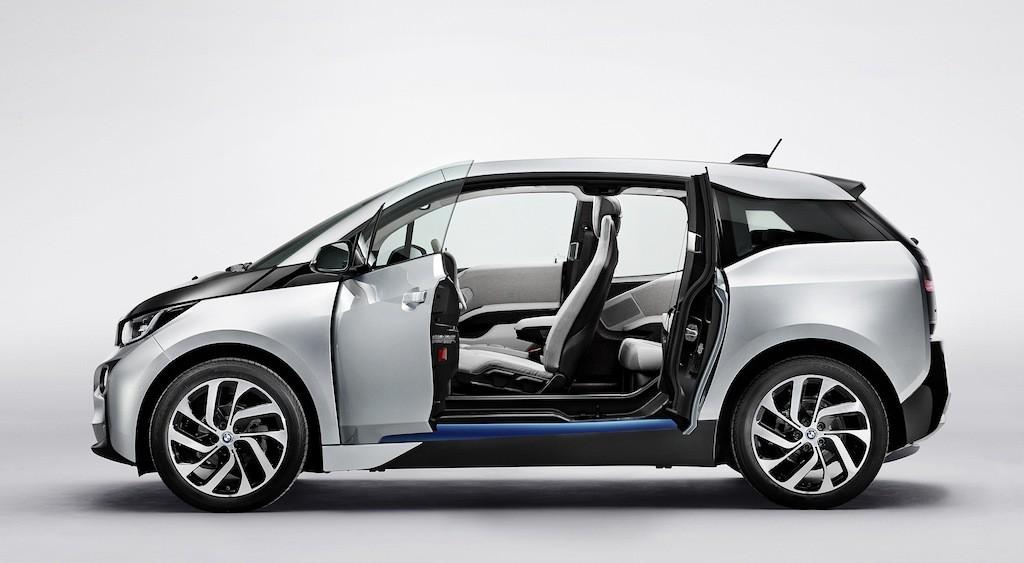 The Brief: BMW decided it could build a pure electric car that was in keeping with its fun-to-drive image. Enter the 2016 BMW i3, proof that entertaining performance doesn’t have to be a Tesla-sized sledgehammer in the electric car world. The subcompact i3 trades on its relatively lightweight chassis, nimble handling, and rear-wheel drive layout to deliver a unique EV experience.

The Tech: The BMW i3 is based around a 22 kWh lithium-ion battery pack built into the hatchback’s floor, and its rear-mounted electric motor can be counted on to generate 170 horsepower and 184 lb-ft of torque. Maximum range is listed at 81 miles, but if that’s not enough you can install a tiny two-cylinder gasoline range extender that almost doubles the car’s total driving distance. There’s a price to pay, however: the weight of the genny saps nine miles off of the BMW’s electric-only range.

The Why: Good luck finding another rear-wheel drive EV out there at the BMW i3’s $42,000 price point. The small, dynamic i3 is an outlier that proves the future of electric-only cars looks bright once more major automakers get on-board. 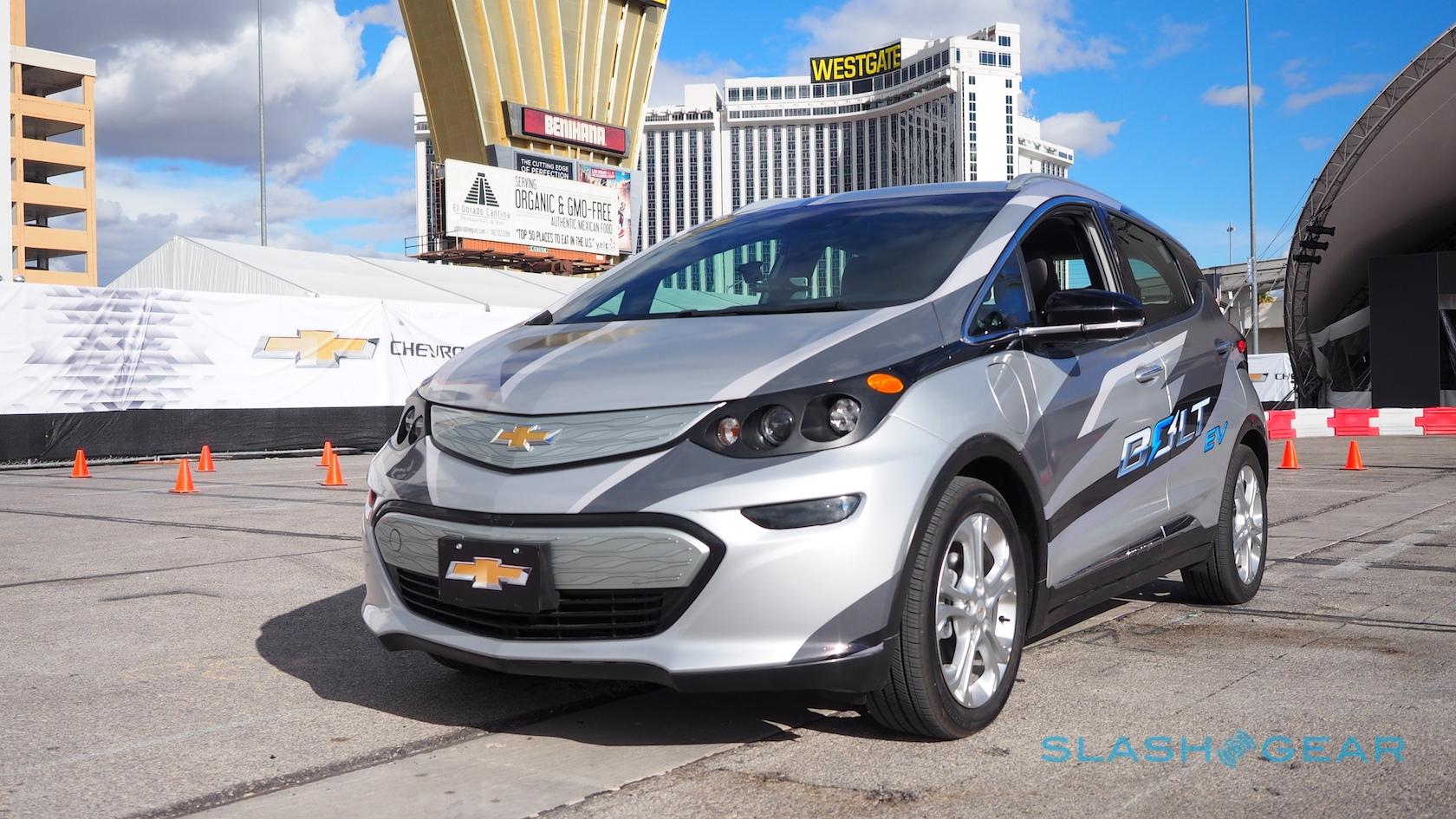 The Brief: The 2017 Chevrolet Bolt is an EV for the people. The promise of a driving range of more than 200 miles at a price that should hover around $30,000 after federal and state tax incentives makes the Bolt the game-changing mass-market electric car we’ve been waiting for.

The Tech: Unlike its Volt cousin, the subcompact Bolt features a single 200 horsepower electric motor. Also capable of producing 266 lb-ft of torque, it’s hitched to a 60 kWh lithium-ion battery that is DC fast charge-friendly, which means 90 miles of range after a mere half-hour on the cord. You can also top-up the Bolt on 120-volt and 240-volt chargers, and top speed for the EV is listed at 91-mph.

The Why: The Chevrolet Bolt is an affordable all-electric green car that has outstanding real-world range and capability. There’s nothing like it on the market – and it’s slated to hit showrooms later in 2016. 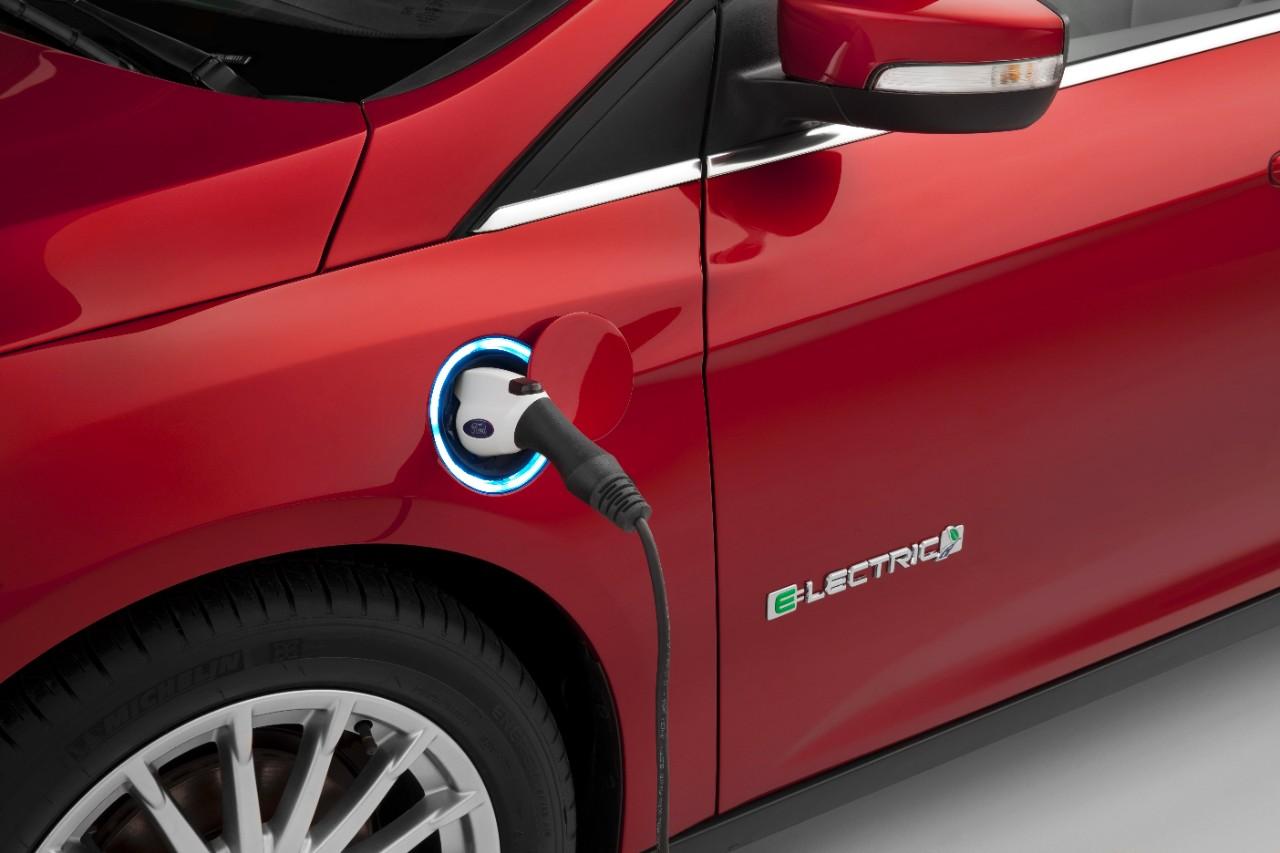 The Brief: The 2016 Ford Focus Electric is the forgotten EV, a battery-powered drivetrain locked inside a chassis that’s more engaging to drive than many of its more popular rivals. It lacks the wow factor of a huge range (100 miles per charge for the upcoming model year), but it’s still a respectable choice that’s inexpensive to buy at under $30,000.

The Tech: The Ford Focus Electric has been around for quite a while, and the Blue Oval is being cagey about the details that are coming with the hatchback’s 2017 update. It’s reasonable to suspect a new lithium-ion battery, and the automaker has announced DC fast charger compatibility along with a big improvement for the Focus Electric’s 240-volt charge time.

The Why: It’s worth waiting for the revamped Focus Electric, which should help improve sales for the EV – especially if pricing continues to fall as it has over the course of the past several years. 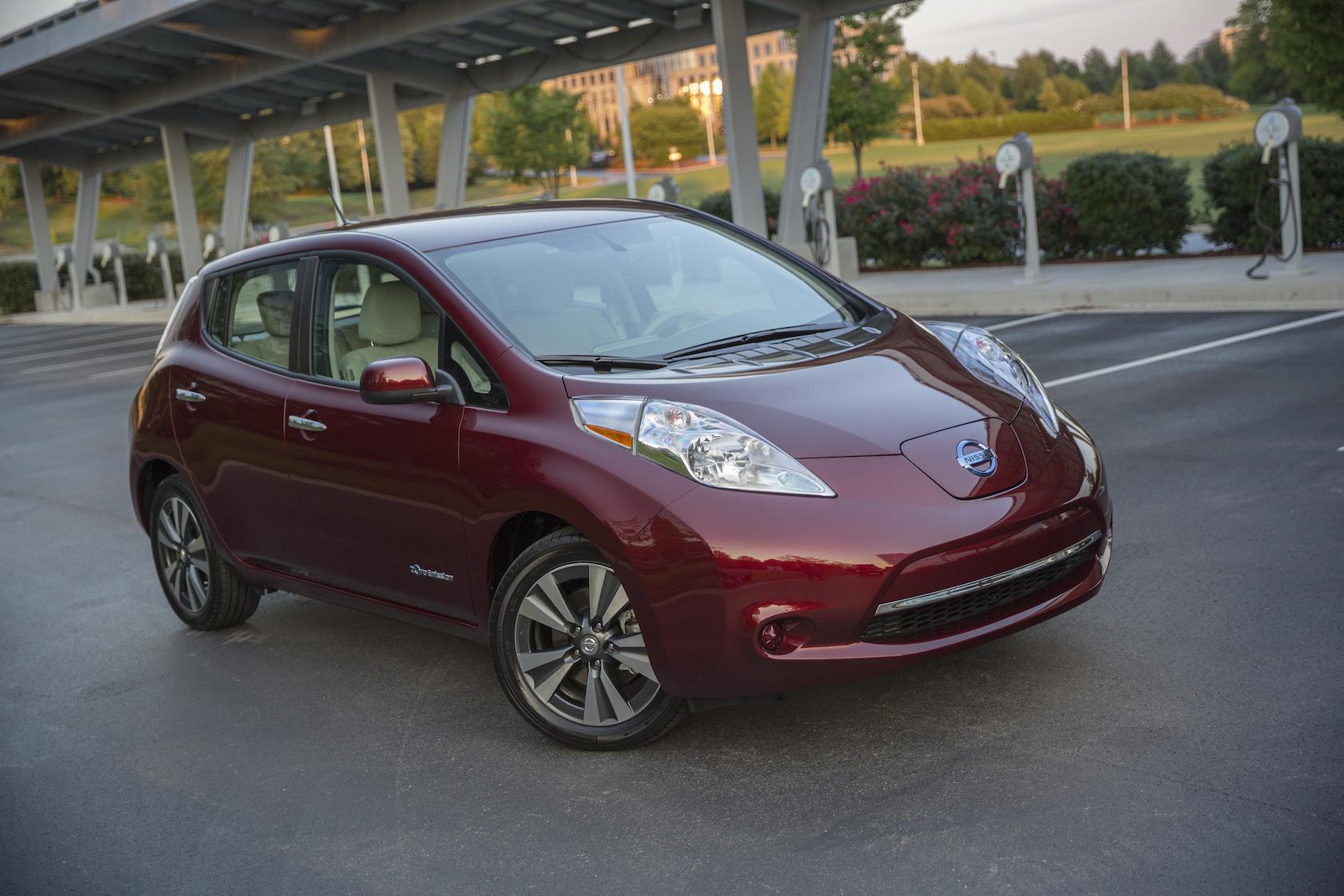 The Brief: The Nissan Leaf was the first electric car that legitimately combined a usable battery range with an affordable price tag. It’s reigned over the subcompact EV landscape for so long that it’s easy to forget Nissan has been slowly improving the Leaf with each passing year.

The Tech: For 2016 the Nissan Leaf’s single-charge range has leapt by 23 miles to stand at 107 miles total thanks to a 30 kWh lithium-ion battery that is roughly 25 percent larger than the unit it replaces (entry-level Leaf models are still equipped with the 24 kWh battery). The refreshed version of the Leaf is also DC fast charger capable, and it takes a mere 30 minutes to reach 80 percent full on an empty power pack.

The Why: Although its interior might be dated and its styling hasn’t really moved the needle much since it was introduced, the Nissan Leaf’s recent range and charging rate improvements keep it in the EV conversation for budget-conscious buyers. Base models cost just over $29k, while the SV and SL trims that feature the bigger battery see their prices jump to $34,200 and $36,790, respectively, before federal and state incentives. 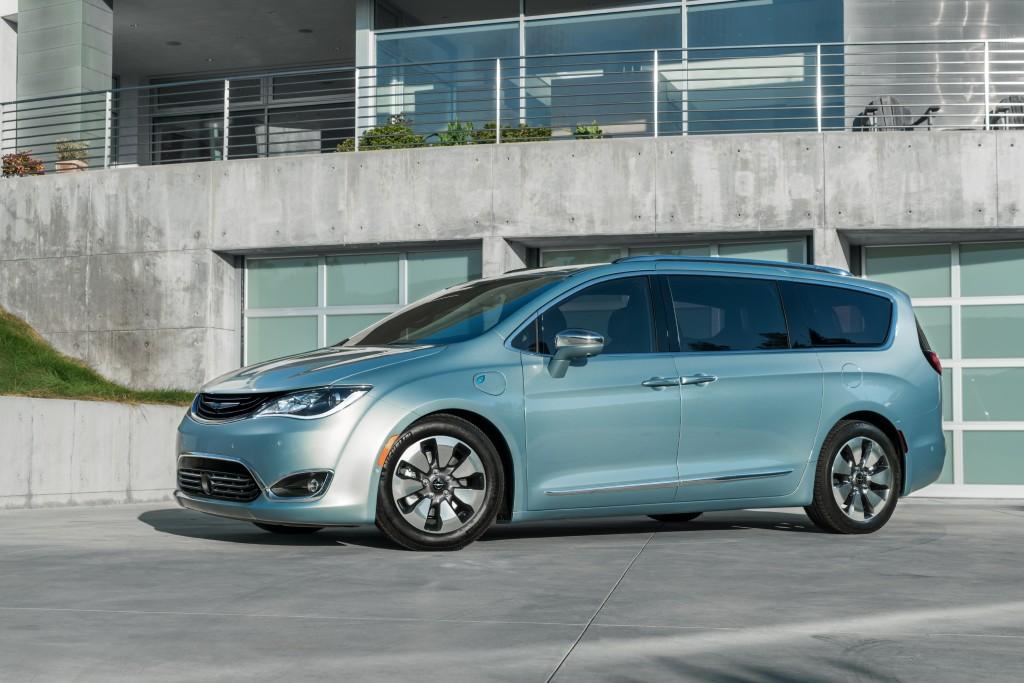 The Brief: Chrysler is ditching the Town & Country nameplate in favor of the Pacifica, an all-new minivan that just happens to feature a plug-in hybrid model. The Pacifica Hybrid brings electrification to the minivan market for the very first time, with an estimated 80 MPGe rating in the cards.

The Tech: Even though ‘plug-in’ is not in the name, rest assured that you can hook the Pacifica Hybrid to a wall socket to fill up its 16 kWh battery should the need arise. There are 30 miles of electric driving to be had in the Chrysler van – although that number will likely drop with a full load of passengers – and it’ll take two hours to charge on a 240-volt connection. Total system power sits in the 250 pony range, and you’ll have to forgo the brand’s Stow ‘n Go seats in the Hybrid model because the power pack sits directly under the floor.

The Why: It’s the only plug-in minivan, ever. It’s also an example of an automaker using thinking outside the box to update ‘the box’ and give us a green twist on the family hauler concept. 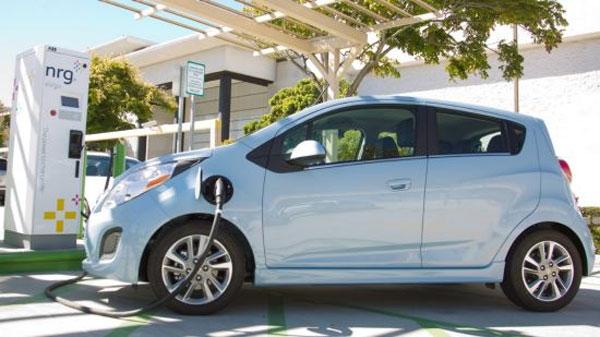 The Brief: The 2016 Chevrolet Spark EV manages to best the performance of its gas-only counterpart, which is a rare achievement in the green car universe. The tiny subcompact hatchback leverages the torque of its electric motor to offer fun driving at a low price.

The Tech: The Chevrolet Spark EV keeps things simple with a 19 kWh lithium-ion battery pack that allows for an 82-mile range. A single electric motor churns out 130 horsepower and a hefty 400 lb-ft of torque, which is a big boost over the base gas-only edition of the car – enough to transform the Spark’s driving experience from mild to eyebrow-raising, slicing close to four seconds off of its sprint to 60-mph. Charging times are a bit long – seven hours to full on a 240-volt outlet – unless you can find a DC fast charger, which whittles the wait down to a mere 20 minutes for 80 percent.

The Why: You can’t easily buy the Spark EV everywhere, but its before-incentives starting price of $25k is a definite bargain – and it’s likely to get that much cheaper to purchase once the Bolt arrives on the scene and takes its place in Chevy’s electric line-up. 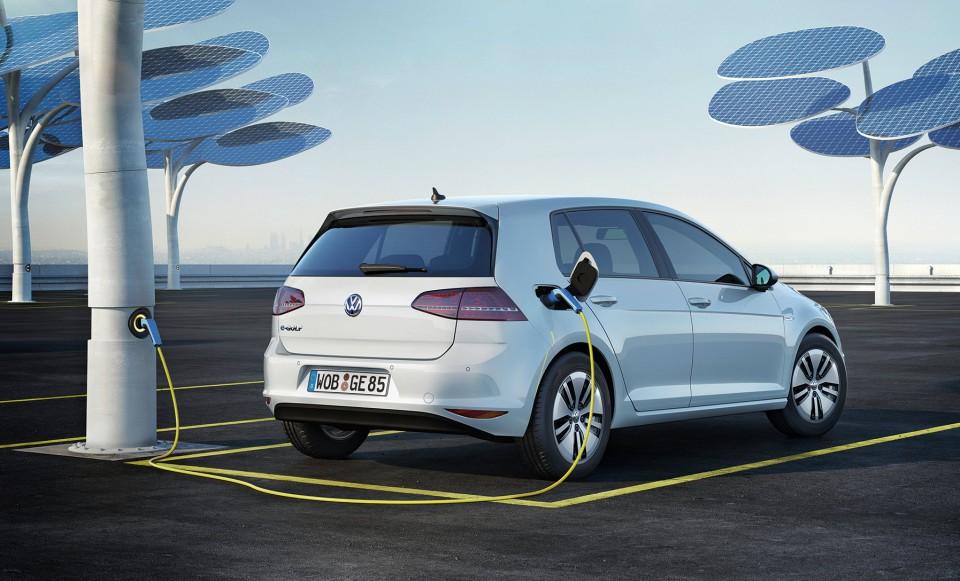 The Brief: The 2016 Volkswagen e-Golf takes everything you love about VW’s popular, practical hatchback, and electrifies it. The e-Golf feels very much like a traditional car in normal driving, which is high praise for an EV, and it doesn’t inflate its window sticker all that much in the process (as compared to other similarly-sized battery-powered rivals). In fact, there’s a $4,500 discount on the 2016 model as compared to the year before, bringing the MSRP down below the $30k mark.

The Tech: If you stick with the base Volkswagen e-Golf, then be aware that you’re sacrificing DC fast charge capability and looking at slower 240-volt charging times as well (with a 3.6 kW charger versus a 7.2 kW unit on more expensive models). 83 miles of driving range are possible on a full 24.2 kWh lithium-ion battery, and output from the single electric motor is rated at 115 horses and 199 lb-ft of torque.

The Why: If you don’t need the 200-mile range of the upcoming Bolt and need an EV right now, then the Volkswagen e-Golf is a commendable electric interpretation of one of the most popular hatchbacks on the market.