The Apple Watch event site has us intrigued (pics & video)

Apple’s latest event is just days away. At this soiree, we’re expecting the Apple Watch to be the star of the show, which was heavily hinted at with Apple’ invitation to the event, which made a tongue-in-cheek reference to setting the time correctly. Not content to simply house the event at the Yerba Buena Center in San Francisco, Apple is also building an outside area right next to the events hall. We’re in San Francisco for GDC, so we took a peek at what Apple has going on.

Though it’s still tented, we can plainly see the area won’t be enclosed (at least with that plastic). It’s a wall, which wraps around a great deal of the center, but isn’t closed off from above. We hope March 9 is a nice, sunny day.

The last time Apple built an adjacent area, it was when they announced the Apple Watch, with the area meant for hands-on time. We’ll assume the same can be said for this area, and the scope of it suggests plenty of Apple Watches will be on display, ready for wider use than before. 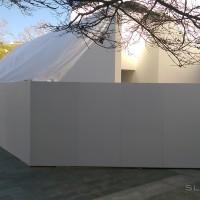 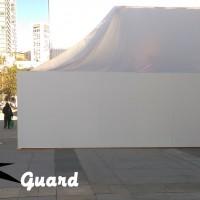 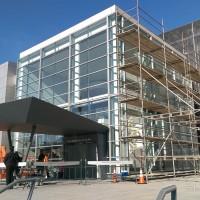 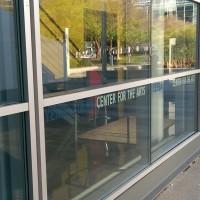 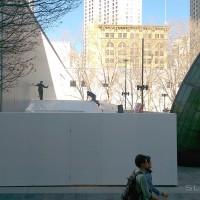 Apple Developers are finishing up Apple Watch apps, so we’re going to assume the area is also meant to show off just what the wearable is capable of.

Inside the fenced area sits at least one structure. We see crew standing on a whatever it is, so we’re now even more intrigued at what Apple has up their sleeve (I’m making too many watch jokes, now).

Not everyone is phased, though. Some are doing Tai Chi Jian next to the Yerba Buena Center. Business as usual, but come Monday, time will stand still in that area of San Francisco (pun!).