That huge Earth-skimming asteroid? We lost it

An asteroid roughly the size of three football pitches that was expected to hurtle past Earth last night has been lost by astronomers, after attempts to track 2000 EM26 during its 27,000 mph fly-by were scuppered by frozen telescopes. The space rock was on course to pass Earth at a distance of around 1.62 million miles, close enough to earn it the classification of “Near Earth Object” (NEO) though not, NASA and researchers were keen to point out, any sort of suggestion that our planet might be in danger. Unfortunately, now they can’t find it again.

Astronomers at Slooh had planned to live-stream 2000 EM26’s passing last night, using a robotic telescope sited at Mount Teide in the Canary Islands. Unfortunately weather problems at the observatory left the telescope frozen up and unable to move; now, in fact, there’s only one known still image of what’s believed to be the asteroid shooting past us.

That was taken by the Dubai Astronomy Group, SpaceTravelFoundation reports, though the image – below – doesn’t tell us much. Part of the problem is the relative dimness of 2000 EM26, with its lack of reflectiveness making it hard to differentiate from brighter objects in the night sky. 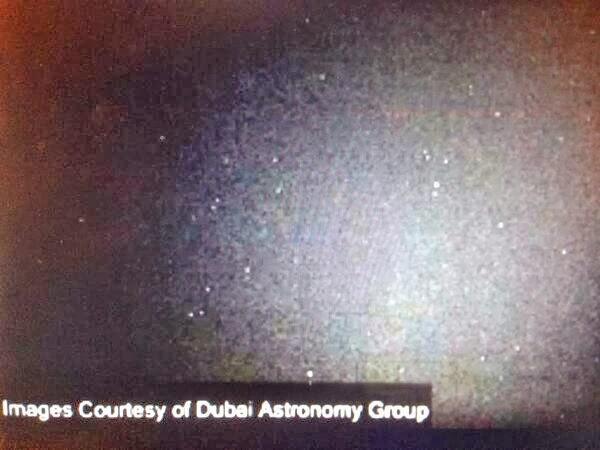 Amateur astronomers had already been warned that their telescopes might prove insufficient to catch a glimpse of the asteroid, but now Slooh is calling on them to at least give it a try. According to a graphic released by the organization – which links telescopes all over the world to internet live-streams – based on original NASA/JPL data about the rock, 2000 EM26 was expected to be somewhere in-frame. The asteroid would show up as a static, round point of light. 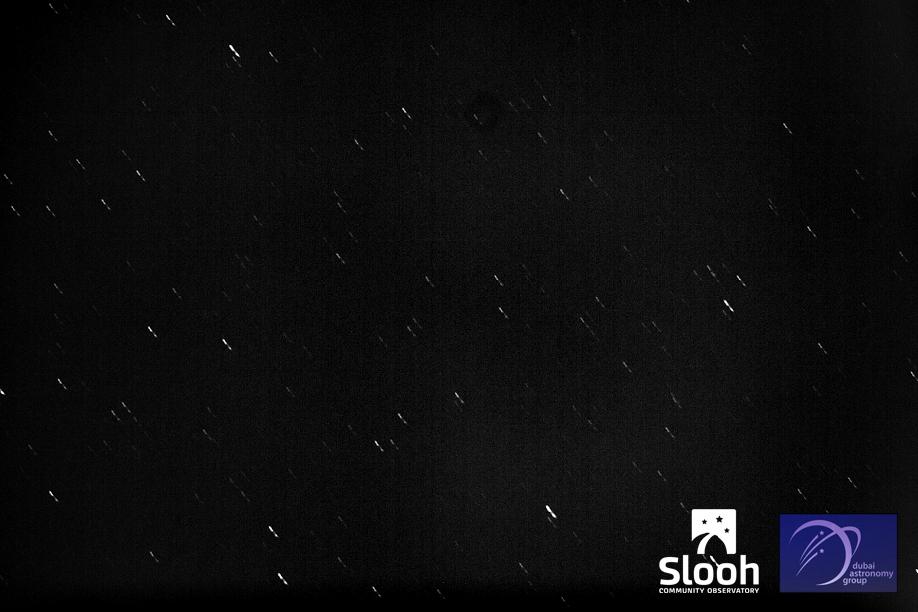 What the missing asteroid highlights is how tricky it is to not only identify NEOs but to keep track of them over time, something NASA and others have warned of on several occasions. “Discovering these Near-Earth Objects isn’t enough” Paul Cox, Slooh Observatory Director, said today. “As we’ve seen with 2000 EM26, all the effort that went into its discovery is worthless unless follow-up observations are made to accurately determine their orbits for the future.”

That uncertainty is timely, given it comes a little over a year after an unexpected asteroid exploded above Russia, injuring around 1,000 people. Since the rock had come from the direction of the sun, traditional methods of identifying it had failed.

According to the American space agency, that could easily happen again, particularly as budgetary cutbacks undermine how much star-gazing can be done. NASA has thrown things open to the private sector in the shape of the Asteroid Grand Challenge, and has its own ambitious schemes to capture an asteroid and bring it into orbit so that research can be carried out on its composition and other factors.