Earth runs the risk of an unexpected asteroid strike because NASA‘s budget for identifying and tracking potential risk-rocks is woefully insufficient, science advisors have warned US Congress this week. The ominous news, in which lawmakers were told that – at current funding levels – it would take until 2030 to adequately catalog 90-percent of near-Earth objects ranging between 140m and 1km in width, was revealed at a hastily-convened hearing of the House Science Committee following the Russian meteor incident in mid-February. There, members of Congress were warned that praying might be the only defense should an unpredicted asteroid be spotted three weeks out from Earth.

Congress has already mandated its expectations for the breadth of NASA’s tracking, NBC News reports, as well as more than quadrupling the space agency’s budget to do so, up to in excess of $20m. However, that’s still hopelessly insufficient, NASA Administrator Charles Bolden told Committee members.

Without a boost in cash, White House science advisor John Holdren pointed out, NASA would still struggle with one of the biggest shortcomings of its current space rock spotting setup: catching sight of, and monitoring, asteroids that are hidden by the glare of the sun. It’s a problem that has a track record of incidents, too. The Russian asteroid last month was disguised by glare, and thus went unnoticed.

“It came from a direction where our [existing] telescopes could not look, we cannot look in the sun” Holden said. What’s needed is a second telescope, orbiting out at a range similar to that of Venus, he argued. A similar plan has already been put forward by a nonprofit organization, which aims to launch its Sentinel Space Telescope by 2017 by 2017 at the earliest. 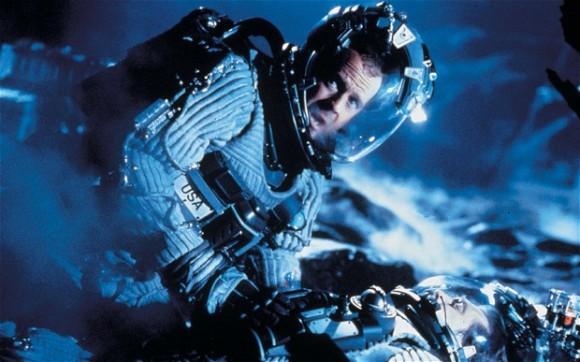 Other alternatives are a “crowdsourcing” monitoring system, though it’s still unclear whether that would provide sufficient warning to actively divert a rogue asteroid. Asked what the plan would be if such a threat was observed with less than month’s notice, Bolden was pessimistic. “If it’s coming in three weeks … pray,” he deadpanned. “The reason I can’t do anything in the next three weeks is because for decades we have put it off.”

As it stands, NASA has a metaphorical eye on around 95-percent of 1km+ near-Earth objects, but that success ratio dwindles to just 10-percent or thereabouts for 140m+ asteroids. That leaves as many as 18,000 such objects potentially unchecked, the space experts highlighted, sufficient to “devastate the better part of a confident” should one strike the Earth, according to Holdren. On the plus side, NASA has previously warned that the most notice we’d get of a near-Earth object strike is a “flash of light and the shaking of the ground as it hit,” hardly leaving time for any panic at all.