Without question, the incoming 2021 Tesla Model S Plaid and Plaid+ are packing some crazy performance credentials. With three electric motors equipped with carbon-sleeve rotors, the Model S Plaid has a top speed of 200 mph, and it goes from zero to 60 mph in 1.99 seconds. It also offers an estimated 350 miles of range, not bad for a performance-oriented EV.

The Model S Plaid+ gets crazier, still. According to Tesla’s website, it has the same 200 mph top speed as a standard Plaid model, but it offers 520-plus miles of range while rushing from zero to 60 mph in under 1.99-seconds.

BREAKING: Tesla is CURRENTLY attempting lap records in a couple of Model S Plaid (possibly a Plaid+) prototypes at Laguna Seca Raceway!
They just secured a 1:30:XX (unconfirmed time)
This is a developing story – more photos and videos to follow. pic.twitter.com/BqxPdK4k43

And it seems the new Tesla Model S Plaid is about to break new lap records before the first customer deliveries arrive in the coming weeks. In an exclusive report by The Kilowatts on Twitter, Tesla is currently attempting to break lap records at Laguna Seca Raceway with a couple of Model S Plaid models. 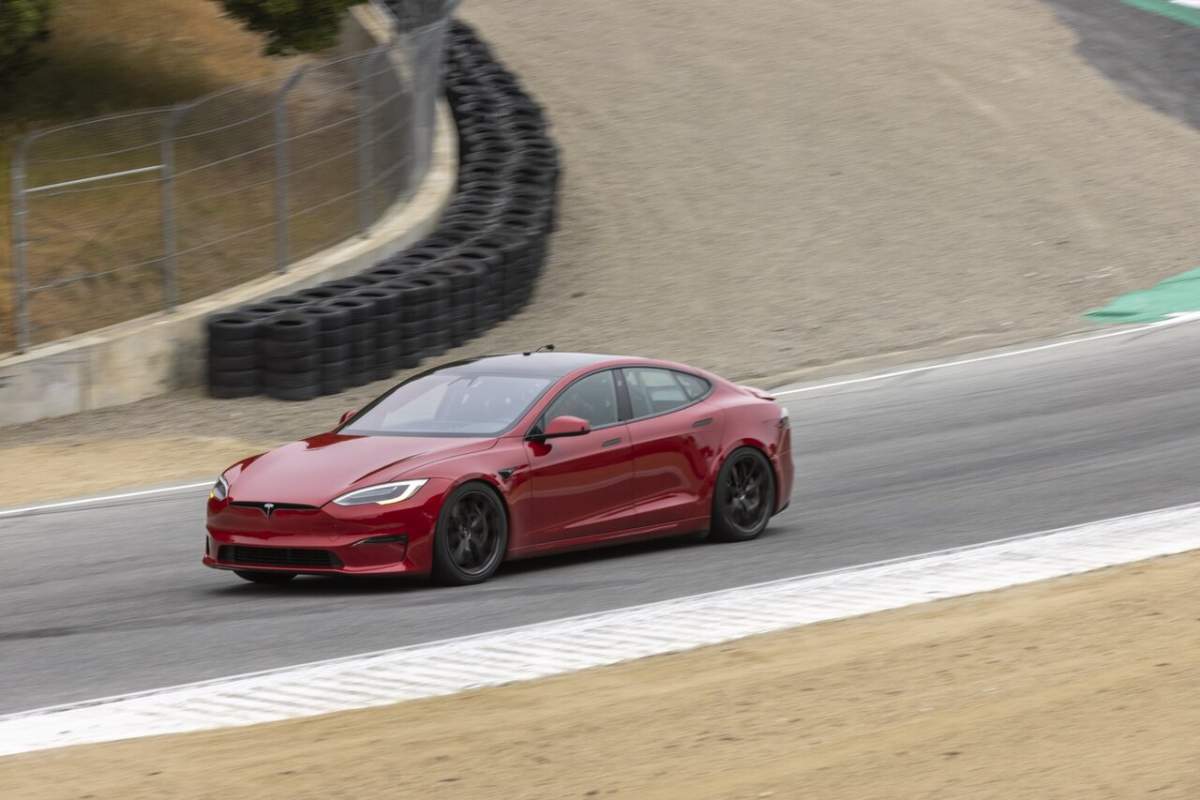 According to reports, the Model S Plaid recorded an unofficial time of 1:30:XX. Most of the attention is on the massive rear spoiler on the red Model S test vehicle, a feature we first saw in 2019 as Tesla began testing the Model S Plaid at the Nurburgring Nordschleife in Germany. However, Tesla CEO Elon Musk confirmed that the rear spoiler was only for “rear downforce calibration” and would not appear in the production model. 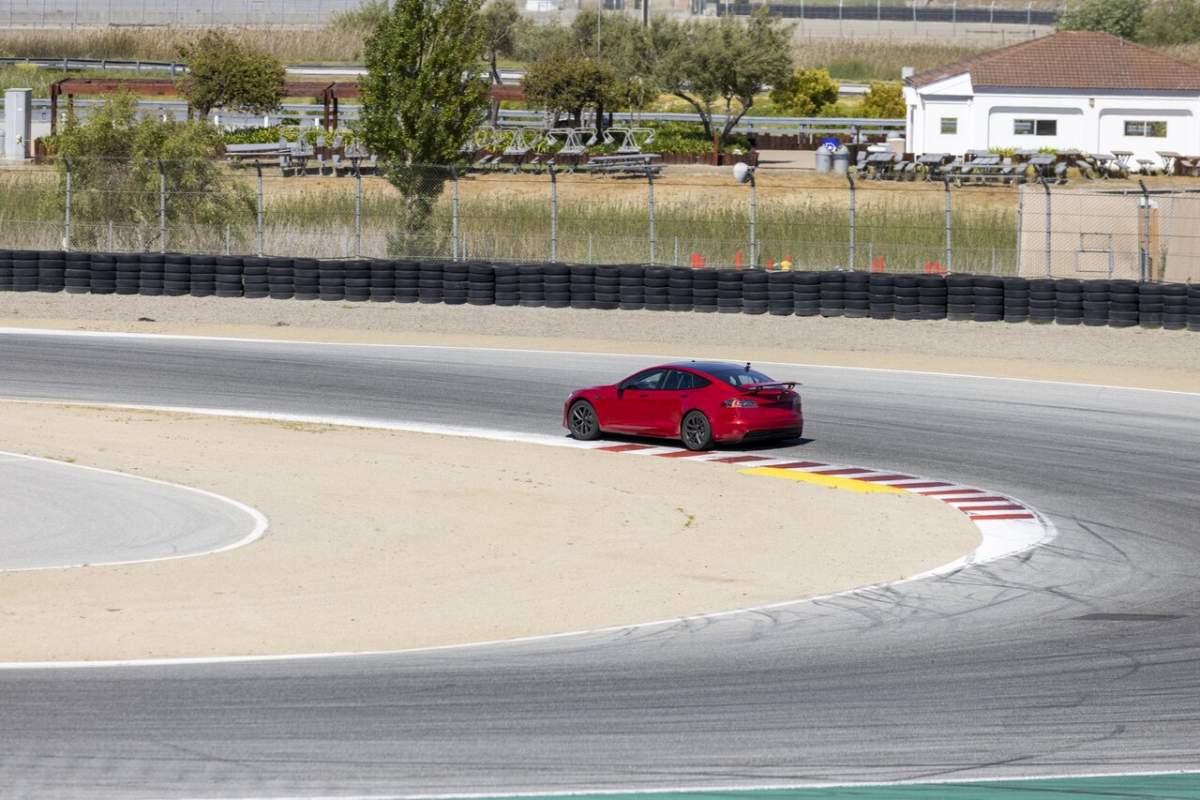 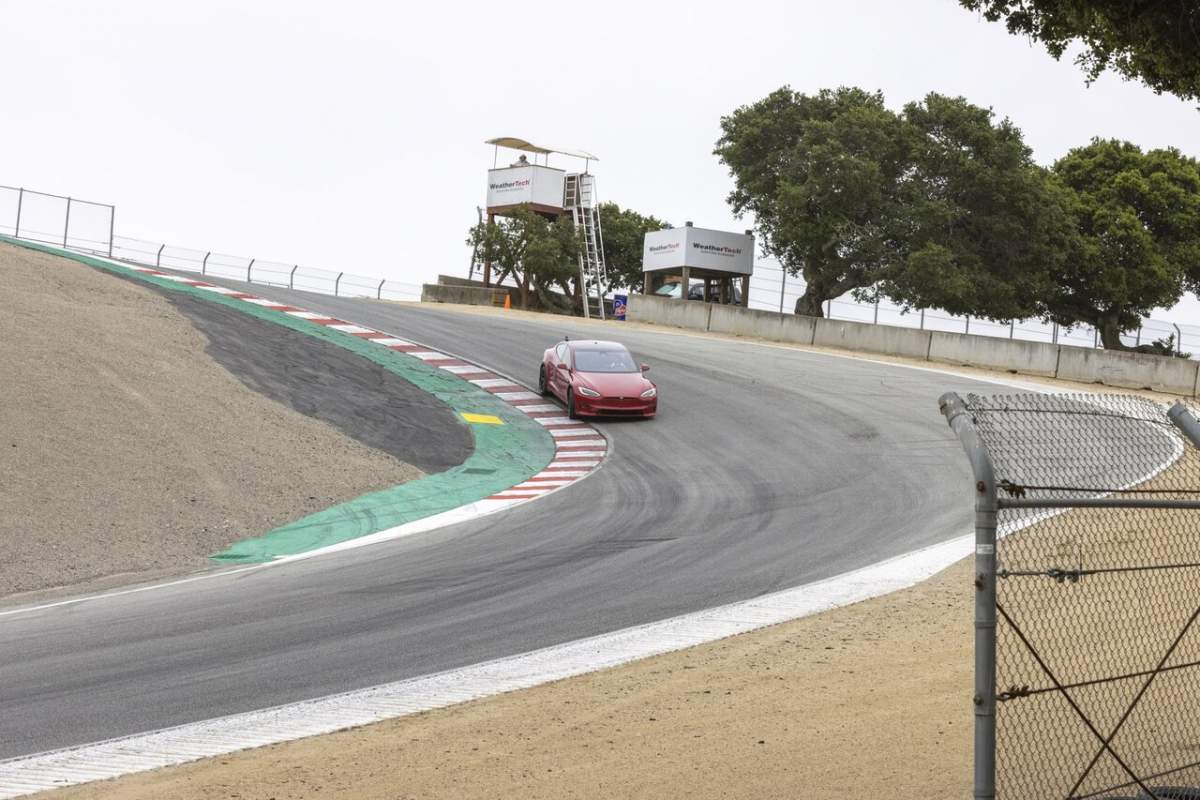 The 2021 Tesla Model S Plaid has base prices starting at $122,990, while the Plaid+ is at $153,000 before federal and state incentives. Tesla’s Autopilot autonomous driving feature is an additional $10,000 over the MSRP. The Model S Plaid is an expensive proposition, but its performance merits are clearly worth the cash (and the long wait).