Tesla Model 3 has a secret camera to watch the driver

Tesla’s Model 3 has the potential to watch you as you drive, with the automaker sneaking a driver-facing camera into the cabin. The camera, currently deactivated, could pave the way for attention monitoring during autonomous or semi-autonomous driving, though Tesla is tight-lipped as to what, exactly, it plans to do with it. Its discovery comes amid growing discussion in the auto industry as to how drivers and increasingly capable self-driving systems should divide the work – and the liability – of being on the road.

Tesla made no mention of the camera in its launch of the Model 3 last week, when the automaker delivered the first handful of cars to the initial owners. It was spotted by Elektrek, integrated up above the rear-view mirror in the pod which contains some of the front-facing cameras Tesla uses for its Autopilot system. The company confirmed to the site that it was indeed a camera rather than, say, a brightness sensor for automatically adjusting the mirror or cabin lighting. 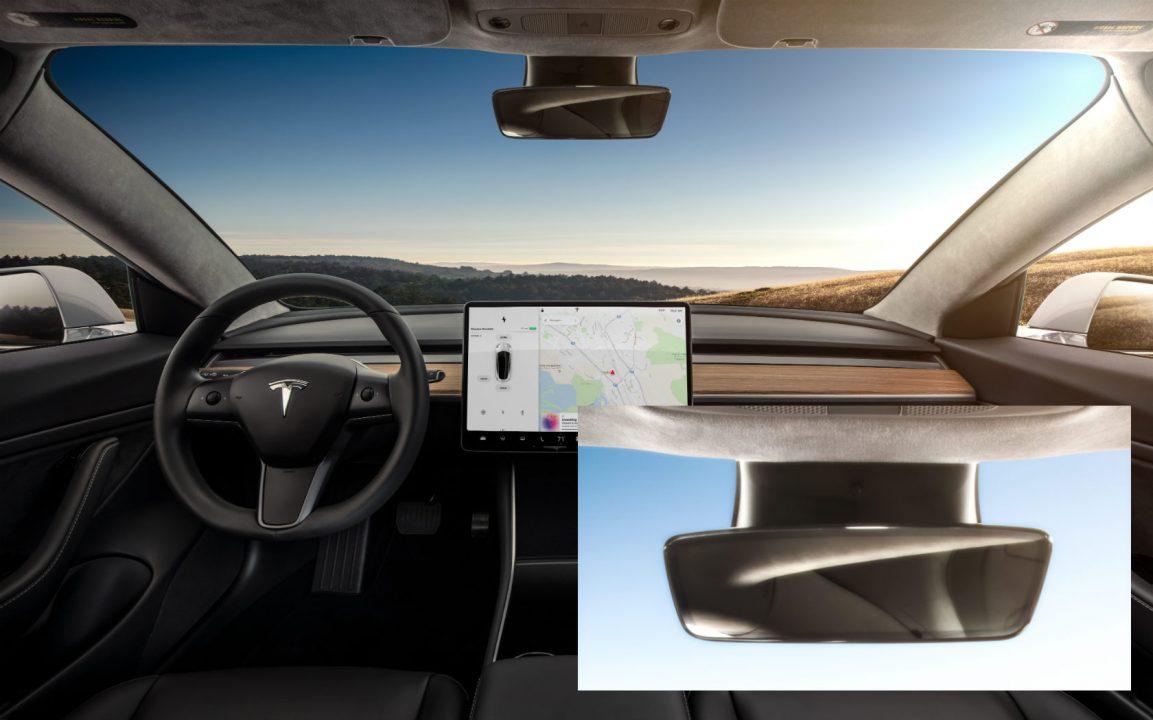 It also confirmed that, as well as including the driver in its field of view, the camera will actually cover the whole cabin and its occupants. Elektrek speculates that it could be activated as part of Tesla’s upcoming Tesla Network, where owners of the electric cars will be able to dispatch them out as autonomous taxis when they’re not needed. Being able to review what happened in the case of an accident or when damage occurs, for instance, might be essential for putting owners’ minds at risk since, unlike with Uber or Lyft, they won’t be present in the vehicle themselves.

However it also seems likely that the camera will be instrumental in managing attention during semi-autonomous and – eventually – fully autonomous driving. Currently, most driver assistance systems rely on periodic contact or torque on the steering wheel in order to reassure the car that the driver is still aware of what’s going on around them. Cadillac will buck that trend with the Super Cruise system, expected to be offered as an option on the CT6 later this year; as we found when we tested it out ourselves, the camera installed above the steering wheel tracks where the driver is looking, and flashes warning lights if they’re not deemed sufficiently involved and ready to take over should the situation demand it.

Managing attention has long been a point of concern for automotive regulators, but cars that are smarter about taking on the more mundane stretches of road have accelerated those worries. Back in 2016, NHTSA research suggested the magic bullet on nudging drivers to stay involved still hadn’t been found, and warned that “operators may have somewhat calibrated their trust to the capabilities of the automation” only to come in for a surprise later on when the reality didn’t live up to their expectations.

Currently, Tesla does not offer full autonomous support on its cars, though Elon Musk notoriously promised that Level 4 self-driving would be possible with the suite of sensors included as part of the second-generation Autopilot AP2 system. Enhanced Autopilot is a $5,000 upgrade on the Model 3, while full self-driving will, when available, cost $3,000 the automaker said. Interestingly, neither the Model S nor the Model X currently have an internal camera like that in the Model 3, it’s been confirmed to SlashGear.