TCL plans to launch the TCL Wearable Display this year, a high-tech pair of sunglasses that also work as a virtual TV for private viewing. The company – better known for its full-sized TVs and its range of smartphones – previewed the idea at CES last year with Project Archery, though now the concept is graduating to a full commercial product.

Unlike smart glasses which promise to blend the real world with the digital, Project Archery’s goal was a little more achievable. Its twin displays – one for each eye – could replicate the experience of watching a much larger screen, but with portability for using on a plane, in small apartments, or indeed anywhere that you might not want others to overlook what you were viewing. 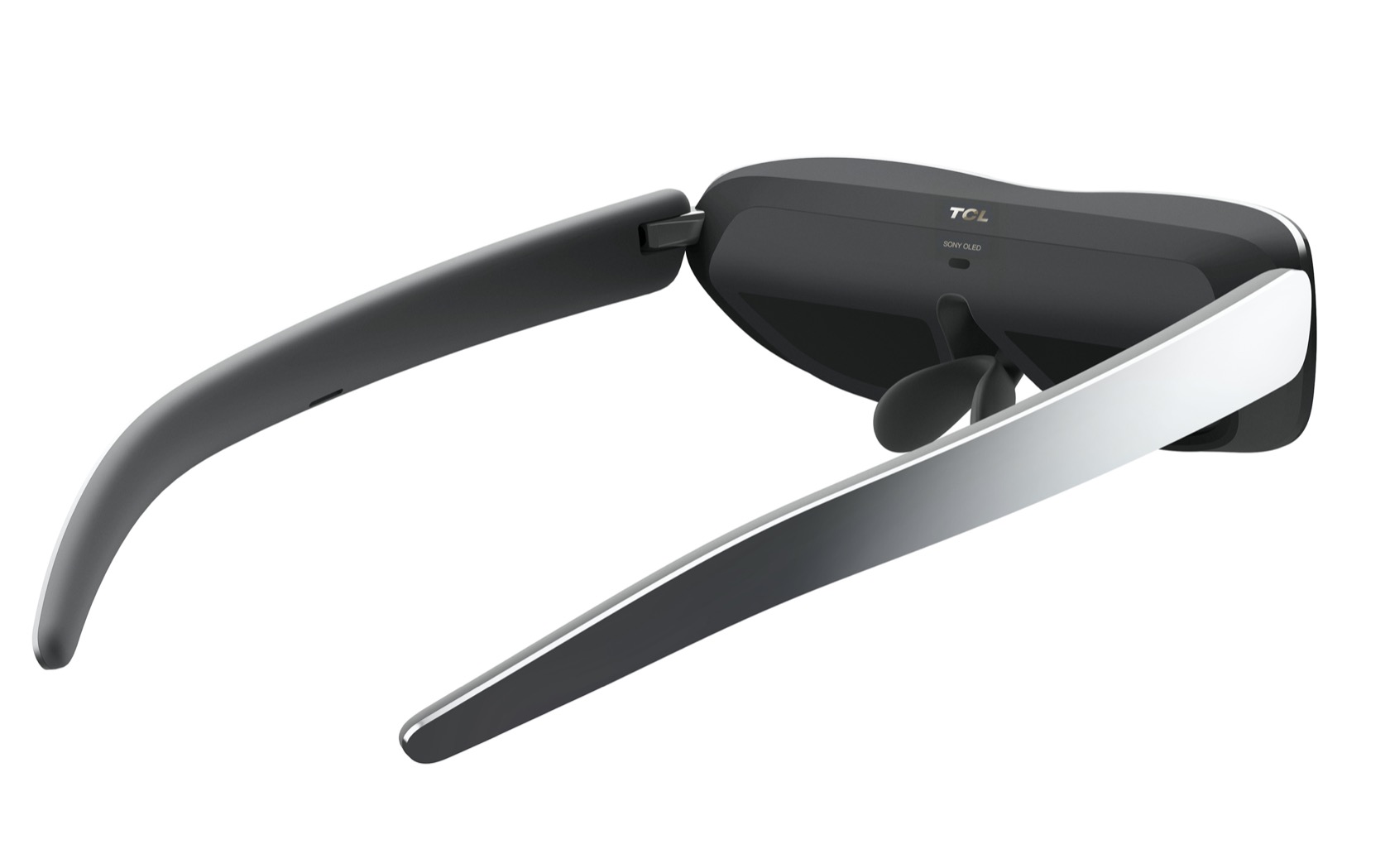 TCL Wearable Display takes that idea and makes a device out of it. Inside there are two Full HD 1080p micro OLED panels from Sony, which together add up to the experience of a 140-degree inch view from 4 meters away.

Connected via USB Type-C, whether to a smartphone, tablet, laptop, or other source, and you basically have a wearable 1080p screen. It’ll work with games consoles, too, and the sunglasses-styled design shouldn’t block your peripheral vision either. TCL says the Wearable Display will go on sale later this year, albeit only in “select markets”; pricing will be confirmed closer to launch.

Joining the increasingly crowded arena of active noise cancelling earbuds, the TCL MOVEAUDIO S600 are expected to fall at the more affordable end of the scale when they go on sale in February. Priced at 149 euro ($173), they have ANC along with a transparency mode, with Bluetooth 5.0 connectivity to your phone, and auto-pause when you take one or both out of your ears. 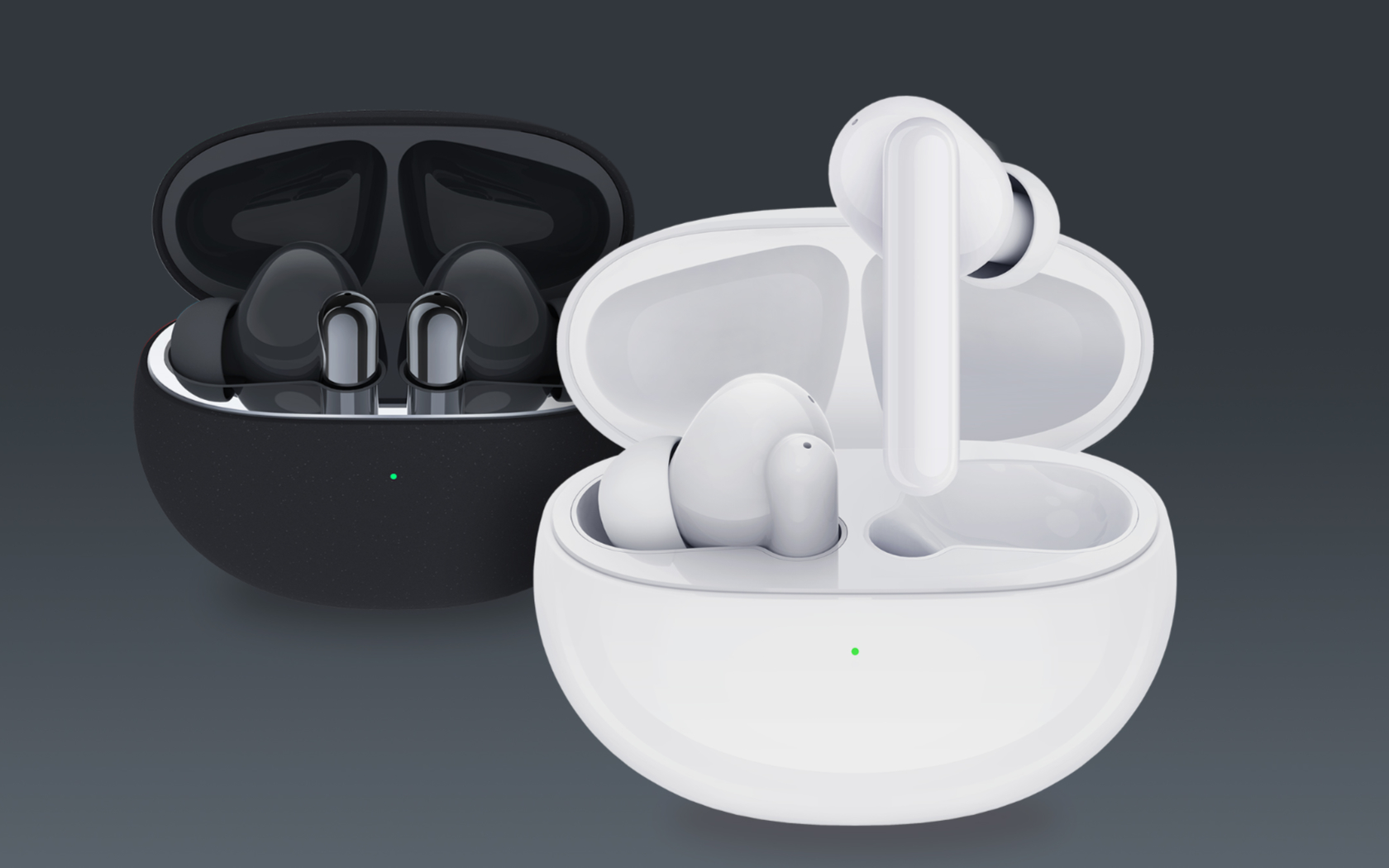 Controls on the earbuds themselves adjust ANC and can be used to trigger the Google Assistant, along with skipping through tracks and answering or ending calls. TCL says that the battery is good for up to 8 hours, with the charging case having 32 hours of extra battery to share. The buds are also IP54 water, sweat, and dust resistant. 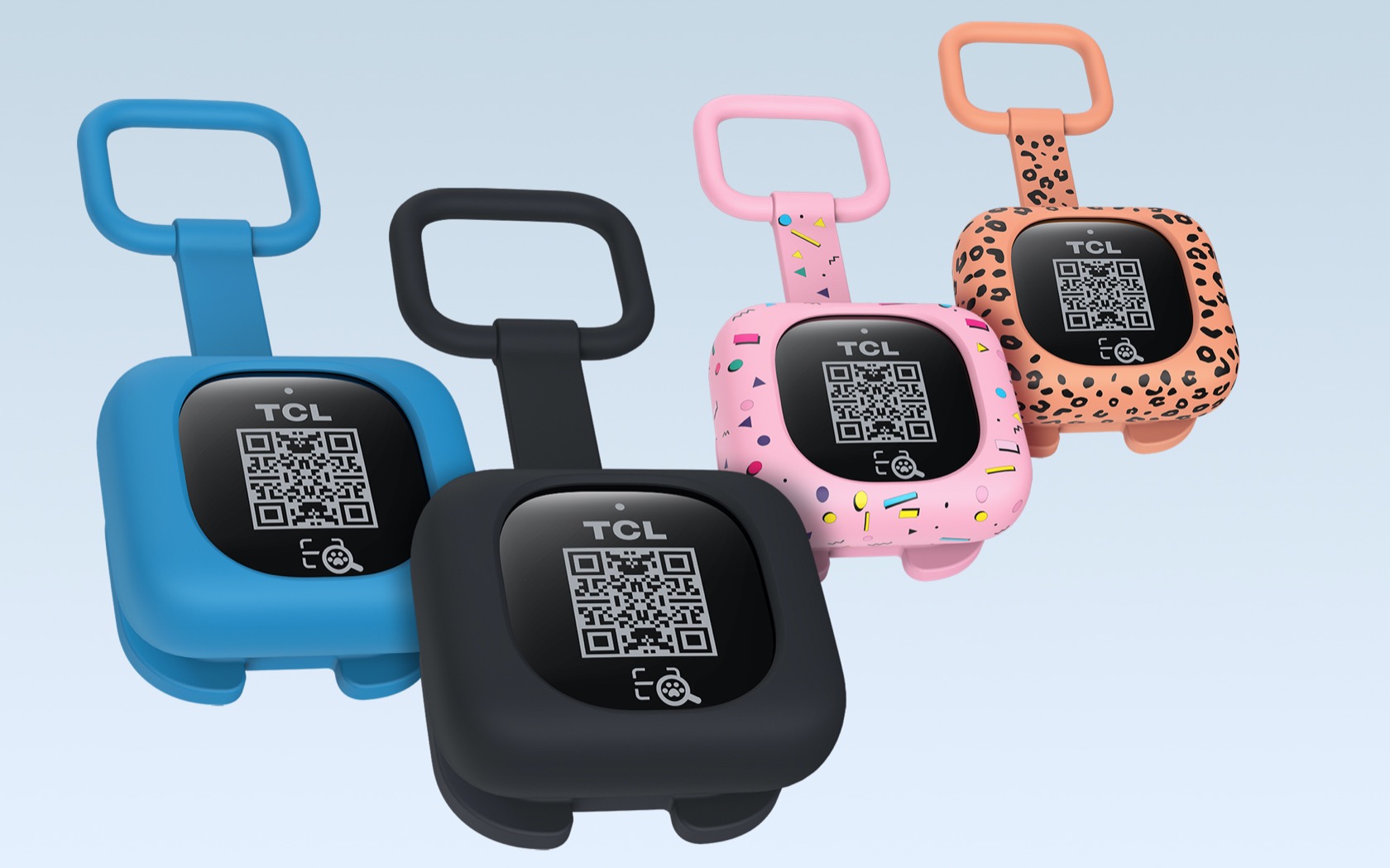 Final announcement from TCL’s connected device range is the MOVETRACK pet tracker. Set to launch this spring, priced at 99 euro ($115), it’s designed to clip to a dog’s collar and then use GPS, WiFi and Bluetooth for location tracking. 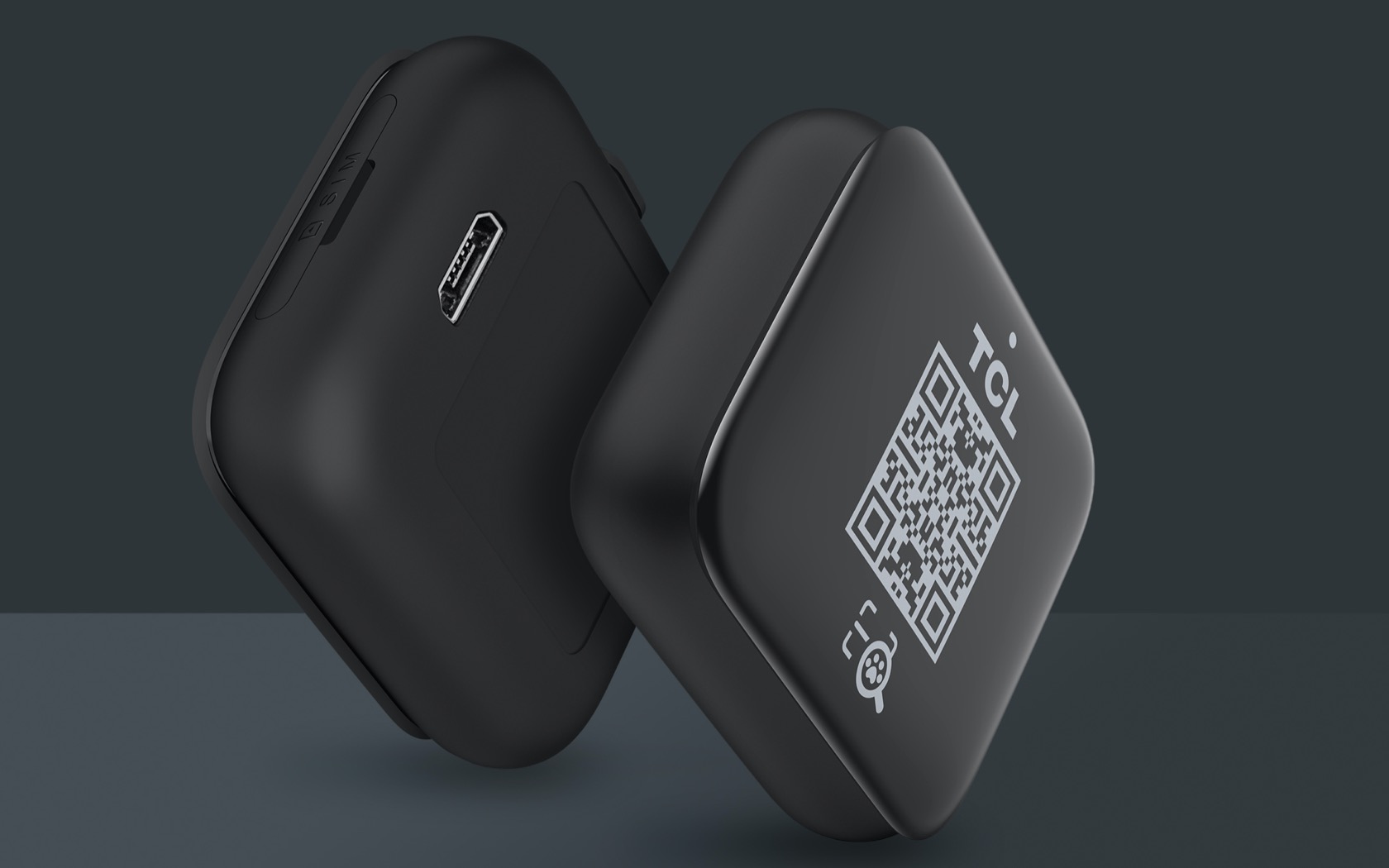 A “virtual leash” will notify a connected smartphone if the MOVETRACK strays more than 10 meters away. Customizable safe zones, meanwhile, can be configured, with alerts for when a dog moves beyond those limits. A QR code on the tracker itself links to ownership information, should someone else find the pet. 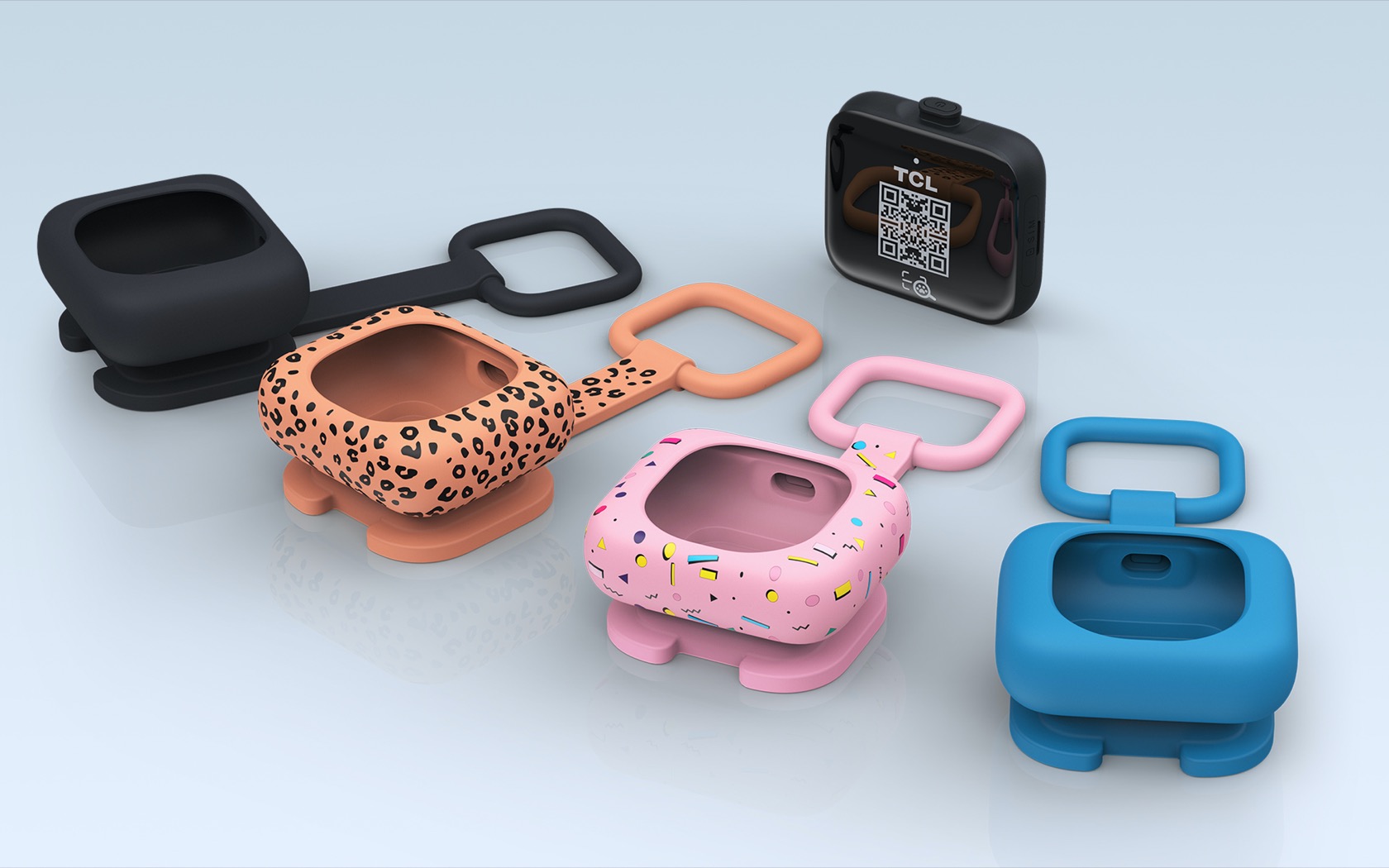 The MOVETRACK is IP67 rated for water and dust resistance, and it has an LED that can be remotely activated too. TCL says battery life is up to 14 days of standby between charges, and it’ll work as an activity tracker as well. It’ll be offered in three colors.