TCL isn’t just bringing affordable Android phones and a foldable prototype to CES 2020: the company also has another concept device that aims to deliver your video and gaming content more privately. TCL Project Archery was previewed back at IFA 2019, a wearable display promising the equivalent of a 100-inch TV viewed from across the room.

Problem was, TCL execs concede now, the first-generation design for Project Archery had some problems. Most conspicuously, it simply wasn’t all that comfortable to wear. TCL had opted for a sunglasses-like design, but even without a battery or processor onboard, it just didn’t sit well on the face for extended use. 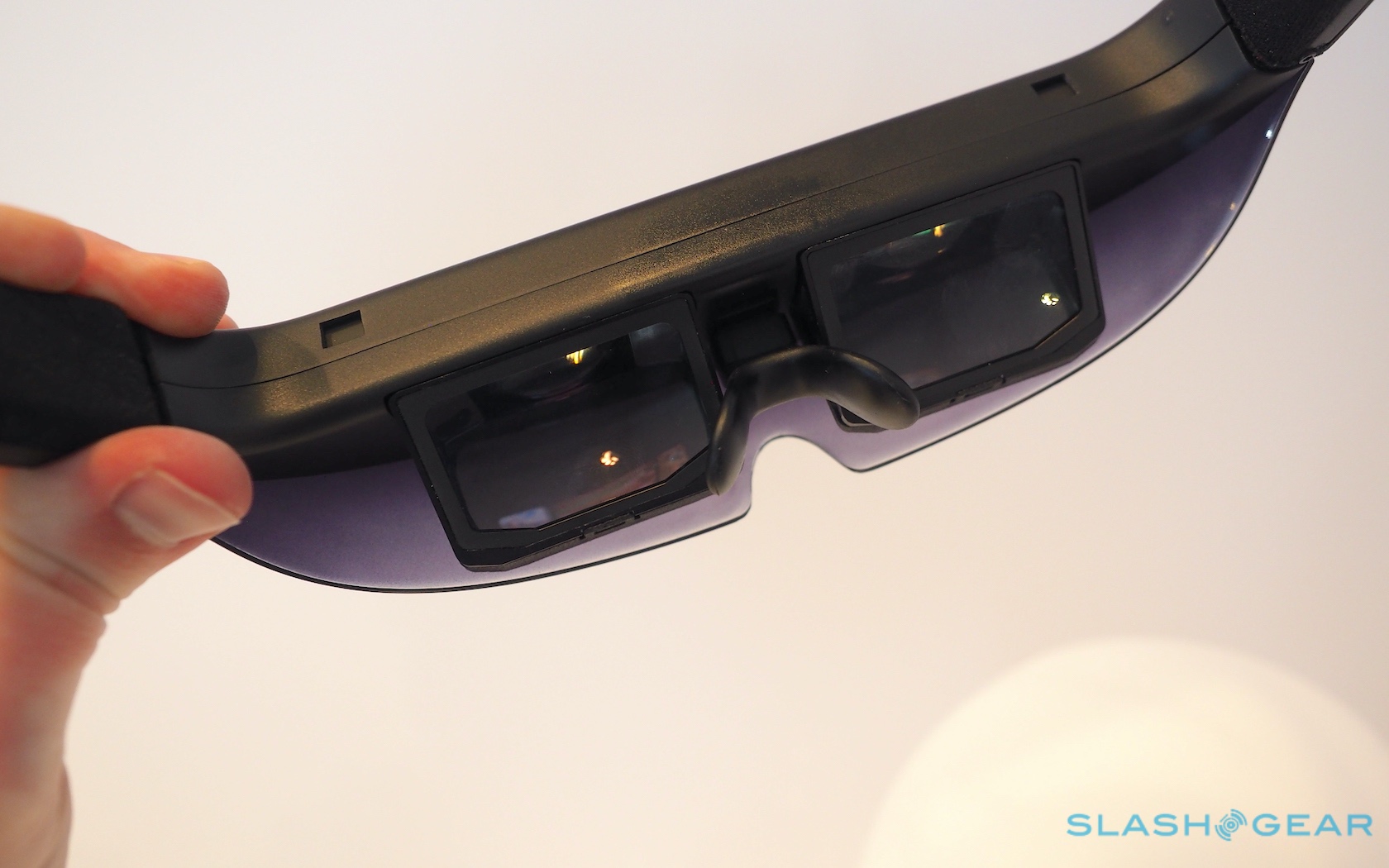 Welcome, then, Project Archery 2.0. The same concept – twin micro OLED displays, each running at Full HD resolution, behind polarized sunglasses lenses – but now with a new design that should be more comfortable. It’s a full headband, with a tightening knob at the back that, as you turn it, ratchets the band around your head.

Bulkier, yes, but more comfortable too. It should also be more stable in how it sits on your head as well, which is important since you navigate through Project Archery 2.0’s menus using head gestures. Moving your head around moves a virtual cursor; if you pause over a control, after a few second that’s automatically activated. 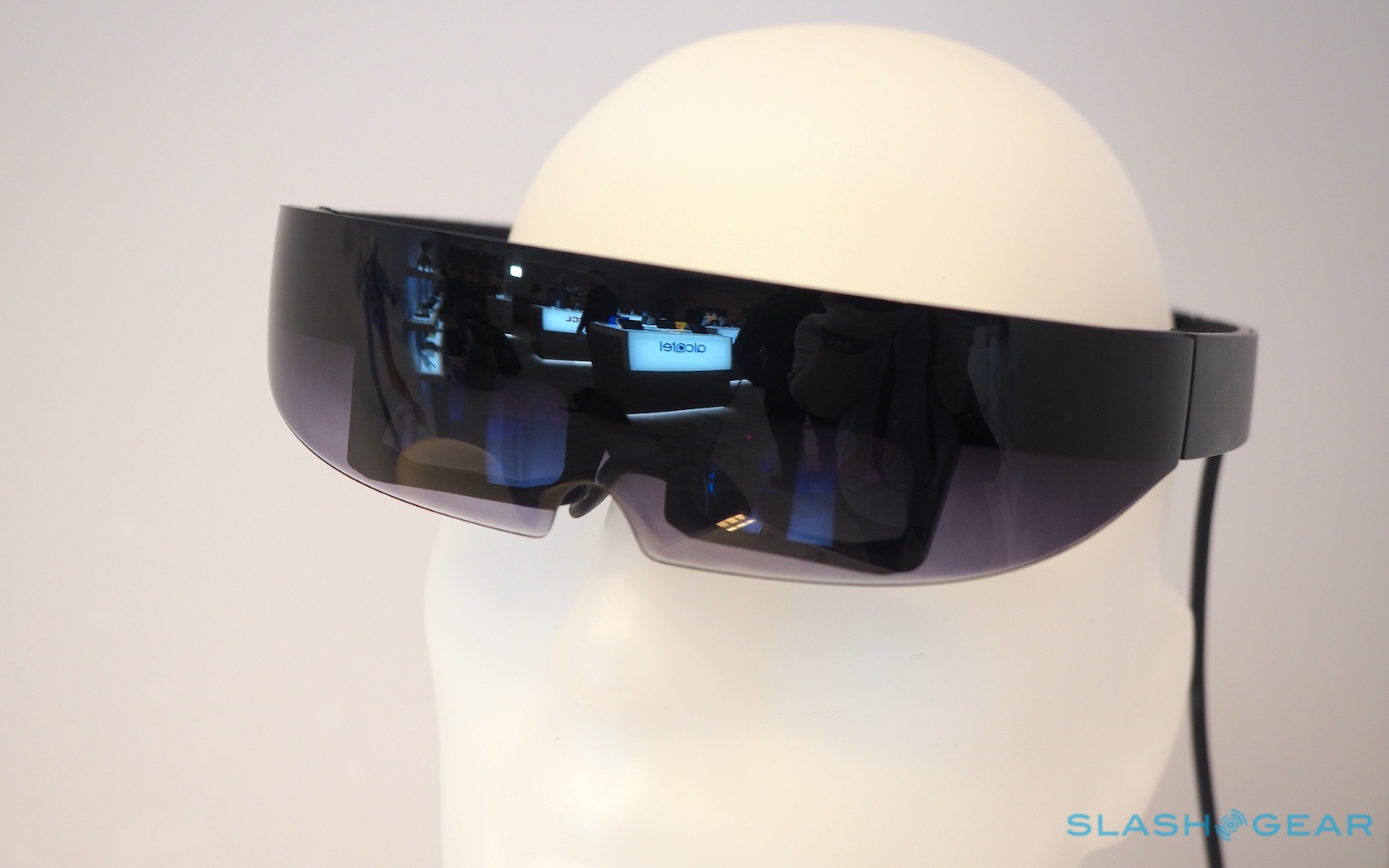 Paired with a simple gallery-style interface for videos and – eventually – games, it makes for a relatively hands-off experience. Your phone is still supplying processing power, media, and battery, but you can leave it in your pocket and just use TCL’s head gesture tracking to interact with the interface.

Speakers in the sides are included, or you can pair Bluetooth headphones or plug in a wired headset for more private listening. Probably something that would be appreciated if you’re on a flight. TCL is also envisaging some degree of voice control, potentially through assistants like Amazon Alexa and the Google Assistant. 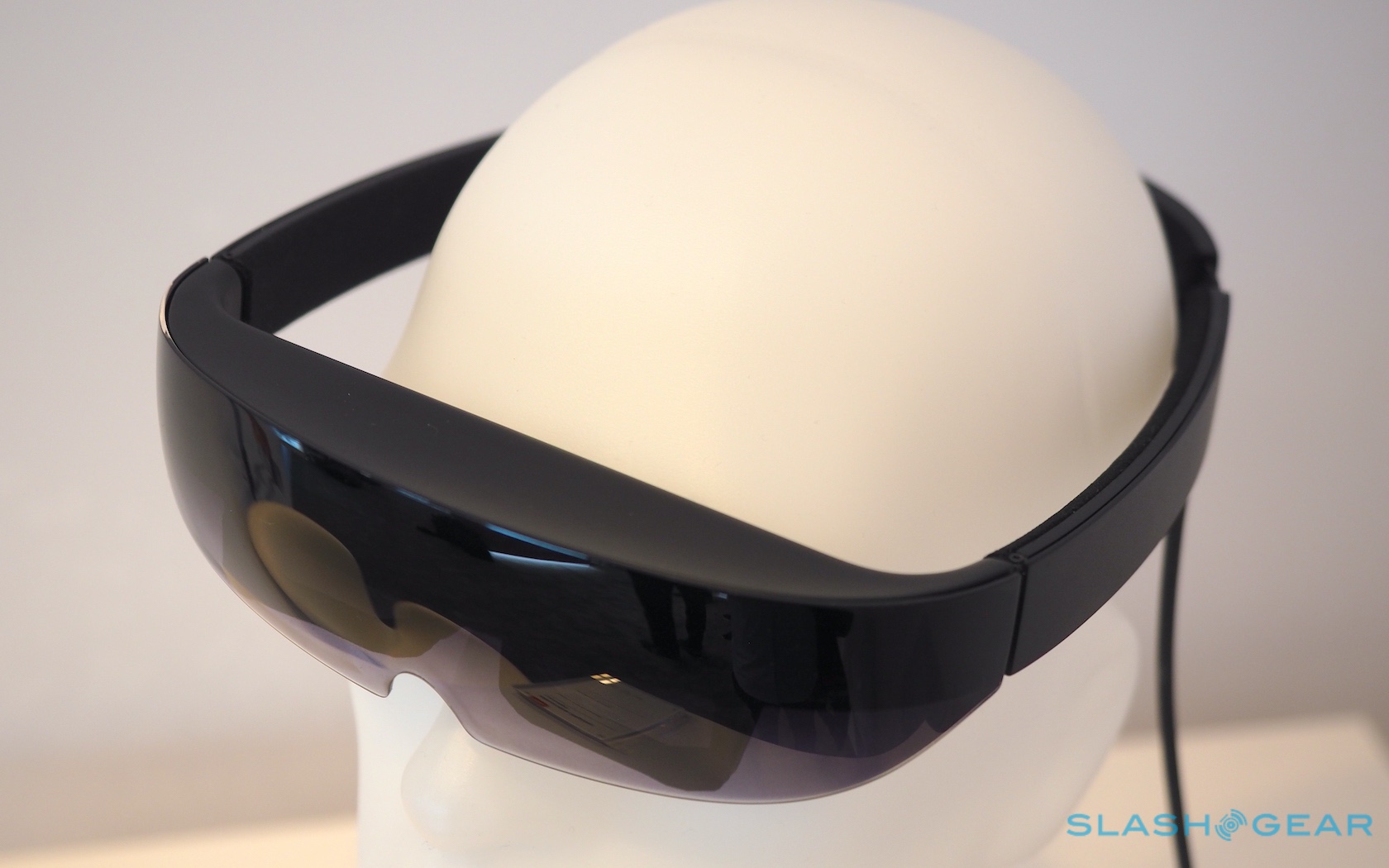 It’s not exactly a new idea. Vuzix may be busy making augmented reality glasses these days, but the company started out building “personal video eyewear“: headsets that gave the impression you were watching a big-screen TV from across the room. LG returned to the idea with the G5 back in 2016, with its video headset accessory. 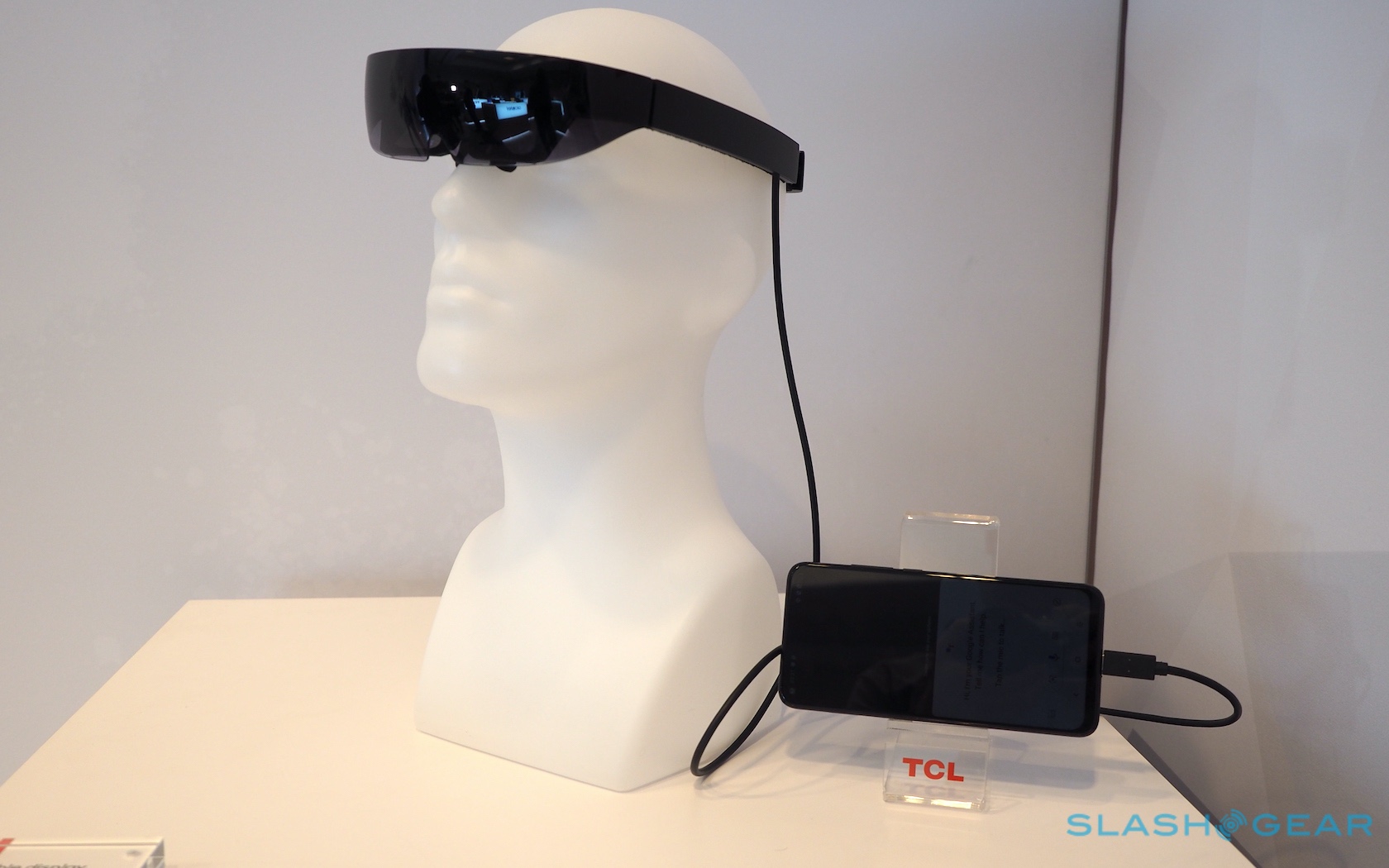 What it’ll likely hinge on, then, is price. TCL isn’t saying quite what it has in mind for any production version of Project Archery 2.0, though given its new flagship TCL 10-Series phones all start at under $500 it probably couldn’t get away with charging too much for an accessory. Making things easier on that front is the fact that, despite the appearance, this isn’t virtual reality or augmented reality. While you can see a darkened view of the real world around the edges of the virtual big-screen, the digital doesn’t interact with the real.

TCL says that gaming is still an area it would like to explore with the headset, though exactly how that would work is yet to be confirmed. Think more along the lines of using your phone as a controller, and simply using Project Archery 2.0 as a “bigger” display.