TCL is aggressively carving out a niche for itself among affordable Android phones that don’t force compromise on display, camera, or design, and three new additions to the 20 Series today suggest that strategy isn’t going anywhere. The TCL 20 Pro 5G leads the charge, championing the company’s homegrown OLED and throwing in some styling details that rivals like Samsung don’t seem to be able to manage.

The panel is a 6.67-inch FHD+ curved AMOLED screen, with NXTVISION 2.0 and a dedicated display engine. TCL is particularly proud of it, too, and the way it borrows tech from the company’s TV range among other things. There’s real-time SDR to HDR upscaling, for example, along with AI Visual Enhancement that can distinguish between day and night in scenes and adjust things like color, sharpness, and contrast to suit. 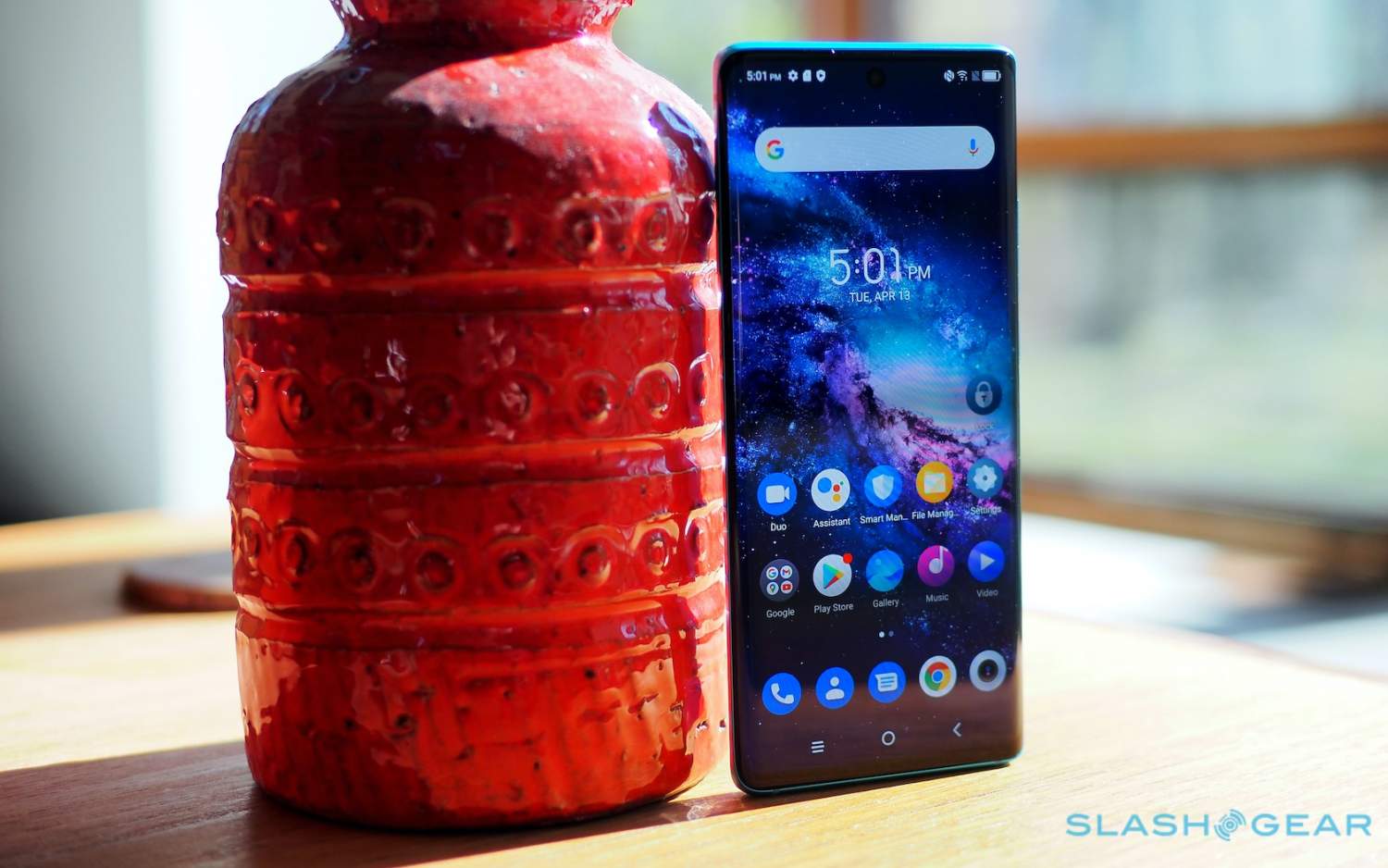 True Flesh Tone, meanwhile, differentiates between people and the background behind them, enhancing the latter without spoiling skin tones. Meanwhile, the panel curves around a sturdy frame, with an unexpectedly smooth – and, in Marine Blue finish at least, colorful – rear panel. That has nanometer-etched circular lines, TCL says, which give it a prismatic, almost iridescent finish that looks like something you’d find on much more expensive devices. There’s a more sober Moondust Gray version if you’re not feeling so showy. 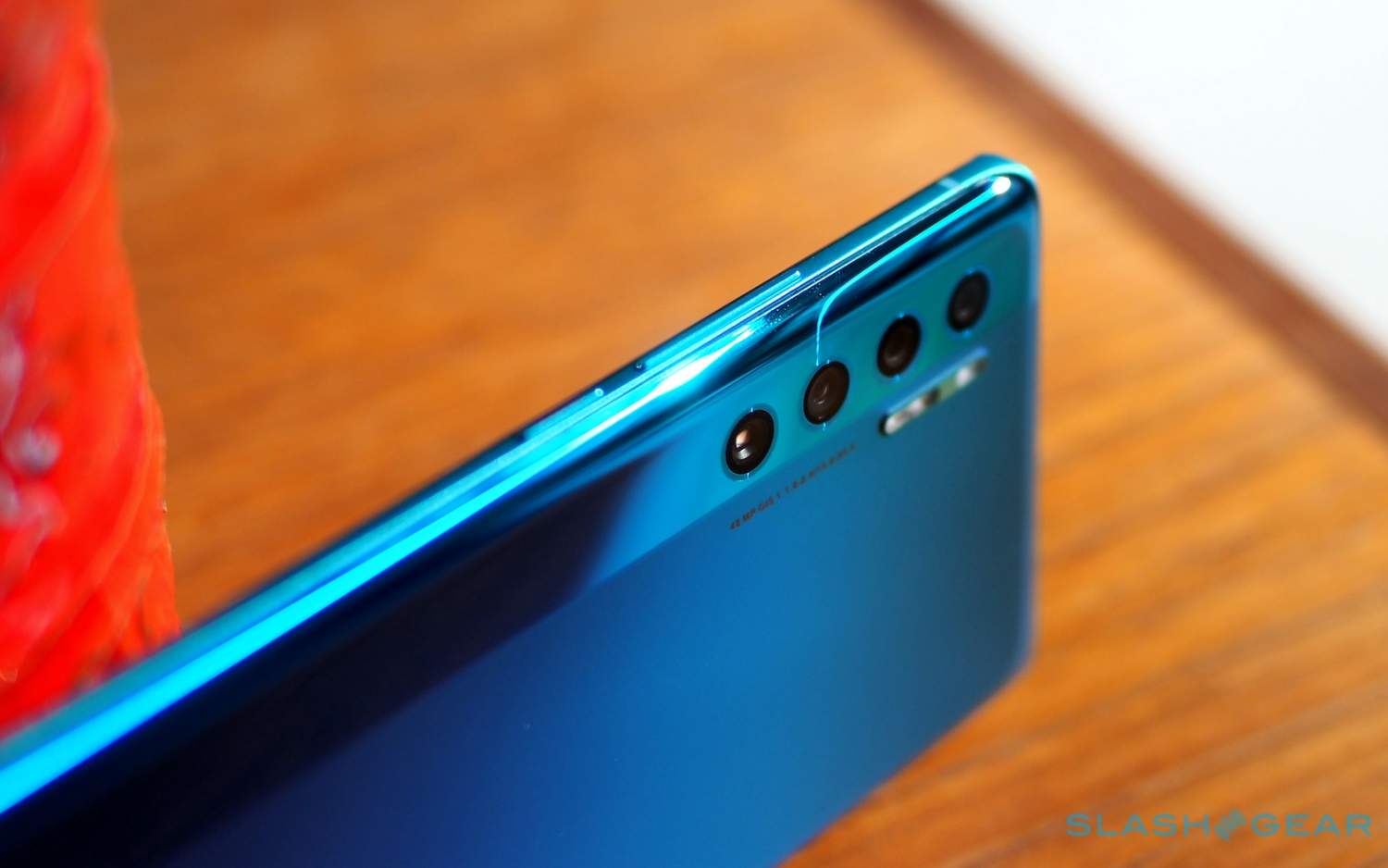 The other big surprise to the rear panel is that there’s no camera bump. The TCL 20 Pro 5G has four cameras, but they’re all fared inside the handset. However the company insists that it didn’t compromise on sensors to achieve that flush finish. 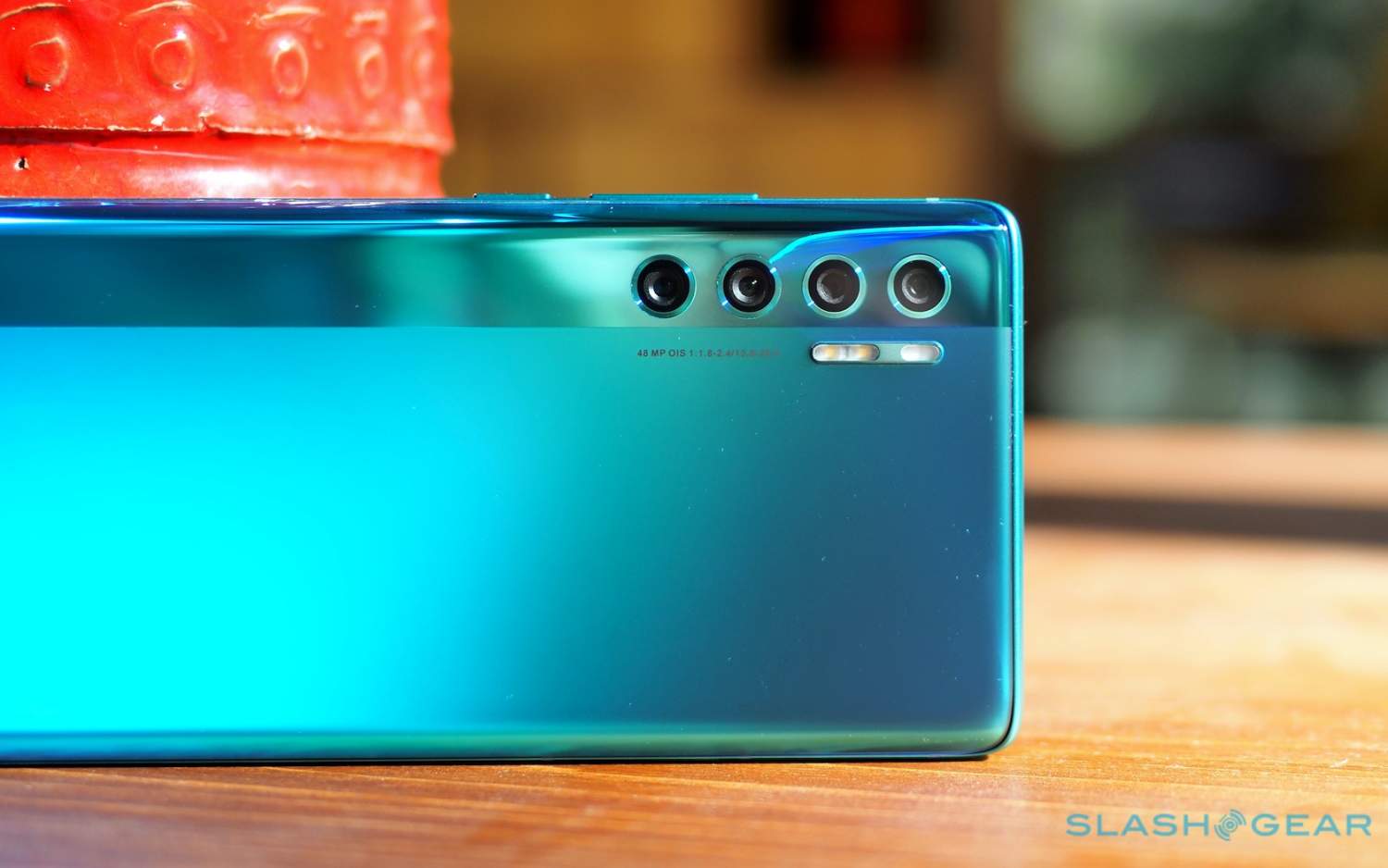 Indeed according to Stefan Streit, GM of Global Marketing at TCL, photography was a particular area of focus this time around, given feedback on the TCL 10 Pro. Owners and reviewers liked the design, the display, and the overall value, Streit explained to me, but the cameras were “just okay.” 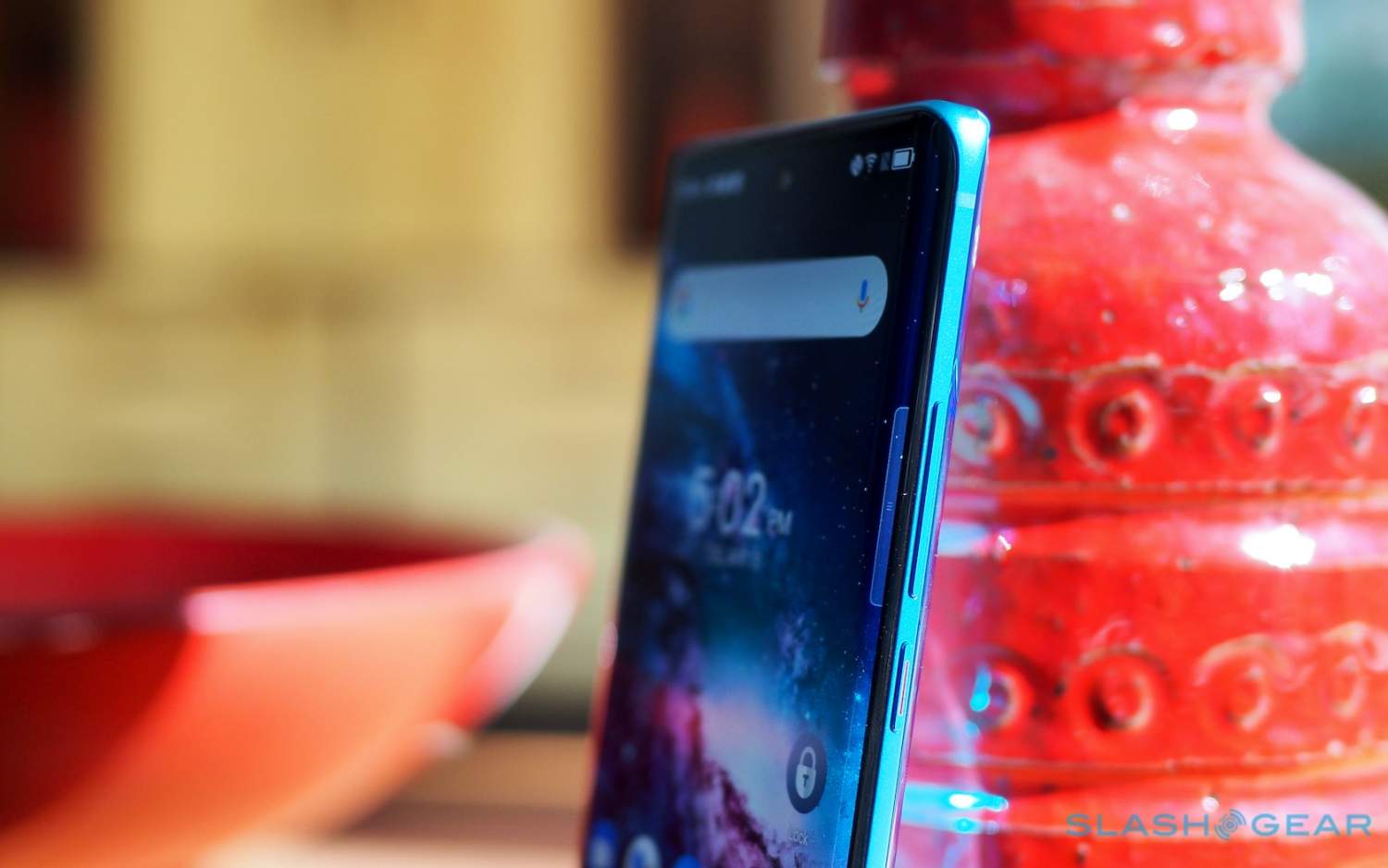 For the 20 Pro 5G, TCL opted for a 48-megapixel Sony IMX582 sensor for the primary f/1.79 wide camera, complete with optical image stabilization and PDAF. It’s alongside a 16-megapixel f/2.4 ultra-wide, a 5-megapixel macro, and a 2-megapixel bokeh, while a 13-megapixel selfie camera points through the hole punch display. You can shoot up to 4K/30fps video with both the front and rear cameras, and HDR video is supported too. TCL is boasting a 2x lossless zoom and 10x digital zoom, too. 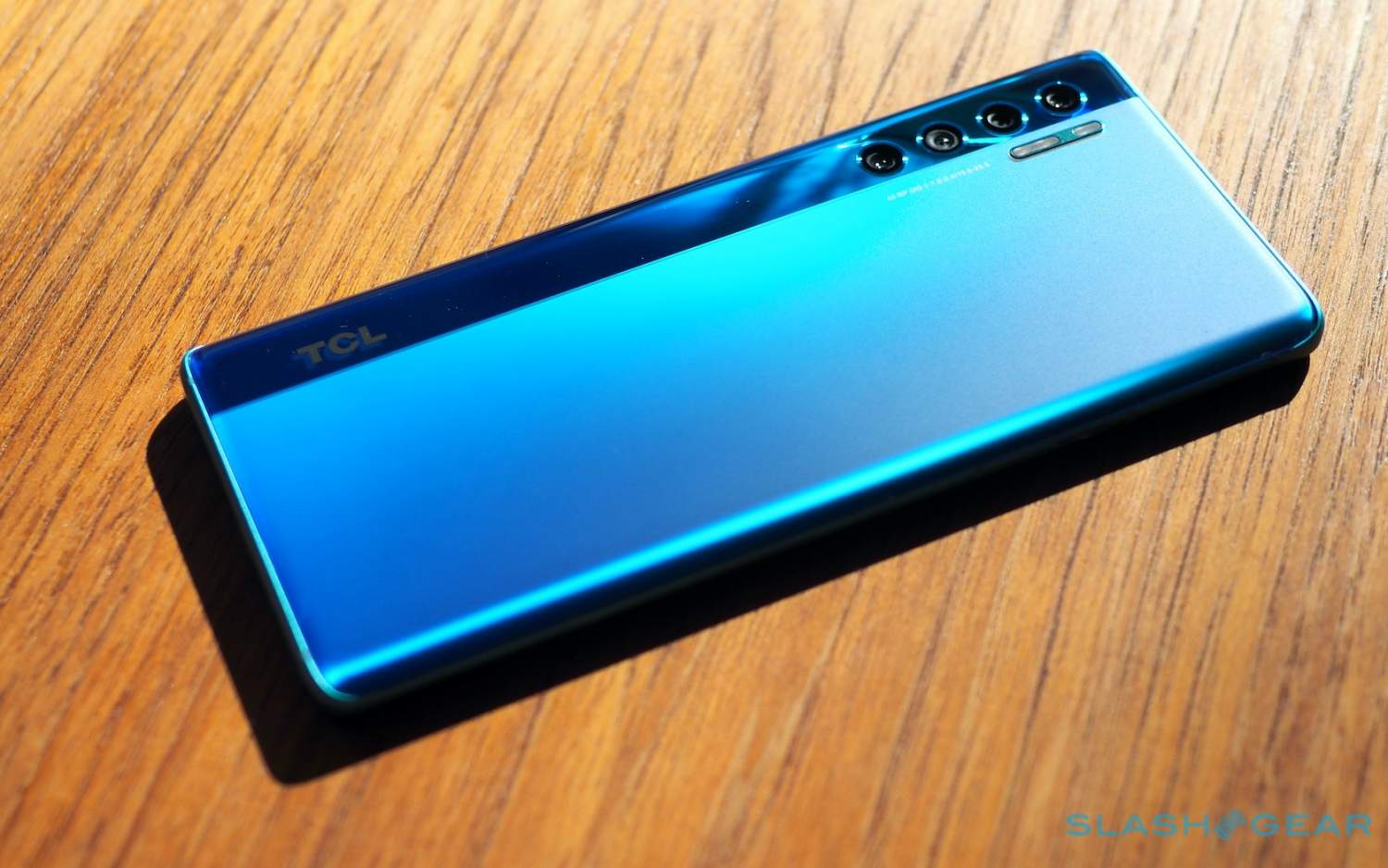 As you’d expect there are all the usual camera modes, including Super Night Mode, bokeh for both stills and video, and slow-motion. Just how well they all come together, we’ll have to wait and see, but certainly the hardware all seems to be there.

The same could be said for the processor. TCL has used Qualcomm’s Snapdragon 750G 5G, paired with 6GB of memory and 256GB of storage. There’s also support for up to 1TB microSD cards, an in-display fingerprint sensor, WiFi 802.11ac and Bluetooth 5.1 (with support for up to four Bluetooth audio devices connected simultaneously). You even get a 3.5mm headphone jack still. 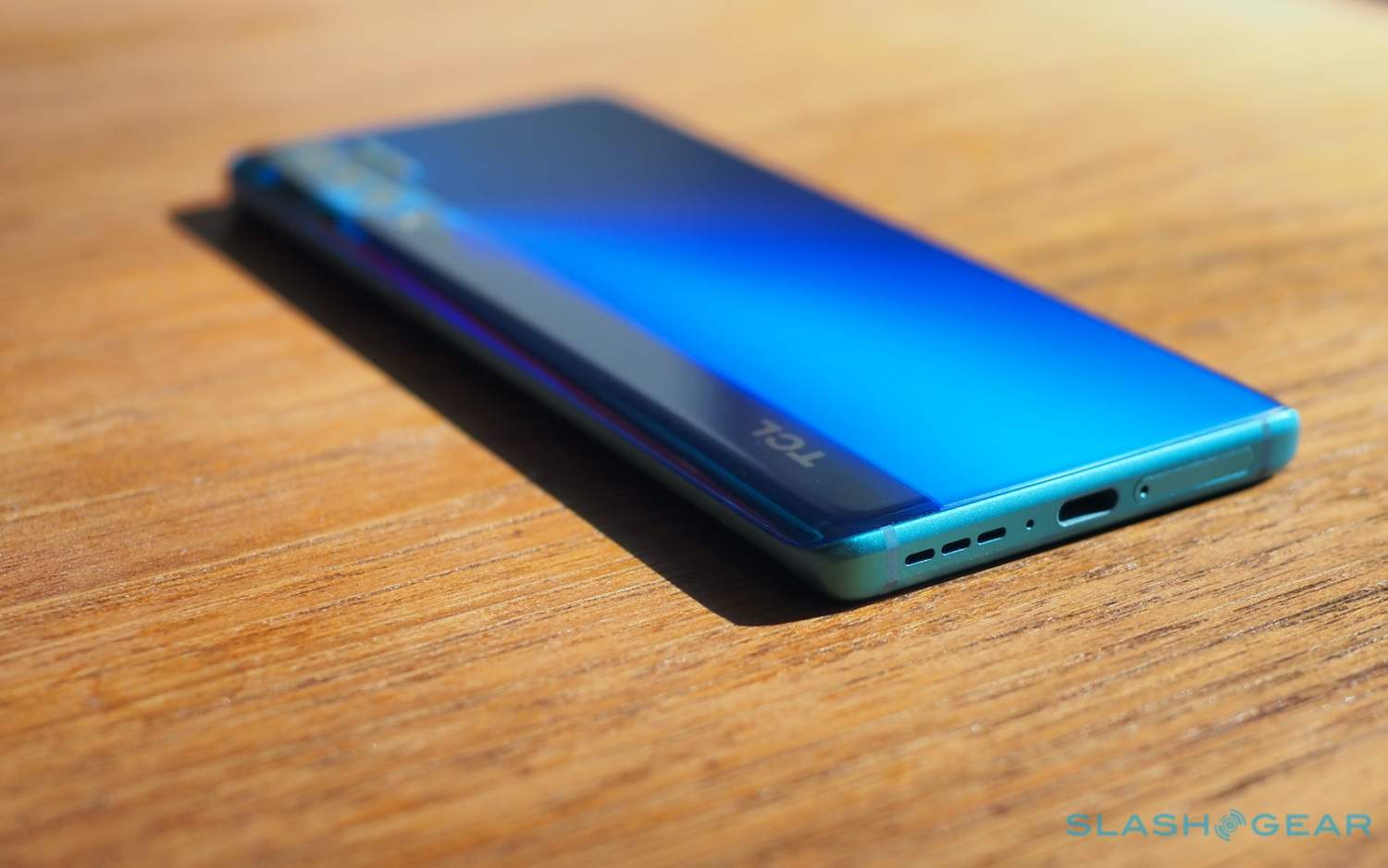 A 4,500 mAh battery supports up to 18W wired fast charging via USB-C or, for the first time on a TCL device, up to 15W wireless charging.

When it goes on sale in Europe – starting with Portugal and Italy – and the UK from April 15, it’ll be priced at 549 euro. TCL hasn’t said how much the 20 Pro 5G will be when it arrives in North America – which we’re expecting to happen sooner rather than later – but if the company can deliver all this for under $500-600 it could have a worthy hit on its hands. 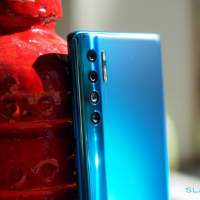 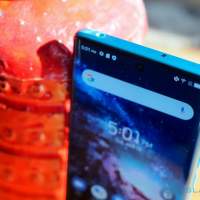 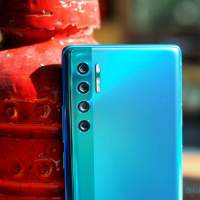 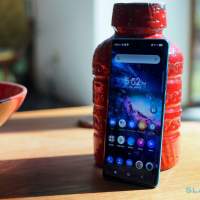 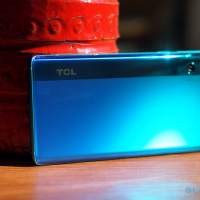 Midrange in the expanded 20 Series is the TCL 20L+ – and its North America-specific TCL 20S variant – sharing some of the sparkle of its 5G sibling but with pared back specifications to hit a 269 euro price tag in Europe. It has a flat 6.67-inch FHD+ screen and uses a Snapdragon 662 chipset with 6GB of memory and 256GB of storage. 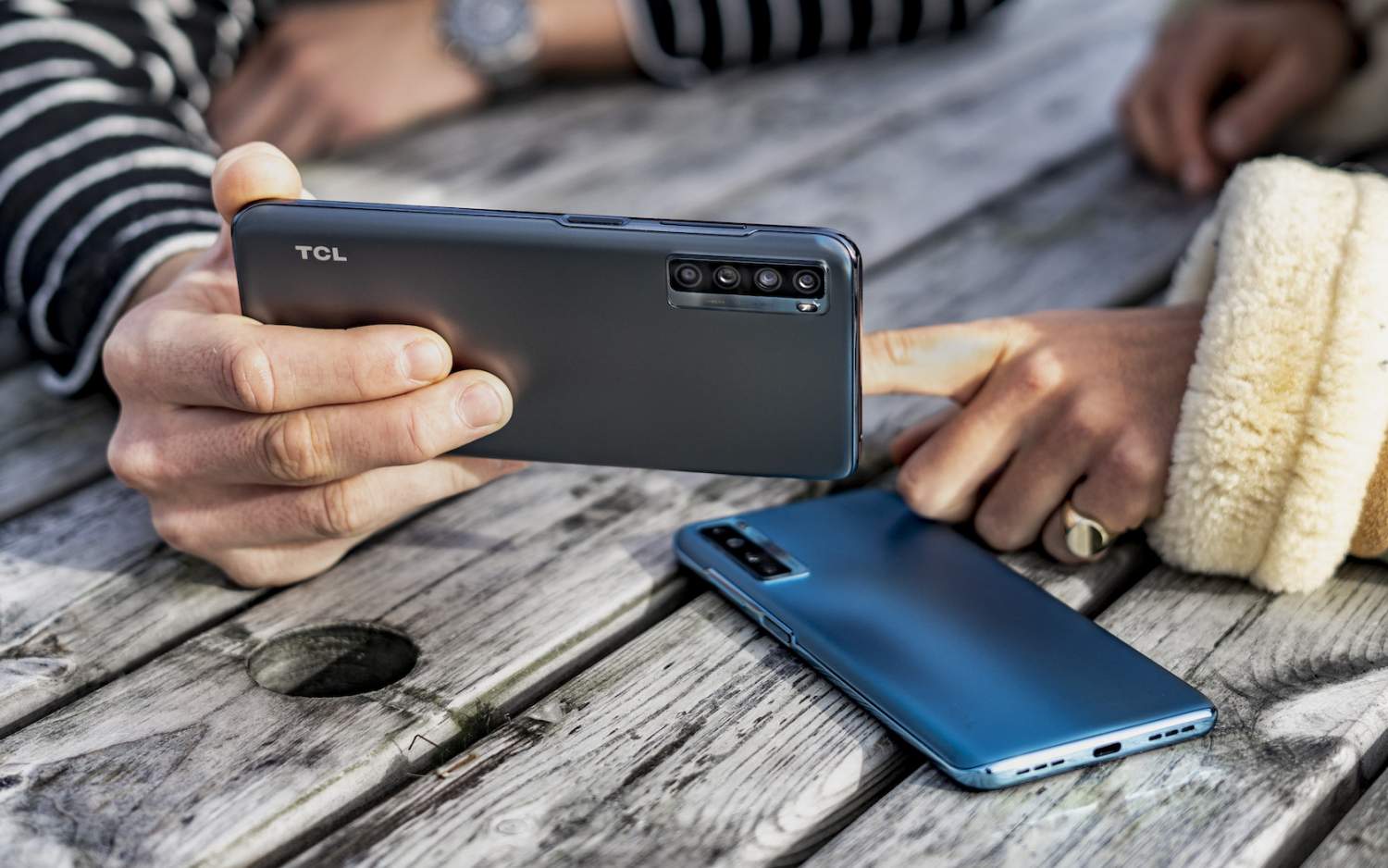 You still get microSD support, and an even larger battery at 5,000 mAh, though no wireless charging behind the scratch-resistant matte finish rear. For cameras, there’s a 64-megapixel wide, 8-megapixel ultra-wide, 2-megapixel macro, and 2-megapixel depth; the 20L+/20S will shoot up to 1080p/60 video and there’s 2x lossless zoom and HDR support. A Super Night Mode promises to boost ambient brightness up to threefold, and there’s a nw Backlight Selfie mode that TCL claims can avoid washed-out photos with bright backgrounds. 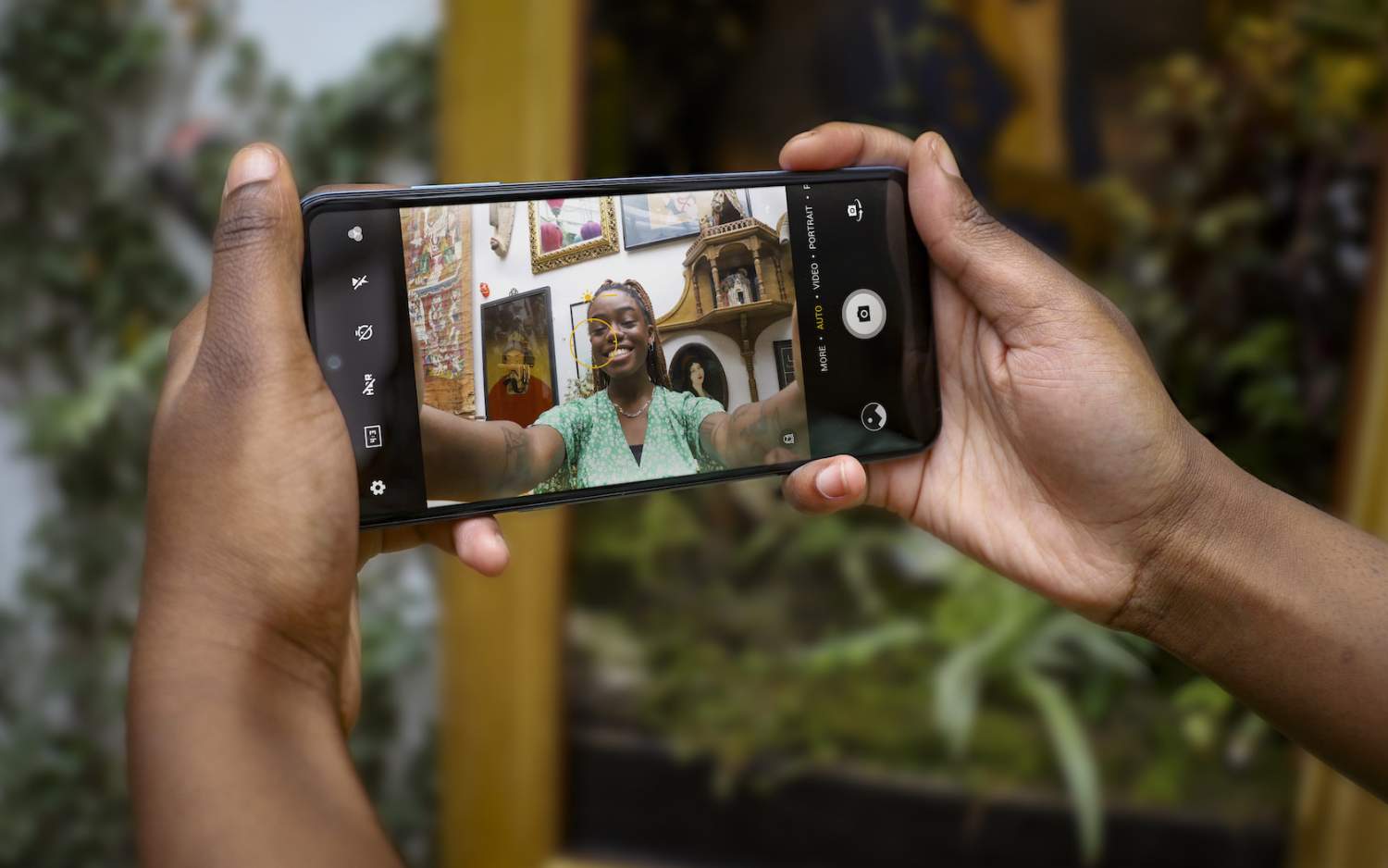 No 5G, with this model instead topping out at 4G LTE. The TCL 20S coming to North America will have minor styling details and a different – so far unnamed – chipset, with LTE speed enhancements to suit North American networks. 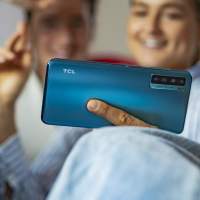 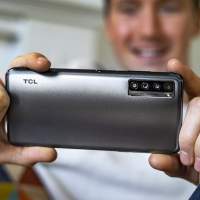 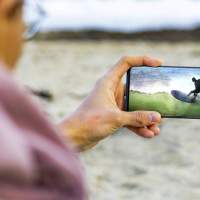 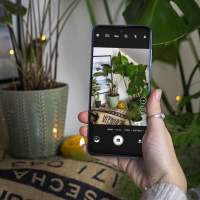 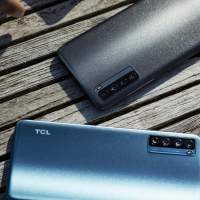 Set to be the most affordable of the three new 20 Series additions, the TCL 20L will be just 229 euro ($266) when it goes on sale imminently. Despite that you still get a 6.67-inch FHD+ display, 5,000 mAh battery, and four cameras on the back. There’s a 48-megapixel wide, 8-megapixel ultra-wide, 2-megapixel depth, and 2-megapixel macro cameras; the front gets a 16-megapixel selfie camera, and both front and rear can shoot up to 1080p video. 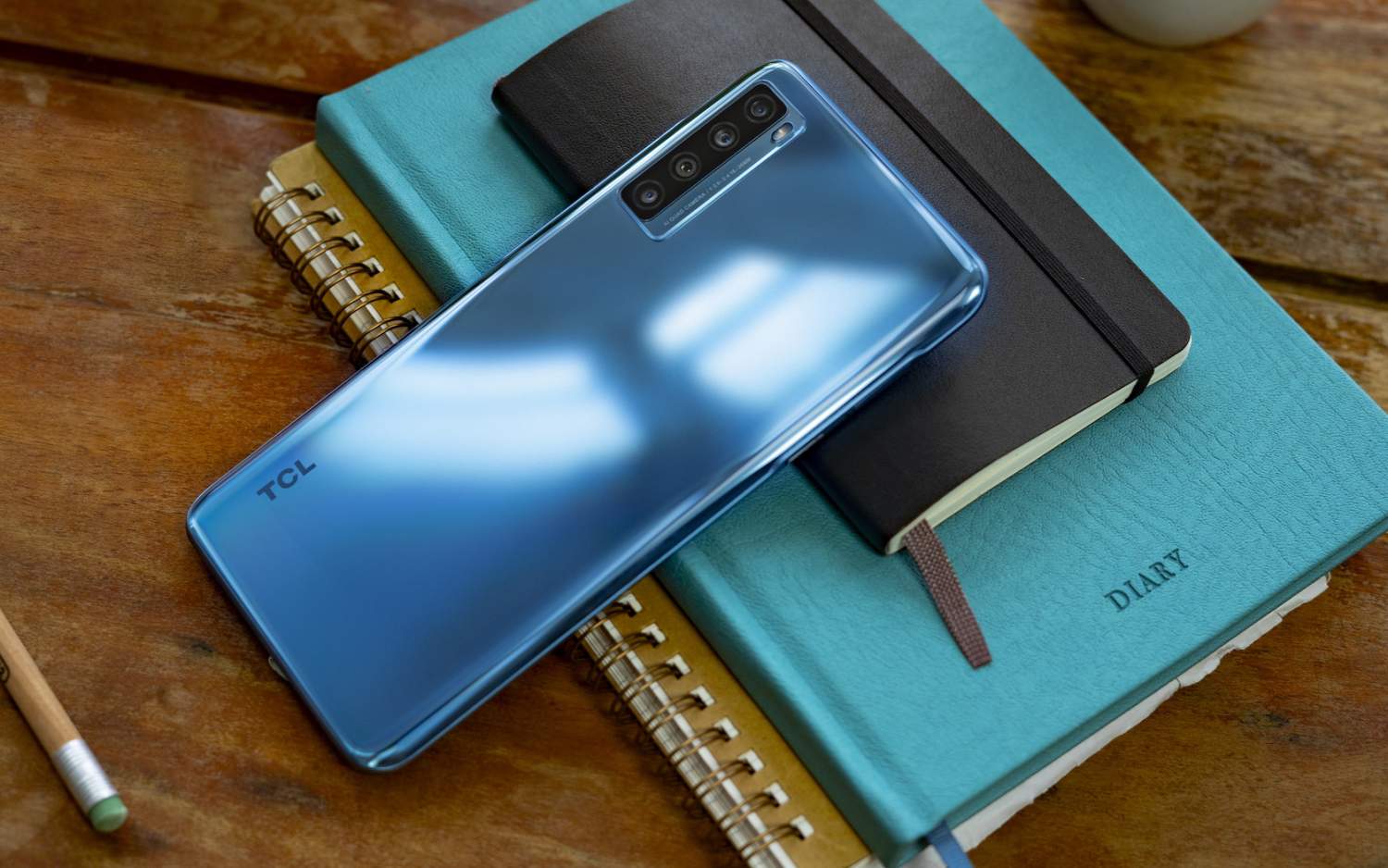 Inside there’s a Snapdragon 662 chipset running Android 11. You still get a side-mounted fingerprint sensor, either 4GB or 6GB of memory, and 128GB of storage, with a microSD slot for up to 1TB cards. There’s WiFi 802.11ac, Bluetooth 5.0 – with quad-connection support – and a dedicated Google Assistant shortcut key on the edge. 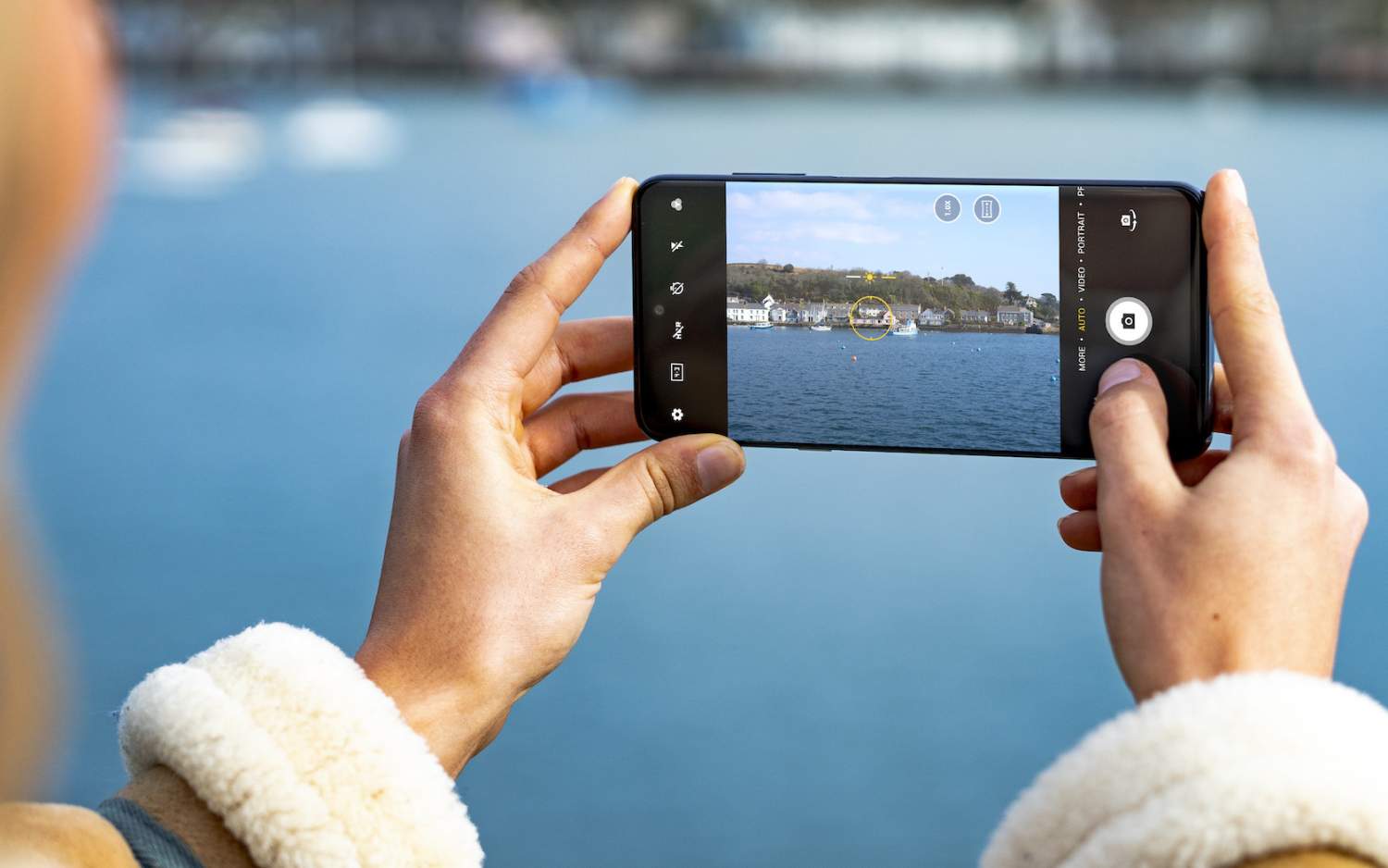 The lingering question may be around long-term support. TCL says that the 20L and the 20L+ will run Android 11 out of the box, and are promising one Android OS upgrade in time. There’s no word at this stage on how many OS upgrades the 20 Pro 5G will be eligible for. That’s not unusual among more affordable phones, but with increasing attention on longevity for even entry-level devices it’s something TCL may have to decide to commit a little more strongly to as it continues to built awareness of its brand.

US pricing and availability for all three phones coming to North America will be confirmed in the coming weeks.