How much can you expect from a new smartphone like the TCL 10L, when it costs just $249? Even before Apple pushed its flagship iPhones through the four-digit price barrier, most of the attention was being paid to the high end of the device world: that, after all, is where the juiciest, most bleeding-edge tech resides.

At this precarious point in 2020, though, the idea of spending $1k+ on a new phone suddenly feels wantonly profligate. Not for nothing was the $399 iPhone SE so hotly anticipated, or is the Pixel 4a so eagerly awaited. That’s not to say there’s no market out there for compelling flagships, but it does open up a new audience to phone-makers like TCL. 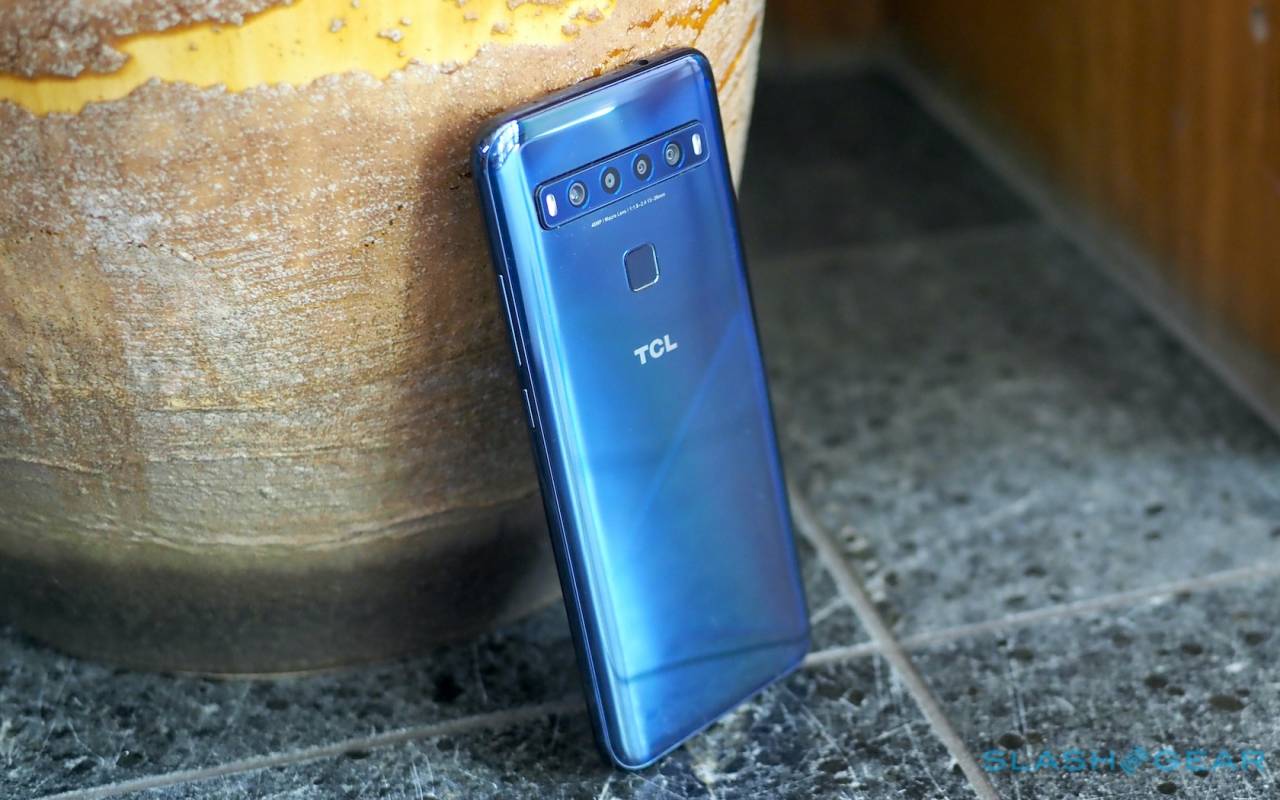 TCL may not be a household name at this point, at least not in smartphones, but that’s not to say it hasn’t got serious experience there. As well as providing white-label handsets for carriers for many years, it’s also the company behind Alcatel, Palm, and until recently BlackBerry smartphones. The 10L – along with the 10 Pro and 10 5G – mark its attempt to break into the mainstream, and it’s not doing it by halves.

If you already have a TCL product, it might very well be a TV. The company is one of the few out there still making its own panels, both large for the living room, and small for smartphones and tablets. Doing it that way, TCL says, it can give you more screen for your money. 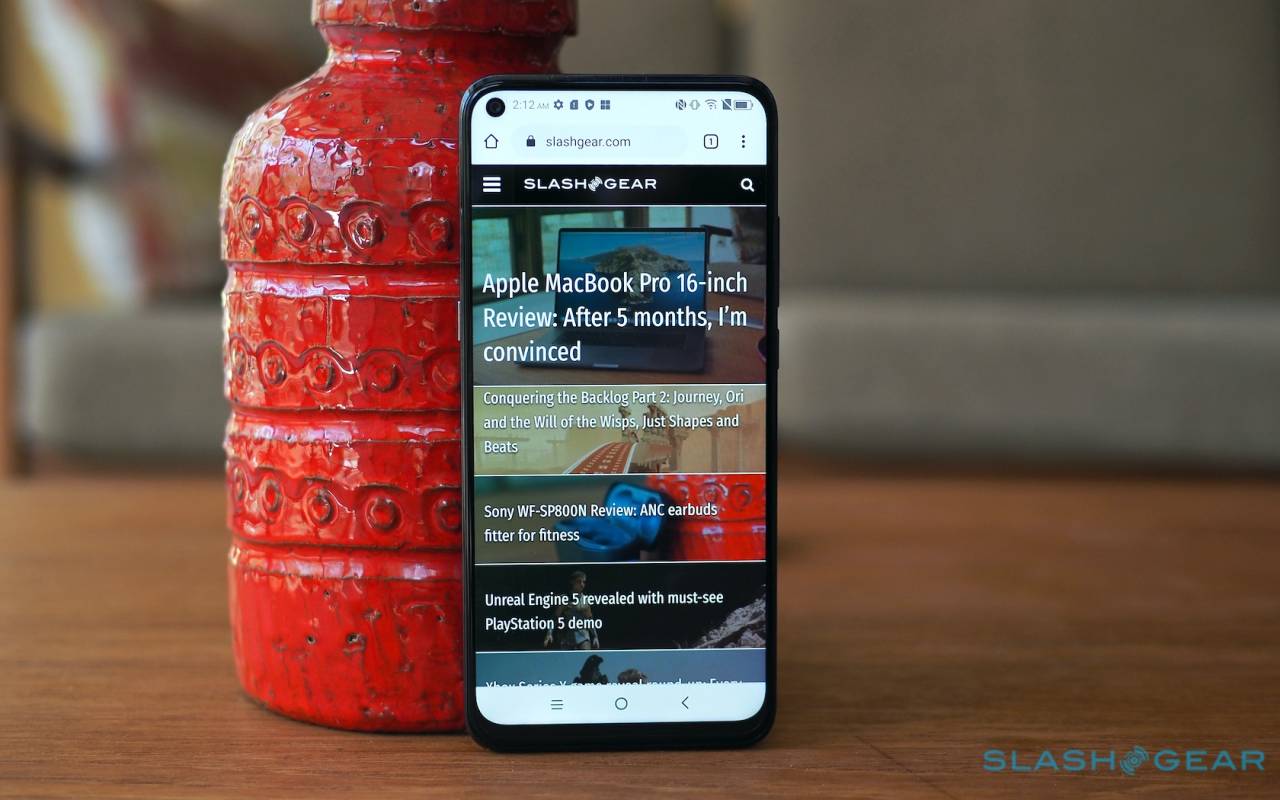 The 10L misses out on the AMOLED panels that its more expensive siblings enjoy, and instead has a 6.53-inch LCD panel running at 2340 x 1080 resolution. It’s protected with Gorilla Glass 3, and TCL says it clocks in at 450 nits of brightness. The bezels around it are slimmer than you might expect for a phone of this price, at least on the sides; they’re a bit thicker at the bottom, but nothing to be ashamed of. 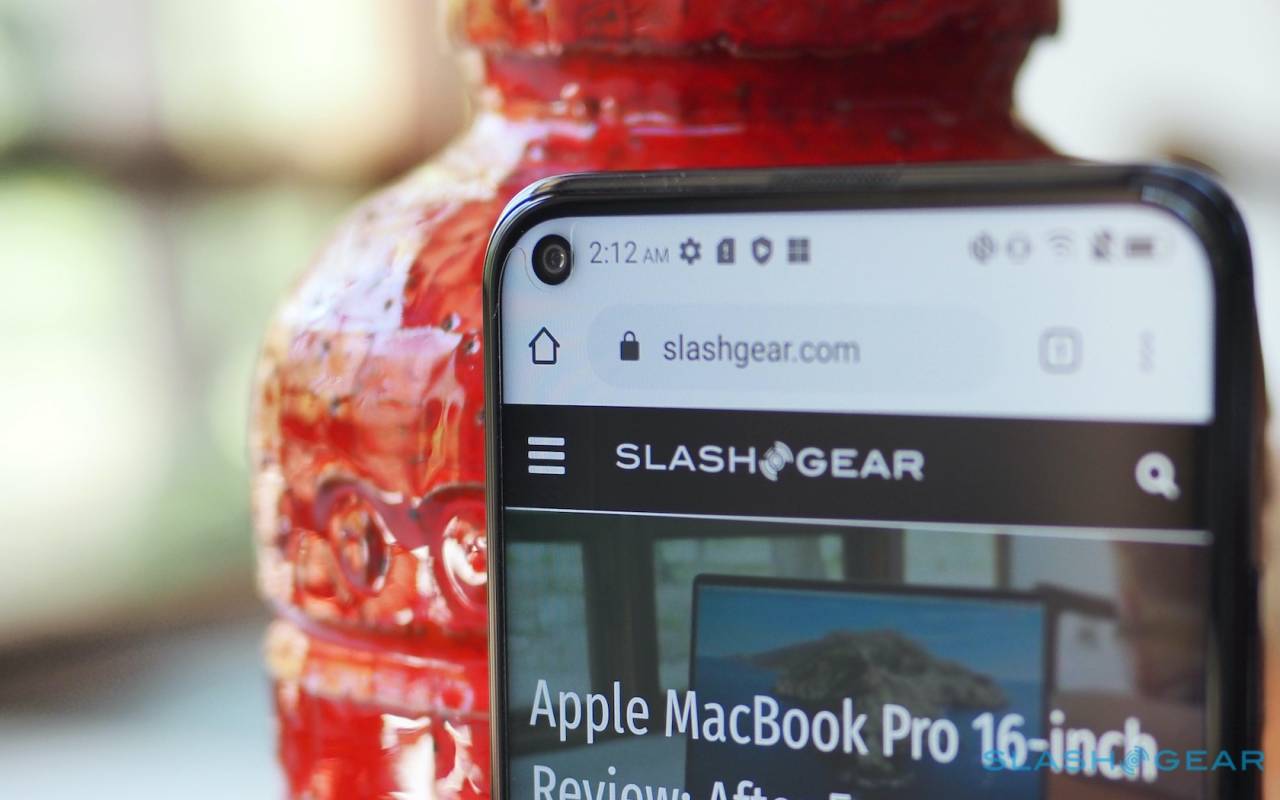 It’s a good screen, if not a great one. Solid colors, bright enough indoors but not so much in direct sunlight. TCL’s NXTVISION enhancement promises SDR to HDR upscaling and photos and video that are easier on the eye; leave it turned on, because things get a little drab without it. You’ll get better blacks with an OLED panel, but then again you’re also only paying $249. I think, for the price, what TCL is offering is plenty. 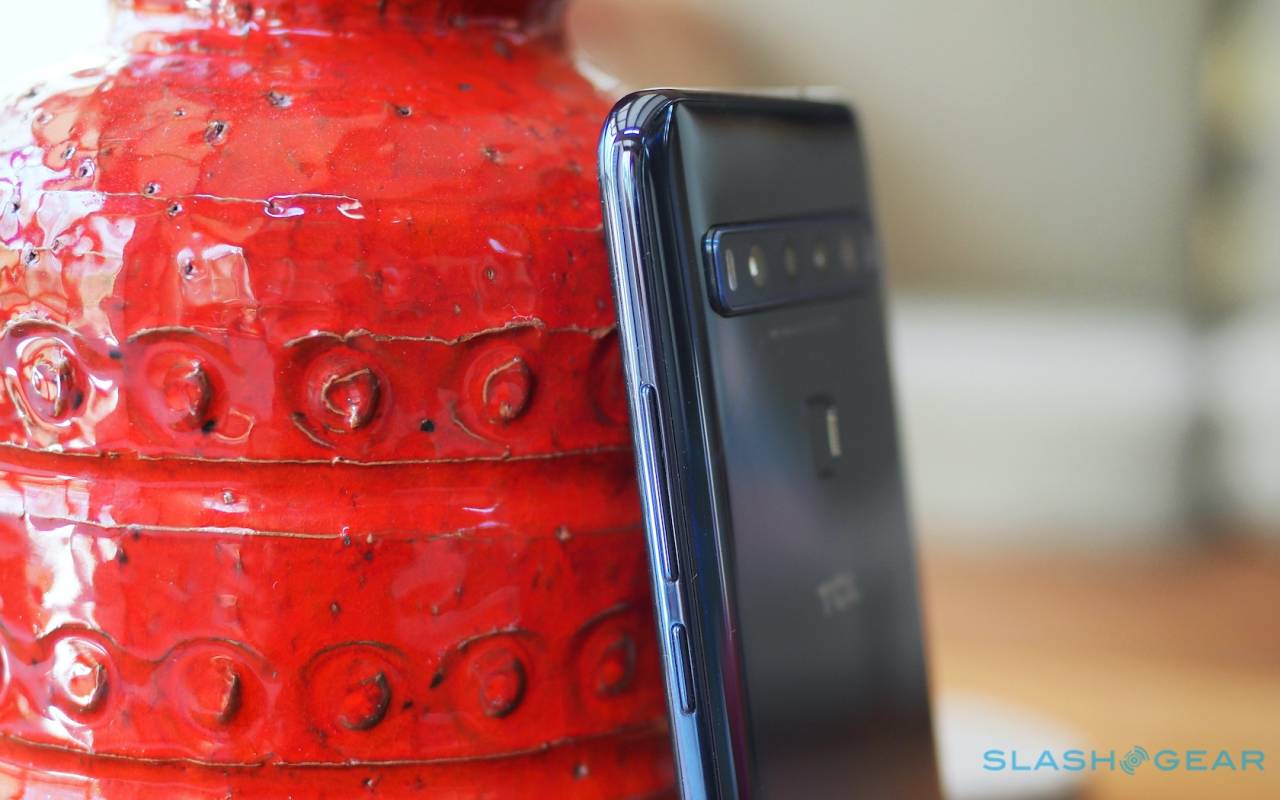 There’s definitely a plastic feel when you hold the 10L. It’s a light phone, at 180g, but the rear panel lacks the premium touch of a glass or metal handset. It picks up smudges and greasy fingerprints very easily, too, particularly on the back when your finger is hunting for the fingerprint sensor there. Maybe it’s the shape of the sides, too, but it feels somehow thicker than its actual 8.4mm dimensions. There’s no waterproofing, either.

TCL doesn’t make its own smartphone chips, and so the 10L gets Qualcomm’s Snapdragon 665 with 6GB of memory. Unsurprisingly, that isn’t going to be as fast as an 8-series or 7-series chipset.

Day to day, the extra RAM shoulders those moments where the CPU is lacking. I’m not going to tell you that the TCL 10L is whippet-fast, but it’ll multi-task Android 10 and run all your everyday apps. Gaming? Plan on spending some more money. 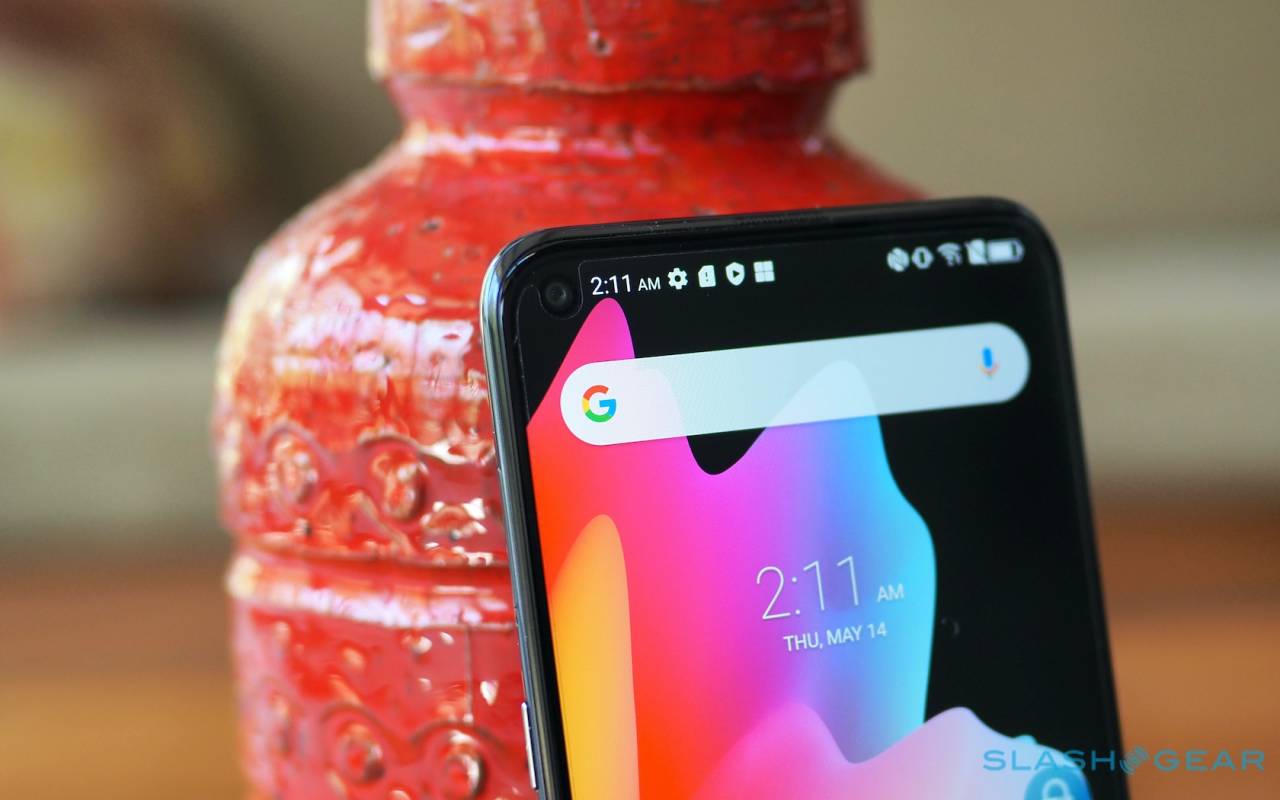 Somewhere it’s clear some cost-cutting went on is in the haptics, the 10L buzzing like a wasp in a thimble. I also wish TCL would commit to more than just one major OS update: you’ll get Android 11, but the company isn’t promising anything about beyond that and “consistent” Android security patches. I’d feel more reassured recommending it to people if I knew they’d at least get two years of major updates.

TCL loads its own TCL UI on top of Android, for better and for worse. I like the customizable Smart Key on the side, which can be set to trigger the Google Assistant, open an app, launch the camera or flashlight, or other features. You get three choices, too, for single, double, and long press. 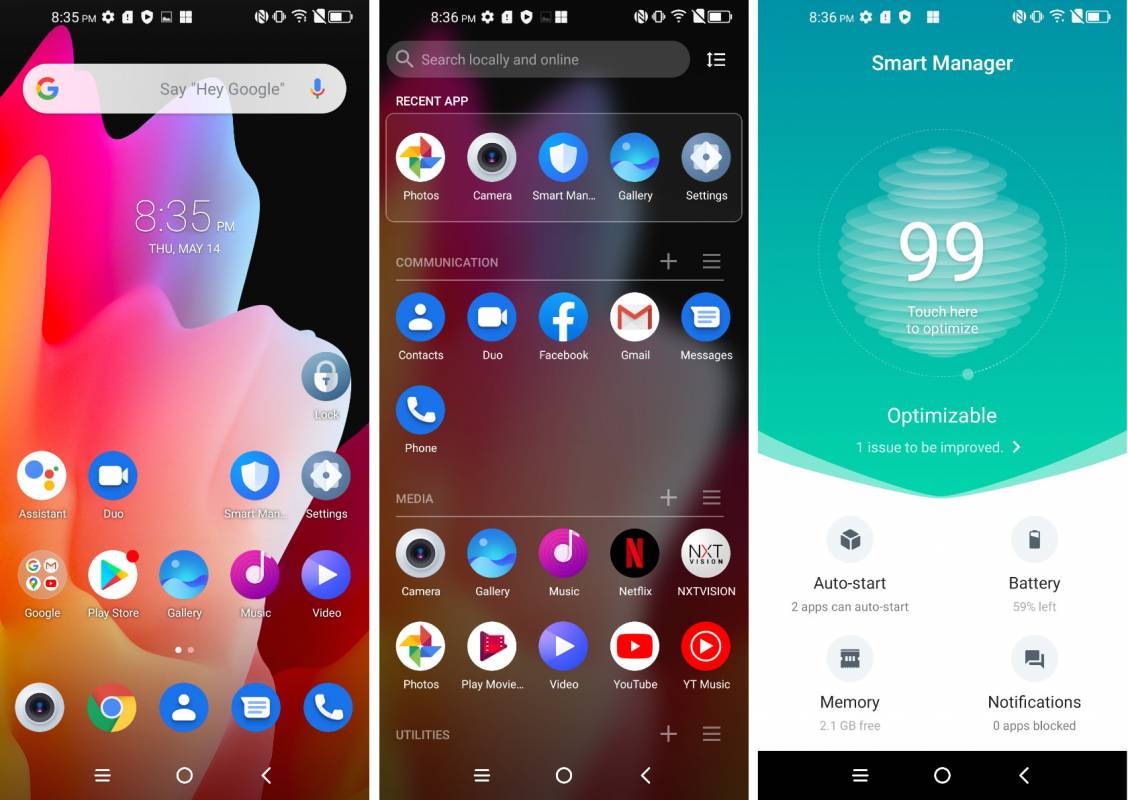 Other changes seem a little less necessary. I’m not sure I ever needed to organize my app drawer into categories like “Media” and “Travel” and I would’ve been fine with TCL using Google Photos rather than its own gallery app. There’s a “Smart Manager” app that tells you how many apps can auto-start when you reboot the phone, which notifications are blocked, and how much memory is used; swipe two fingers up and punch in your PIN, and you get access to a “Private Space” for secure multimedia, documents, and installers. If you’ve been spending your quarantine taking saucy photos and writing pandemic fanfic, here’s where you save it – screenshots are blocked, too.

There are four cameras on the back of the 10L, and one on the front. The rear gets a 48-megapixel main camera, an 8-megapixel super-wide angle, a 2-megapixel macro, and a 2-megapixel depth camera. As for the front camera, that’s 16-megapixels. By default, the 10L captures 12-megapixel images with its main camera, though you can switch to the full resolution of the sensor if you prefer. For video, it’ll do 4K at 30fps, or 1080p at up to 120fps. 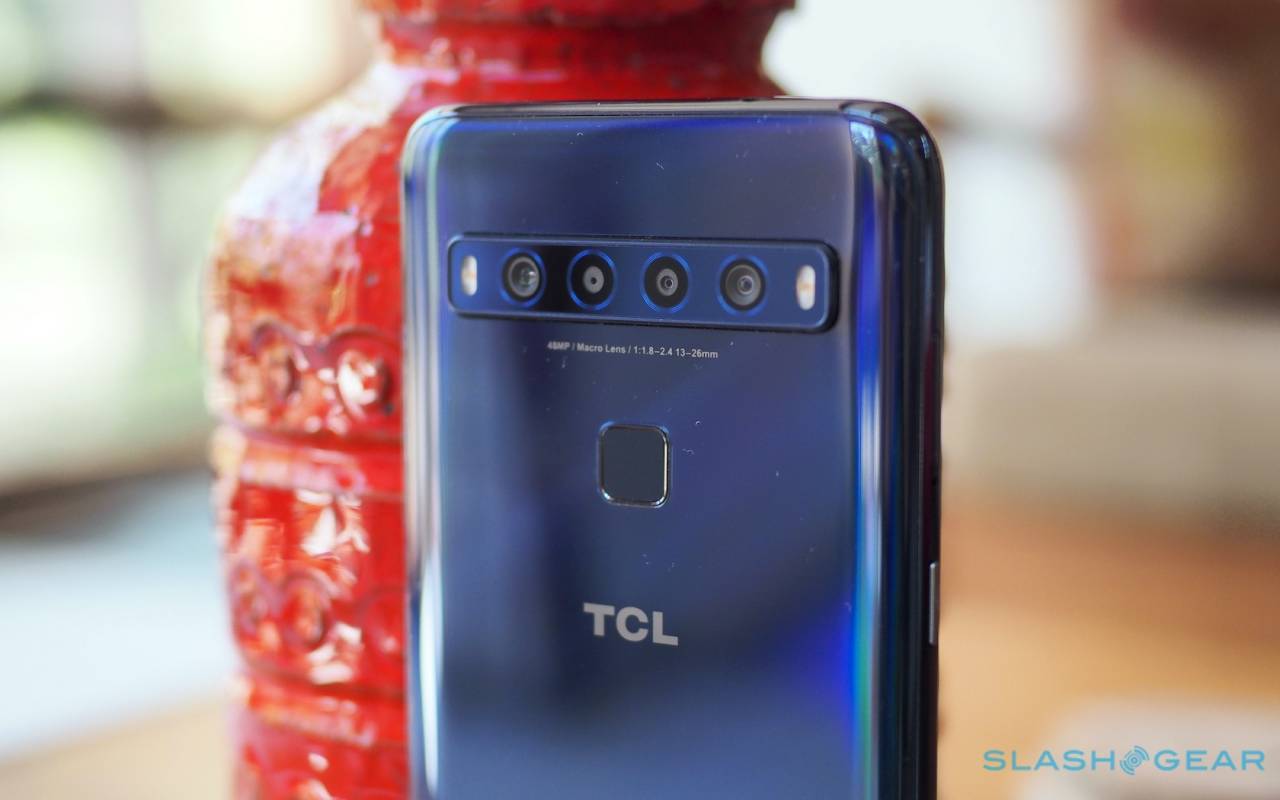 The results are decent, when the lighting is good. Macro mode – which oddly exaggerates the colors – I’d skip, but the main sensor is solid. Its better shots have nice balance to them, with colors nudged to the saturated side of things; the HDR mode could do with being more aggressive as to when it turns on, though you can force it on manually. I’ve also found a few photos which looked fine on the 10L’s screen have turned out to have blur when I’ve enlarged them on a bigger display, even though the subject wasn’t moving. 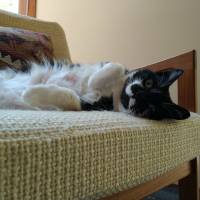 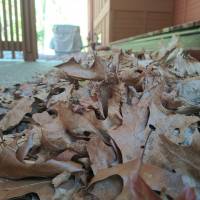 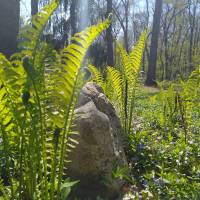 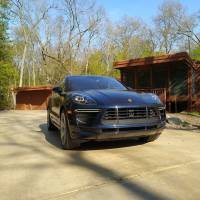 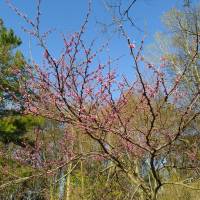 Things go downhill in low-light, however. In a darkened room, the 10L really struggled to lock focus on a moving subject, even if that movement was only slight. There’s no dedicated night mode, either, though the TCL 10 Pro has one. As for the ultra-wide camera, you can fit more in the shot but there’s some distortion off-center. 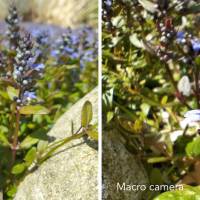 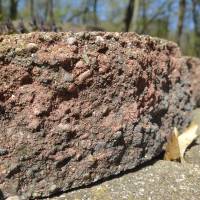 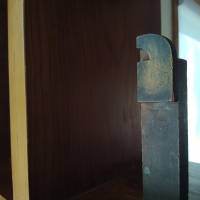 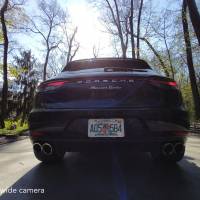 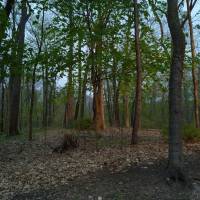 If you’re upgrading from an Android or iPhone that’s a few years old I think you’re going to be content, with the main camera at least. Otherwise, yes, there are obviously better cameras out there – I’m thinking particularly of the Pixel 3a – they just don’t come on a phone that only costs $249.

With a 4,000 mAh battery, and a relatively frugal Snapdragon processor, it’s no surprise that the 10L lasts a day without issue. There’s no rapid charging, nor wireless charging, but at least TCL uses a USB-C port rather than microUSB. 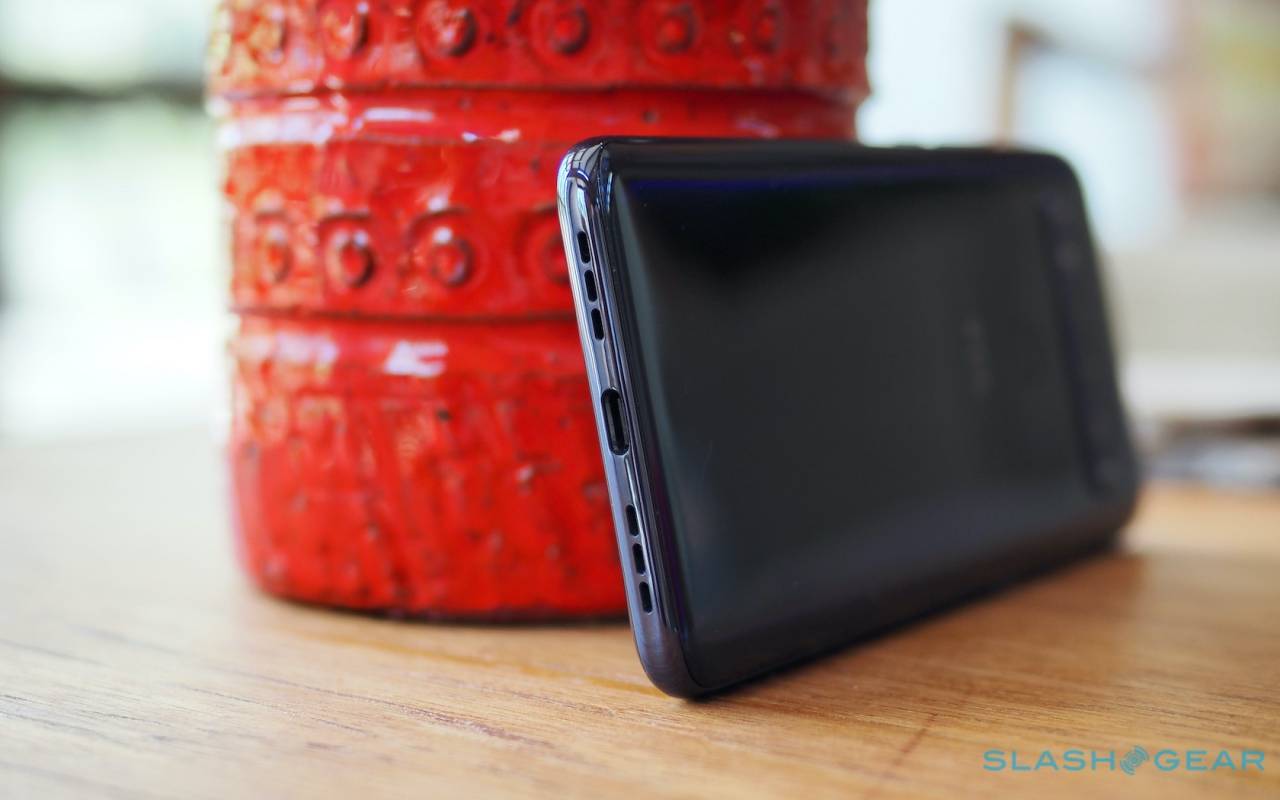 There’s also no WiFi 6, nor 5G – if you want the latter you’ll need to wait for TCL’s also-aggressively-priced TCL 10 5G coming later in the year – but which I don’t think you’ll really miss; the LTE tops out at Cat 6, though, which means 400Mbit/s downloads maximum. That could be more annoying. You do at least get Bluetooth 5.0 and apt-X audio, along with NFC for mobile payments, and a 3.5mm headphone jack. 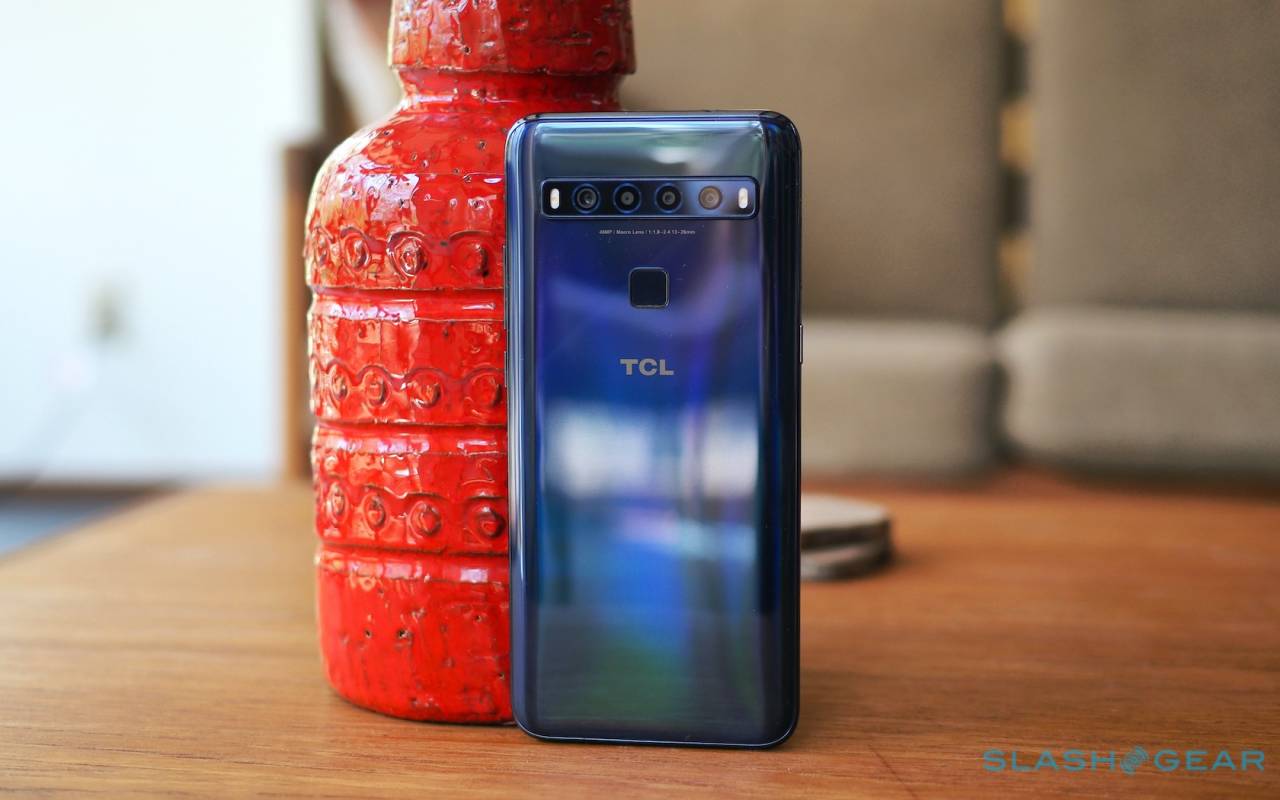 On the one hand, that makes for a no-brainer. At the same time, I do wonder whether many people might be served just as well by opting for a flagship phone from a couple of years ago. This year’s high-end devices may command four figures, but dip into the back-catalog – particularly if you don’t mind a refurb – and there are some great deals to be had. Of course, then you have to contend with potentially not getting all the software updates that the 10L will.

If I’m being totally honest, I think there’s a lot to be said to prying open your wallet a little broader. The Pixel 3a has its share of faults, but its camera performance is markedly better. All the same, I recognize that for many people – and not just in this economic climate, either – that’s just not an option. That makes the TCL 10L, and what TCL is doing in general, important, because while it’s relatively easy to make an everything-and-the-kitchen-sink flagship, building something to an aggressive price is much, much harder. Even if the TCL 10L isn’t for you, that makes it still a phone worth admiring.