The incoming T-Mobile myTouch 4G Slide has been caught in the wild once again, only this time around the photos are a whole lot less blurry. The QWERTY-blessed slider, TmoNews‘ tipster confirms, runs Android 2.3 Gingerbread with HTC Sense and is “much like the Sensation but with some specific myTouch features.”

The keyboard comes in for some praise as well, described as “amazing”, while the phone itself is said to be “surprisingly fast.” Weight is a little greater than the T-Mobile G2, though the keyboard feel is on a par, while there’s an 8-megapixel camera with autofocus and a dual-LED flash on the back.

Formerly known by its codename, the HTC Doubleshot, the smartphone was spotted crossing the FCC at the start of the month. A July 6 release has been suggested, though not yet confirmed, by a leaked T-Mobile USA roadmap. Other specs are expected to include HSPA+ 4G and a dual-core processor. 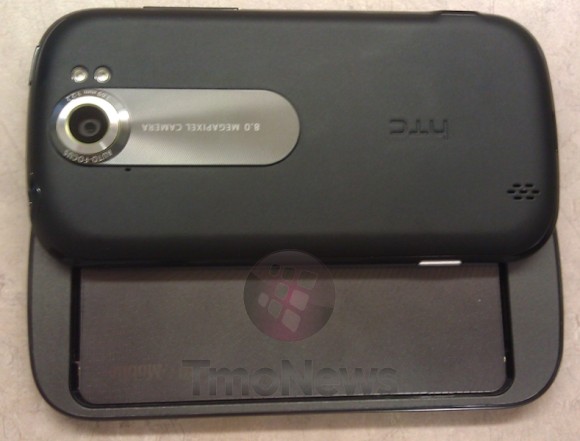