Apple announces that Swift of iOS will be open source from this point on. WWDC 2015 is home to this announcement, the honor of announcing goes to Apple’s senior vice president of Software Engineering Craig Federighi. This open source bit will be married to the release of iOS 9. This software will be released for developers in a public beta starting in July. This will be a free upgrade as all IOS upgrades are, and “all currently supported devices” will be included. Developers rejoice, change is afoot.

What does open sourcing Swift mean for developers? It means a lot more freedom. It means the ability to take the code and go wild with it. It means apps are about to get more powerful because people will be able to experiment more.

It means so very much for developers that’ve been using a closed-source OS for many years. 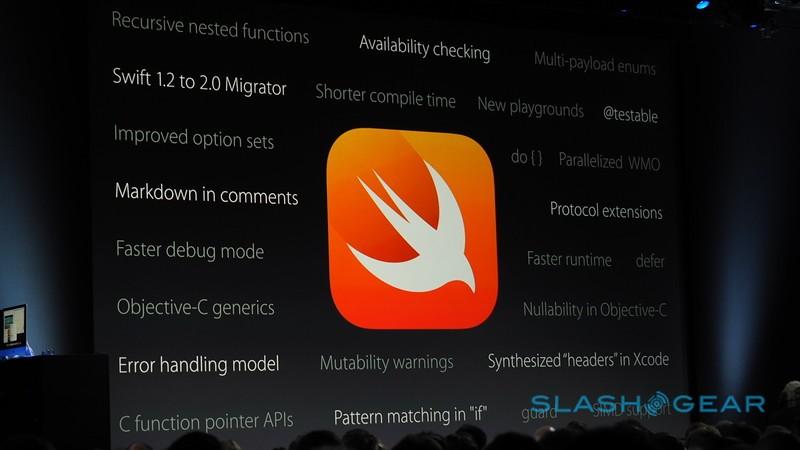 Calling this a big deal for iOS developers would be a gross understatement.

If the crowd at WWDC 2015 was any indication, this is the biggest upgrade not only Swift has ever gotten, but iOS as well.

Stay tuned to our Apple Hub and WWDC 2015 tag portal for more throughout the weak!