Swatch will battle smartwatches with NFC in dumb watches

Rather than combat smartwatches head-on, Swatch is aiming at a niche service offered with many platforms. Speaking to media at Swatch’s annual ‘Media Day’, CEO Nick Hayek confirmed the watchmaker had signed deals with three bank card associations to bring NFC to Swatch’s incoming lineup of watches for the purpose of mobile payments. NFC will also make its way to wearables across Swatch’s lineup, from the low-cost plastic variants to their top-end Omega brand. Swatch confirmed China UnionPay as a partner, but refused to name the Swiss bank and credit card company they’d also partnered with.

Swatch unveiled their first ‘smart’ wearable recently, the Touch Zero One. The product is aimed at a niche market — beach volleyball enthusiasts — but has enough fitness tracking brains to be considered a smartwatch. 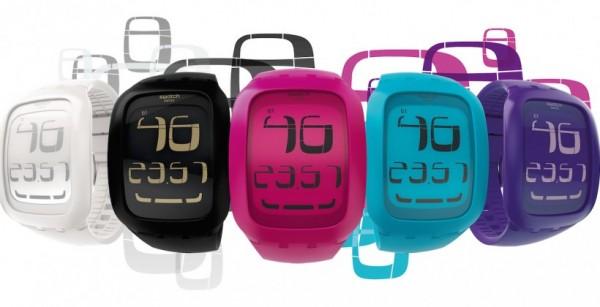 Speaking about NFC in Swatch watches, Hayek said “”We are not a consumer technology company. We don’t want to produce a reduced, minimized mobile phone on your wrist.”

Though we’ve seen watches like the Withings Activite bring activity tracking to the wrist in a form that is a bit more approachable as a watch, Swatch’s NFC workaround is unique. It also seems to be a standalone deal, not part of a larger conglomerate like MotionX.

Swatch isn’t trying to edge out Apple Watch or Android Wear, though. Hayek praised Apple Watch as the nicest smartwatch he’s seen yet, but says there’s room for those kinds of devices as well as ‘dumb’ watches with smartwatch features. “One doesn’t exclude the other,” Hayek said.